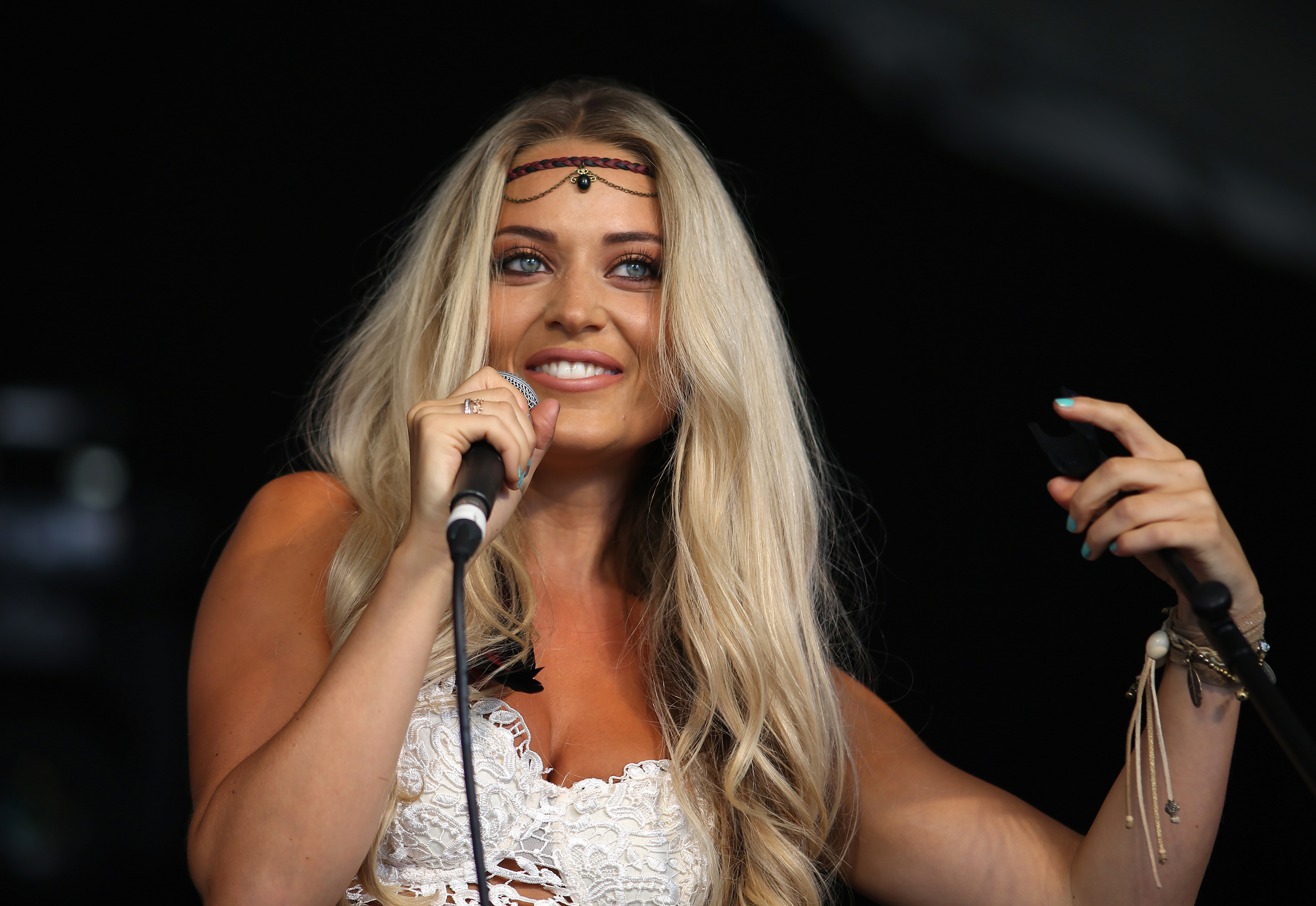 Hollyoaks actress Abi Phillips has announced she has been diagnosed with thyroid cancer.

The 28-year-old soap star, best known for playing Liberty Savage, shared the devastating news on Monday in an Instagram post, along with a photo of her wearing a hospital gown and another showing a bandage over her throat.

In a lengthy message detailing her ordeal, Abi wrote: ‘So, I took these pictures before my scans and after my biopsy having a good old laugh about how ridiculously dressed up I looked in the hospital before a gig, not expecting for one moment to get the news that I did two weeks later…

‘I’d previously been sent away from the doctors after having found two lumps in my neck, they’d passed it off and said I was “young” and it wouldn’t be anything and I was “probably getting over a cold” or my body was “fighting something off”. As much as that’s what I wanted to hear I wanted to get everything checked for my own peace of mind.’

Abi went on to explain how she booked in to see a specialist, who immediately told her she was ‘very concerned’ about the lumps due to where they were located, and referred her for an urgent biopsy and scans.

She then revealed: ‘Fast forward two weeks and just before Easter weekend I had an appointment to see a consultant at the QE hospital who sat me down and told me that I had been diagnosed with thyroid cancer, and that I would need surgery and radiotherapy treatment.’

‘I never thought I would be told that I have cancer at the age of 28, you never think it’s going to happen to you.’

Abi added that she wouldn’t have pushed to see a specialist if it weren’t for Love Island star Demi Jones sharing her thyroid cancer ordeal on social media, and realised that their lumps were ‘in the exact same place’.

Urging her followers to be proactive about their health, Abi continued: ‘If ever you find a lump or something unusual on your body, never just think it’s nothing, don’t be told that you’re fine by the GP and you’re “young”, always get things checked out by a specialist if you can and insist on tests even if it turns out to be nothing, as catching things early is crucial for a good prognosis 💗

‘This time next week I’ll be on the road to recovery after my operation.’

Abi found fame on Hollyoaks at the age of 16 when she debuted as Liberty in 2010. She also famously wrote the song Missing You that featured in Steph Cunningham’s death scene.

She’s also a singer and released her first song, Summer Sunshine, in 2011, while also appearing on The Voice UK in 2017.

If you or someone you care about has been diagnosed with cancer, Macmillan can offer support and information.