RICKI LAKE’S life story reads like the titles of the most dramatic episodes of her iconic Nineties chat show.

“How a dog saved my life after the suicide of my husband! Why I left my marriage and job after nearly dying on 9/11!” 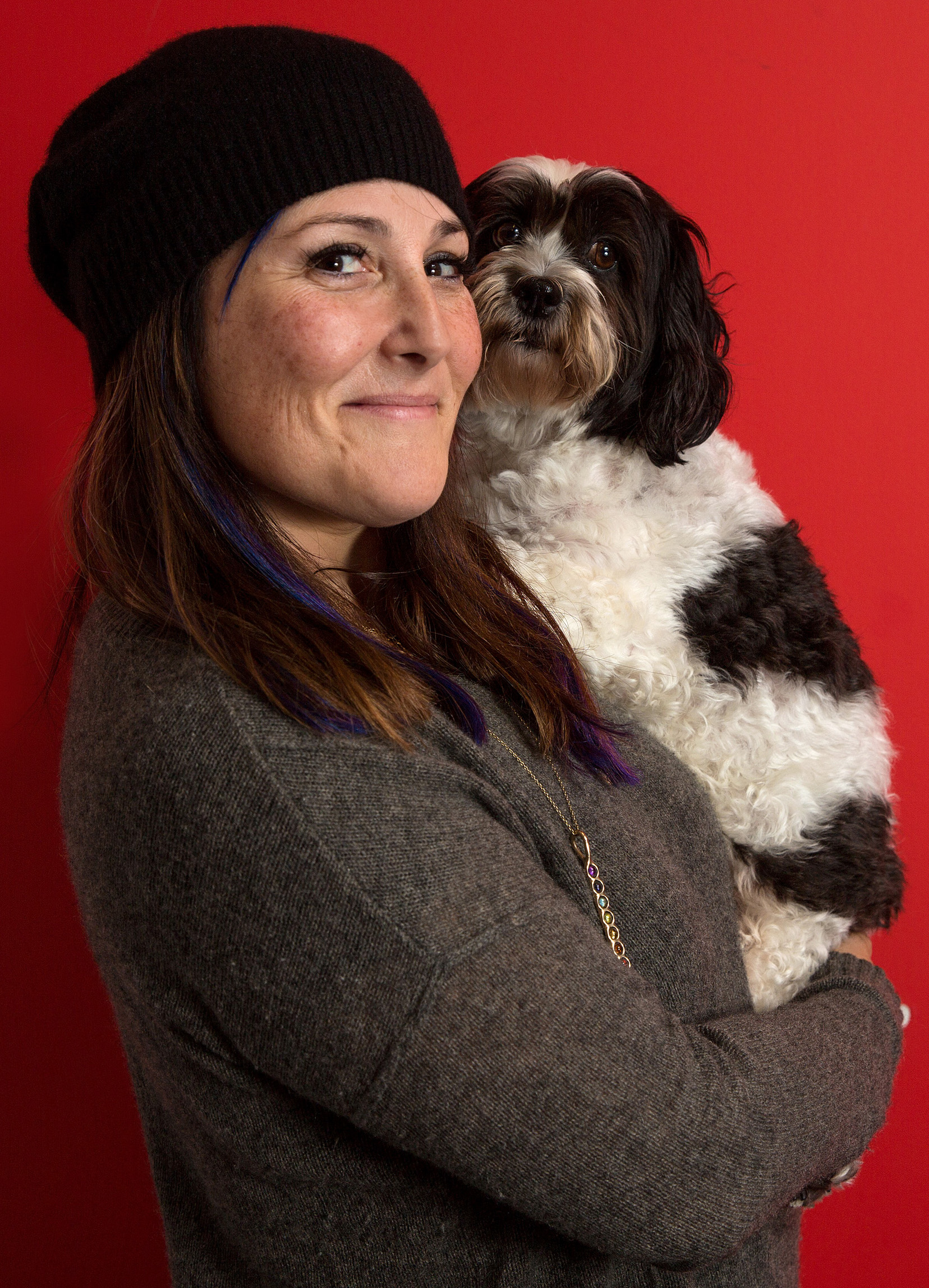 “My childhood was stolen because I was sexually assaulted in my home — but my parents never spoke about it! I burnt my own house down — but escaped the inferno topless!”

After becoming a household name by exploring the weird and wonderful private lives of ordinary folk for a decade on the hit Channel 4 show, the 51-year-old is now ready to open up about the tragedy of her own life — and how she came back stronger.

On Friday night Ricki — Tracy Turnblad in the original Hairspray movie — returns to primetime TV as a contestant on ITV’s X Factor: Celebrity, where she will sing the emotional Us by James Bay in tribute to her husband Christian Evans, who died by suicide in 2017 after a battle with bipolar disorder.

Ricki is joined during our interview by Shih Tzu poodle Mama, her legal therapy dog, who travels with her everywhere following his passing. 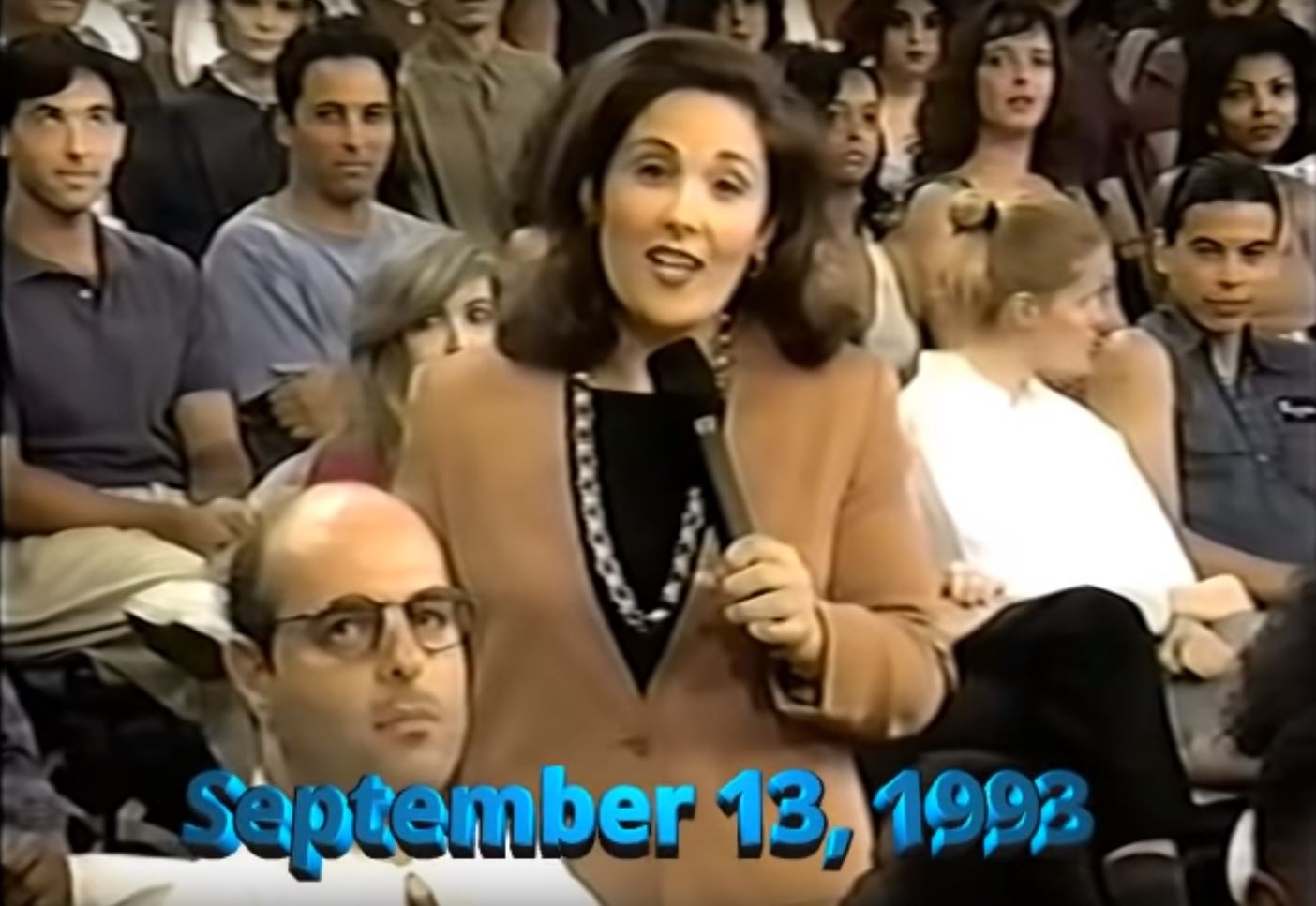 “I rescued her and then she rescued me,” Ricki explains in her all-American accent that zings with empathy. “When I drive my car she sits on my lap and it’s like this calming presence and it’s palpable. She’s like medicine.”

Ricki plunged into depression after Christian’s death. She married the jewellery designer in 2012 and filed for divorce three years later. But their relationship never ended. She was in London guest-judging Take That’s BBC1 talent show Let It Shine in 2017 when she got the news she had long dreaded.

With her eyes welling up and her voice choking, she says on the new episode of my podcast The Dan Wootton Interview: “I was on this high and we were about to go to Chiltern Firehouse (restaurant) and I got the call from his sister and then an email — and I felt him leave.

“I don’t know how I got home to LA. You have to deal with the coroner and his family and his wishes and funeral arrangements. I don’t know how I did it all. He’s my favourite person. If I go there I could get really teary eyed — he’s literally the best thing that ever happened to me. It’s nice to be back in London after having these traumatic experiences. I do feel that he’s with me.” 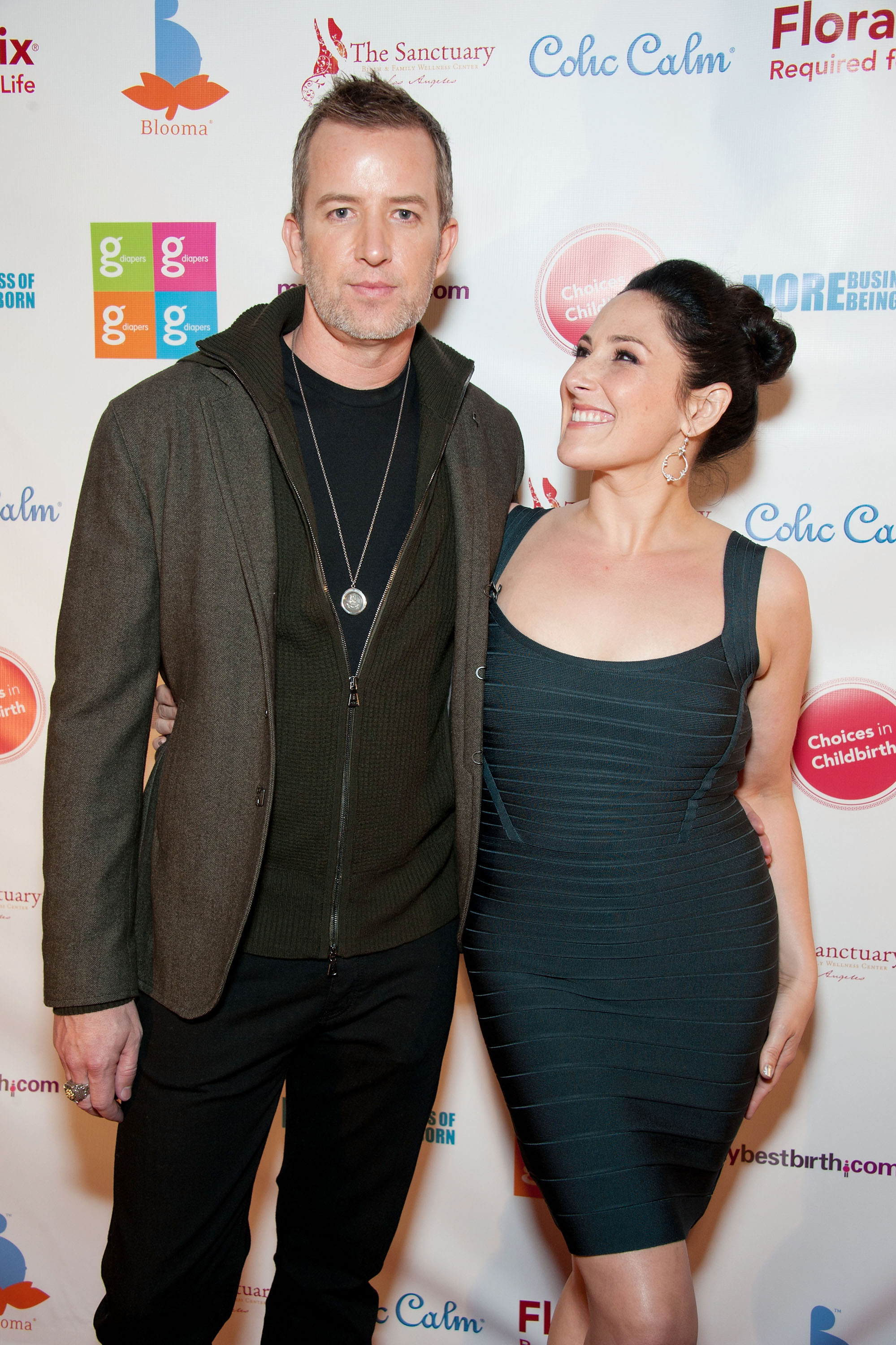 She explains: “Christian had two episodes while we were together. It just keeps going higher and higher and higher to where he thinks he can fly. He left his Range Rover on the side of the road on a freeway because he could time-travel and he didn’t need it any more.

“And I just didn’t see it coming. Then they crash. What goes up has to come down. Then he becomes suicidal and then we put him in a treatment centre. I didn’t know what to do and the second time I had to save myself. It was so outrageous. And yet he was my favourite person I ever knew, he was so gifted. They say genius and madness go hand in hand. I was never happier than when I was with him, it’s just a tragedy that I don’t think I’ll ever fully recover from.”

Ricki aims to “get rid of the judgement and stigma” around suicide, and says: “It’s really out of their control, like cancer. It’s not their fault. I know in my heart I did everything I could and I know in my heart by sharing my story I’m helping other people. I don’t want him to have died in vain. I would love to help others by being honest and transparent about what I’m going through.” 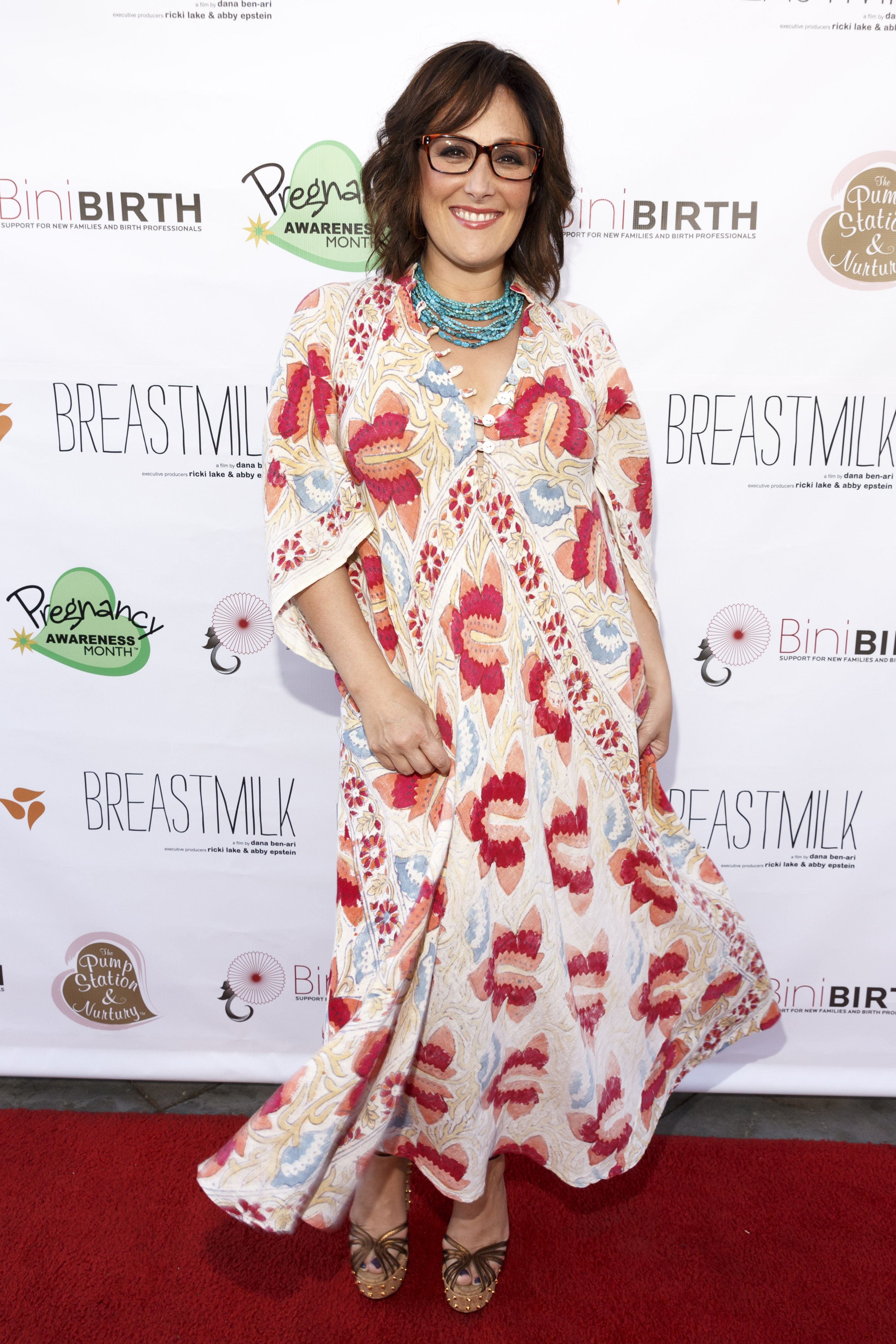 Ricki has found love again, with eco fashion designer Jeff Scult, after being introduced by a mutual friend. She says: “I thought I was asexual at this point. Honestly, I was like, ‘There’s nobody I’m interested in.’

“He walked in and he reminded me of my husband. There’s an essence and a quality about him. And it took him a little while to see me that way but I wore him down.”

Ricki’s two children — Milo, 22, and Owen, 18 — came from her first marriage, to Rob Sussman. They divorced as a direct result of the trauma she suffered in New York on September 11, 2001, when she saw the second plane fly into the World Trade Center from the roof of her home in the West Village as she cradled Milo, then four.

She recalls: “We had a full view and I saw the other plane coming down the Hudson. You see it in slow motion, really thinking you’re going to die. I thought it was the end of the world and I had a real moment of clarity where I said, ‘If I live through this day, I’m leaving New York and leaving my job and leaving my husband.’ It was very clear. It took a while to make all of those things happen.” 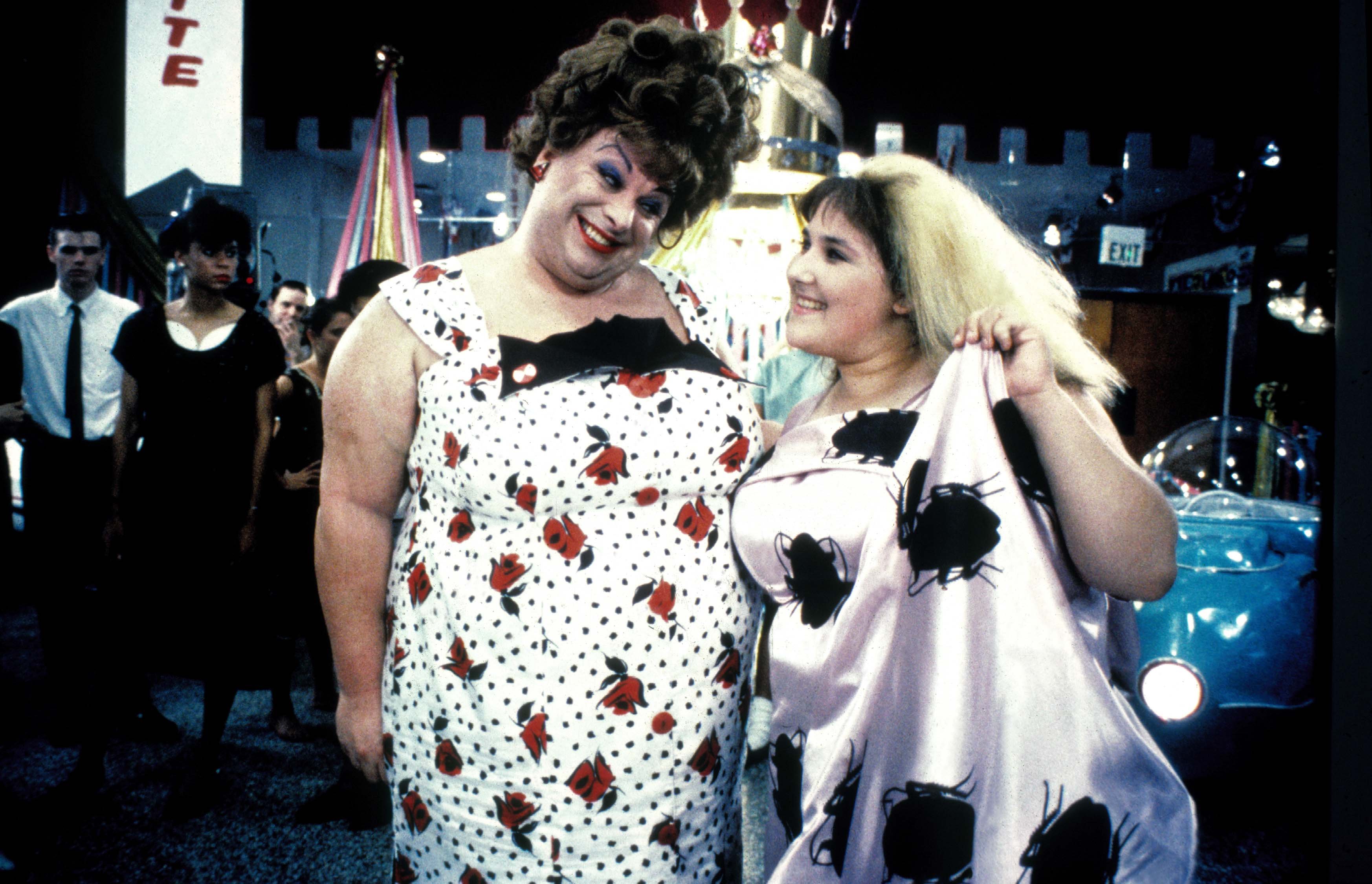 Her next big trauma came in 2010 when her Malibu beach house burnt down with her and the kids in it   —  which she says was her fault. She recalls: “I accidentally started the fire. I was lighting this decorative indoor flame and it blew up. It lit the couch on fire and the whole house was gone in 15 minutes.

“We ran out of the house with my two children and my dog at seven in the morning, with the clothes on our back. I had no bra, I had no shoes on. It was incredibly traumatising.”

Ricki, who has had a life-long battle with her weight, believes talking about trauma is an essential part of recovery, which is why she decided to tell the story of how she was sexually assaulted as a young child by a worker at her parents’ home.

While firing the man responsible, her mum and dad never discussed the assault with their daughter. She says: “This was the late 1970s and it wasn’t talked about. You push everything under the rug. 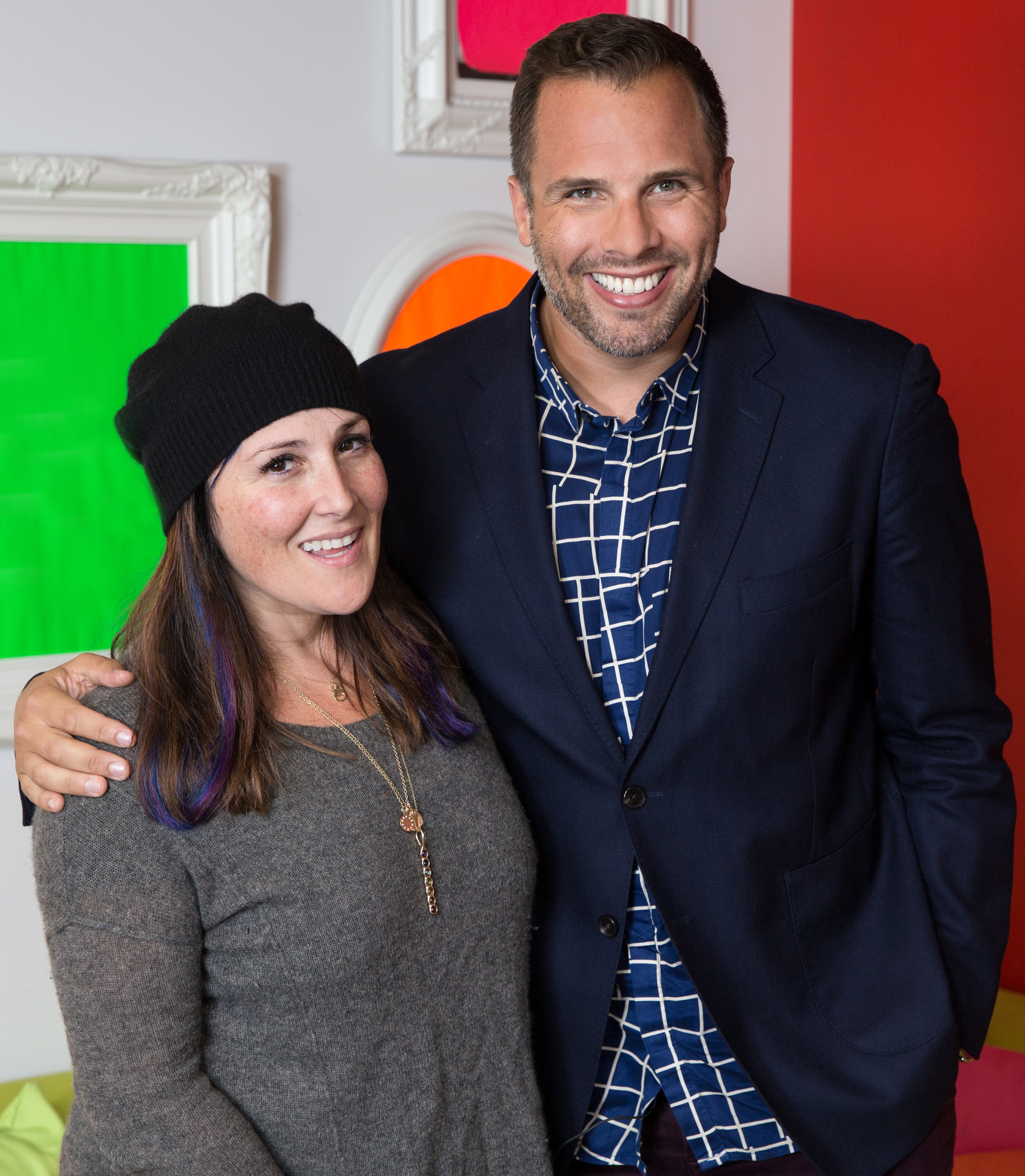 “Obviously I wished that never happened to me. Once you unleash this secret it isn’t such a big deal, and that was pretty healing.”

Ricki’s weight has ranged from eight to 14st over the years but she says: “I’m at a pretty much healthy weight now. I can fit into my old clothes. It’s about balance. I’m now 51. I’m in a beautiful relationship with this amazing man, I feel very in touch with my body. I feel very liberated, my body works, I don’t look my age, I haven’t had anything done to my face — nothing, nothing, nothing.”

It’s impossible for me not to back Ricki to win X Factor Celebrity. The woman who helped me discover myself by watching her enlightening and ground-breaking chat show every day after school throughout my teens has been through more than most people ever have to cope with. But she hasn’t lost that positivity or spark that saw her become so beloved.

She smiles knowingly when I tell her the personal impact she had on me, then adds: “I think people rooted for me. Oprah was the person trying to help everybody live their best lives. For me, I’m like, ‘I’m a mess too, let’s figure this out together.’ My very loyal fanbase has had my back.”

X-cited to be in London

RICKI is delighted to relocate to London for two months during the screening of X Factor: Celebrity.

She says: “I was thrilled at this opportunity, honestly. People were like, ‘Why are you doing this?’ I’m like, ‘Why the hell not?’

“This is amazing, to get to live in this city, to get to reintroduce myself to this audience who always loved me and grew up for me, and try something I’ve never done before.

But that positivity does not mean Ricki expects to be the show’s celebrity winner.

She says: “I’m not expecting to win a record contract.”

Instead, fellow TV personality Martin Bashir is getting her early support because of his emotional audition dedicated to his late brother Tommy.

Ricki says: “It just goes to show you don’t necessarily have to have the best voice to do well in this thing.