I'M A Celebrity… Get Me Out Of Here viewers were left raging as Ant McPartlin and Declan Donnelly helped Shane Richie 'cheat' during last night's trial.

The Geordie duo were called out by fans after assisting the 56-year-old EastEnders star as he tackled The Cruel Jewels on Tuesday night's episode. 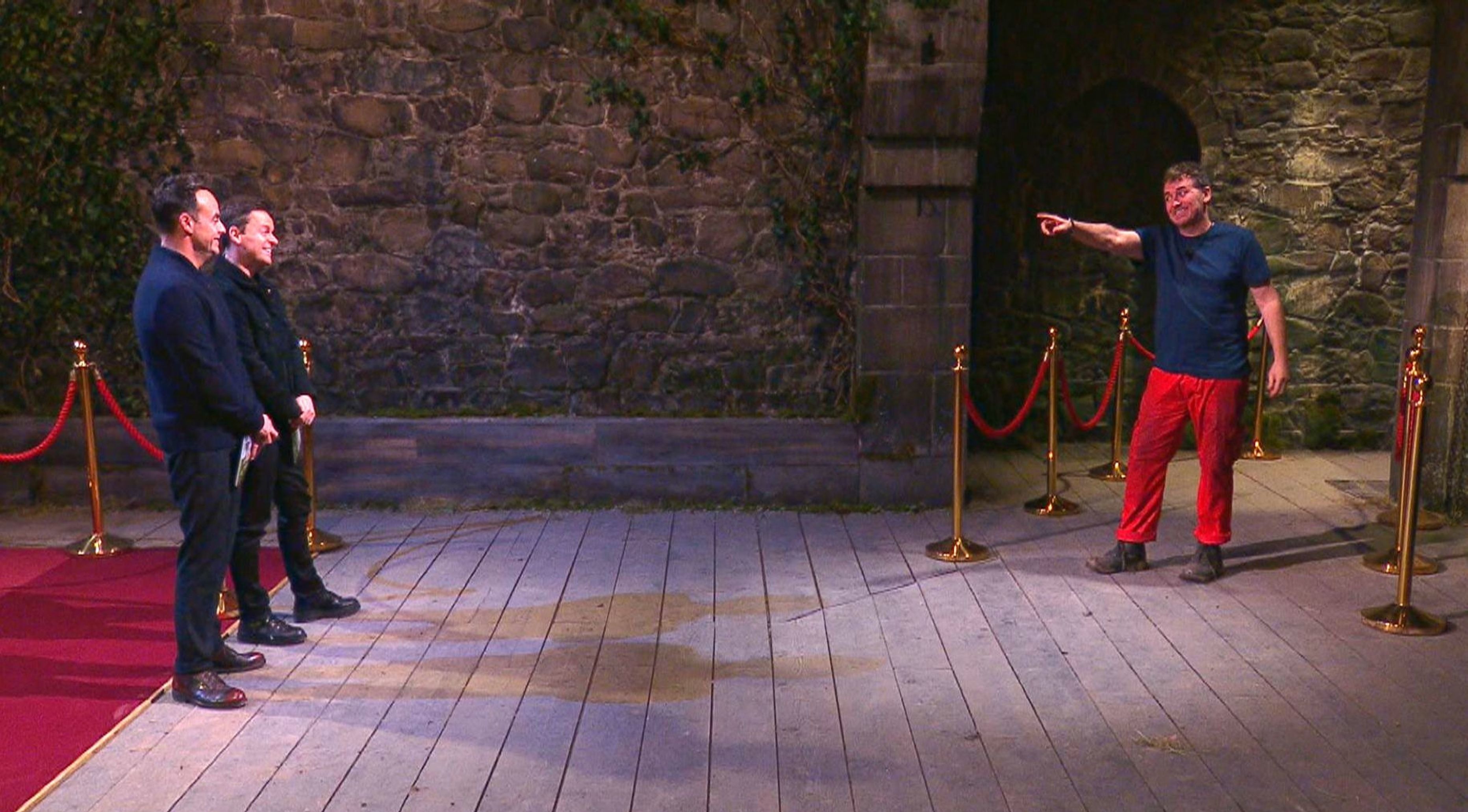 During the trial, Shane attempted to collect a star by putting his head in a box full of critters.

But after missing out on the star, the hosts told him it was located underneath the throne he was sitting on.

The helping hand didn't go unnoticed by viewers, as they took to Twitter to complain.

One viewer wrote: "Why are they helping Shane by telling him where the stars are? But yesterday, they didn't help AJ and Jess in pitch black." 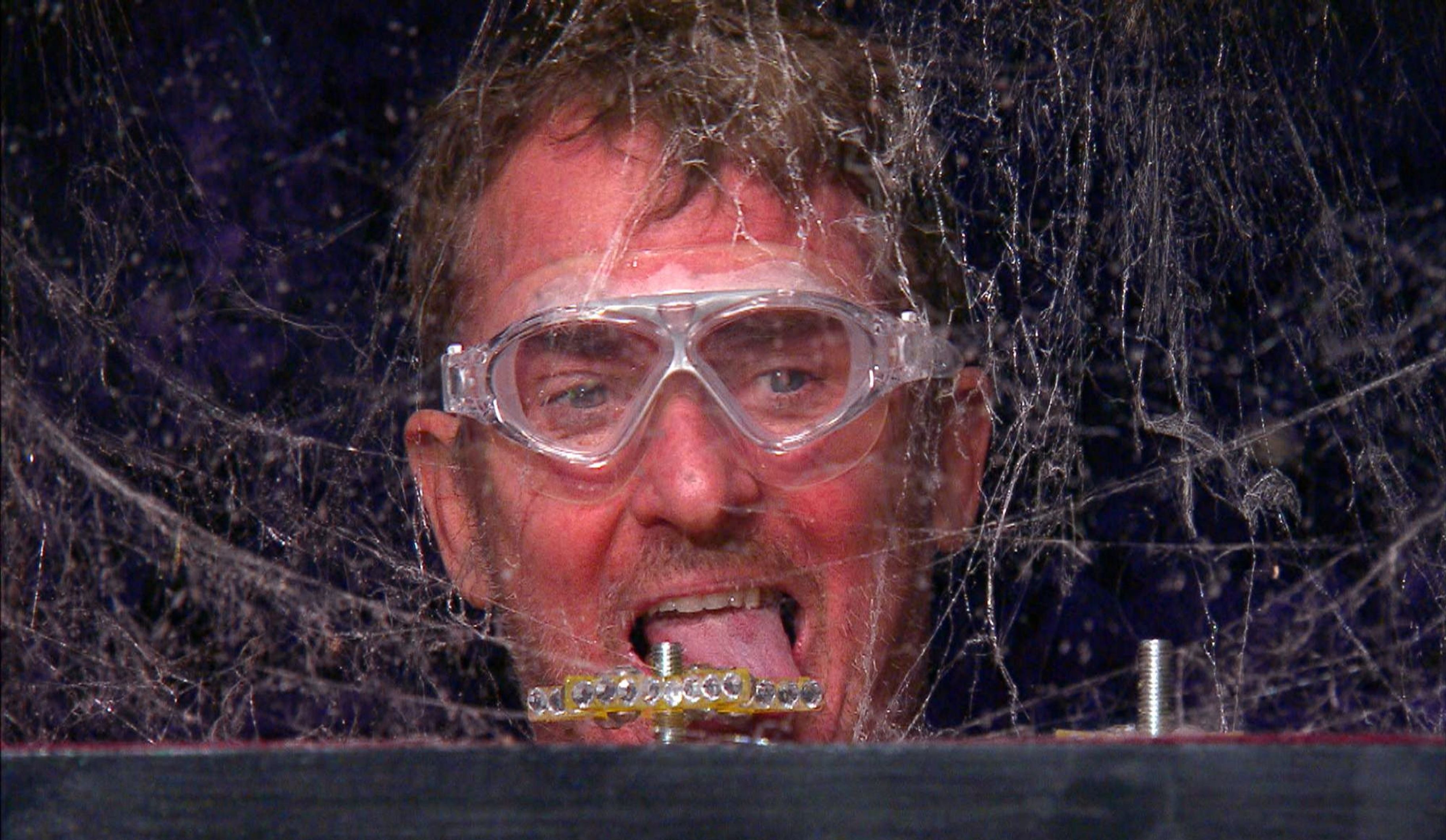 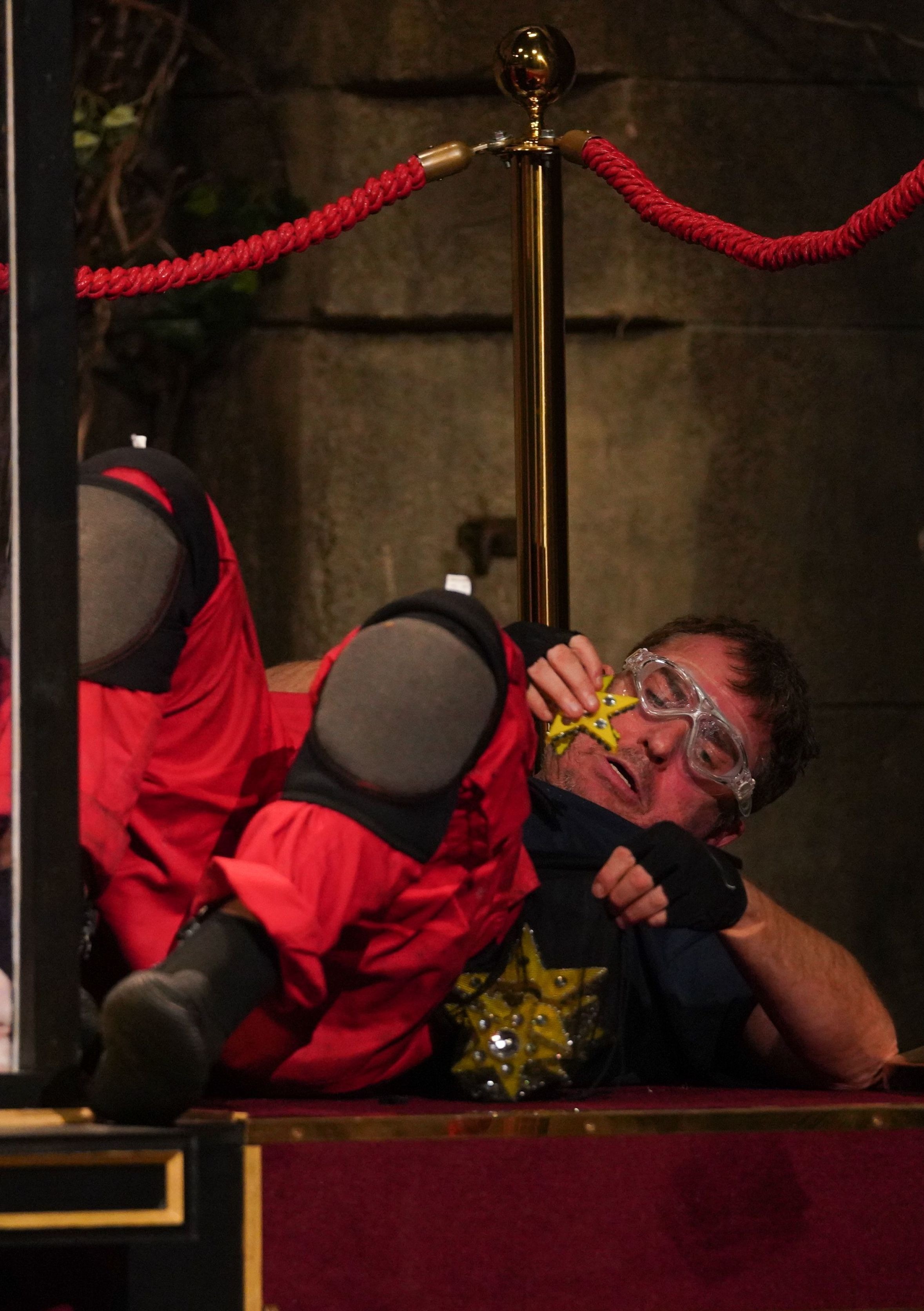 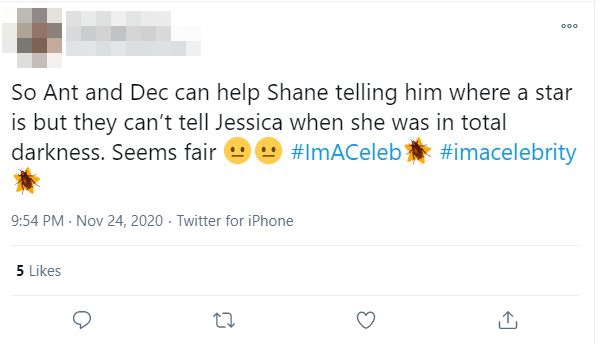 A second added: "I’m sorry but that trial was so easy and Dec telling him where the stars are Shane Richie made it look easy absolutely #ImACeleb."

A third wrote: "So Ant and Dec can help Shane telling him where a star is but they can’t tell Jessica when she was in total darkness. Seems fair #ImACeleb #imacelebrity."

Another said: "Why did ant & dec help shane Ritchie so much in his trial?????"

A fifth raged: "How come Ant & Dec could tell Shane that star was at his feet, but didn’t tell Jessica & AJ when they were crouched over one?" 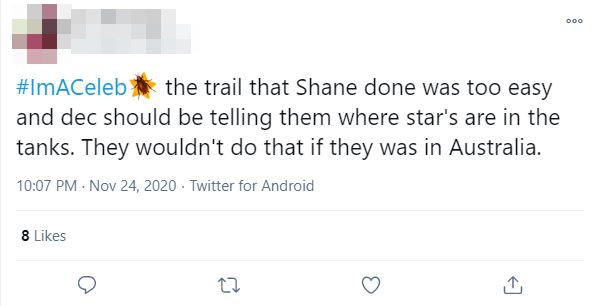 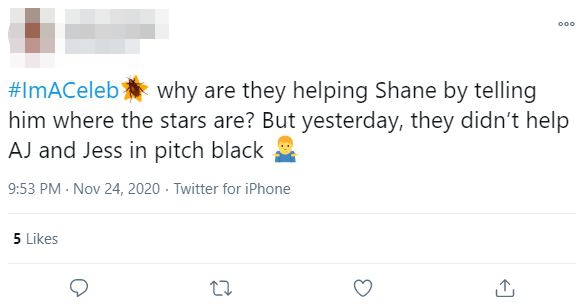 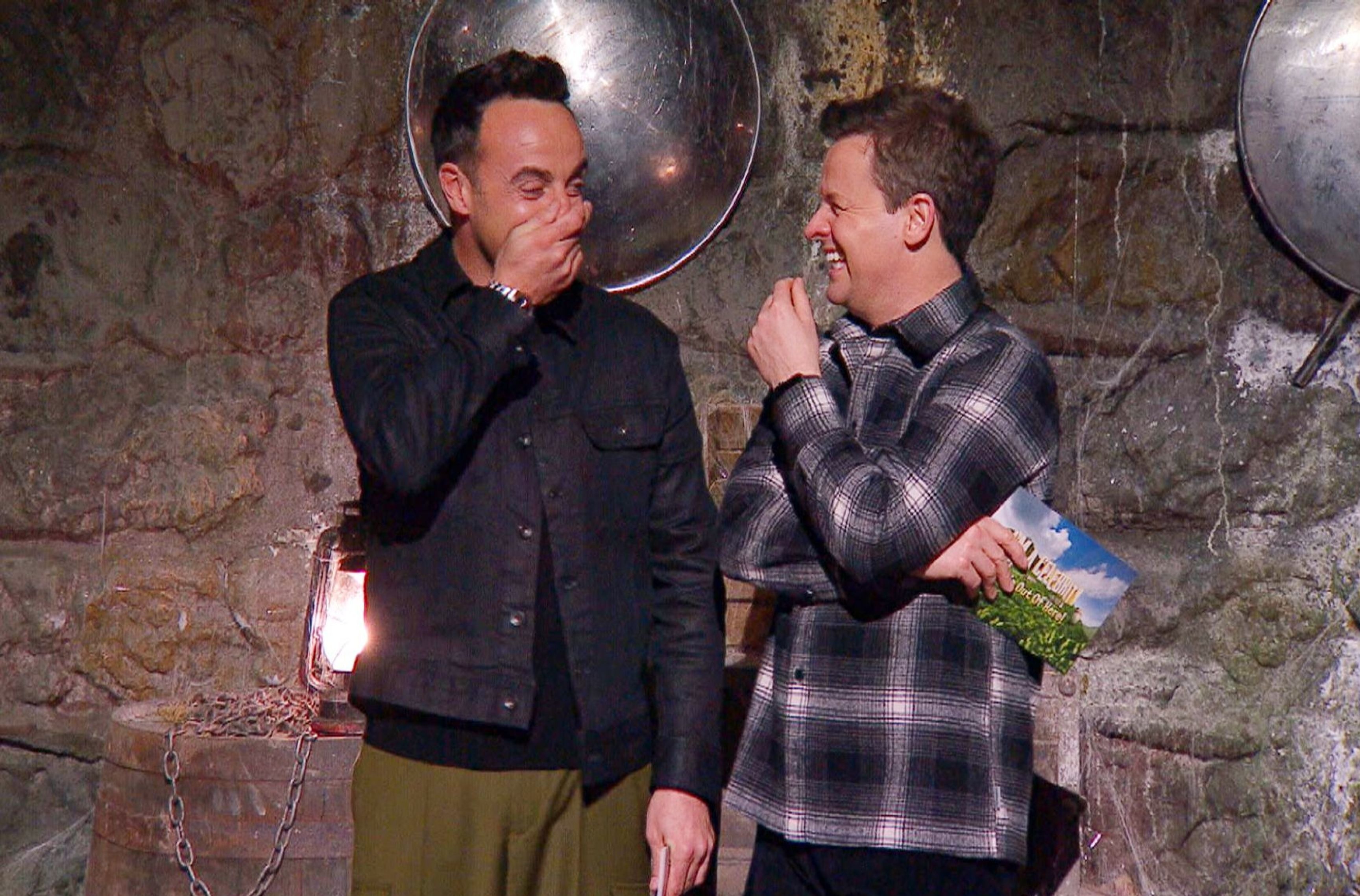 Shane collected 12 out of a possible 12 stars, leaving his campmates thrilled.

Later on in the show, the actor was joined by pal Jordan North as they stripped off for a shower together.

When Shane returned from facing a trial, Vernon Kay ran the shower whilst Shane cleaned himself.

Then cheeky Jordan decided to join in and they both showered together whilst laughing.

Talking in the Telegraph afterwards, Jordan said: "I don’t even know how it happened, I just thought I’m going to get in the shower with Shane Richie.

"Not many people can say they’ve had a shower with Alfie Moon."

I'm A Celebrity Get Me Out Of Here! continues tomorrow night at 9pm on ITV