ANT McPartlin looked loved up with his girlfriend Anne-Marie Corbett as they held hands on a romantic dog walk.

The I'm A Celebrity host is preparing to travel to Wales for the rest of the month to film the latest series. 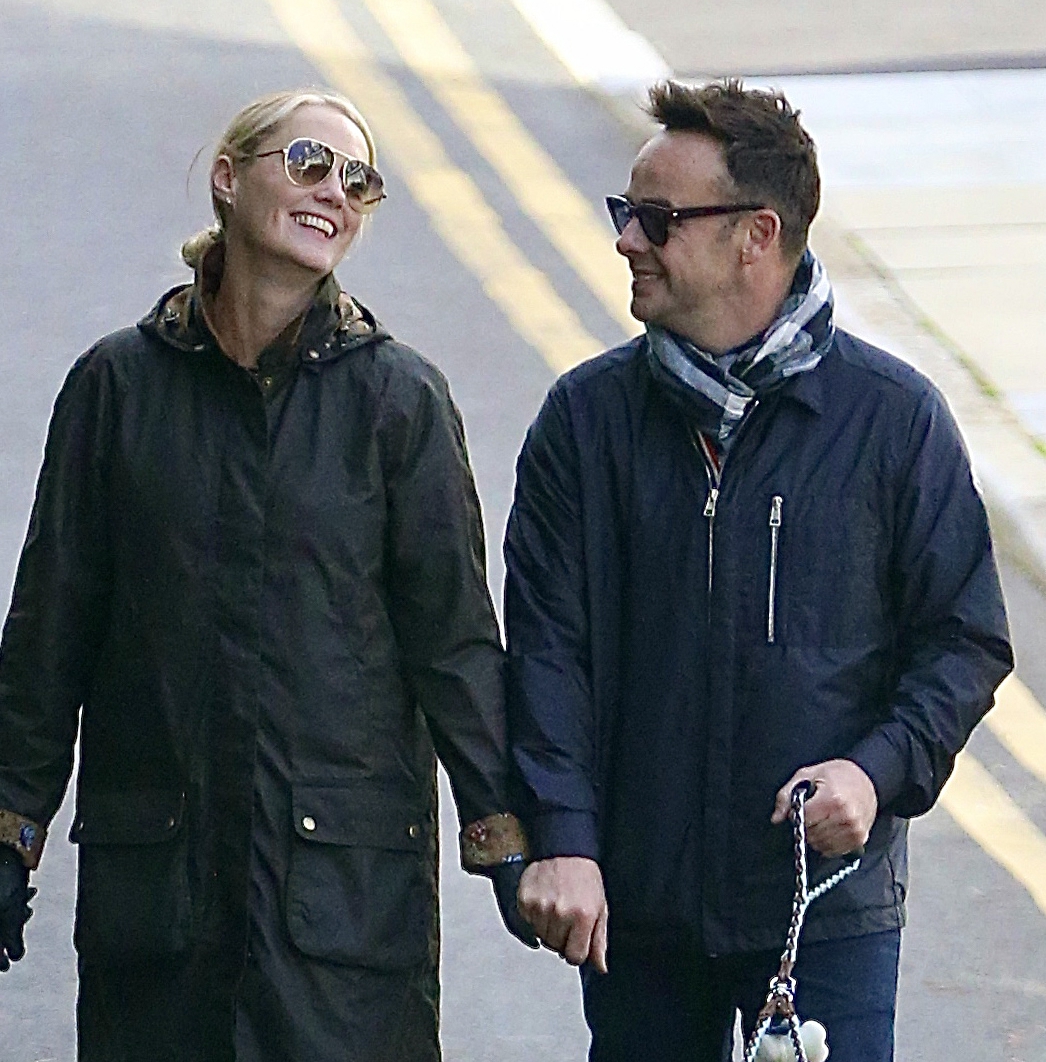 But he got some quality time in with his other half Anne-Marie and their pet dogs – including chocolate labrador Hurley.

Ant shares custody of Hurley with his ex-wife Lisa Armstrong.

The happy couple wrapped up for the windy walk in their anoraks and boots as they were pulled along by their maltipoos Milo and Bumble.

Clutching each other's hand, the pair laughed and joked walking down the street. 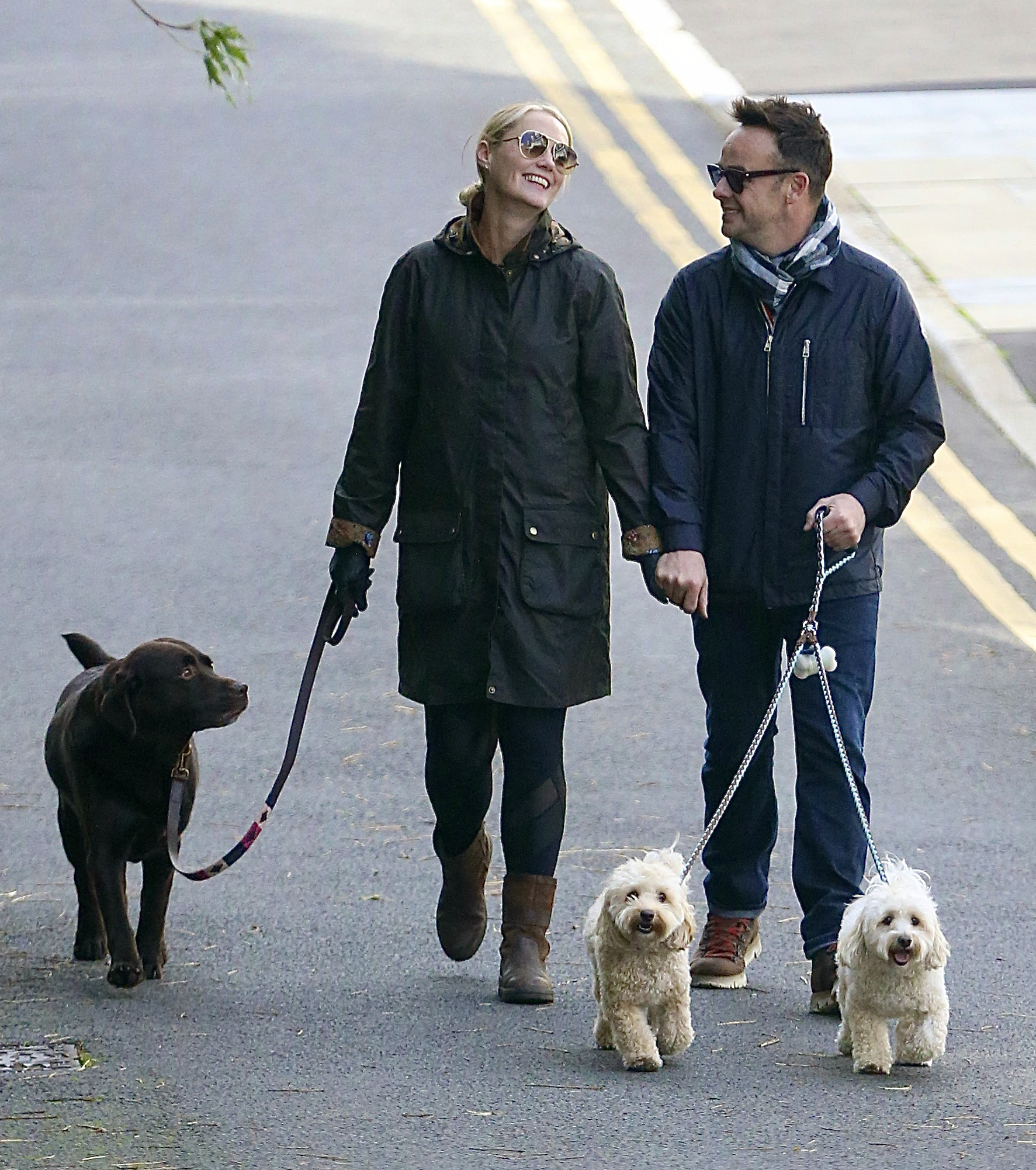 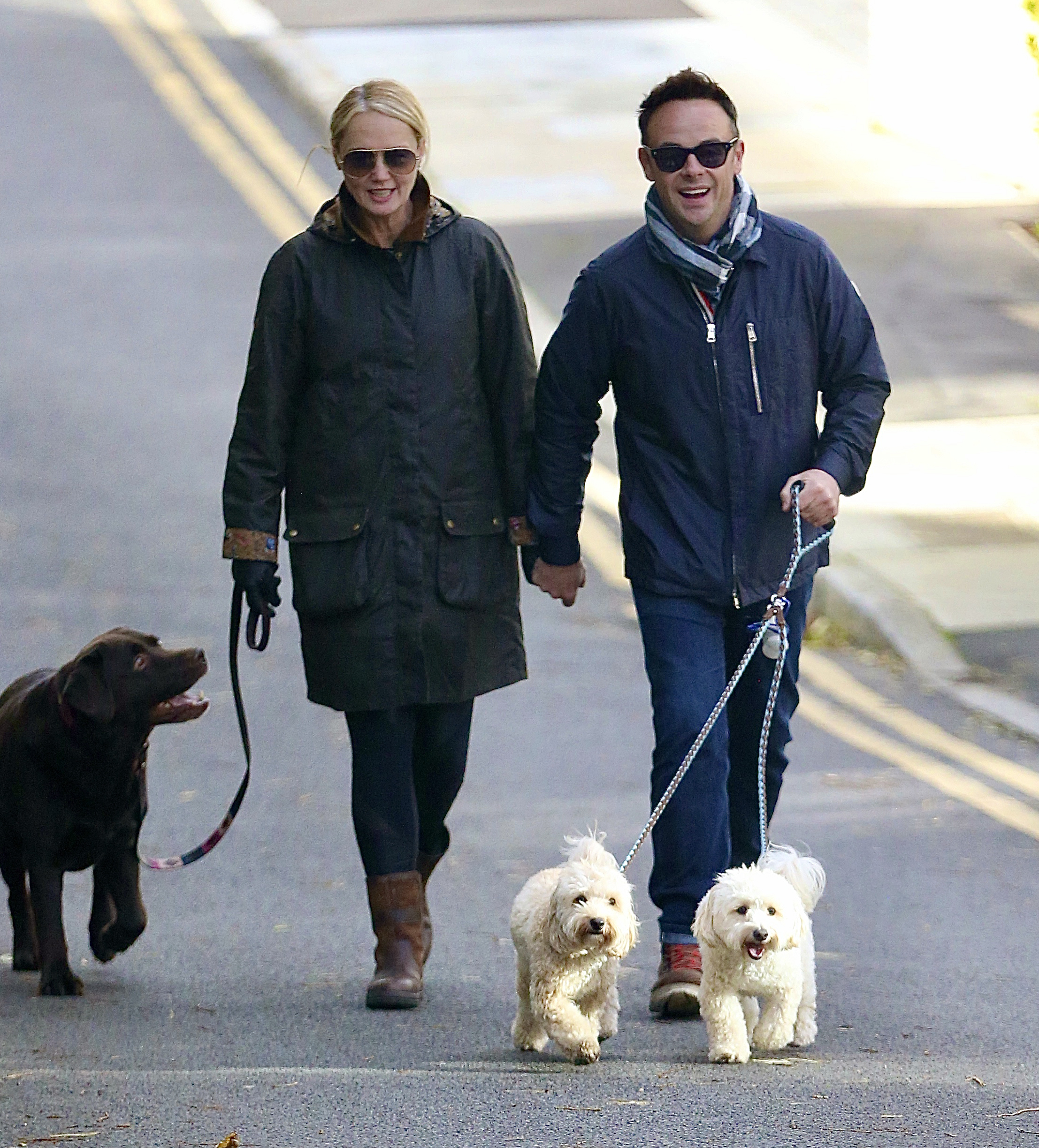 Despite it being November, the sun came out for the couple's stroll.

They wore sunglasses with their winter outfits, as Ant kept warm with a scarf.

He's looking forward to bringing cheer to Brits in the second lockdown with a new series of I'm A Celebrity alongside best pal Dec Donnelly.

Fans begged ITV to allow the show to go ahead after the Prime Minister announced the closure of pubs, gyms and non-essential shops from midnight tonight. 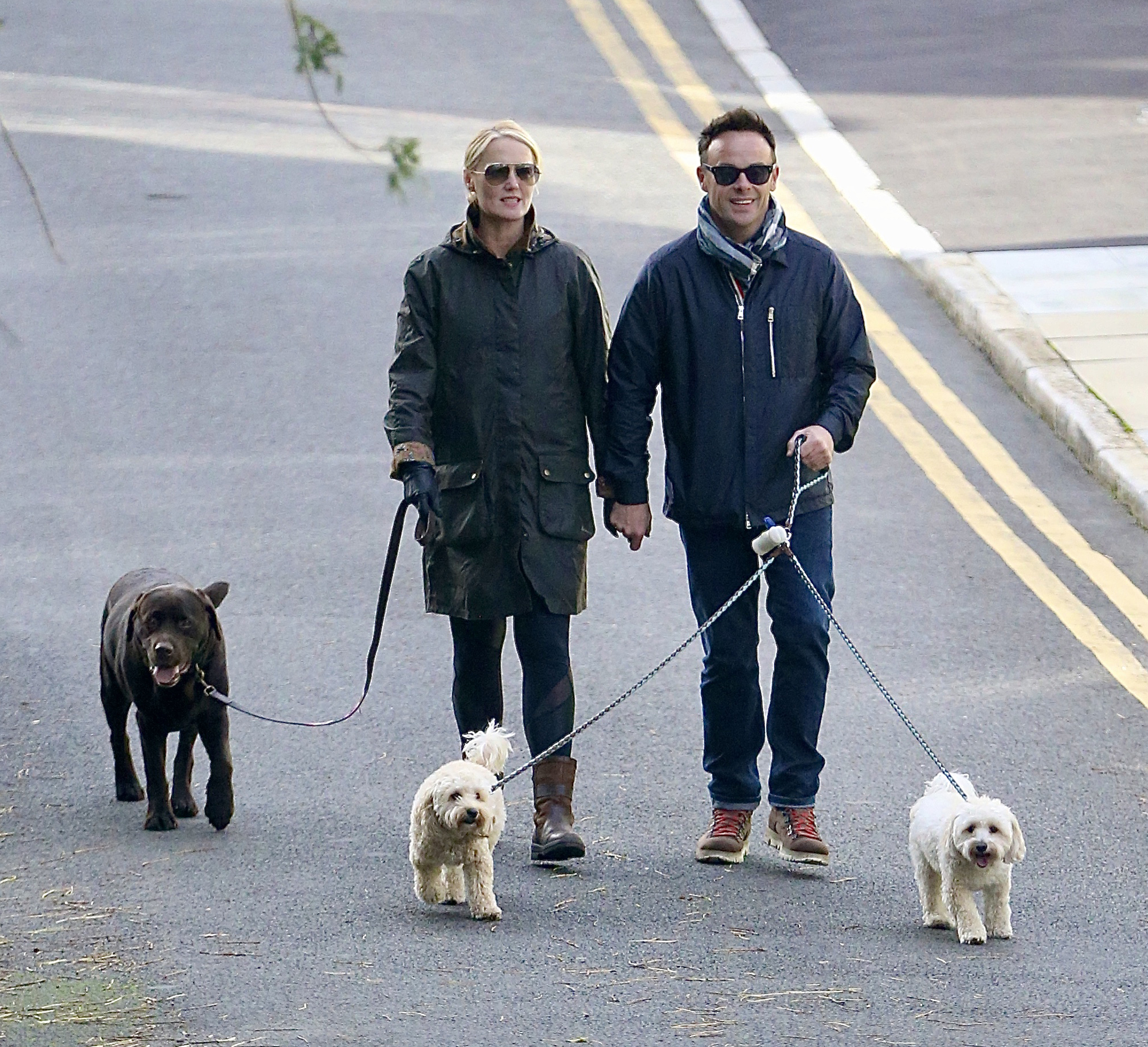 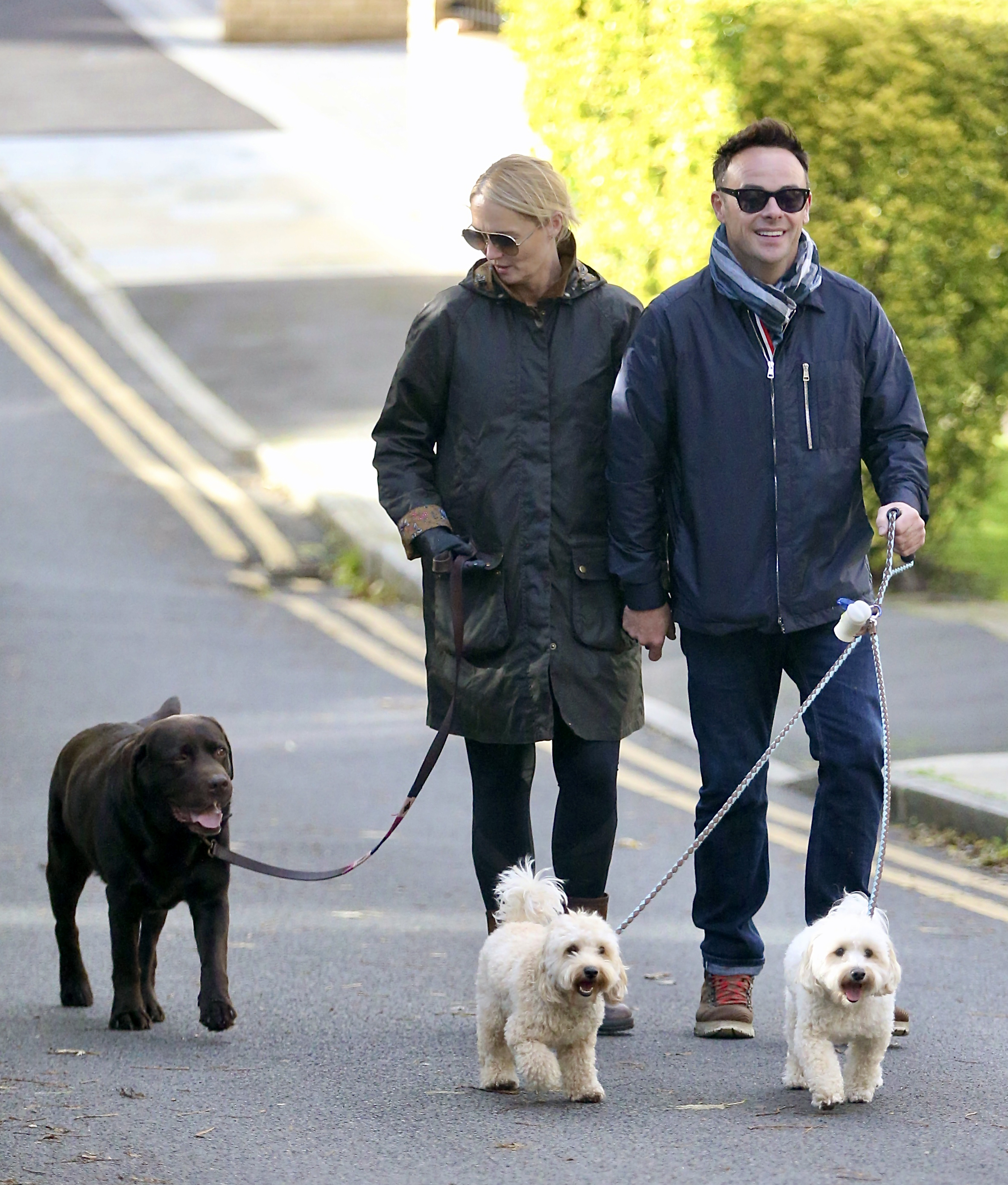 But the show WILL go on – and stars can self-isolate with partners and family in secret luxury cottages and hotels before filming starts.

They have been allowed to have loved ones join them so they do not get lonely during the two weeks of enforced quarantine before the show.

Contestants, including Mo Farah and Shane Richie, have been put up with their nearest and dearest near the North Wales location.

Normally, celebs have no outside contact from the moment they land in Australia.

The Sun understands the rule of giving up phones a few days before the show starts will still apply.