I’m A Celebrity…. Get Me Out Of Here! viewers will get to see all ten campmates wave goodbye to their lives of luxury this evening as a brand news series of the ITV show kicks off. However their route into the jungle won’t be easy and it’s been reported the first task, a selection of the celebrities have to take part in, is the most dangerous fans will have ever seen.

After the usual meet-and-greet, the ten contestants were divided into two and half of them were given the opportunity to compete and chose their partner of choice.

Once all five pairings had been decided they were told they would take one of three routines into the camp.

Ian Wright and Jacqueline Jossa, Roman Kemp and Myles Stephenson and Kate Garraway and Andrew Maxwell were tasked with The Planks, which saw them balance along a structure 334 feet above the ground.

“This is a I’m A Celebrity and the contestants are going to have to be braver than ever,” producer Olly Nash told The Mirror. 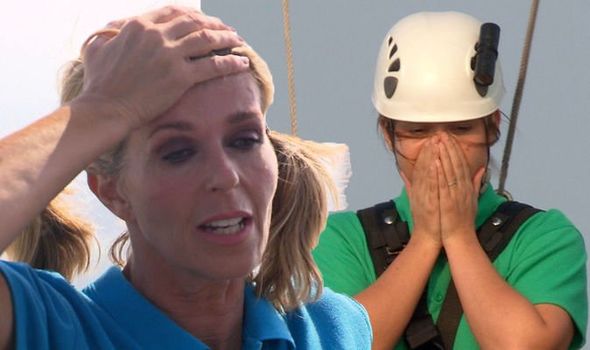 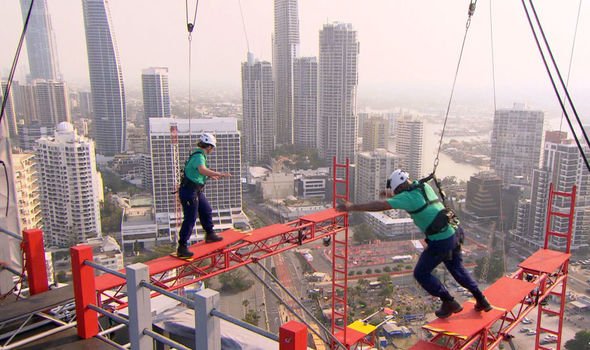 “The walk in itself will see us return to the plank at the Focus building.

“It’s the biggest and most horrendous, wobbliest thing. We tested it earlier in August and we made it deliberately more wobbly.”

Each celebrity pairing will take on The Plank together and they’ll be relying on teamwork to get each other safely through the task.

“It’s 343 feet up, four metres out, then three metres down, then a metre out again,” Olly explained. 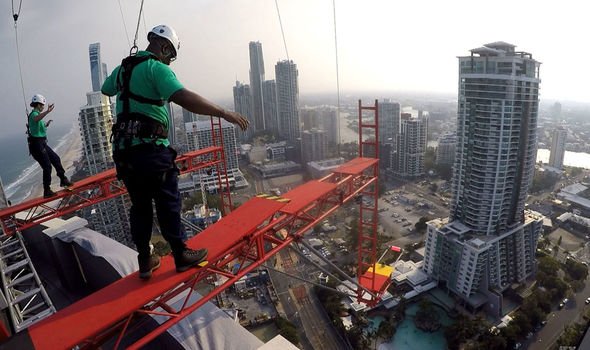 “We’ve tested it and during the runs, getting to the end then turning around is absolutely horrendous.

“The worst part of it is you have to go a metre out at the bottom and effectively stand on one foot to press the switch.”

Olly confessed he found if difficult just “looking over the edge” and the celebrities will have to be really keep a hold of their nerves.

“It’s absolutely terrifying. I find it hard just looking over the edge,” he continued.

“It’s totally down to how brave you are,” the producer revealed.

The Planks are harder than ever this year as not only do the campmates have to walk out but they have to walk down a ladder too.

Meanwhile, Nadine Coyle and Caitlyn Jenner will skydive their way into the jungle.

Moments before her skydive, the pop star began to break down in tears but Caitlyn was on hand to comfort her.

Elsewhere the Bushtucker Trials will be very different this year following an animal rights backlash.

Bosses will be putting in place a ban on the contestants eating live insects from this series onwards.

Over the years, complaints have been issued to broadcasting watchdog OfCom about the cruelty of using live insects in the tasks.

A TV insider told Express.co.uk, “Producers have taken a look at the trials and decided that no live critters would be eaten in the trials this year,” the TV insider said.

“They have been planning this for some time and actually last year beach worms were the only critters eaten live but this time around they’ve decided to implement the change fully and permanently.”