LITTLE Mix's Jade Thirlwall has given a glimpse inside her stylish £1million home.

The singer, 28, loves to share selfies on Instagram and some have given a sneak peek inside her amazing pad. 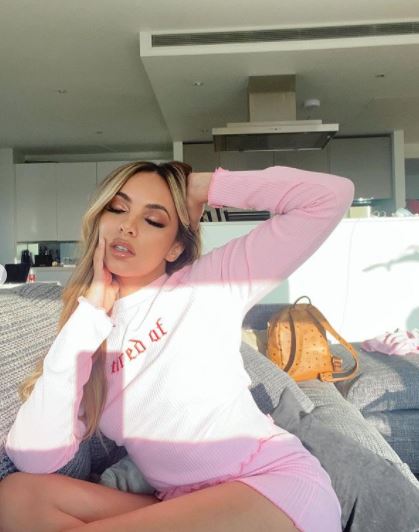 The apartment follows a simple yet stylish vibe throughout.

It features white walls, wooden floors and trinkets in each room to add her personality to the property.

In 2020 Jade gave fans a tour of her home which boasts a mini-bar and the toilet guest book.

Speaking about her toilet guest book, she told host Capital FM DJ Roman Kemp: "Yeah so basically when people use me loo, they get to see all my success. 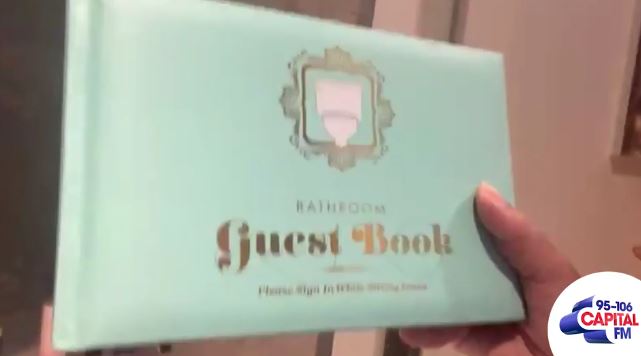 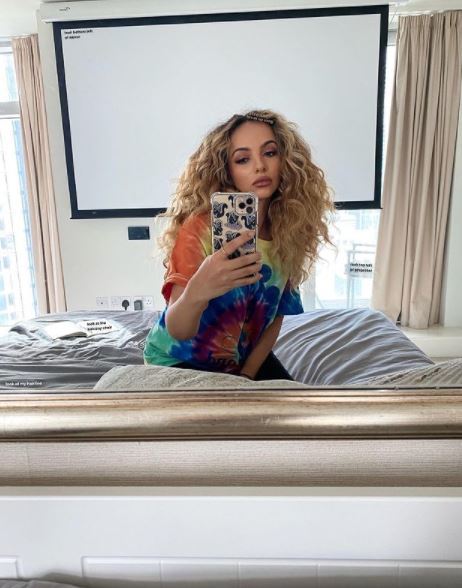 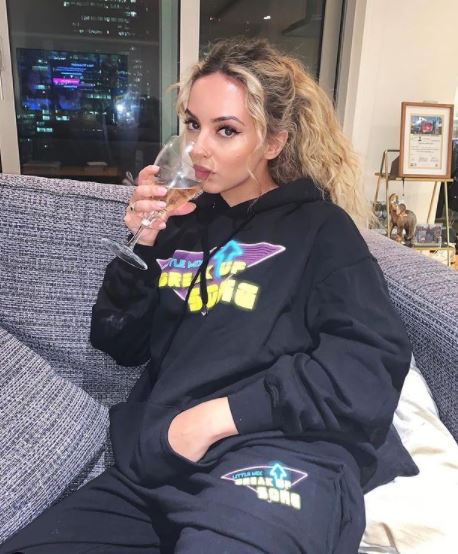 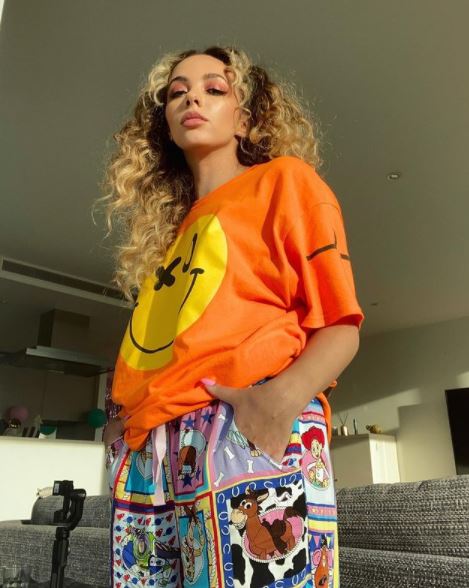 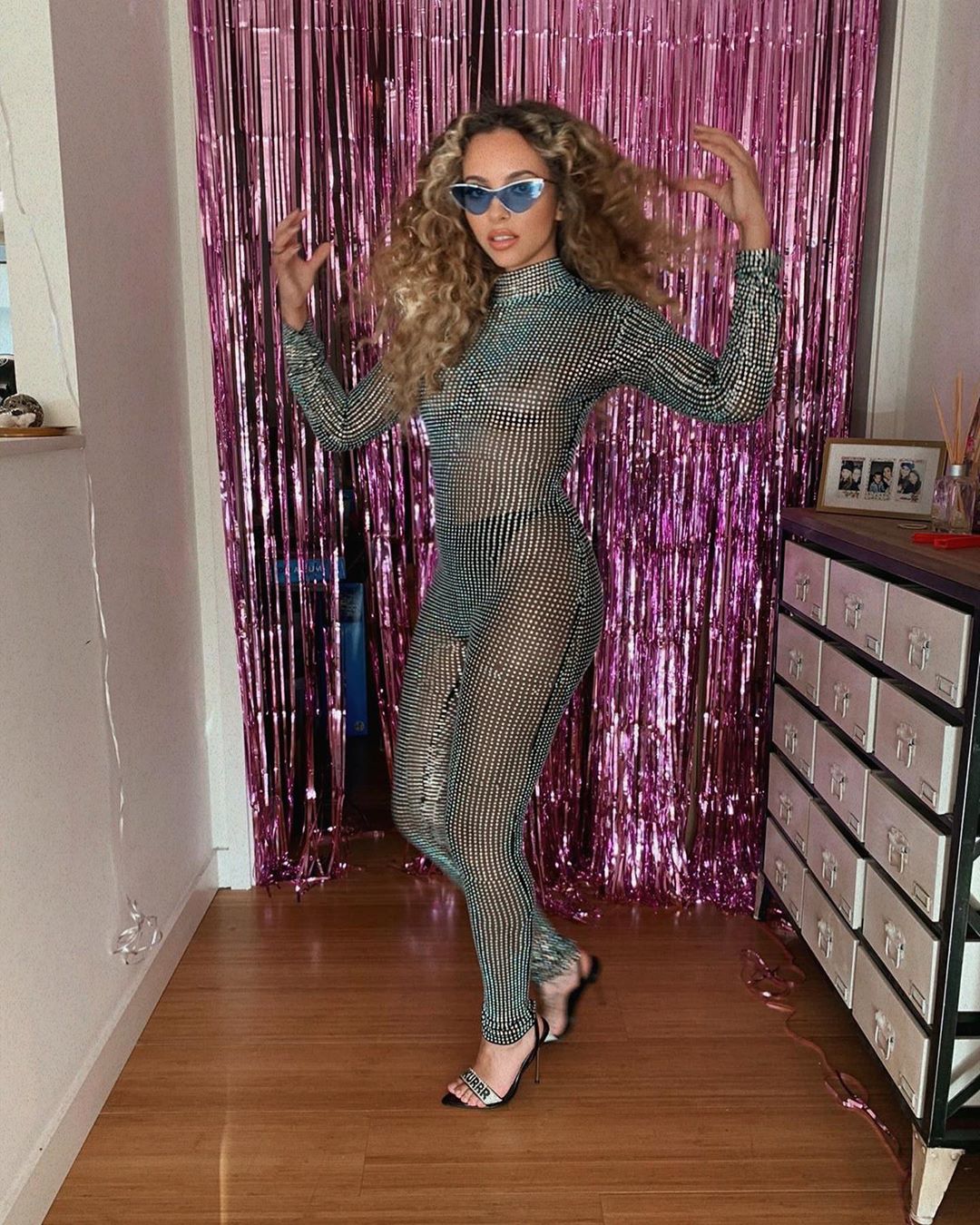 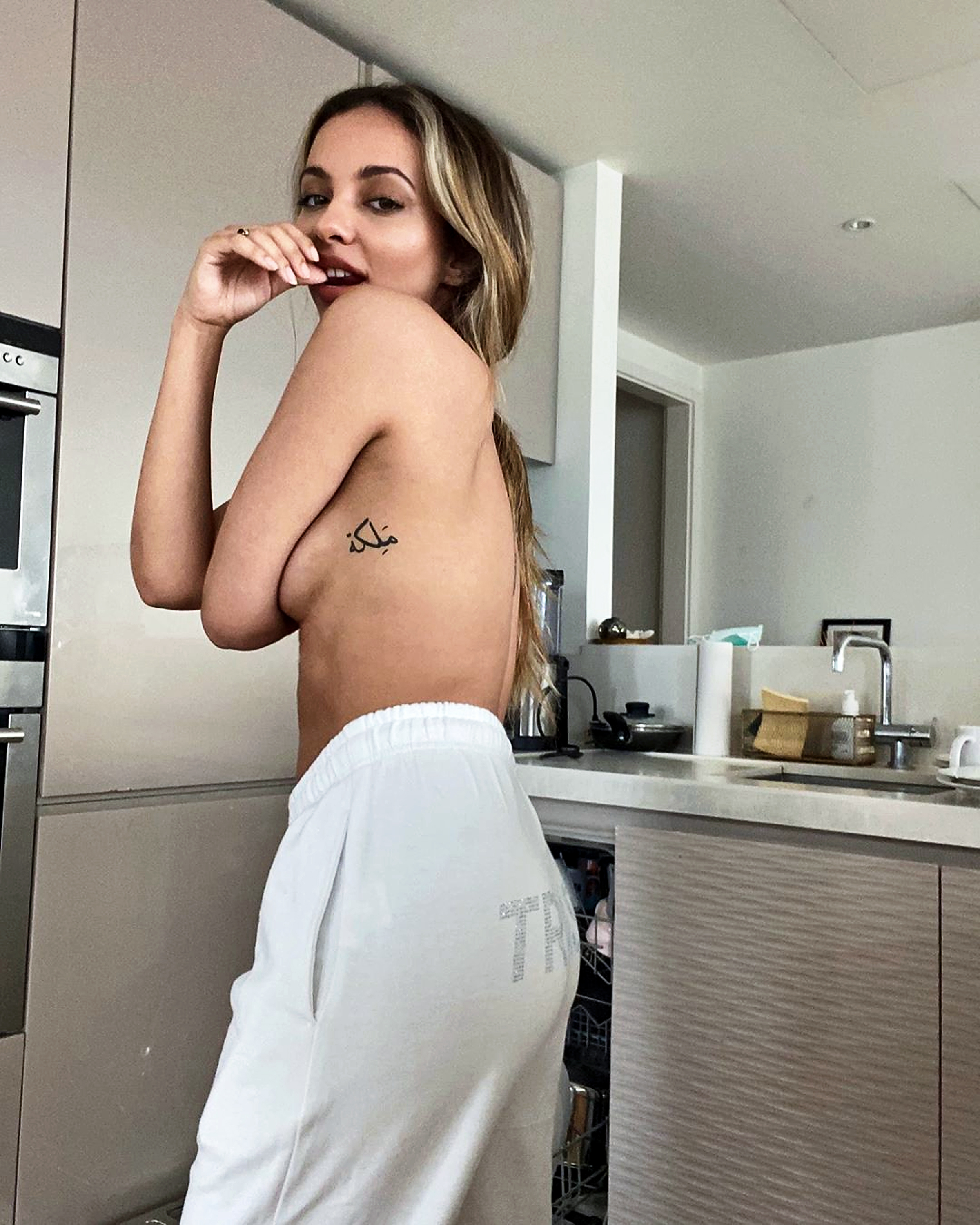 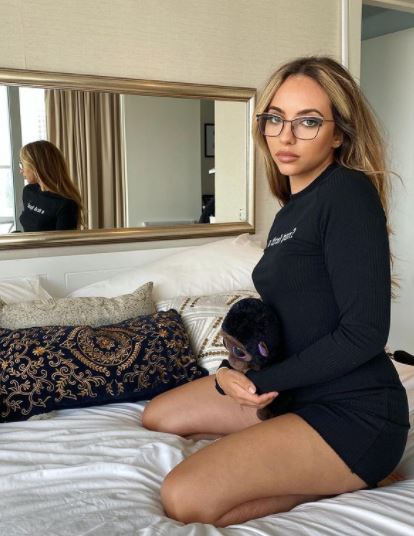 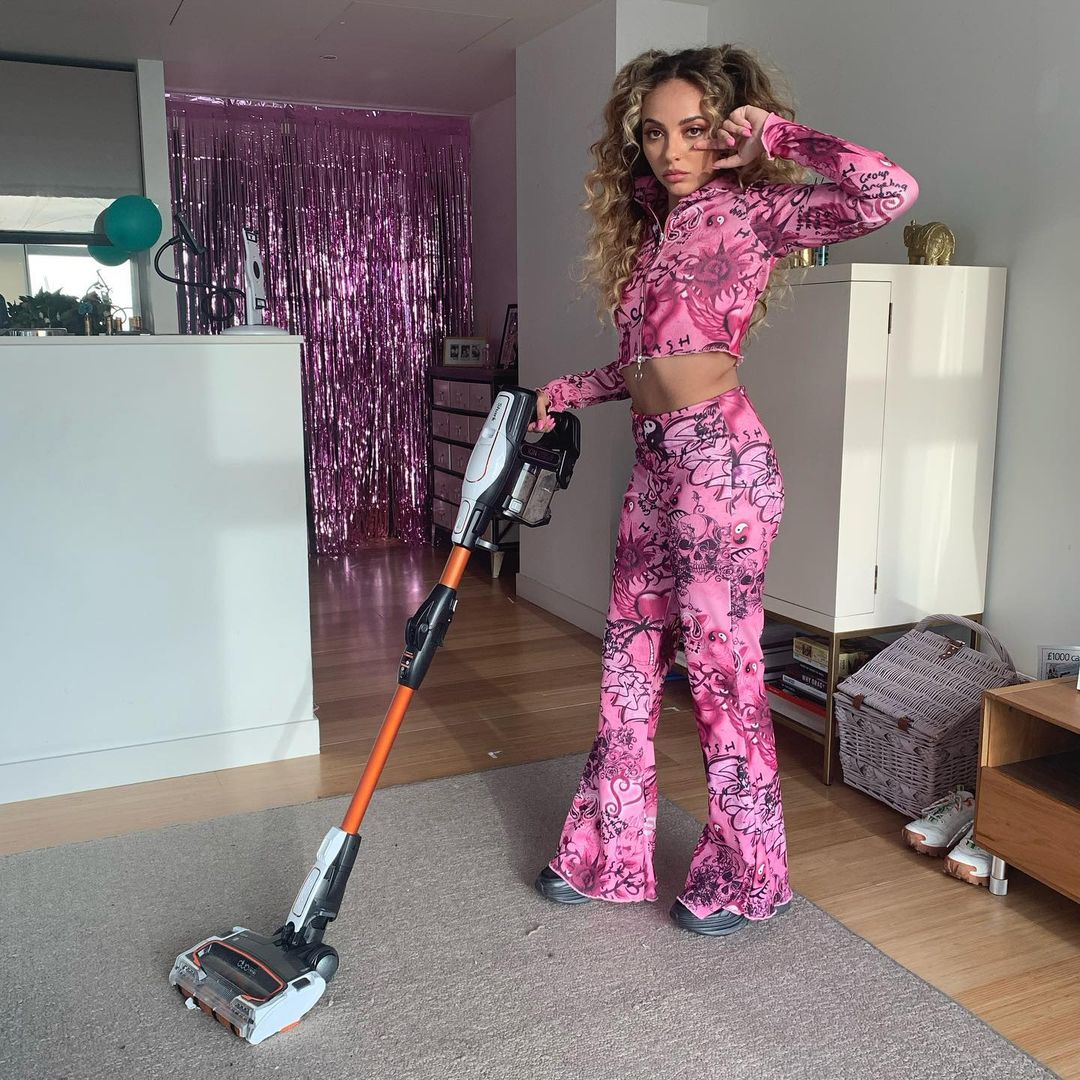 "And finally, in the guest toilet, we have the toilet guest book where you can sign in and let us know what kind of poo you’ve had."

There is a framed Newcastle United shirt in her living room while Little Mix discs are on the wall in the hallway.

Back in 2019 the star also showed off her pad when she rustled up dinner in episode two of the band's YouTube series, Eat In With Little Mix. 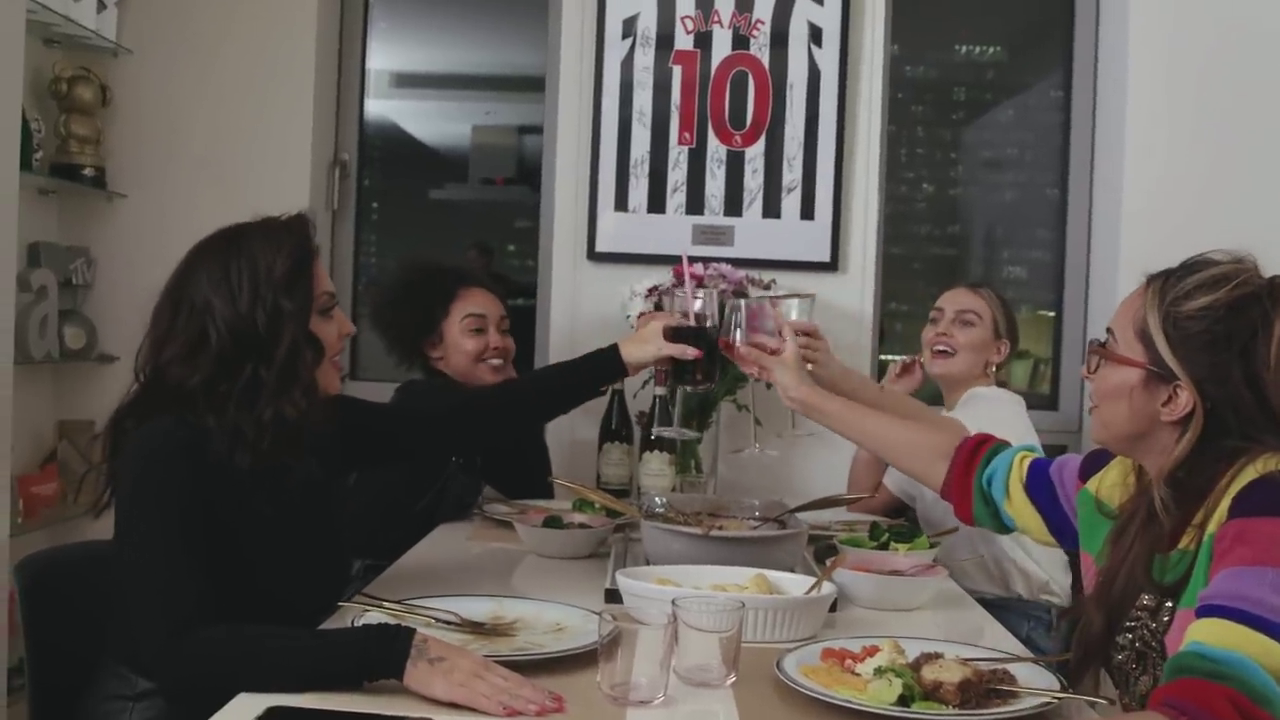 Preparing the grub in a white kitchen diner that had all the mod cons, she revealed her incredible style and monochrome home in the 21 minute clip.

The star stood at a gleaming kitchen island that featured a black glass hob and had all her ingredients around her in chic cups and metallic bowls.

And Jade looked right at home wearing a pink apron and rainbow jumper and pulled her hair back into a half ponytail, with her glasses on as she got to work on the meal.

Meanwhile, Leigh-Anne, Perrie and Jesy chatted amongst themselves at the table that was decorated with flowers and silver rimmed wine glasses. 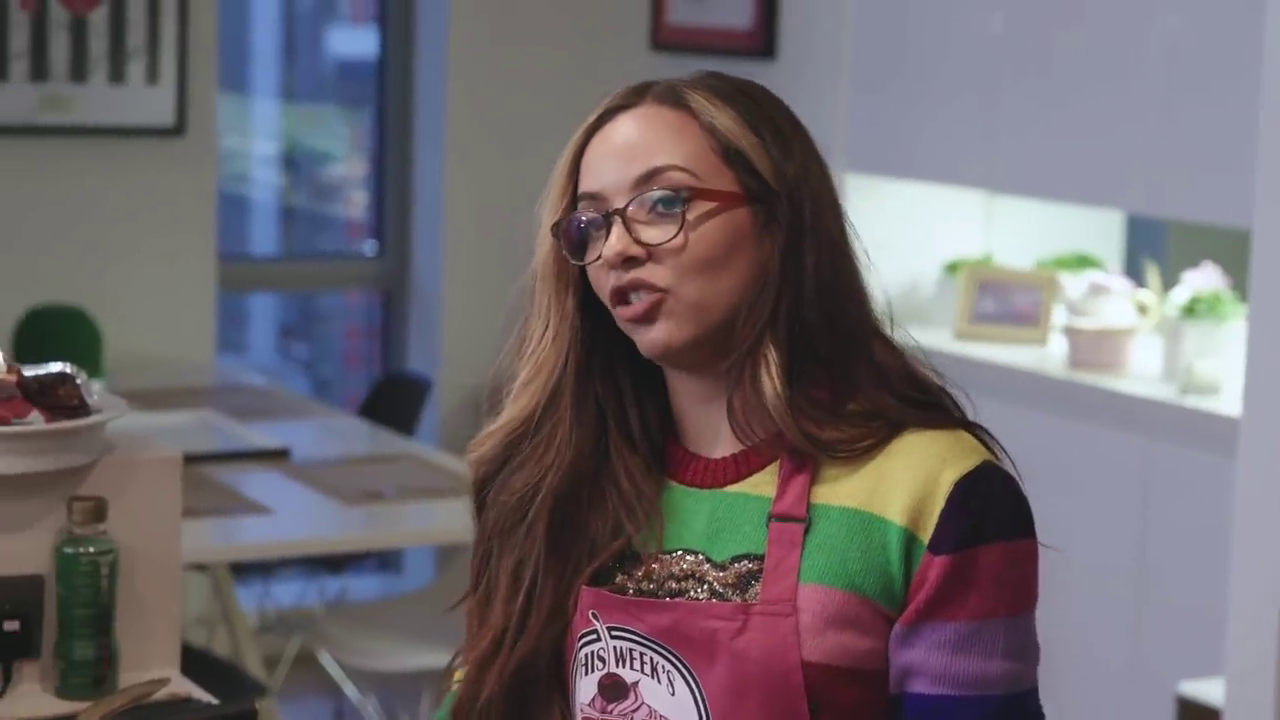 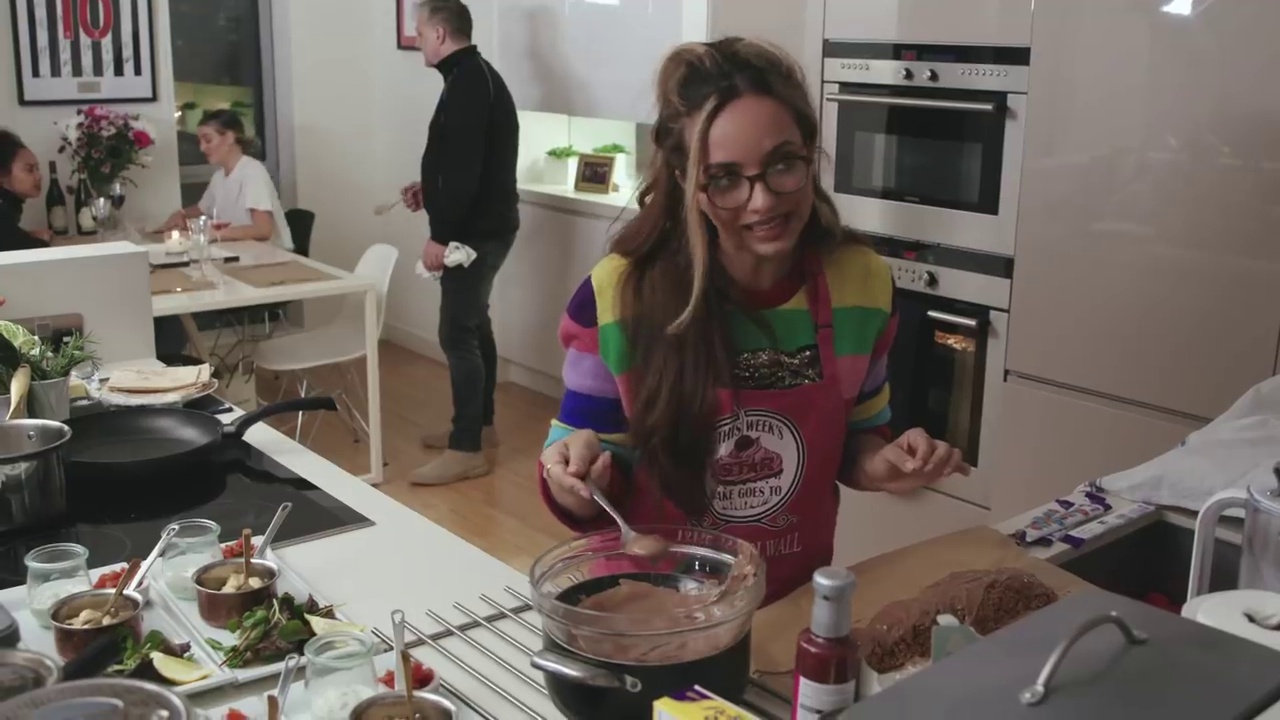 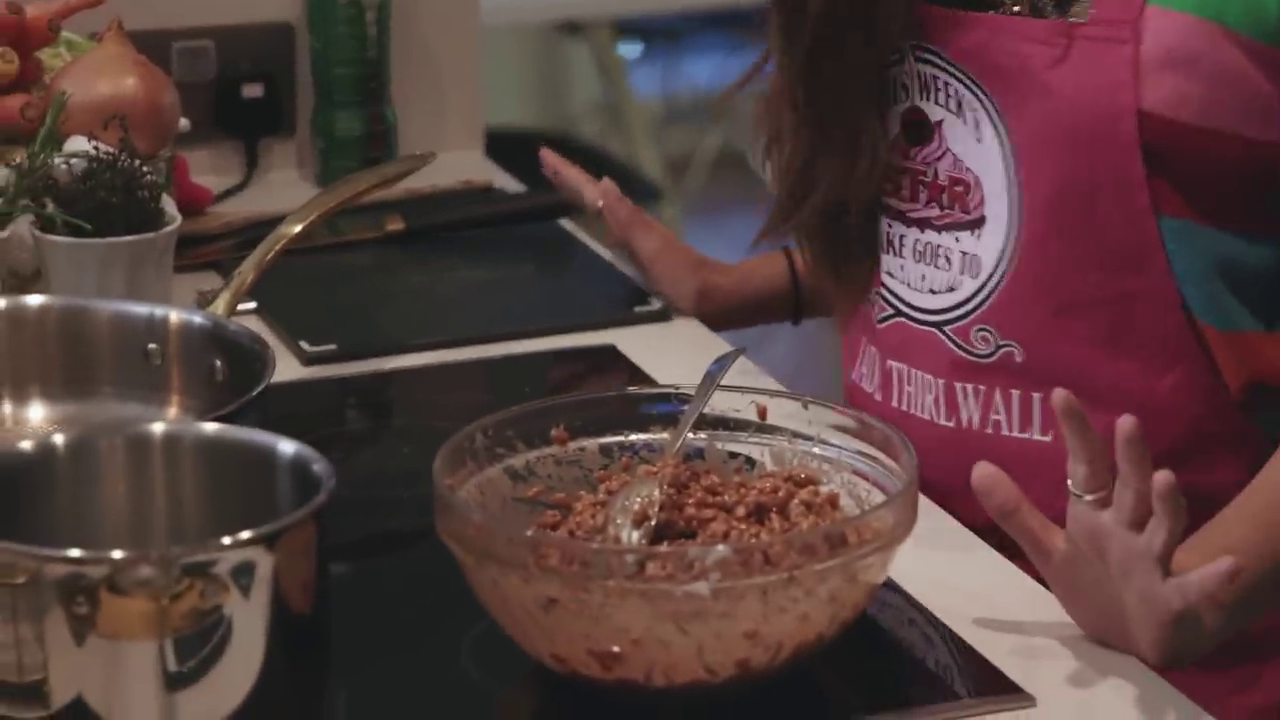 Scented Jo Malone candles burned in the centre and set the tone for the girls, who sipped red, rose and white wine.

Jade served her starter made of bread from her granddad's recipe, kebabs, salad, hummus and other dipping sauces.

Her main consisted of a dish her mum Norma makes for her when she returns to South Shields, her favourite mince and dumplings.

She then whipped out a cake that was supposed to resemble the Angel of the North but the rice crispy and chocolate cake was a bit of a disaster. 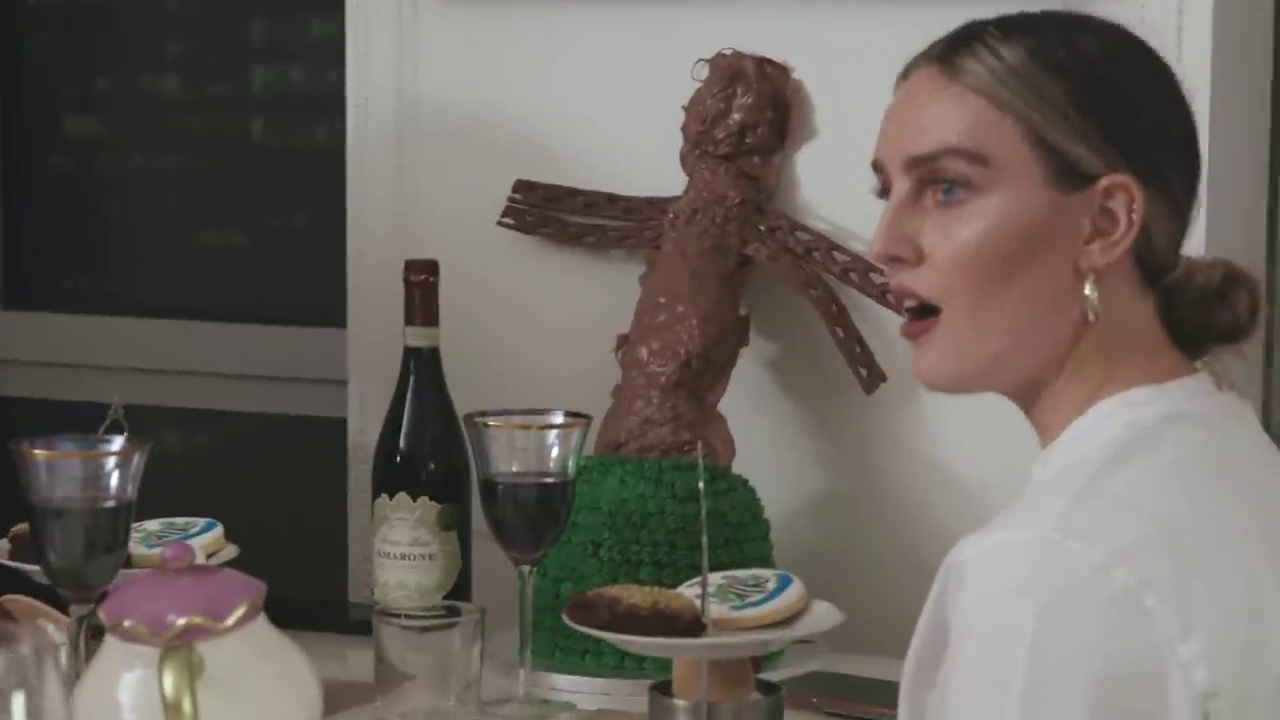 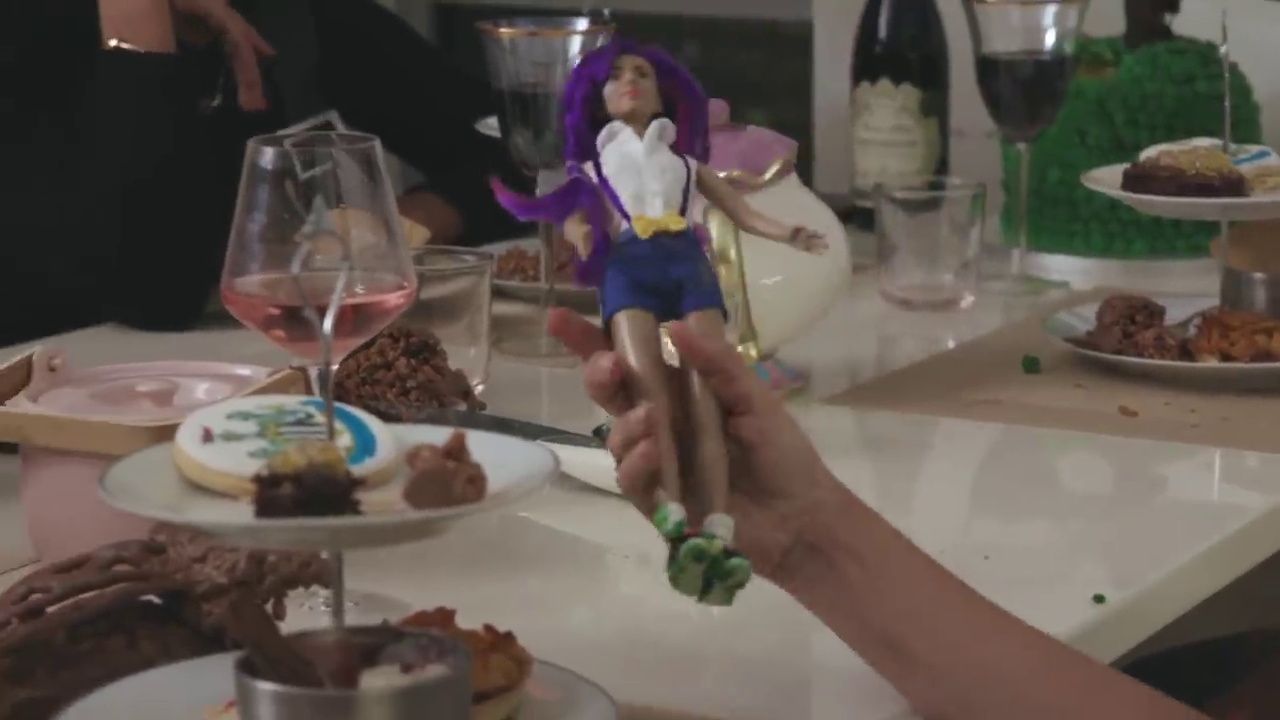 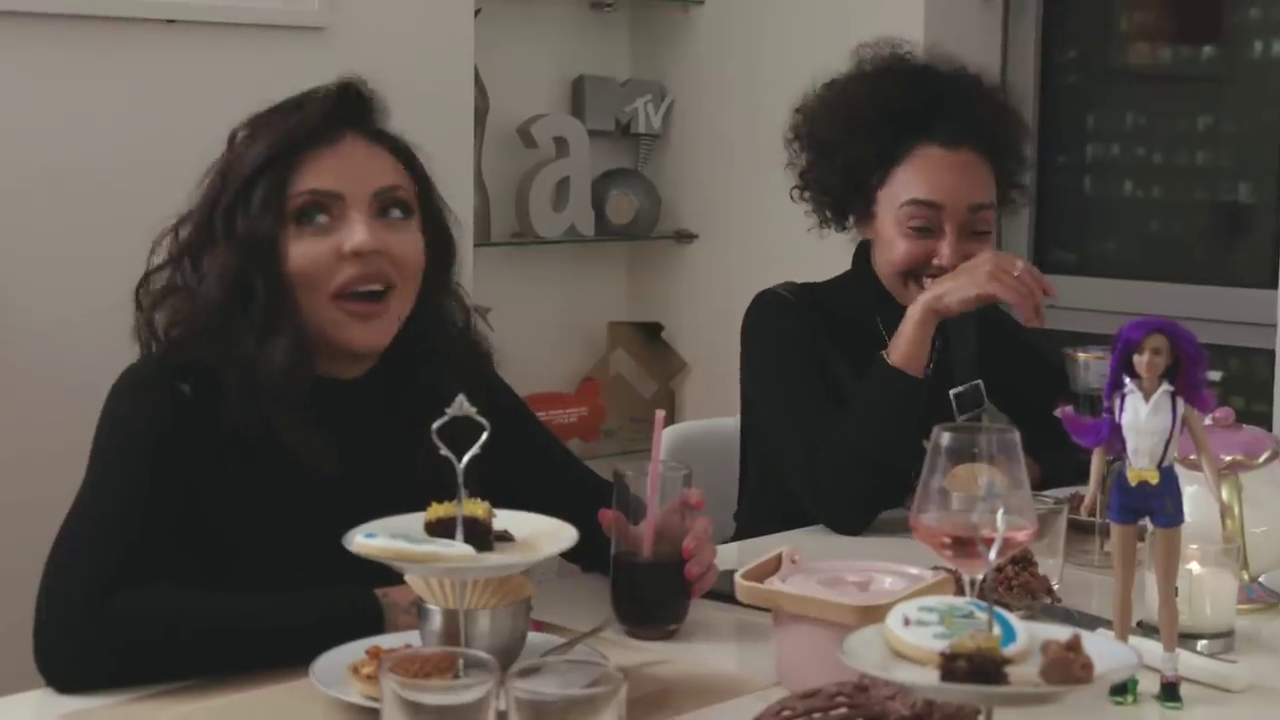 So to distract the girls, she pulled out a piece of band memorabilia in the form of a Little Mix doll.

Jade's home pays tribute to the band and classy black and white canvases of the girls are hung in frames on the walls whilst trophies line the glass shelves.

Later, the girls moved to the living room area and relaxed with cocktails and a game of bingo on Jade's elephant grey sofa decorated with shimmering cushions. 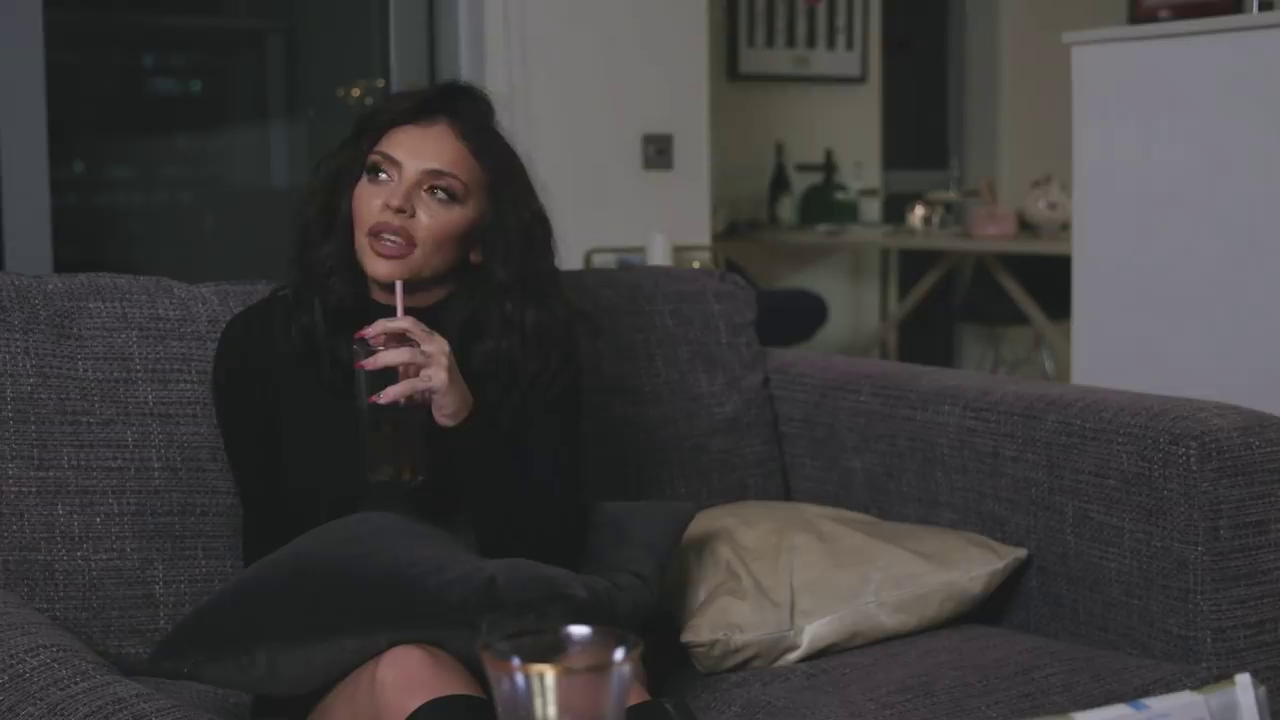 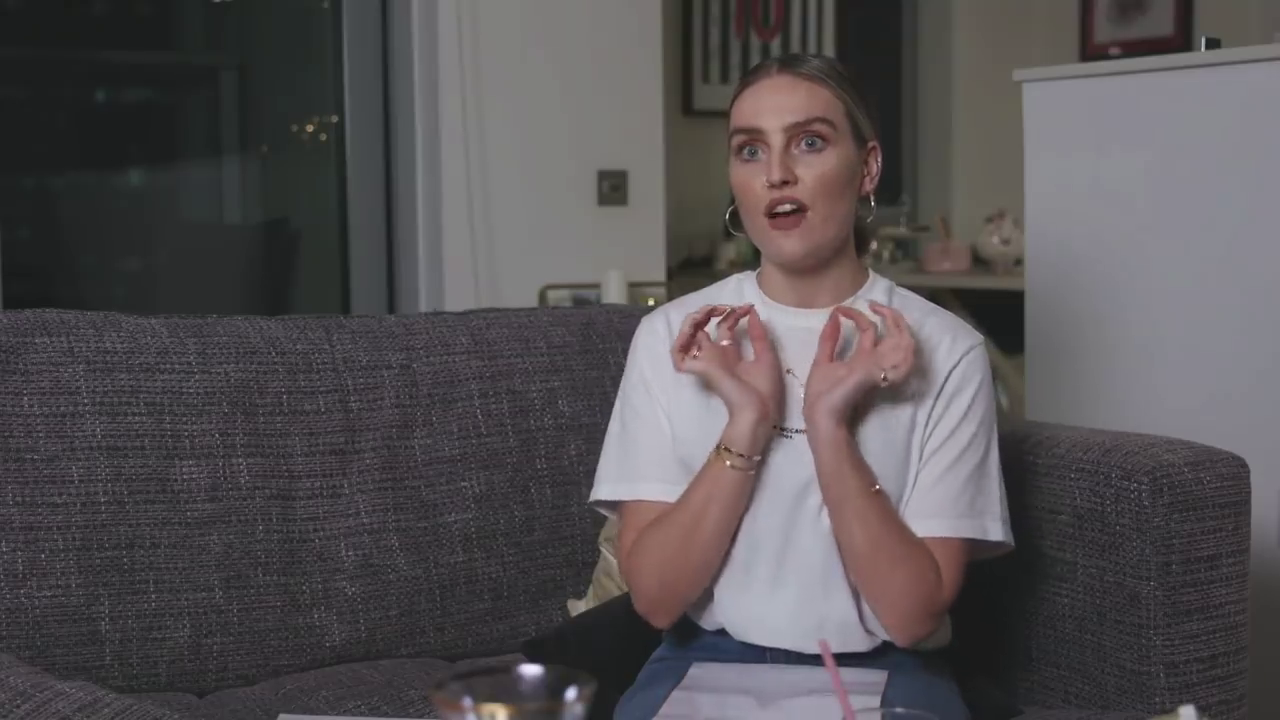 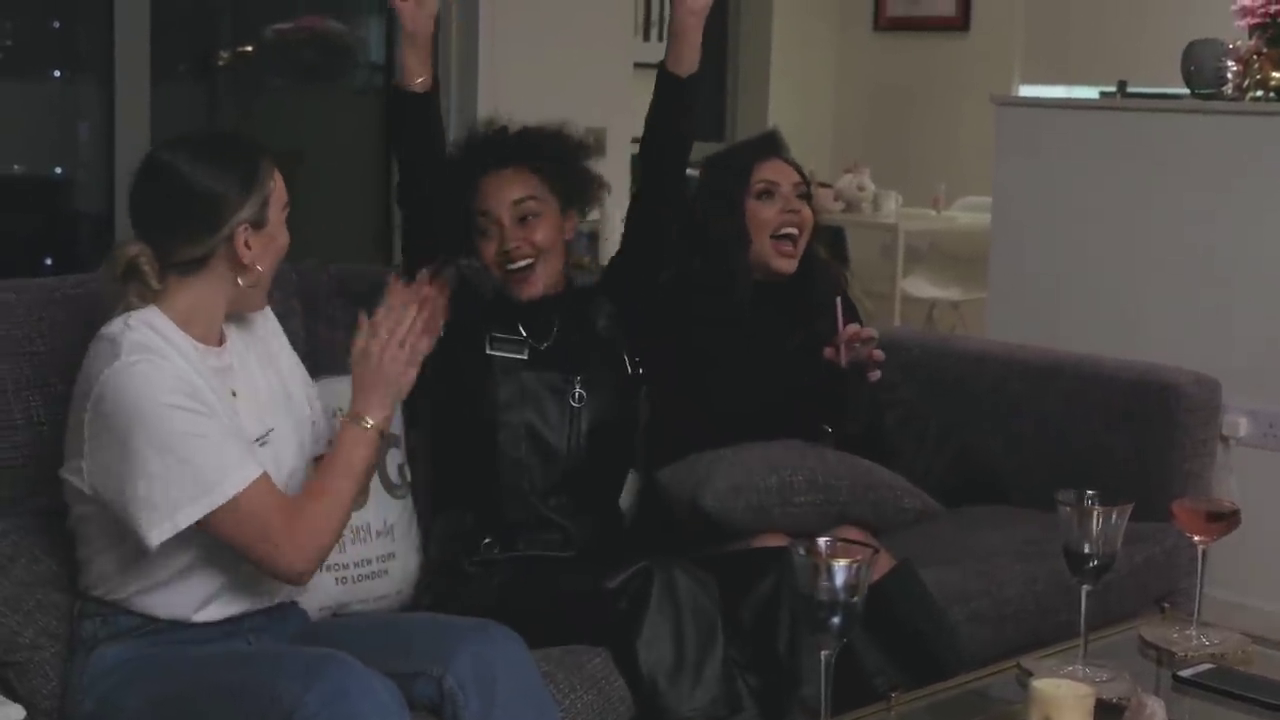 Since the video was filmed Jesy has left the band.

After nine years together, the 29-year-old announced the news on her Instagram page today after taking "extended time off" from the group 4 weeks before.

The pair celebrated their one year anniversary back in May.