AS rumors spread that Rihanna could be pregnant with her first child, we take a look inside the singer's romance with A$AP Rocky.

The Bajan beauty, 33, and rapper, also 33, have known each other for almost a decade, but their relationship only turned romantic in 2020. 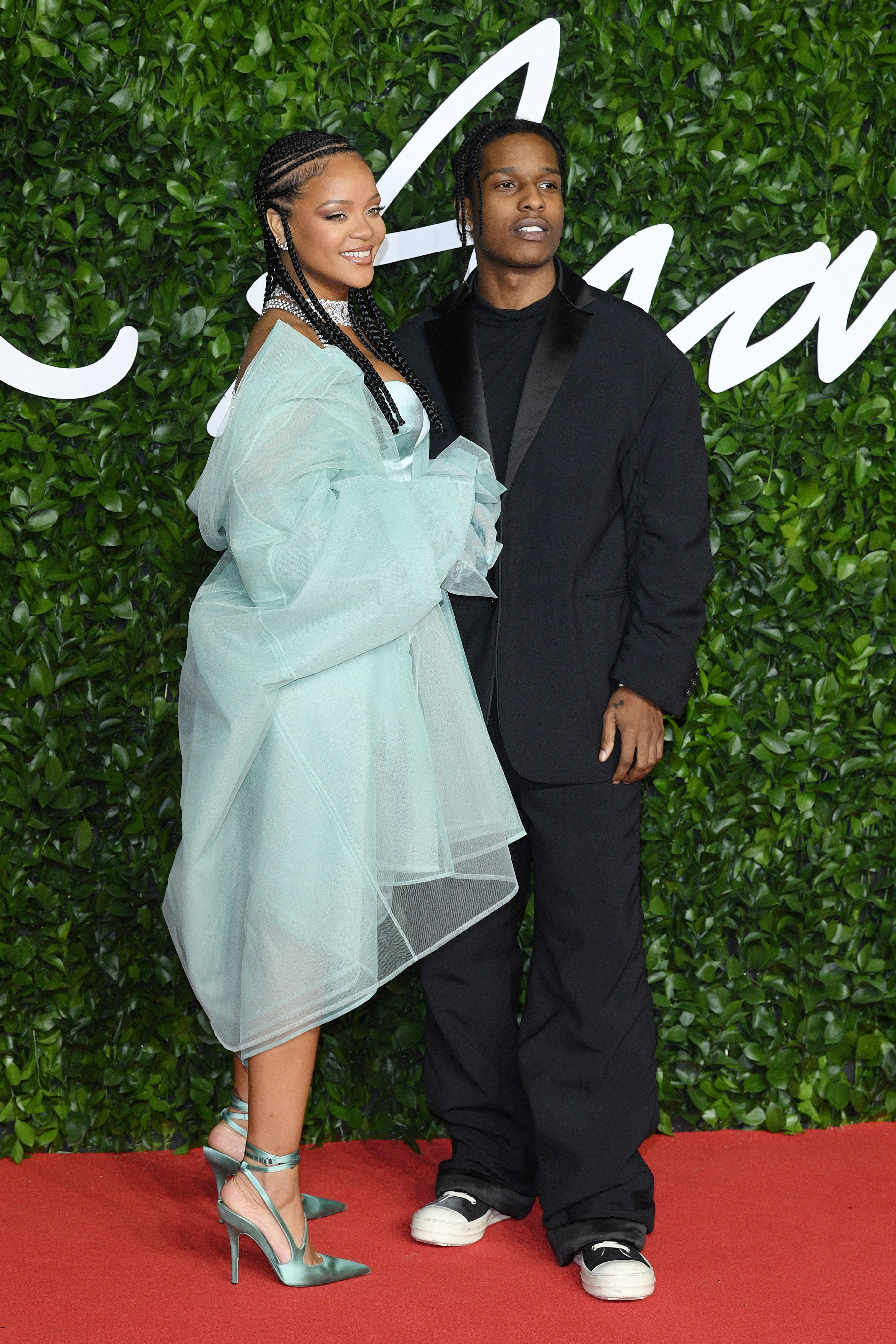 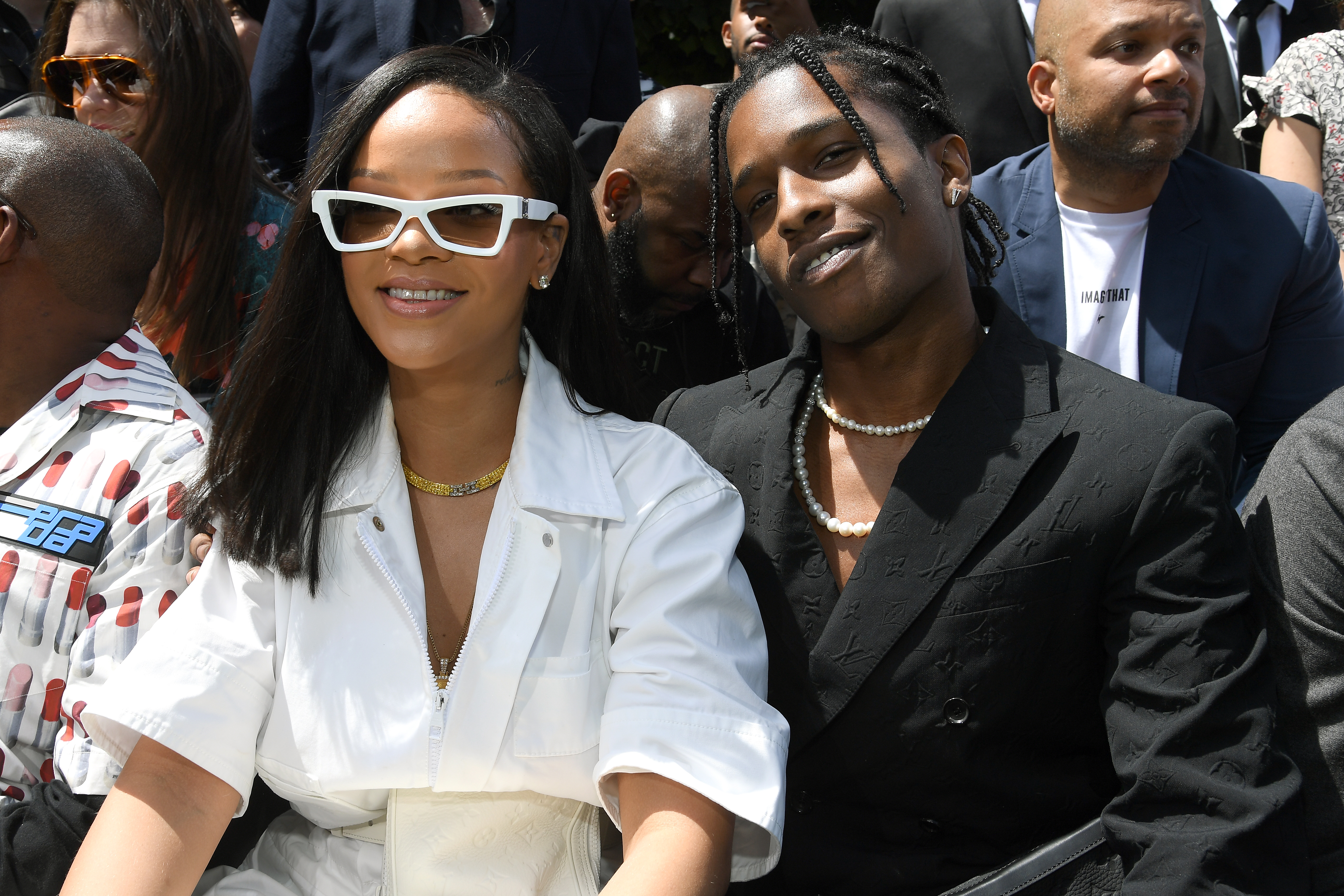 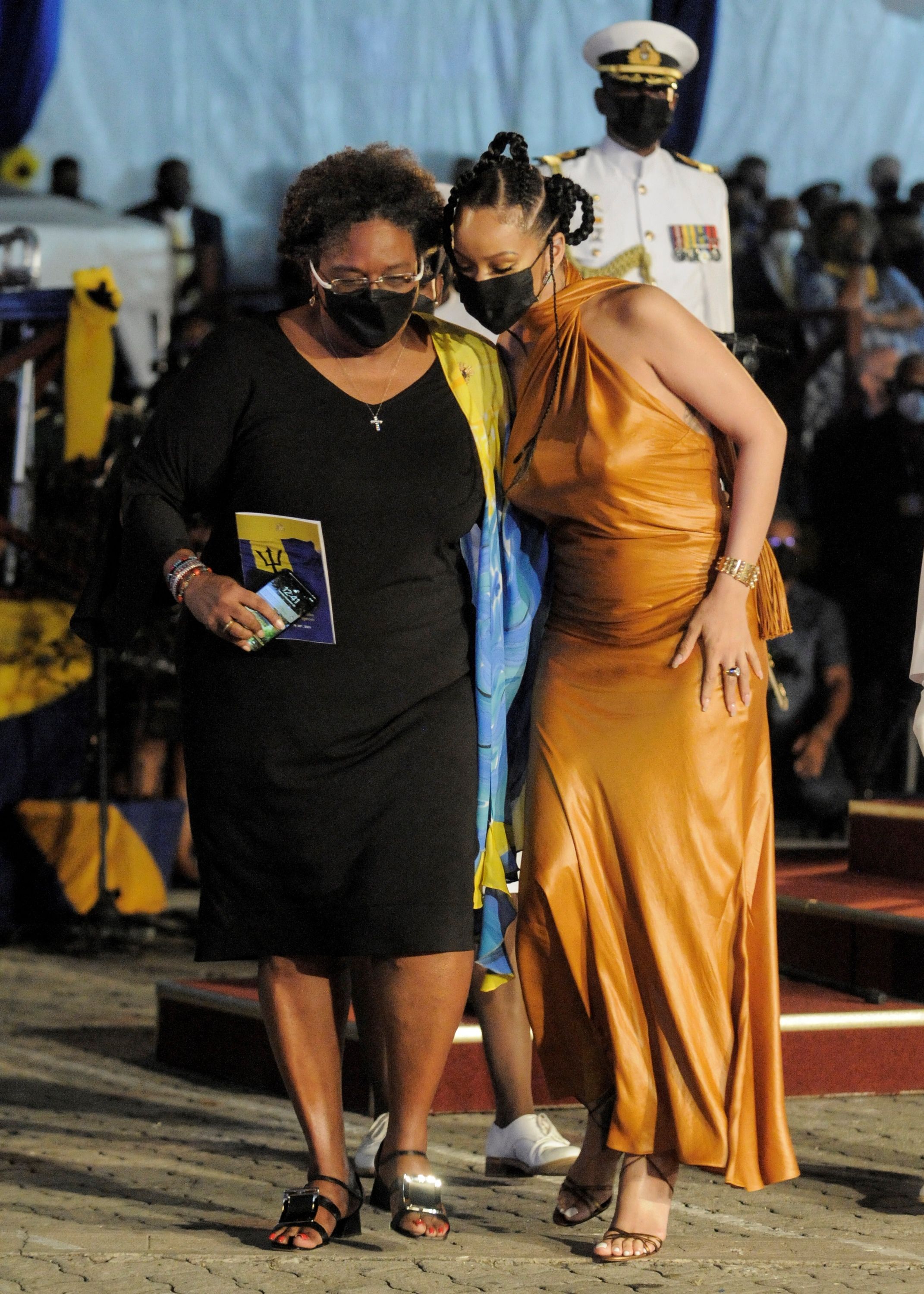 The couple's friendship dates back to 2013, when Rocky opened Rihanna's Diamonds World Tour for the US concerts.

She also starred in Rocky’s music video for his hit Fashion Killa in 2013, in which the pair got up close and personal.

But back then, Rocky was dating Chanel Iman, so rumors the pair were an item were quickly shut down.

Rumors began to swirl that Rihanna and Rocky were a thing back in 2018 when the two were spotted sitting close together at the Louis Vuitton show for Paris Fashion Week.

At the end of 2019, Rihanna was seen in attendance at an A$AP Rocky concert in Sweden.

The two were spotted together again at the start of 2020, attending a concert together in New York.

In February of that year, an anonymous source told Us Weekly that the two were "hanging out and hooking up."

"They're having fun and have always had chemistry," the source claimed.

The two did a photoshoot together for the debut of Rihanna's Fenty skincare line, released in July of 2020.

Rocky then interviewed Rihanna for Vogue, in a video segment where the two were seen laughing and joking the whole time.

"I appreciate you, like for real, for real," he said in the video.

By the end of 2020, Rihanna and Rocky had been spotted together on numerous occasions, even taking a vacation together in the Barbados.

While on vacation, the two were photographed kissing on a boat, seemingly confirming their relationship.

After a year of speculation, Rocky confirmed he and the Umbrella singer are in a relationship.

"So much better when you got 'the one.' She amounts to probably, like, a million of the other ones," he said.

The rapper added that his forthcoming record All Smiles was “absolutely influenced” by Rihanna.

In September, the couple made their red carpet debut at the Met Gala, wearing similar oversized outfits.

A month later, they celebrated Rocky's 33rd birthday at Wizkid's "Made for Lagos" concert in Los Angeles.

Who else has ASAP Rocky dated?

Well it's fair to say ASAP Rocky has enjoyed his fair share of celebrity romances.

Rihanna has dated numerous high-profile men throughout the years.

From 2007 until 2009, she was in a relationship with Chris Brown. The two broke up after an incident when Brown allegedly physically assaulted her.

She dated Saudi businessman, Hassan Jameel, for three years before the couple split in January of 2020.

The Stay singer sparked pregnancy rumors this week when she appeared to have a "baby bump" while in Barbados.

She jetted to Barbados on Monday to be named a national hero of her home country.

The What's My Name hitmaker sent the internet into meltdown when she wore a clingy orange halterneck dress to the inauguration ceremony.

Many fans posted photos from the event on social media, claiming Rihanna has a visible baby bump in the gown.

One verified user, The Academy, wrote: "Rihanna is pregnant with her first child with A$AP Rocky."

The tweet has received thousands of retweets and favorites, but there is nothing to back up the claims.

The rumor mill went further into overdrive when it was reported that Rihanna told employees in Barbados not to smoke around her.

A source claimed to MTO News: "Staff was told at her house, no drinking or smoking is allowed.

"[Rihanna] is pregnant, and wants to bring her baby in a healthy environment."

Meanwhile, last year the Stay singer admitted she wants three or four babies in the next 10 years.

When asked where she envisions herself in a decade, she told British Vogue: Ten years? I’ll be 42! I’ll be ancient. I’ll have kids – three or four of ’em.”

When asked whether she'd still have children if she hadn't found the right partner, she added: “Hell, yeah. I feel like society makes me want to feel like, ‘Oh, you got it wrong…’

"They diminish you as a mother if there’s not a dad in your kids’ lives. But the only thing that matters is happiness, that’s the only healthy relationship between a parent and a child.

"That’s the only thing that can raise a child truly, is love.” 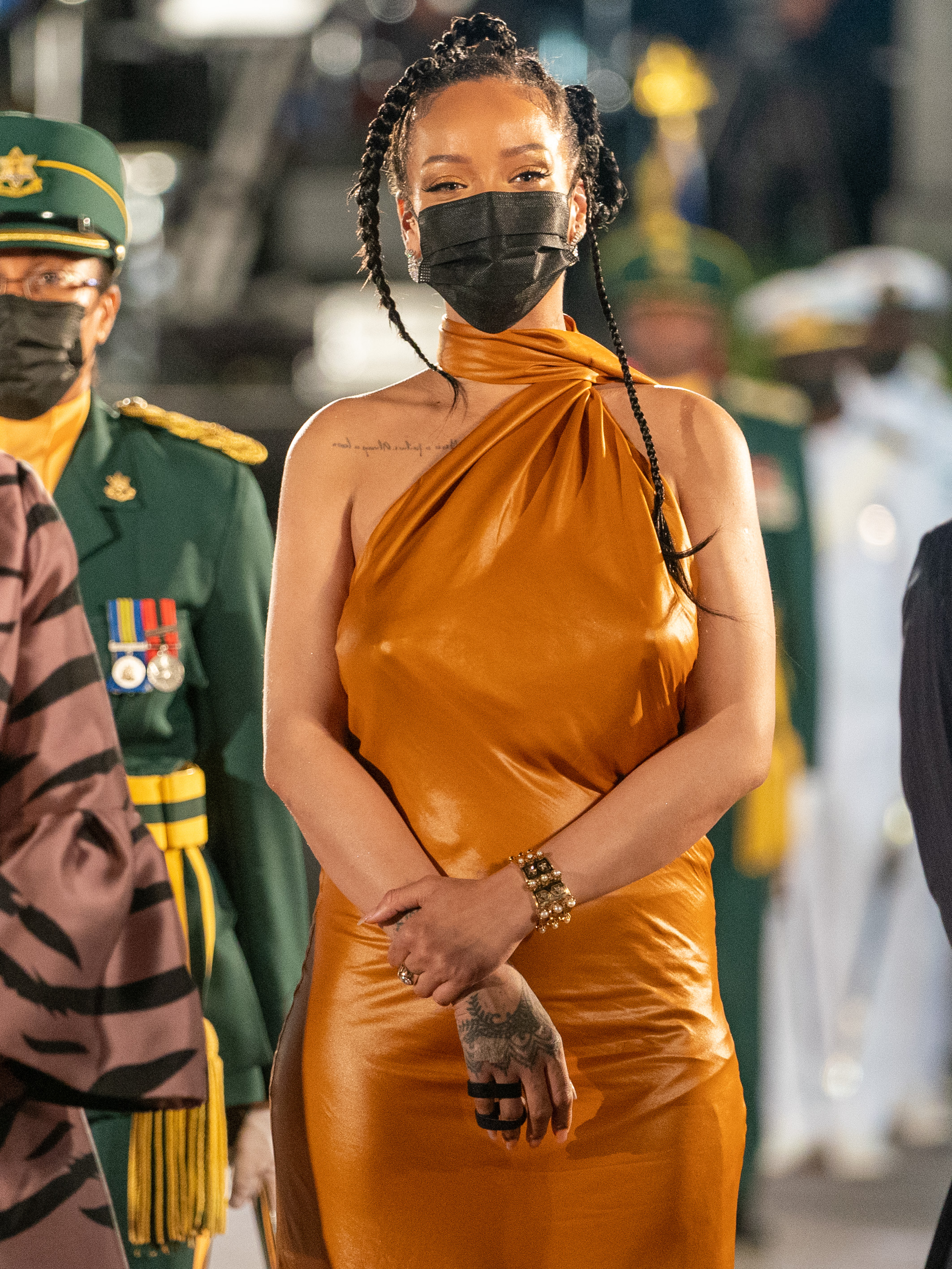 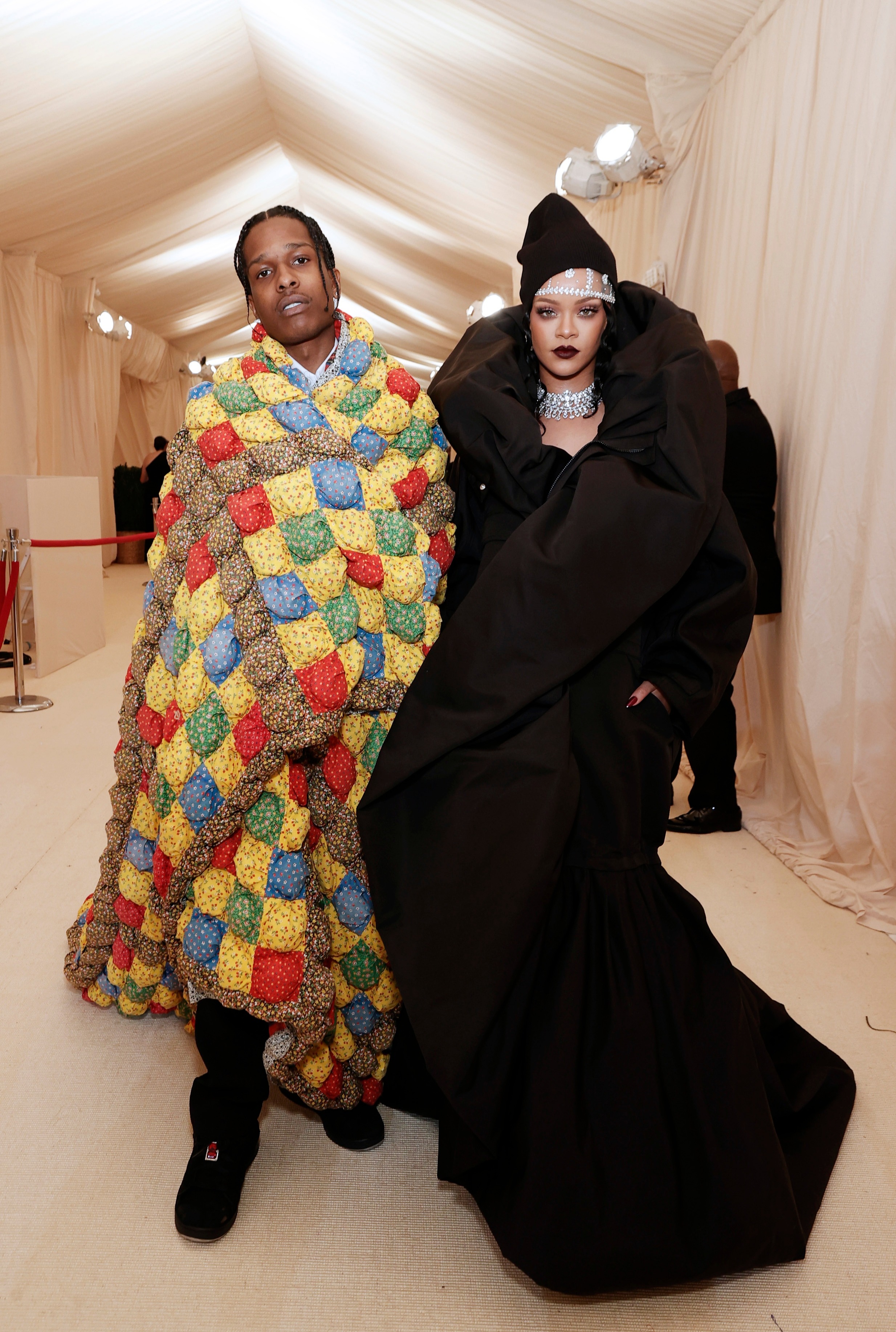