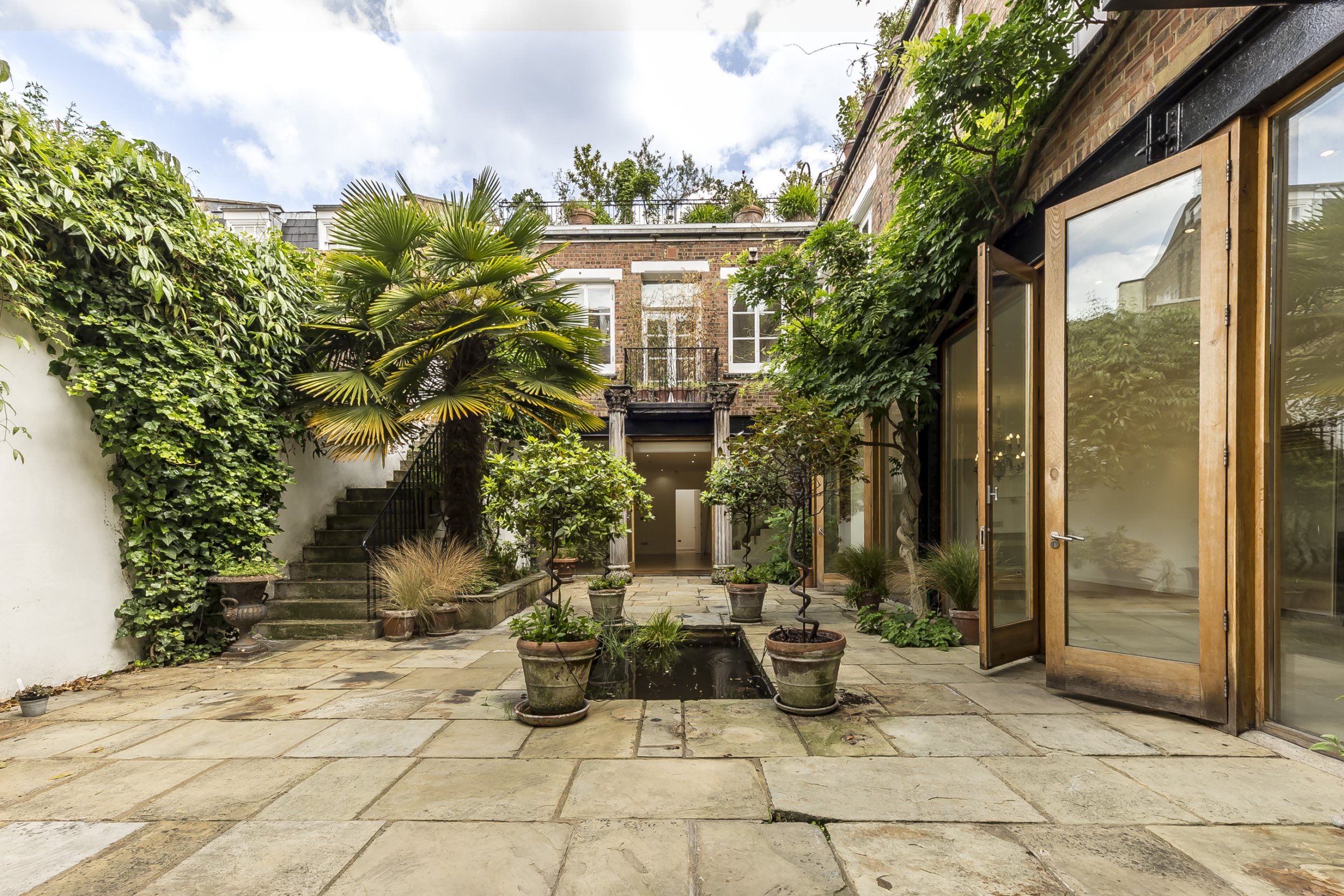 If you ever fancied living like the stars, now’s your chance.

A stunning home once rented out to A-listers and film crews has gone up for rent in Islington, and it’s known as the ‘oasis house’ due to its lush greenery throughout.

This property – on Roman Way in Islington – is set around a tropical courtyard lined with palm trees and greenery, and was previously let to Kirsten Dunst and Heath Ledger.

As well as this, it once played host to the reality television show ‘Britain’s Next Top Model’.

Now, the six-bedroom, five-bathroom home is available to rent once more through Dexters, albeit with a price tag that might make your eyes water if you’re not a red carpet regular.

For £12,502 per month, you’ll get the house itself, as well as a separate flat on the grounds, a double garage, and a roof terrace.

Entry to the main house is through a pair of intricately carved columns, from the old British Consulate in Mumbai.

At night, a projector – activated by movement – projects artworks such as Botticelli’s Venus on the walls of the garden area, changing every few minutes and creating an atmospheric entertaining space.

As for its history, the home was once a dairy farm, before being used as a factory and then being renovated into a residential property.

Owner, Andy Williams, 72, whose family have owned the 4,200ft space for generations said of its celebrity connections: ‘Heath Ledger lived in the property while he was filming the Dark Knight and Kirsten Dunst rented the property while she was shooting How to Lose Friends and Alienate People in London in 2007.

‘Kirsten used to like going to the Hemingford Arms just down the road from Roman Way. Both she and Heath enjoyed using the property to entertain.’

According to Adam King, director of Dexter’s Islington who is marketing the property, the ‘oasis’ element may be why it’s been so popular with the rich and famous over the years.

‘This makes it a great property for celebrities as well as families or couples looking for nature and tranquillity, with all the draws of an inner London home.

‘The property is incredibly versatile with three living spaces and lots of different rooms which could be used for anything from art studios to children’s bedrooms.

‘There’s also a self-contained flat which could be perfect for families with an au pair or nanny who want their own living space whilst still residing within the family home.’

Check it out here.

Get in touch at [email protected]