Good Morning Britain, Lorraine, Loose Women and This Morning are stalwarts of ITV’s daytime schedule. The first of those incredibly successful shows was established in 2014, as it brought Piers Morgan and Susanna Reid together for the first time.

After five fun-packed years, the GMB studio is now opening its doors to fans of the show and they can get up-close and personal to the sets they see first thing every morning.

A short trip to Television Centre in White City, London, enables ITV viewers to get the insider gossip on all of their favourite daytime shows. And while there, some incredibly friendly and knowledgable tour guides spill the beans on what life is like for the presenters on the show.

“We always get asked who comes in [to Good Morning Britain] first,” reveals guide, Ryan. “So normally, when everyone is sleeping at night, Kate Garraway will come in at around 3am in the morning to get started here.”

But just as someone comes in first, there has to be someone in last. No prizes for those who guess the controversial host who joined ITV in 2014…

“Piers is normally last, so probably after 4am he will come in to make-up and rush through to set,” Ryan divulged.

He added: “Kate gets in nice and early and she likes to relax and chill, have some breakfast, before coming in to set.”

This is just a snippet into the Good Morning Britain team, but the tour guides don’t stop there.

They are often quizzed on what everyone has for breakfast, considering the morning show starts at a very early 6am.

Ryan revealed Susanna, Piers and Charlotte Hawkins all share the same diet, and the answer might be pretty surprising to some.

The guide explained: “Piers Morgan loves to come in in the morning and eat his apples and peanut butter. That’s what he’s eating at the moment anyway, along with the ladies, Susanna Reid and Charlotte Hawkins.

The studio itself seems a lot smaller than one imagines. Instead of vast and sweeping empty space, the award-winning team are quite literally a close family who are packed into a room.

Cameras dot the perimeter of the set, and they have the majority of the free space to roam and catch all of the hilarious and talked about moments. 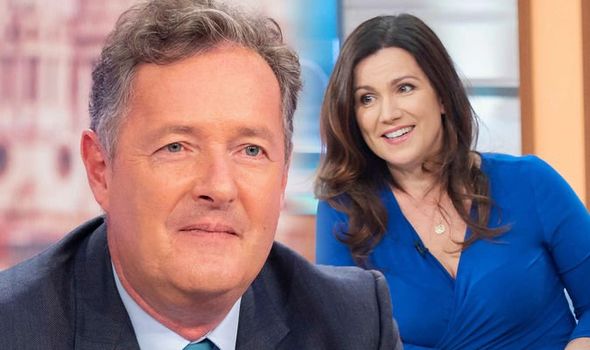 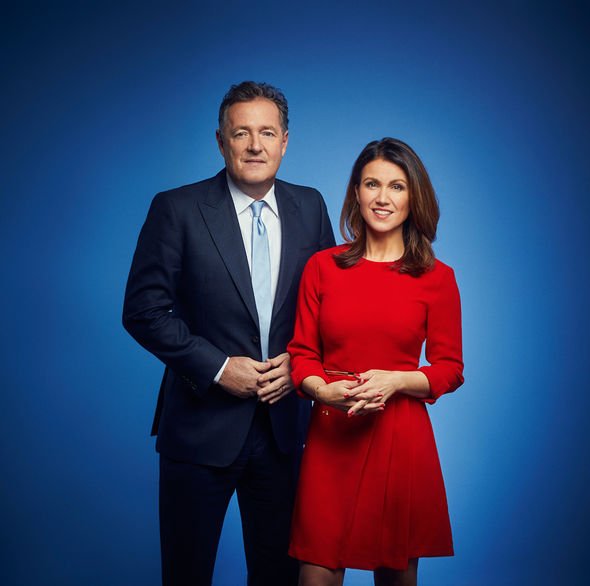 But which is the hardest part of the studio to keep clean? Fans will be surprised to hear it’s not the famous desk.

Fellow guide Mason revealed it was actually the white platform that surrounds it, adding it has to be spotless every single day.

One of the most intriguing things about the studio, aside from how impeccable it is, is actually the temperature.

Gone are the days of sweating under the hot light riggings and it’s because of one very simple reason: LED lights. The new technology is not only greener and better for the planet, but it’s also cheaper to run. What’s more, they don’t emit any heat at all, meaning the studio is kept at a delightful temperature.

When on the tour, fans can get the chance to learn the tricks of the trade from weather girl, Laura Tobin, who gives top advice about how to deliver the forecast.

After that, the tour moves across to a multi-purpose studio, while walking past the dressing rooms, it’s hard not to ogle at Richard Arnold’s dog bed for his little pooch, Clemmie, who is coincidentally the only animal to have their own studio pass.

Through an incredibly large and heavy door, a whole new set awaits in TC2, and it is a hive of activity.

On a weekday morning, the large space is home for Lorraine Kelly and her eponymous show. But the second the Scottish stalwart is off screens, the studio is completely transformed into Loose Women. According to ITV, the move takes around 60 minutes, by 10 crew members; the record is 35 minutes, which is completely remarkable. 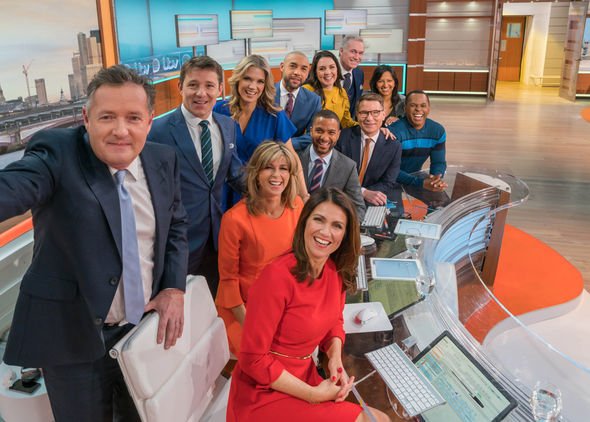 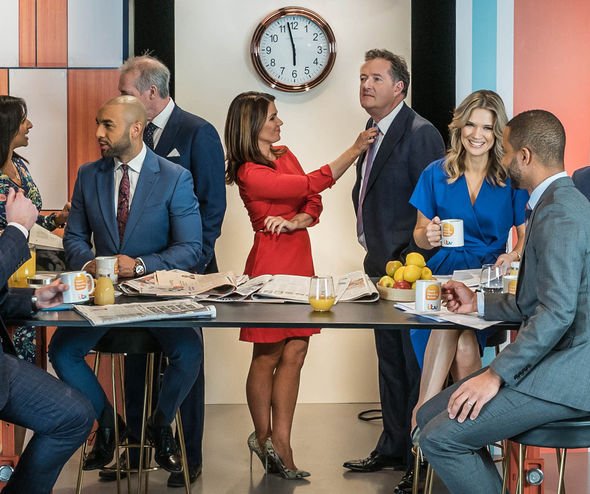 But that’s not all. Not only is TC2 home for two in the daytime schedule, but it also houses Sunday Brunch and Peston.

After learning the behind-the-scenes secrets of ITV’s female-lead shows, fans get to learn the ins and outs of This Morning. Phillip Schofield and Holly Willoughby’s set is perhaps one of the highlights as viewers immerse themselves in the 31-year-old programme.

After sitting on that blue sofa, doing their best impressions of the presenters, it’s worth taking a peek behind the kitchen counter. Just around the corner, studio visitors can see a cheeky image by comedian and Celebrity Juice host, Keith Lemon.

The fascinating and informative tour is jam-packed with interactive features and facts-aplenty, meaning fans can really get up close and personal with their favourite shows. It lasts around 90 minutes and visitors are guaranteed to see three of the four sets on offer.

Tickets for the ITV Daytime Studios Tour are available now, through Ticketmaster.

Good Morning Britain airs weekdays on ITV from 6am.