James Martin rustled up sole goujons during his cooking segment on This Morning earlier this week but viewers weren’t impressed with his reference to the festive season. The TV chef suggested Christmas was “just around the corner” and cooking fans took to social media to comment.

During the cooking demonstration, James said: “The great thing about these is you can freeze these now.

“Christmas obviously is just around the corner,” he controversially added.

“You can pop these in the freezer, [they’re] seasonal fish.

“When they’re solid pop them in a freezer bag and you can deep fry them as and when you want them.”

Read more: James Martin gets candid as he admits ‘My family would disown me’ 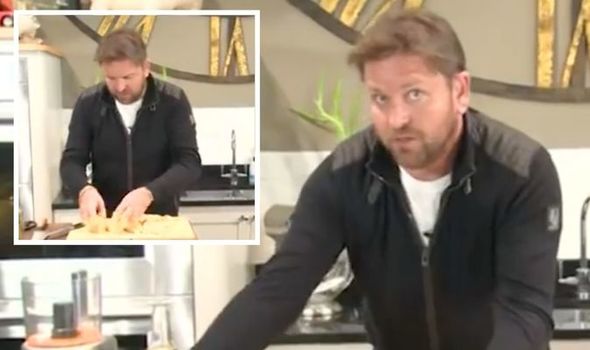 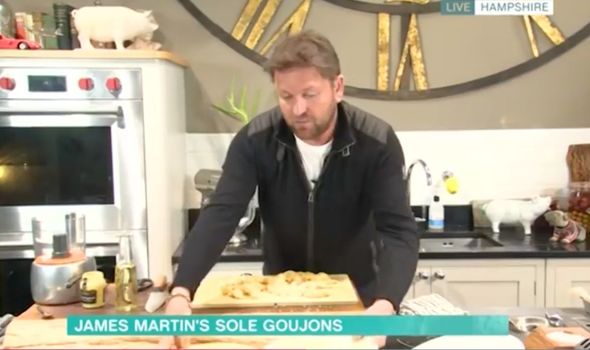 “Takes a load of stress out of it as well.”

ITV viewers didn’t agree with James’ comment on Christmas and took to Twitter to slam the chef.

One said: “Christmas is most certainly not around the corner James. It’s like four months away #ThisMorning.” 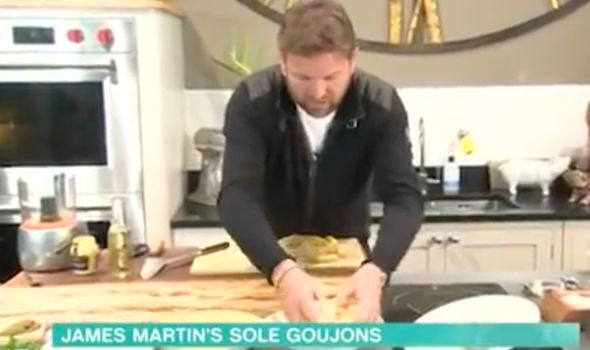 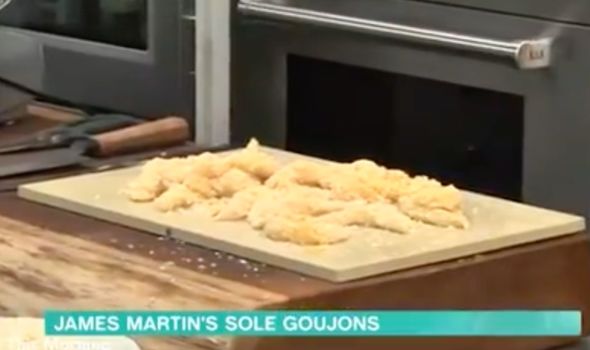 Another shared: “#ThisMorning It’s August!!!!!! Christmas is not just around the corner James!!!!!!!”

“Christmas is around the corner? It’s four months away! #ThisMorning,” a third wrote.

“Not even Autumn yet. We don’t need any ideas for Christmas Day grub yet thanks #ThisMorning,” someone else added.

Elsewhere, the TV chef left viewers astounded after rustling up a mammoth plate of food on This Morning.

James loaded potatoes fries with cheese, bacon and barbecue sauce before topping the dish with a tomahawk steak.

“We are heading Stateside with James Martin, he’s in his kitchen and he is cooking us a feast,” host Ruth Langsford said.

James explained: “That central part of America is beautiful but also has amazing steak and food.

“So I am just going to show you really simple loaded potato skins.”

Viewers were stunned at the huge portion of food as one tweeted: “#thismorning J**** C**** that meal is HUGE. #jamesmartin.”

Another added: “Oooh that tomahawk steak looks amazing – my stomach just made a disgusting noise! #ThisMorning.”

“The size of it has completely deterred me. #jamesmartin,” a third shared.