IF there is someone who is the epitome of 'forever young' than that person is Jennifer Lopez.

The Jenny From The Block singer, 50, looked incredible as she flaunted her figure in Saint-Tropez. 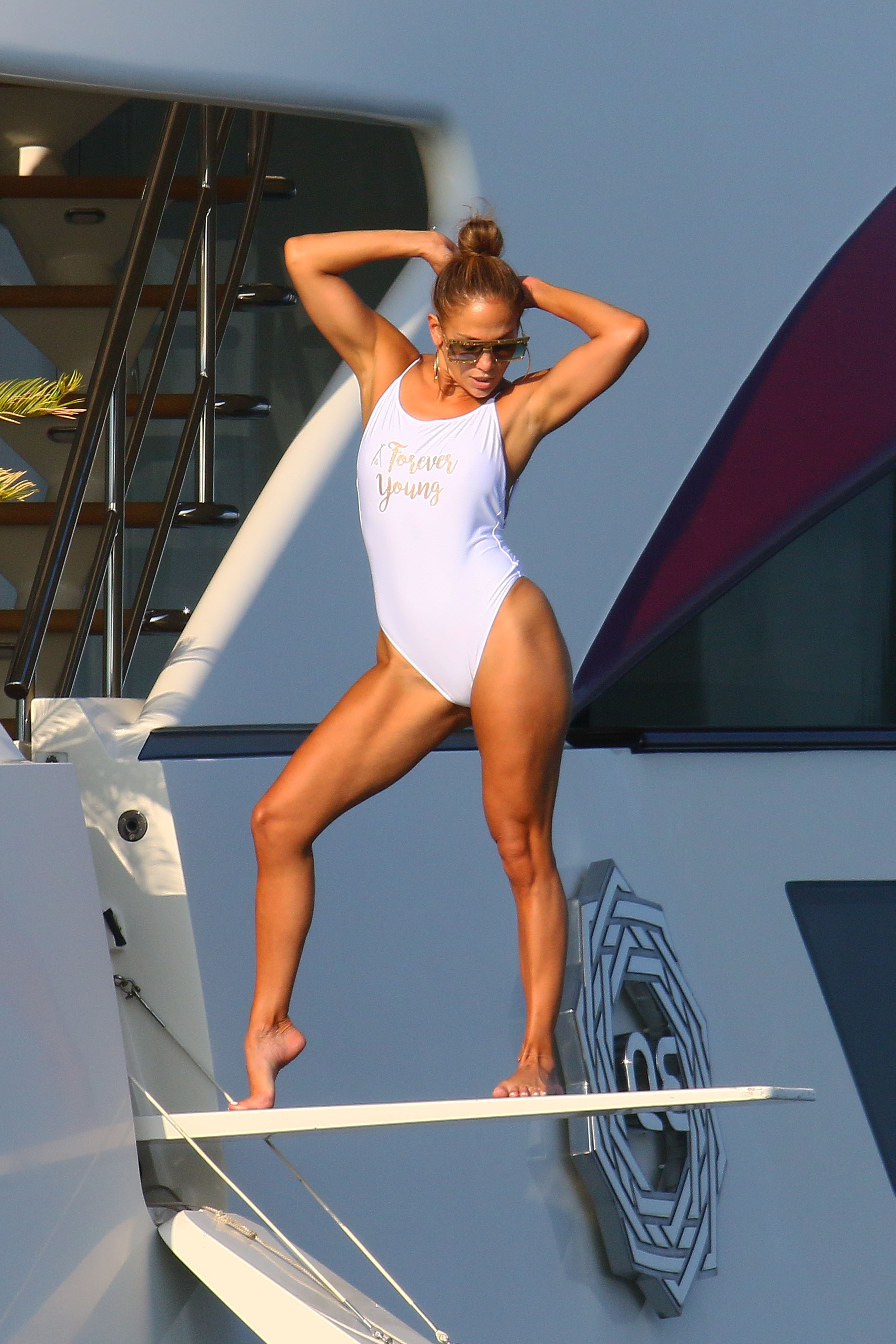 The star wore a stunning white swimsuit for a photoshoot on a luxe yacht in the posh resort today.

The superstar rocked the sexy high-cut one-piece which was emblazoned with the words, 'Forever Young'.

She paired the beachy getup with gold sunnies and giant hoops.

J-Lo could be seen flexing her famed muscles which she has perfected with a strict exercise routine and an extreme diet before filming her upcoming movie Hustlers. 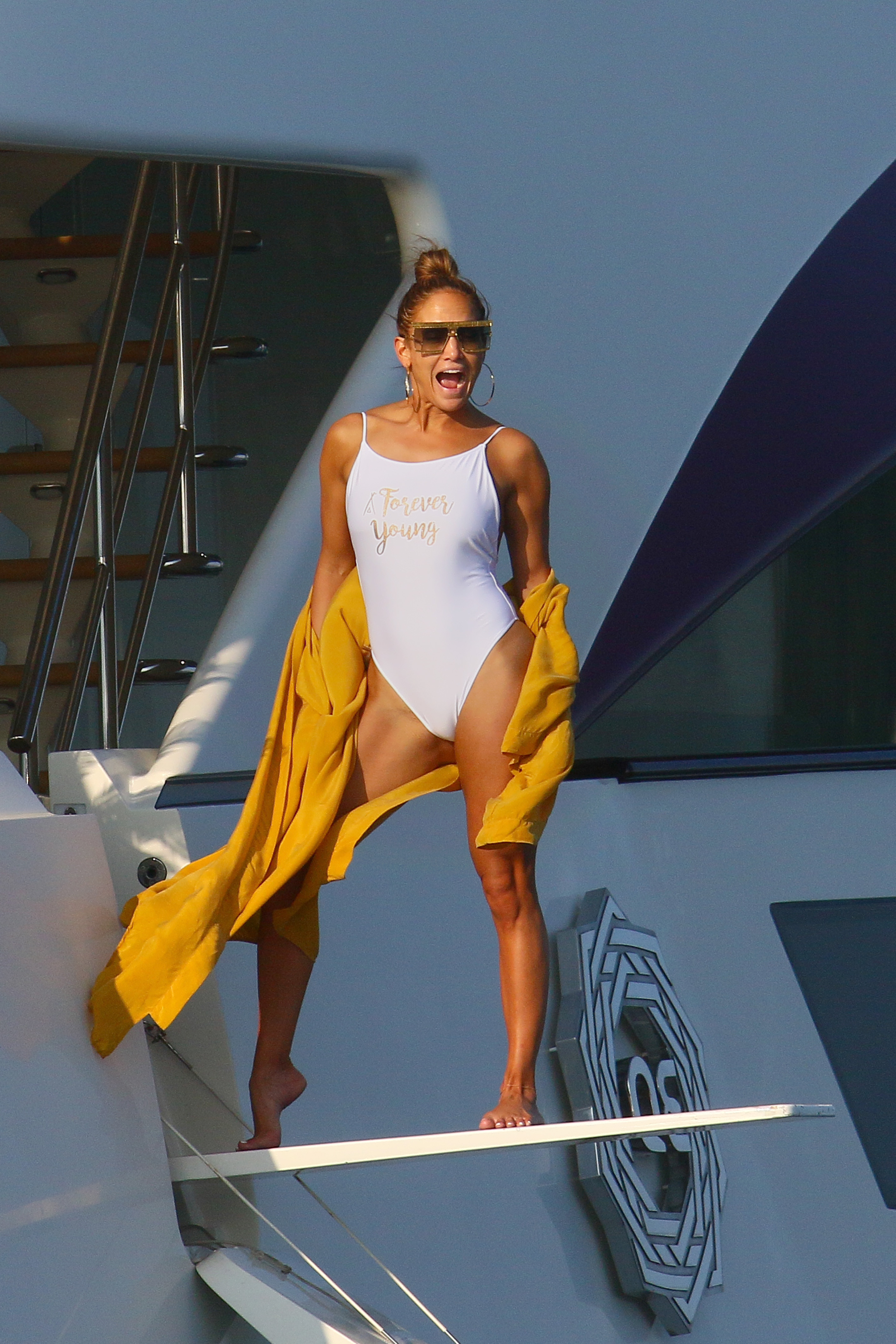 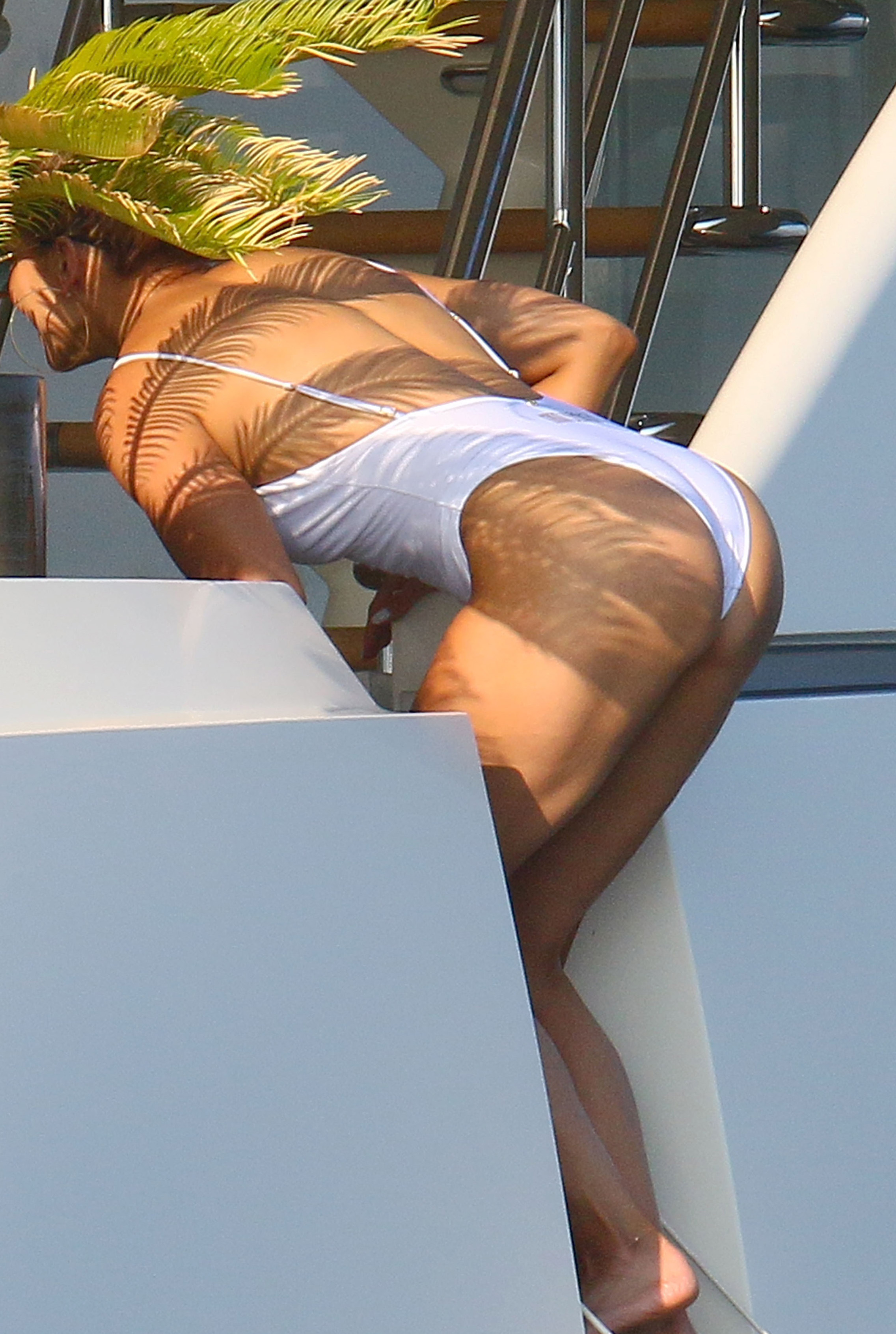 The superstar was accompanied by her fiancé Alex Rodriguez.

A-Rod was seen splashing around in the water as J.Lo proudly snapped pics on her phone.

Meanwhile, just yesterday it was revealed that Alex has sold his swanky Hollywood Hills home for $4.4 million ahead of marrying Jennifer. 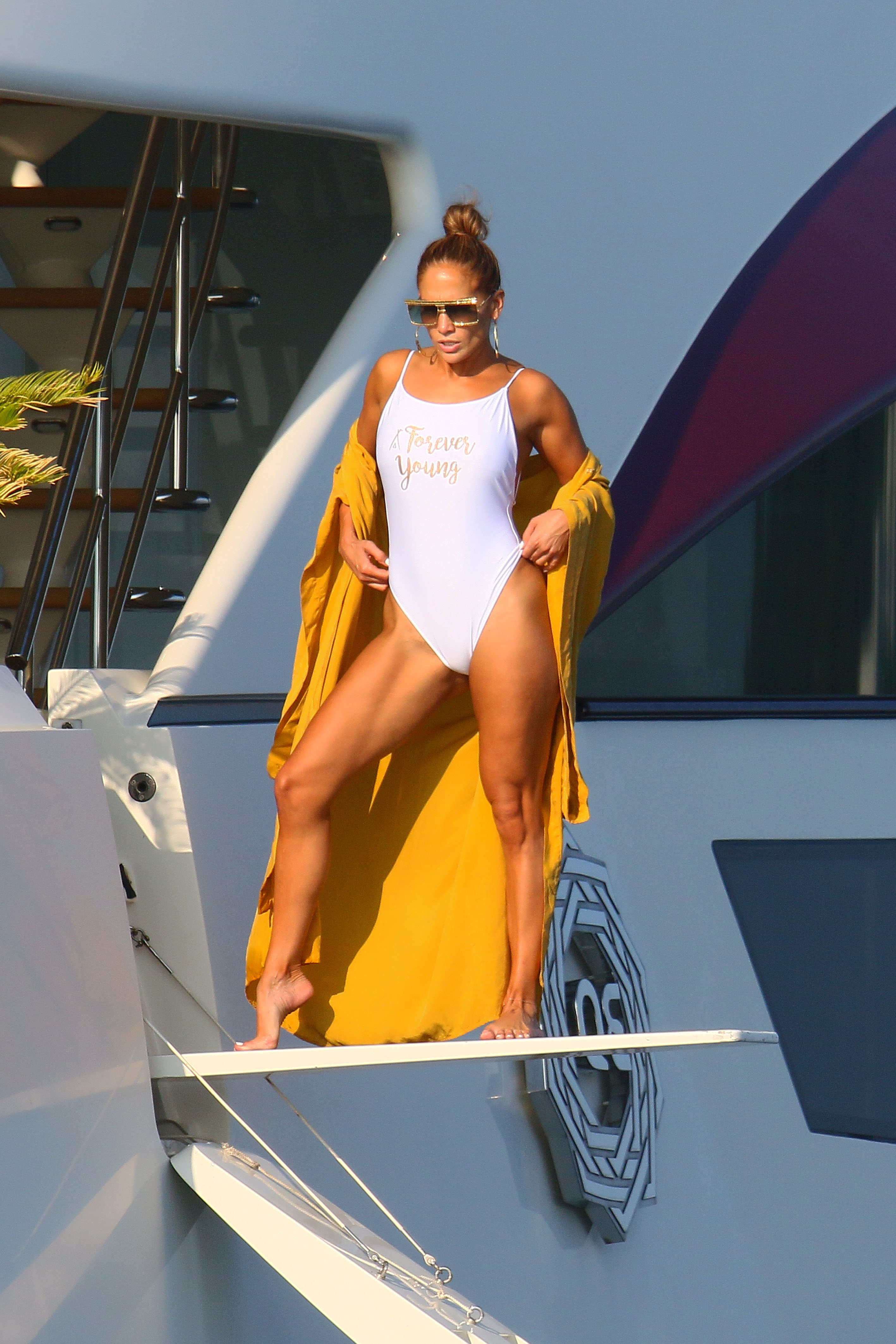 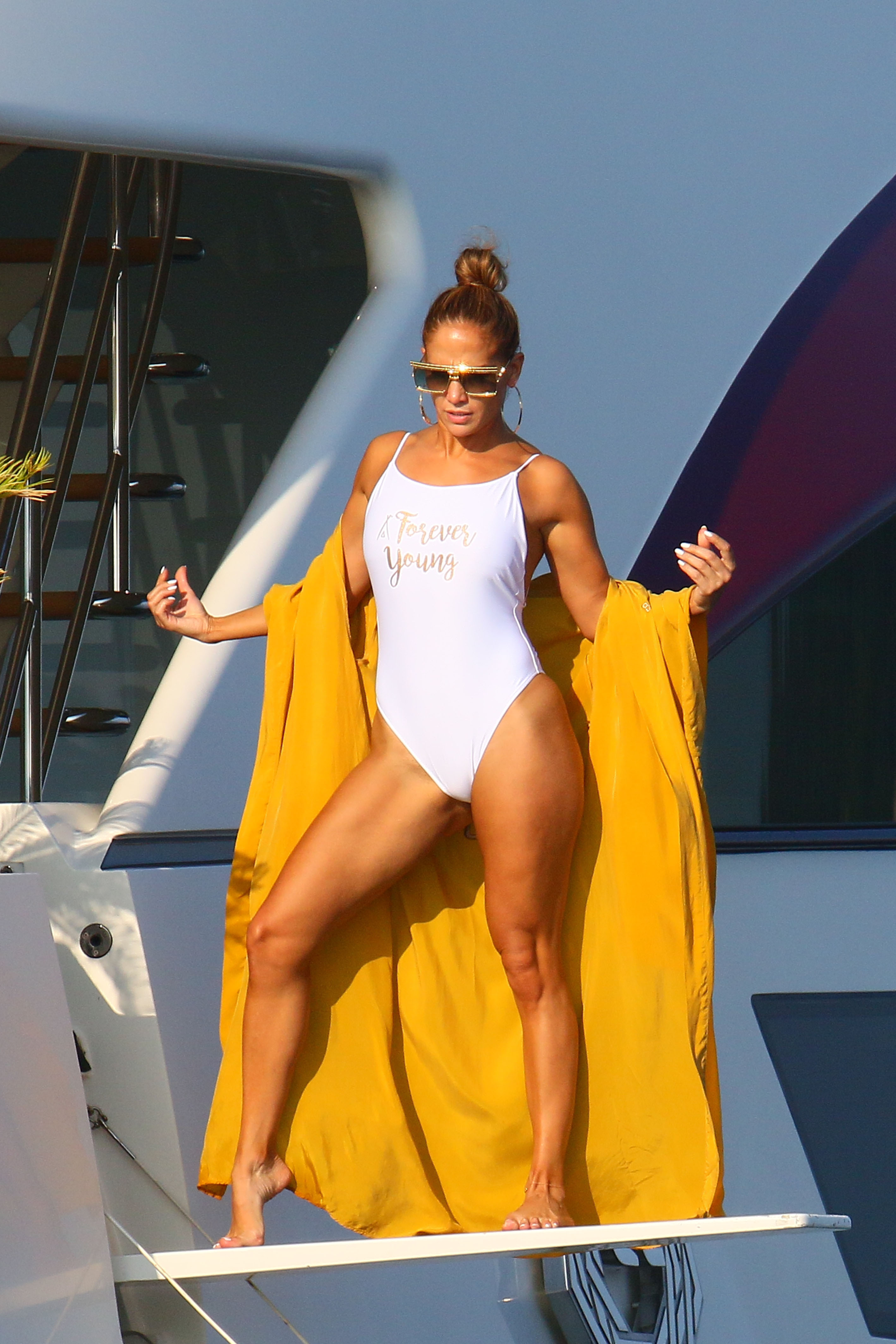 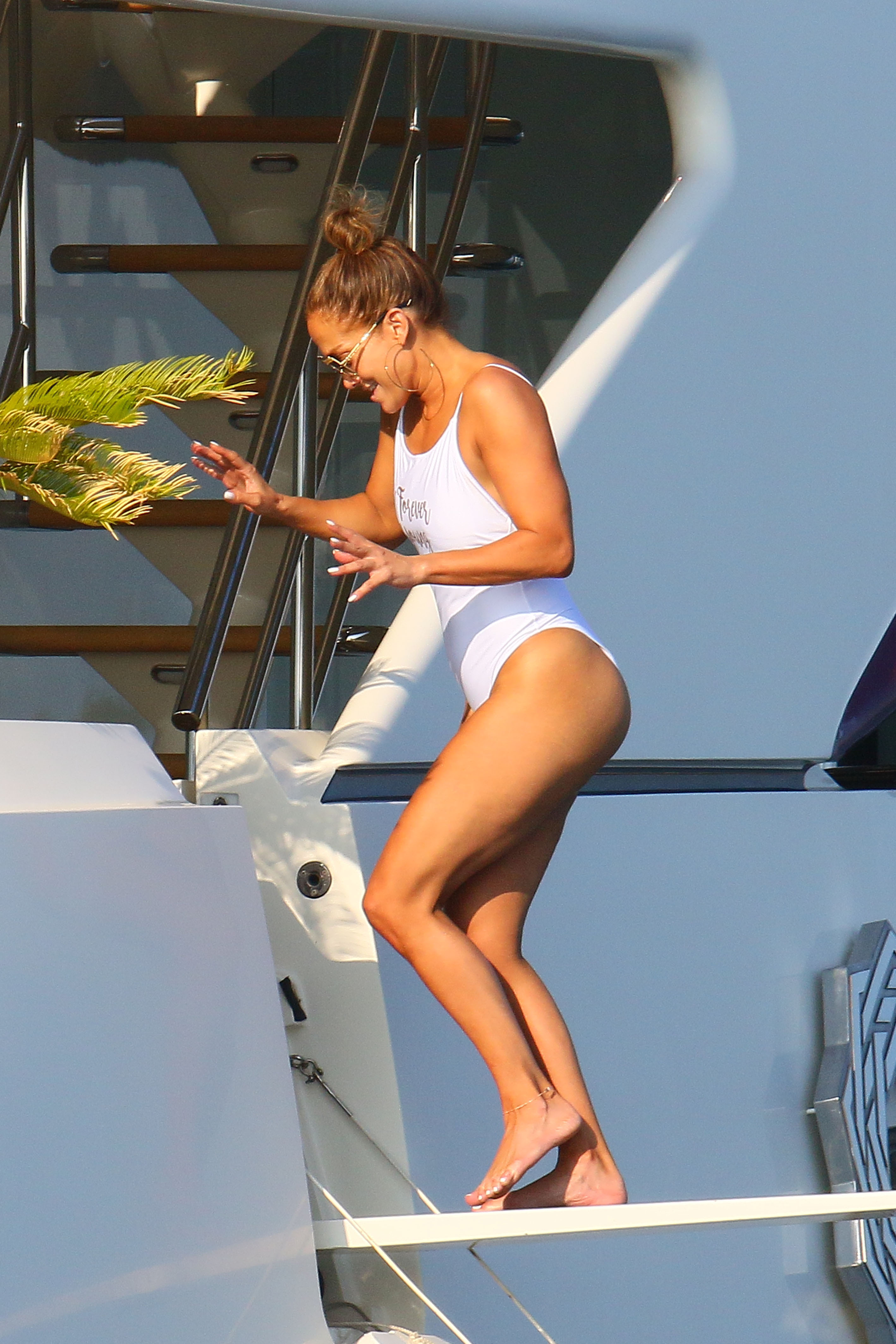 According to Page Six the ex-Yankee bought the house from Meryl Streep in 2014, and the four-bedroom pad boasts an outdoor oasis with a pool, a fire pit and a fountain.

The house was built in 1954 and known as the Honnold & Rex Research House as it was originally part of an architectural research program.