HIS shock exit from ITV, amid tragedy behind the scenes of his hit daytime show, sent Jeremy Kyle to his lowest ebb.

But in part two of his first interview since the ­popular ­programme was shut down, the host reveals it was his soon- to-be-wife ­Victoria who clawed him back from the brink. 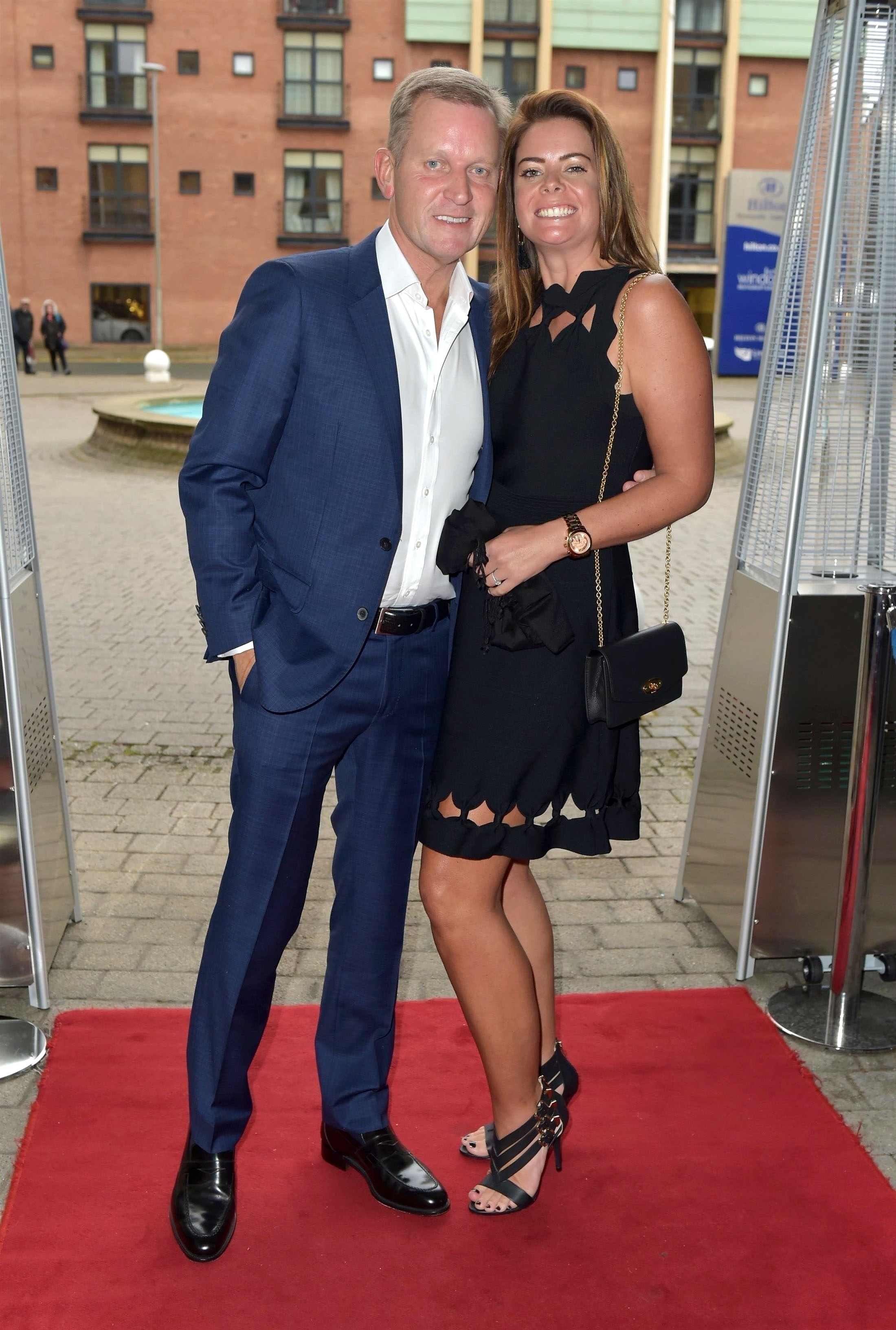 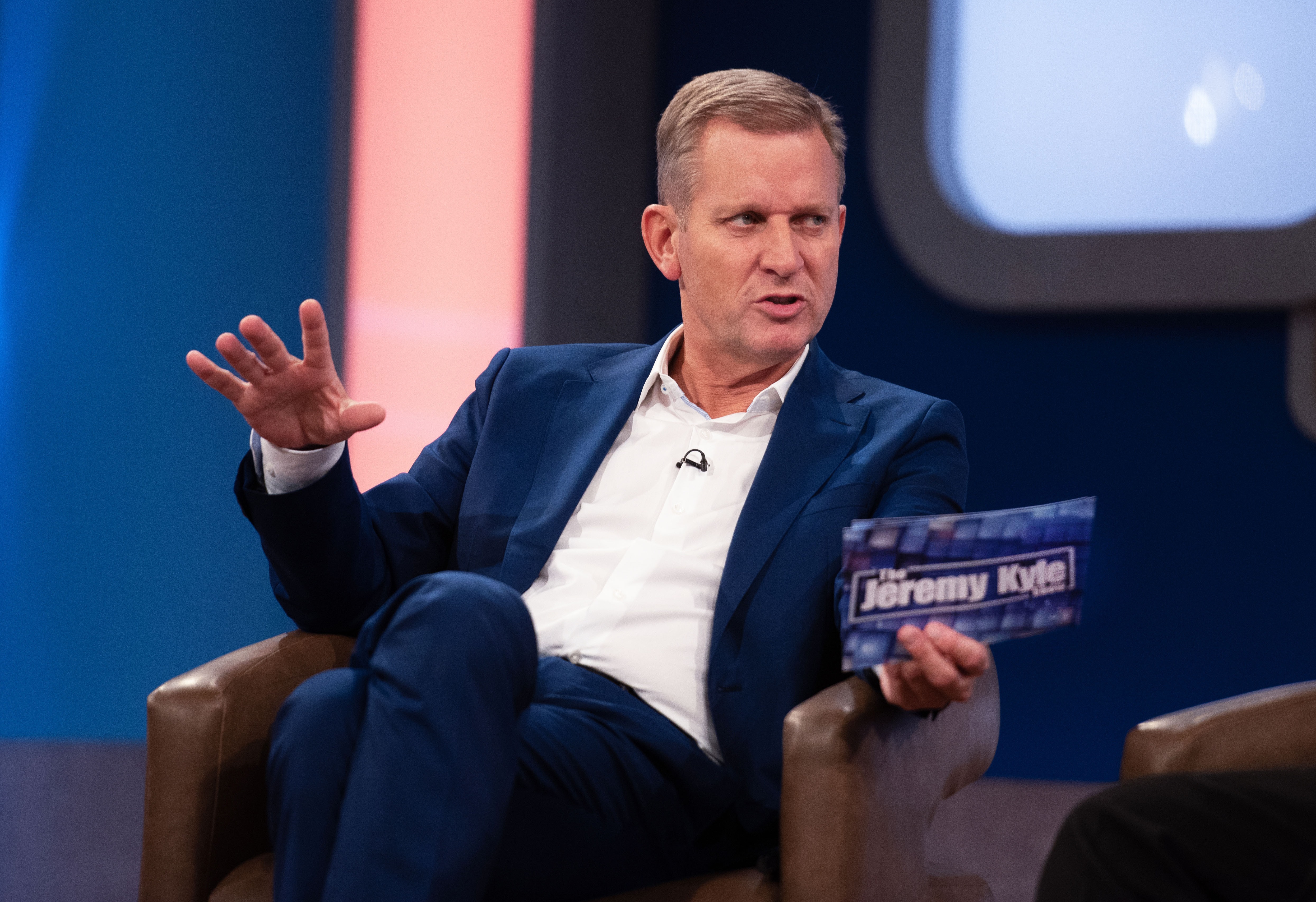 After telling The Sun how he turned to medical help to battle ­anxiety in the wake of the incident — which saw a troubled guest later take his own life — today Jeremy tells how the “love of his life” held his hand through the traumatic experience.

Ahead of the couple’s long-delayed wedding, father-of-five Jeremy says: “I could not have done it without her — she’s just been so ­balanced and grounded and supportive.

"She’s not from that TV world and her advice has really helped me find perspective.

“I would give Vic massive, massive credit for getting me back on my feet.

“She’s seen me at my best, and at my lowest ever ebb, and still wants to marry me. She is the love of my life and I’m a very lucky man.”

The couple have been dating since 2017, having first met some years ­earlier when Victoria worked as a nanny to Jeremy’s children — but reconnected after his split from his second wife, who was accused of cheating on him.

In February 2018, it emerged the TV star had proposed to Victoria in Caribbean islands the Grenadines.

He adds: “Actually, this is now the sixth rescheduling of the wedding, after all the lockdowns, so it is ­happening this time around come hell or high water, and we can’t wait.

“Our big day has been a long time coming, and after all the ups and downs of the last few years I truly can’t wait to see her smiling in that dress — and for us to move forward.”

‘I’M SURE THERE WILL BE FUN AND FIREWORKS'

Since the death of show guest Steve Dymond in May 2019, which saw channel chiefs indefinitely ­suspend the ITV ­programme, Jeremy has used his unplanned hiatus to spend more time with his fiancée, their 18-month-old baby, Oliver, and his father — who recently died in a care home with Jeremy by his side.

The chance to see his dad, Patrick, pretty much every day towards the end of his life was, says Jeremy, an entirely unexpected and positive consequence of losing the top TV role — but also inspired him to get back on his feet and return to work.

Next Monday, the star will launch his new daily drivetime show on talkRADIO — a move that takes him back to his first love of broadcasting, but will once again test the boundaries of voicing strong opinions on air.

It is an issue he admits will challenge him to find the right balance as he goes along, joking: “It might be a disaster at first but we’ll get it right and I’m sure there will be plenty of fun and fireworks along the way. I’m looking forward to challenging strong opinions on air, and changing them too — even some of my own.

My show will have real people at its heart, and I want to make sure our listeners feel ­listened to themselves.

"If they have questions, I want to help get them answers, especially from those in power. And if they love big-name sports and celeb exclusives, I guarantee they’ll be in for a treat.”

Laughing, he explains: “In the end it was a combination of some things my late father said to me before he died, and Vic urging me to get back to work, that made me realise the time was right to return.

Vic has seen me at my best, and at my lowest ever ebb, and still wants to marry me.

“We’d just had a baby, we’re planning a wedding and have really enjoyed our time together but she said: ‘Look, this isn’t normal now. What with Covid and the lockdowns and everything else, we’ve been stuck together in the same house constantly for two-and-a-half years. You need to get back out there.'”

Jeremy adds: “Radio is where I started and I love it, but it’s true that the world is changing, broadcasting is changing, and we are adapting to new boundaries all the time.

“There is a lot of fear now in my industry among people who think they could lose their jobs in an ­instant — it’ll ­happen to others too.

“Many in the industry thought I was in such a safe gig, and suddenly it was gone — and they’ve said to me: ‘If you can be taken off air in an instant, after all those years with such a successful show, with such a great team, it can happen to any of us.

“So this will be a challenge — ­airing opinions. I hope people can still have strong opinions and express them. I know it’s a minefield these days but I do believe in free speech.

“I want people to have their say and to try to persuade others to their point of view. And if that’s not ­possible, let’s all agree to disagree without anyone needing to be silenced or cancelled or run out of town.”

He does not point any fingers but adds: “We haven’t been in touch. But Kevin Lygo [Director of Television] has called. He’s always been straight with me and I’ve always been grateful for the support he has given me — in public and private.”

Jeremy also tells how his father became his best friend during their unexpected time together — and in his final weeks urged his son to return to broadcasting.

‘I LOVE THE TIME WITH MY FAMILY'

He says: “He joked I’d end up with six kids soon if I didn’t, and I’m already sick of being their taxi driver.

“So as much as I love the time with my family it’s definitely the right time.

“My dad was a brilliant man, a real gentleman, charming and hard- working, who spent 40 years in ­service with the royal household.

“But he also had a wicked sense of humour and a lot of wisdom, which I have always tried — not always ­successfully — to take on board. On several occasions Dad had falls, and it was tough at times to watch his decline, but it was also a great ­comfort for us both to know I could be there within minutes whenever he needed me.

“At the end I was able to hold him and talk with him — that was a very tender and special and important moment, and one good thing to come from all this.

“He gave me some fantastic advice, and he listened, and he was proud of me, so I want to make him proud again by going back to work and moving forwards with my life.

“Dad also taught me to be bold and stand by what I believe — he didn’t mind railing against other ­people’s opinions.

“I could try to go ultra-woke, but honestly, I don’t think it’s right that everything my mum and dad’s ­generation fought for is all now seen by some as awful.

“I want to stand up and find a place for my dad’s values too.”

Jeremy also tells how the Covid pandemic, which began to take hold less than 12 months after guest Mr Dymond’s death, helped him begin to feel “a sense of perspective” about his own misfortune.

He says: “By the time the pandemic hit, I’d already been in a sort of lockdown of my own for six months.

“But suddenly thousands of people were dying — and that was scary, surreal.

“Something shifted and I knew I couldn’t wallow any longer — that also helped give me new perspective.

“I can’t wait to get back out there and to move forwards again.” 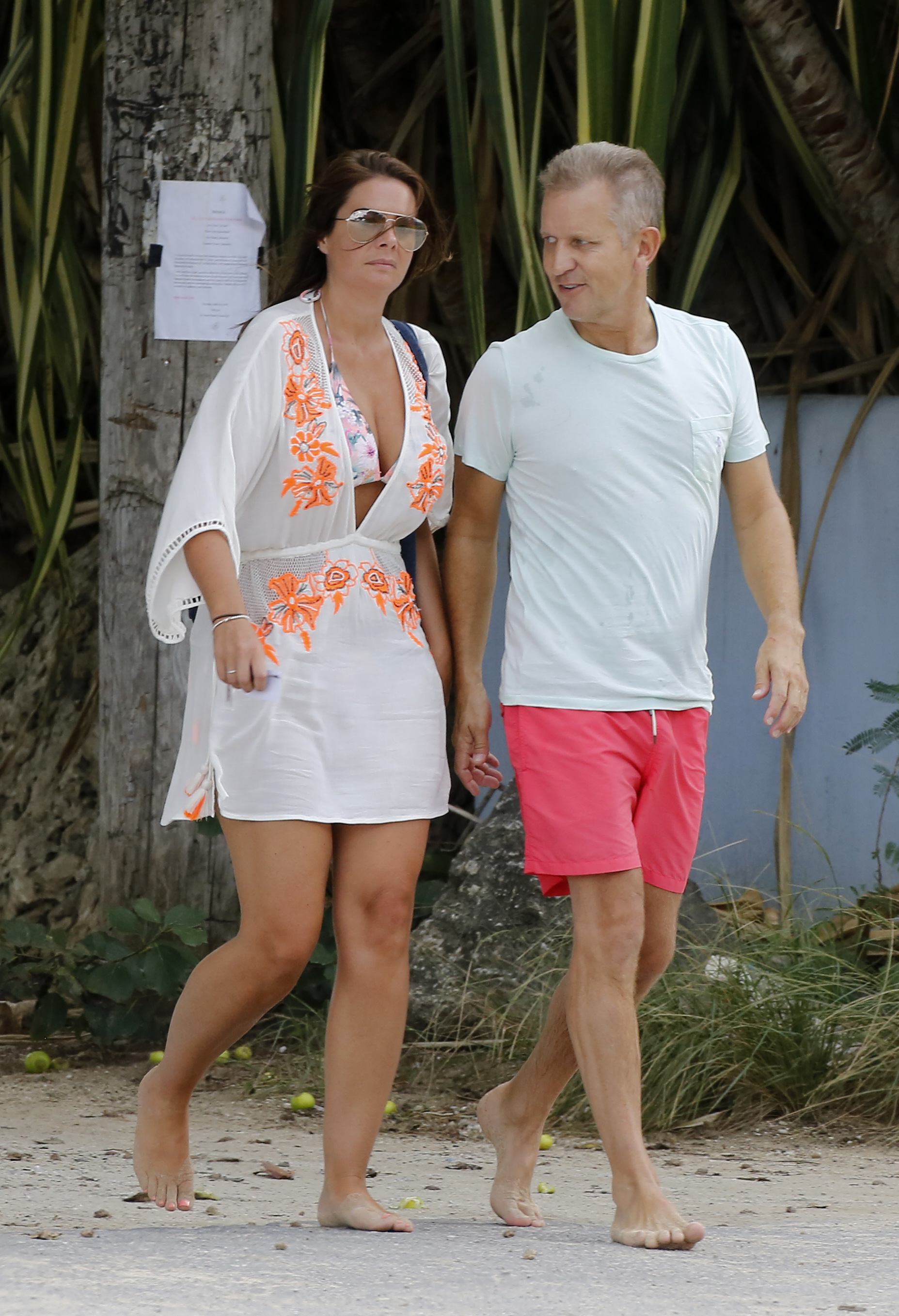 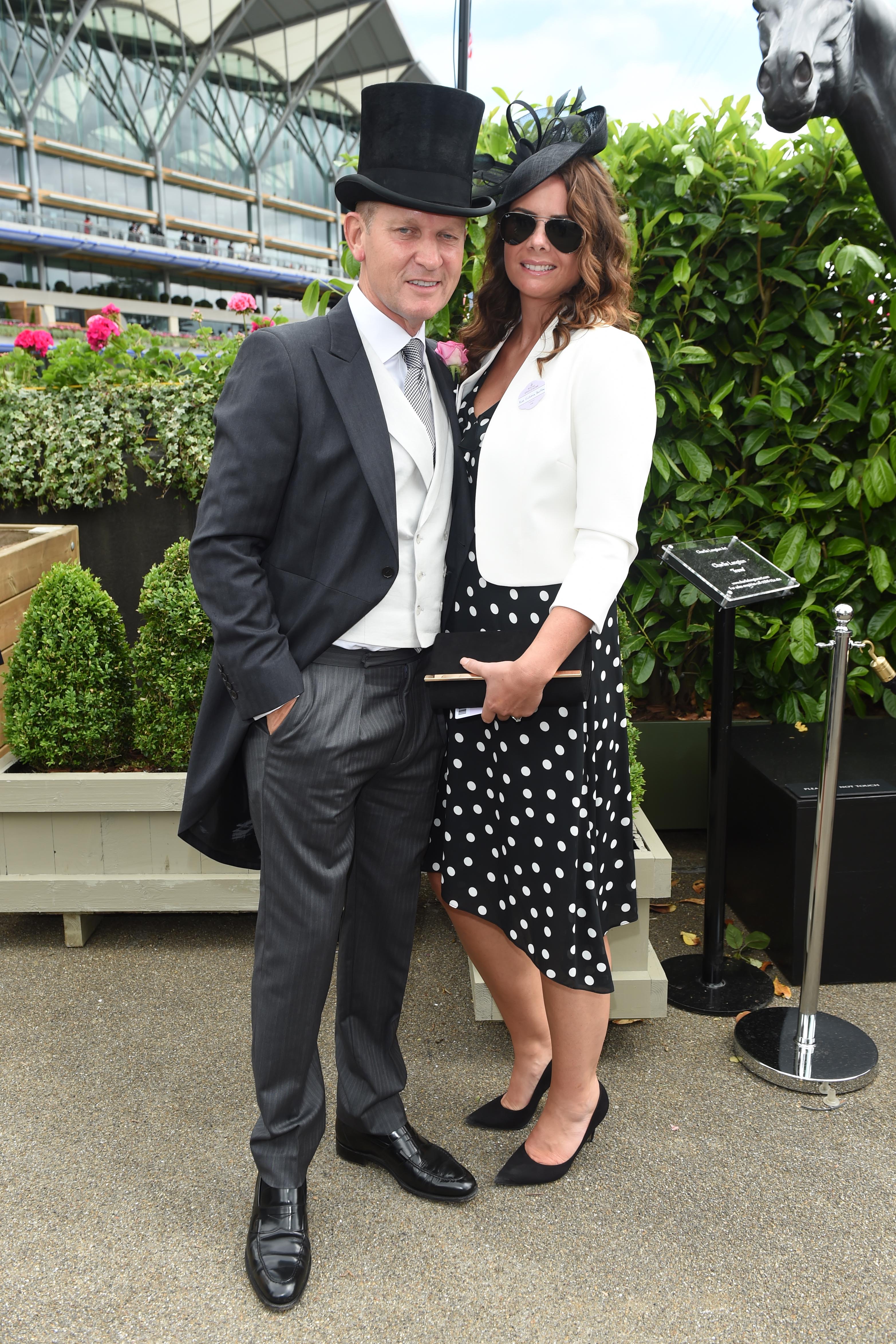 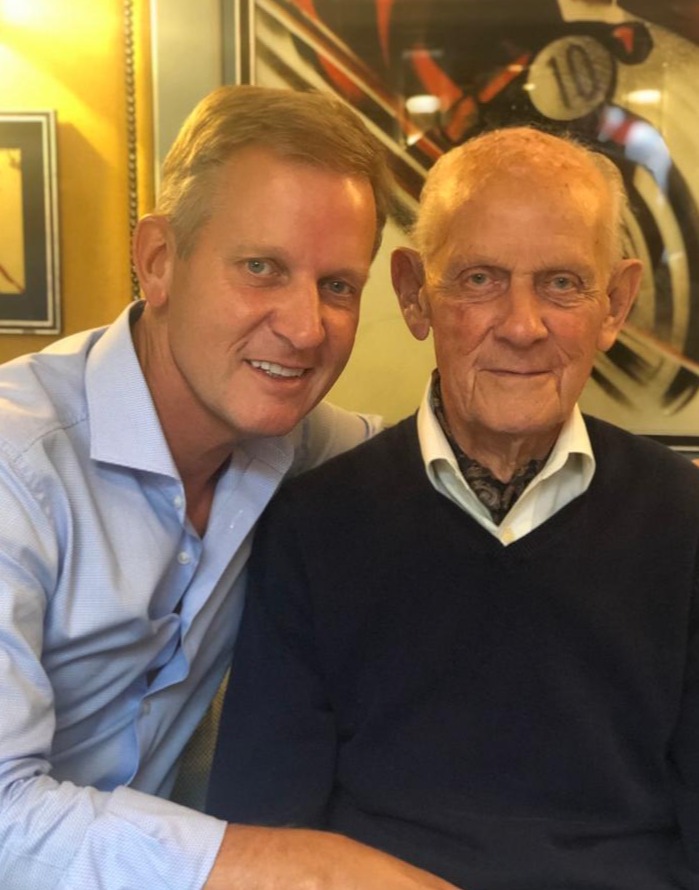 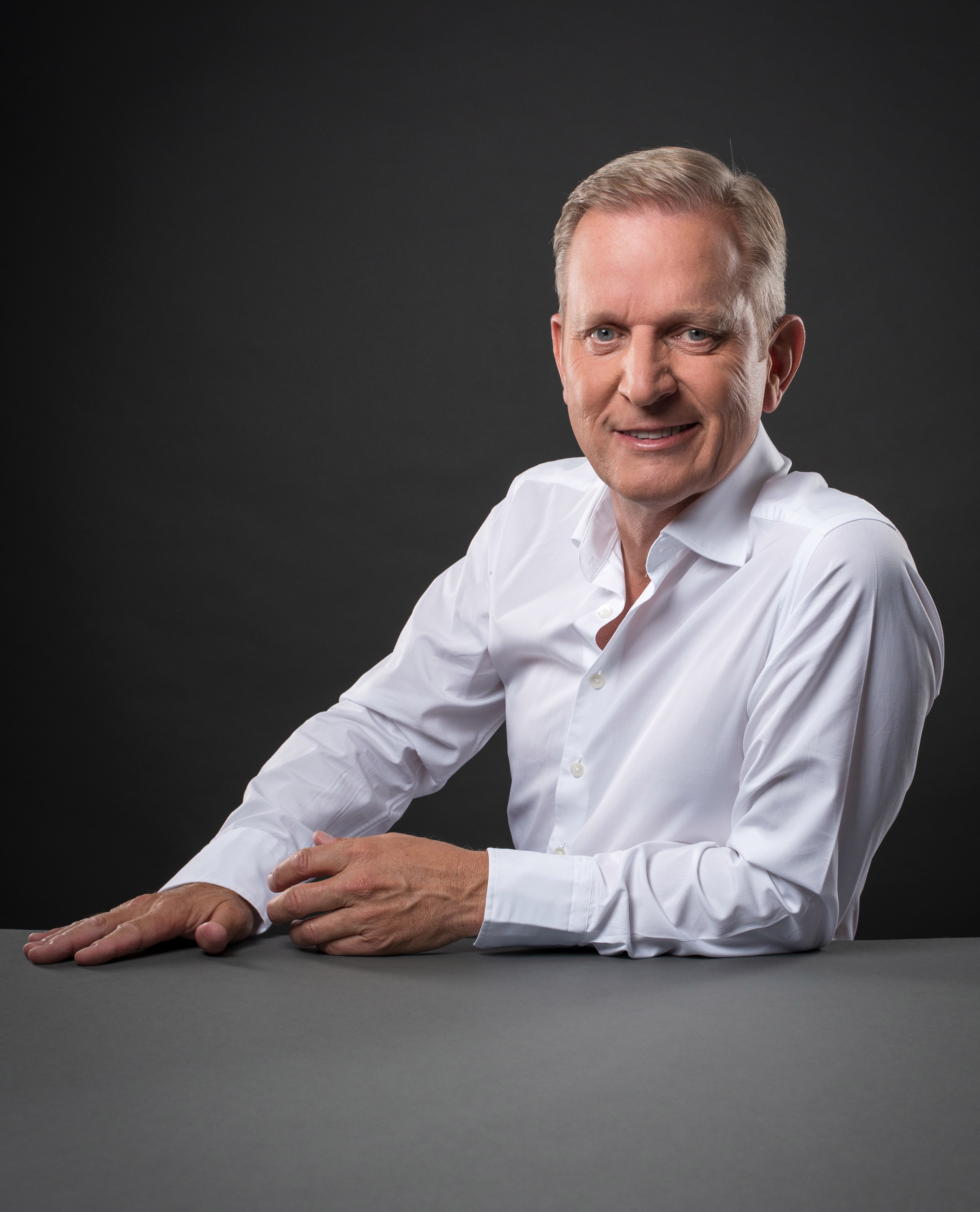