Episode four of season six left Line of Duty fans scrambling to piece together hints and clues from previous episodes to try and work out who could possibly be DCI Jo Davidson’s (played by Kelly MacDonald) sibling. The Murder Investigation Team leader was put under the spotlight earlier in the series when she was arrested and accused of underhand tactics within her investigation of Gail Vella’s murder. She was released without charge and last weekend, BBC One viewers tuned in to find James ‘Jimmy’ Lakewell (Patrick Baladi) broken out of prison by AC-12 for an interview. But before the recording device had kicked in, the prisoner made it clear he would not ‘rat’ on the OCG. While Superintendent Ted Hastings (Adrian Dunbar) stormed out of the room, annoyed by Jimmy’s stubbornness, the inmate referred to a secret he shared with DI Steve Arnott (Martin Compston) while they were in the van. Jimmy was later strangled in his prison cell and Jo’s response to the news was one of shock. Now, viewers are suggesting Jimmy is Jo’s brother.

“As we know sir, officers’ samples are stored on the system to exclude contamination of crime scenes,” Steve explained during the final scene of episode four.

“Now, an officer’s DNA isn’t speculatively examined on a routine basis, and certainly wasn’t back when Davison joined the force.

“Because the DNA deposits detected at the house were related solely to a police officer, they were compared against the whole system,” he went onto Ted.

“The analysis detected partial matches to a nominal whose DNA is stored on other police databases. He’s identified over the page.”

Ted was then seen reading the documents and Steve continued: “As we know sir, there’s only one credible explanation for Jo Davidson’s DNA matching this individual – they’re blood relatives.” 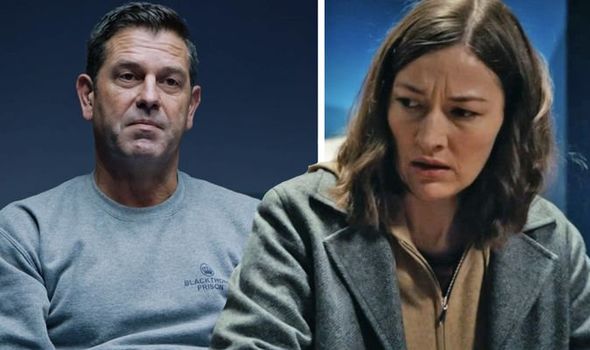 “Mother of God,” Ted whispered and the episode ended.

Taking to Reddit to discuss the theory the plotline read: “Lakewell leaked intel to Vella several times. He confirmed this to Steve in the van.”

The post explained how “the OCG realised there was a leak” and Jimmy “called Vella from HMP Blackthorn” with the intel for her podcast – this was later recovered from her house.

“Earlier In S5, Hastings disclosed an anonymous OCG rat to Lee Banks which put Lakewell in a big hole,” the fan explained.

“Davidson is then threatened by OCG as they know the brother-sister relationship and her position, and the leverage is that Lakewell will be kept safe in Blackthorn as long as Davidson is in their pocket, suppressing Vella’s case. 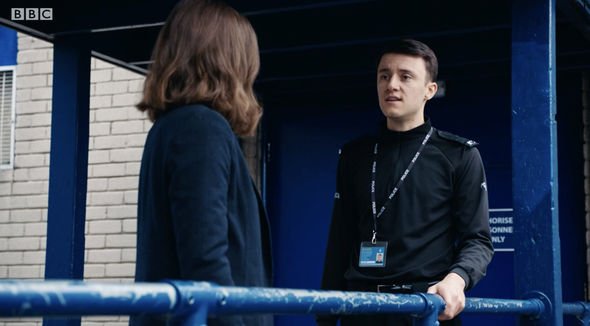 “The original SIO on Vella then gets replaced by Davidson, in order to suppress the fallout of Vella’s insider intel directly,” the post continued.

They also said Jo was living in Jimmy’s flat and his “involvement with the OCG explains the locks” on the doors and because “he’s in prison it’s an empty unlived house”.

The post also referenced the photo on the side table in the dining room which saw a woman with a young girl.

“The photo is Lakewell’s photo of his mum and sister together,” it was suggested. 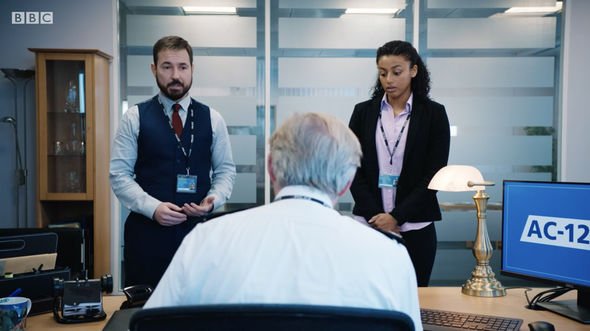 As for “the laptop chat” the viewer thought it “could be an AC unit talking to her as she’s reached out as a UCO, but more likely it’s still our representation of H”.

Someone replied to the post with their own thoughts: “Interesting theory, I like it. Now the OCG have murdered lakewell though, they don’t really have any leverage on Davidson apart from the threat on her own life. Seems like it would make more sense to keep him alive and keep Davidson in line.”

“Davidson is in too deep now anyway so I reckon Ryan telling her he died because he was a rat was a warning to her to keep her mouth shut,” one argued.

Another wondered: “I like this a lot. Except… would a DCI be able to keep that relation a secret?” 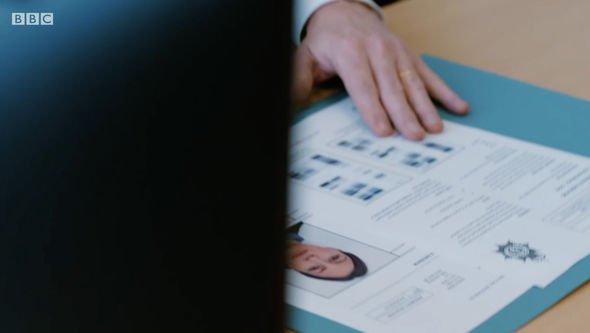 And someone responded to this question with: “If he was a half-brother (shared father) and Davidson’s father isn’t recorded on her birth certificate, then it wouldn’t be picked up in initial vetting and clearance and wouldn’t necessarily be recorded anywhere. So it’s not that implausible.”

“This seems the most plausible theory i’ve come across to date. Davidson was clearly rattled when Ryan informed her of Lakewells death in prison,” a comment read.

One other added: “Interesting theory, the theory about the luxury apartment definitely sounds plausible. As this has been a constant area of uncertainty since episode 1.

“It would definitely tie in with the lifestyle Lakewell was accustomed to, which was of course spoken about several times in the last episode.”

Line of Duty season six airs Sunday nights at 9pm on BBC One.