JOE Wicks showed off his shredded abs today as he worked up a sweat with wife Rosie in their home gym.

The Body Coach might be recovering from hand surgery but that hasn't stopped him from exercising. 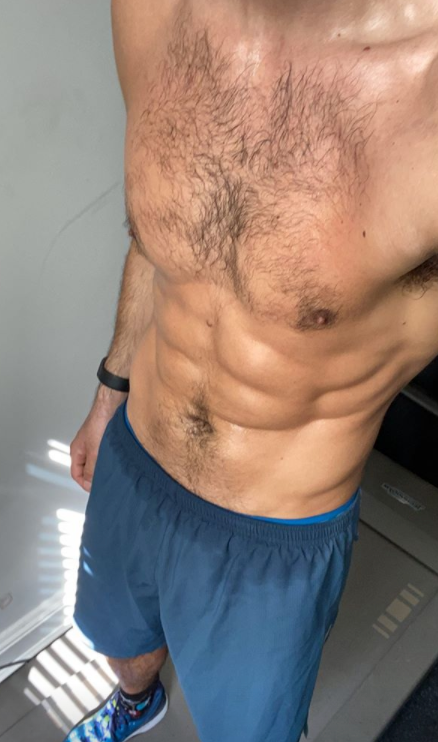 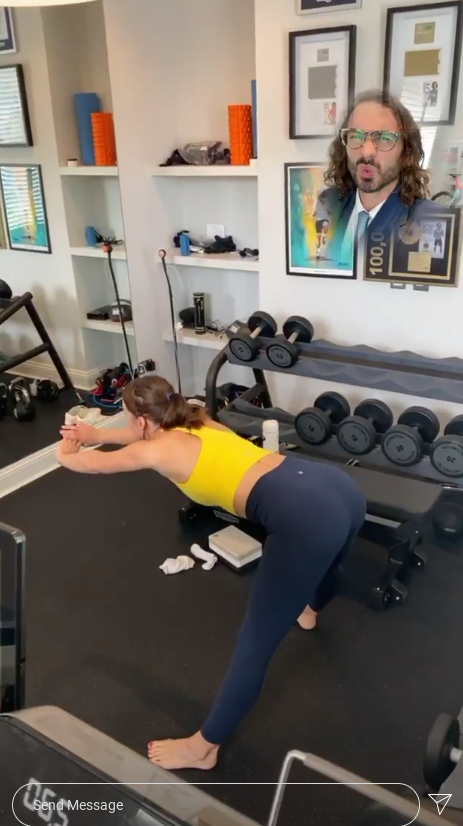 He whipped off his shirt as he hit the treadmill, showing off his hand at the same time.

Rosie, who has been fronting his daily PE workouts to the nation while Joe recovers, could be seen stretching in a yellow sports bra and leggings.

The small workout space had a dumbbell rack, exercise bike and a large mirror to watch form as well as a pull-up bar in the doorway.

Earlier today Rosie fronted her second live YouTube workout with the fitness ace – with fans demanding she appeared on screen.

In the comment section of the Essex PT's trainer's YouTube channel, ahead of the sweaty live kids PE session, one bluntly quizzed: "Where is Rosie?" 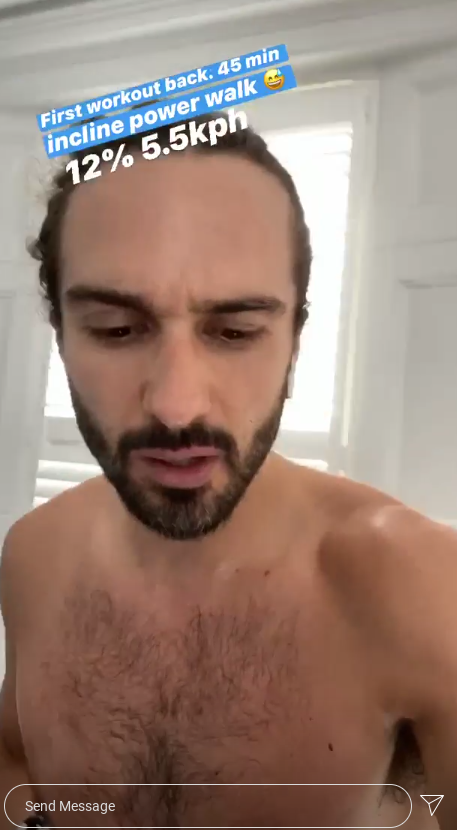 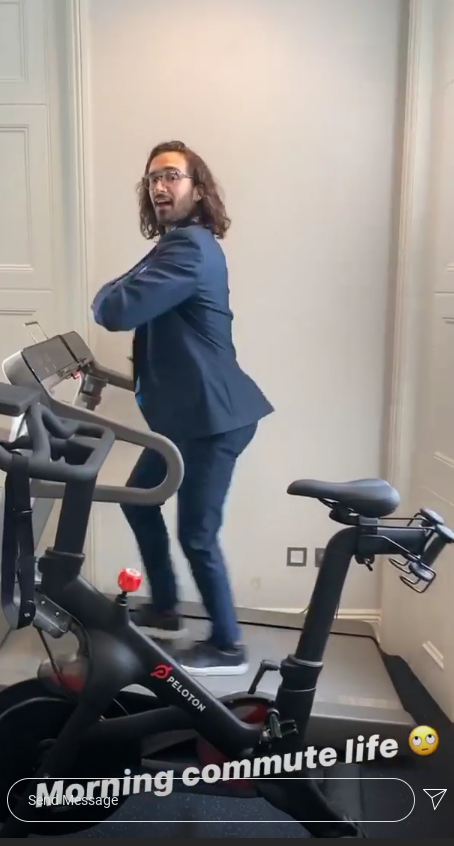 The former glamour model, 28, has been helping her other half after he suffered a hand injury which flared up due to an infection, leaving the 33-year-old needing an operation and unable to do weight bearing exercises such as planks.

As such Rosie, who declared she was "sore" from push-ups yesterday, re-joined the Mr and Mrs Wicks Workout and was tasked with the Wheel Of Fortune of fitness.

This meant whatever exercise the spinning arrow pointed to she would have to complete, which included squats, planks, bear crawls and frog jumps.

One fan took to the live comments section to spur her on and wrote: "Go Rosie" along with a clap Emoji icon. 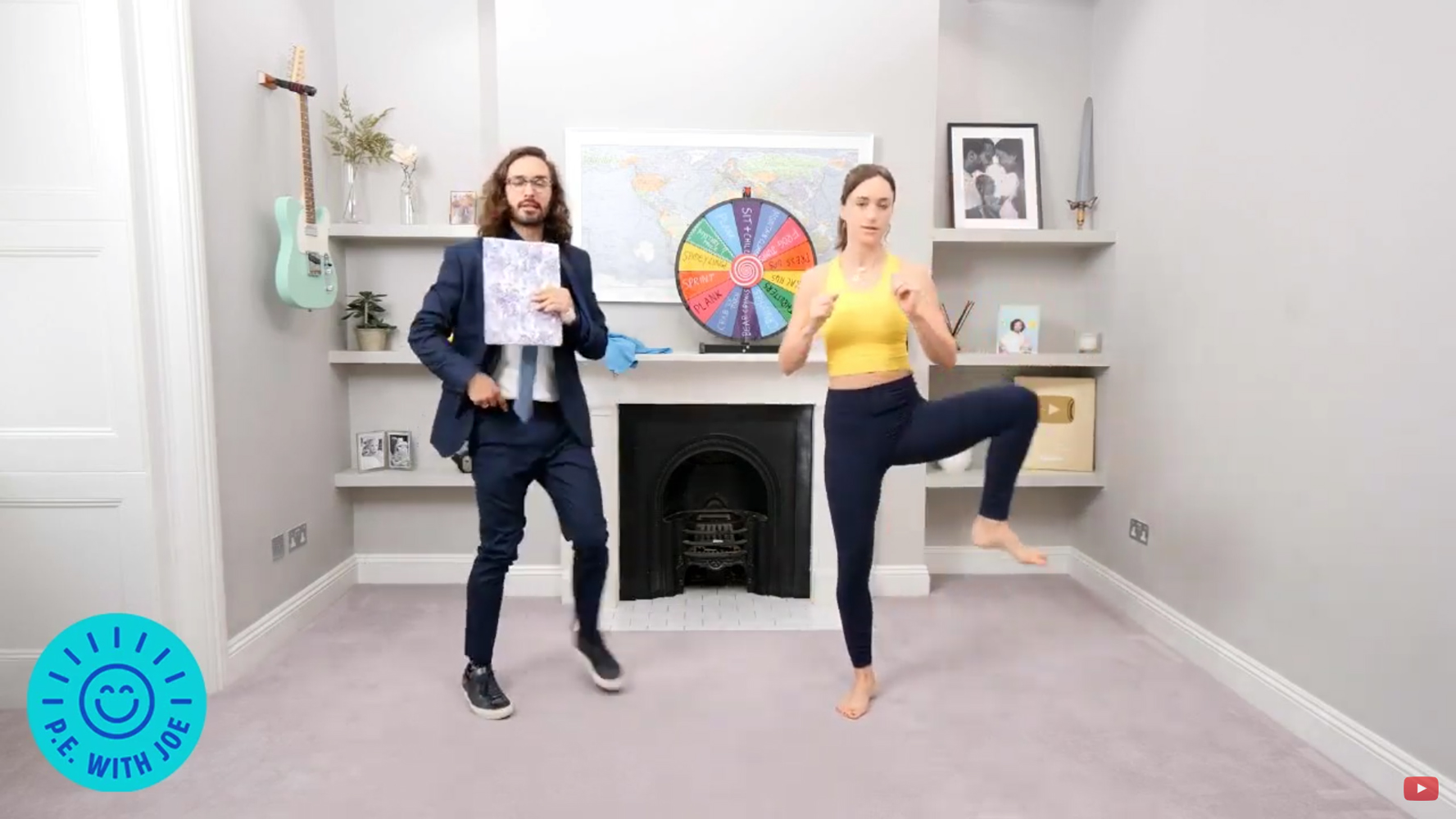 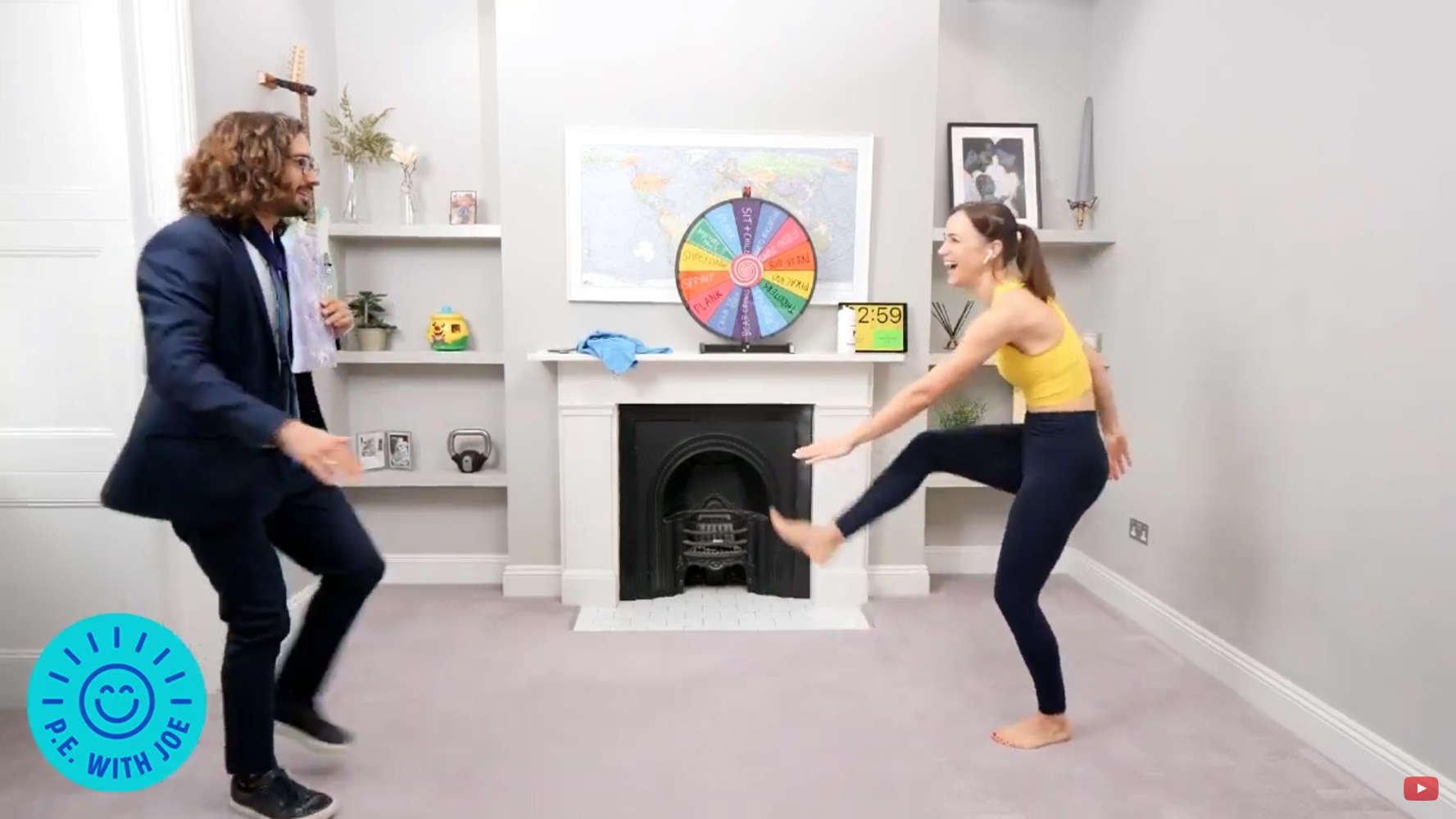 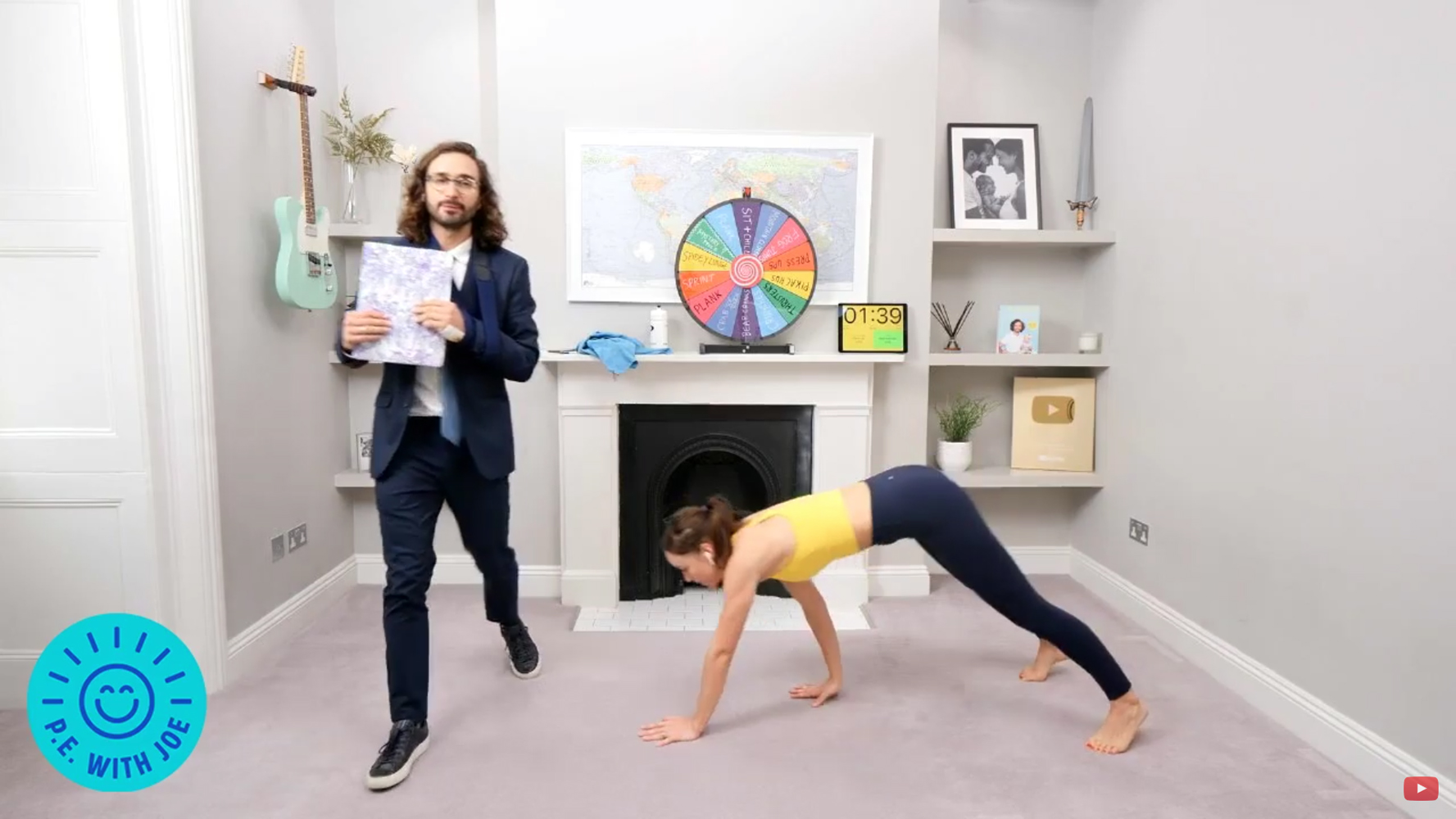 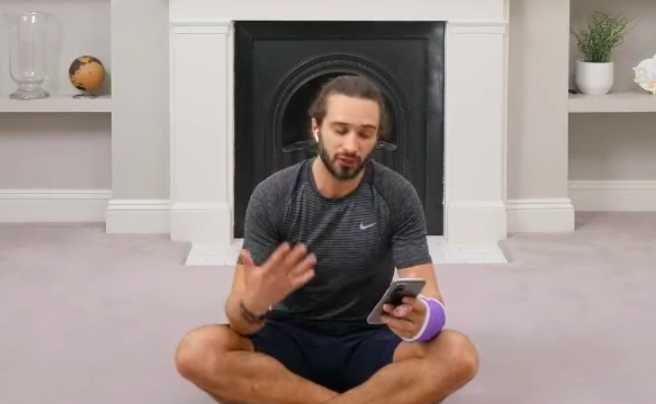 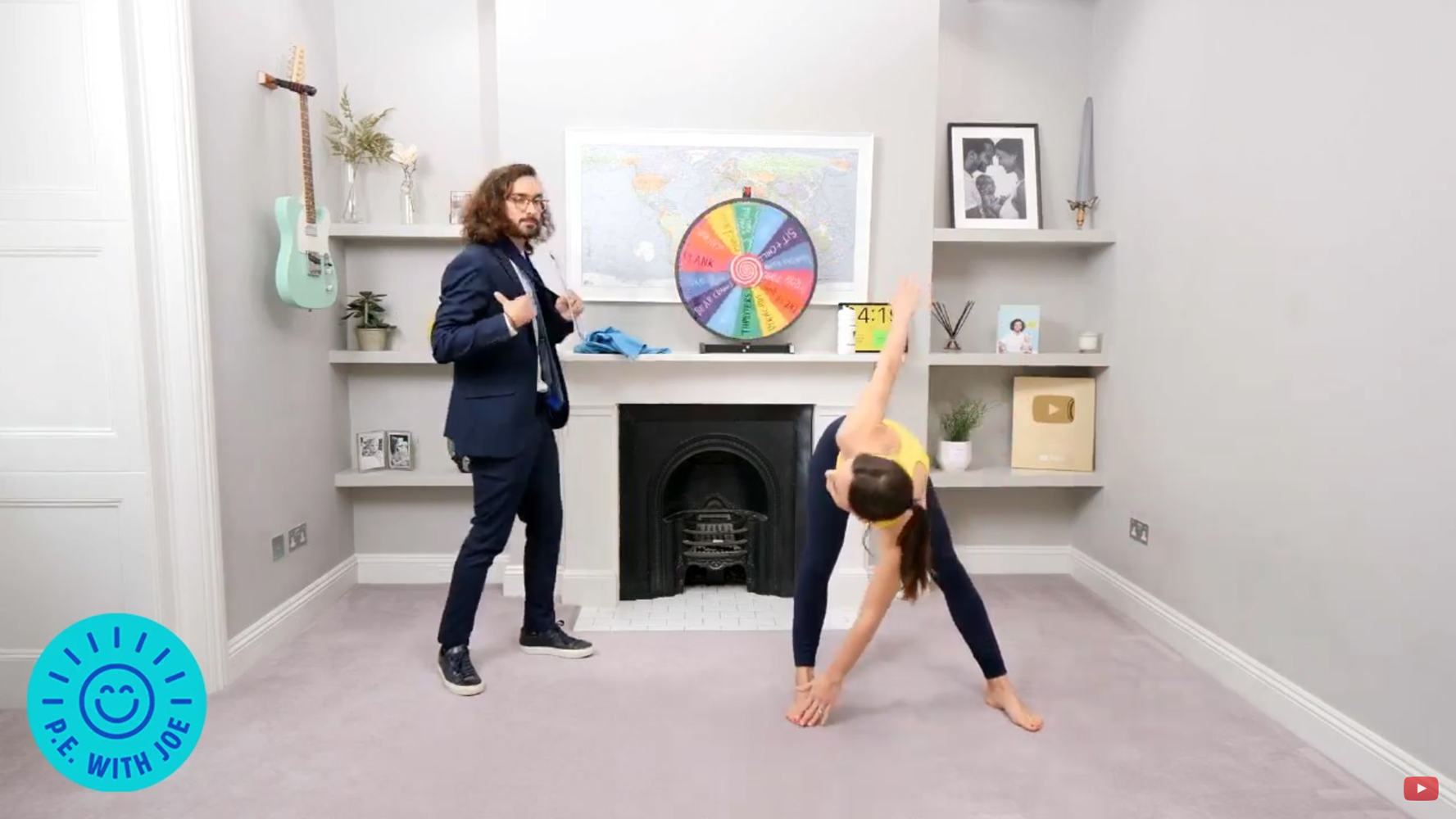 Another gushed: "We love you Rosie!"

One then posted: "Well done Rosie," as she completed a particularly tricky set of abs exercises.

Joe also gushed over his other half, telling fans: "Thanks so much for supporting Rosie."

The pair managed to rack up 1.million viewers on Monday, a figure which was boosted today.

Joe admitted he wanted to be back exercising soon but the "wounds were still open" before mistakenly referring to his spouse as Mrs Jones – her name before they were married.