John Oliver took another swipe at all the changes happening at Warner Bros. Discovery and this time he addressed the shows getting pulled from HBO Max.

The Last Week Tonight host took on the possibility of Sarah Palin taking over congressman Don Young’s position after his death. Oliver teed up his jab at the streaming platform by mentioning a publisher quoted in The New Yorker that stated that “Sarah knows how to work a crowd … but it’s Sarah, Inc.’ …”

Oliver took the name “Sarah, Inc.” and said it sounded like “a title of a sitcom starring Kat Dennings that’s already quietly disappeared from HBO Max.”

The comedian then added, “HBO Max, It’s a series of tax write-offs to appease Wall Street.” 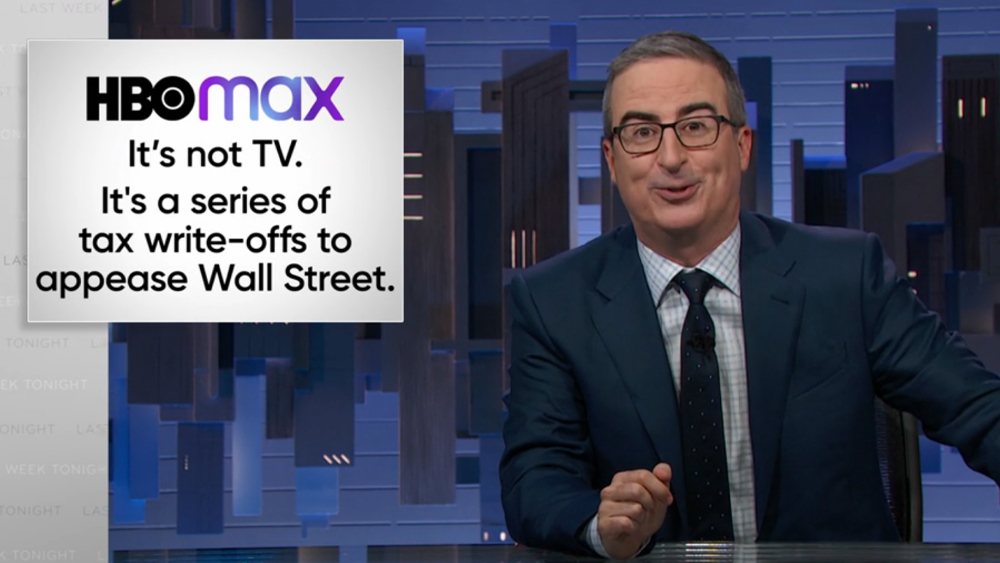 HBO Max has been making a series of changes as they work to combine the catalogs of the aforementioned streaming service with Discovery+. This week, the streamer pulled titles like Ellen’s Next Great Designer, The Not-Too-Late Show With Elmo and My Mom, Your Dad, 12 Dates of Christmas, Close Enough, Genera+ion, and Generation Hustle.

“As we work toward bringing our content catalogs together under one platform, we will be making changes to the content offering available on both HBO Max and discovery+. That will include the removal of some content from both platforms,” the company said in a statement. “At the same time, we’re already starting to bring our content catalogs together like the launch of the new CNN Originals Hub on discovery+ and a curated collection of Magnolia Network content coming soon to HBO Max.”

Earlier in the late-night show, Oliver also took a dig at the HBO Max original And Just Like That, the follow-up series to Sex and the City.

“Sarah f****ing Palin is back and it’s like 2008 all over again,” Oliver quipped. “She’s running for office, the U.S. entered the bear market, and Sex and the City is making spinoffs that it quite frankly does not have the material to back up.”

And Just Like That was renewed for a second season by HBO Max and it was recently confirmed that John Corbett would reprise his role of Aidan.

‘Dragon Ball Super: Super Hero’ Rolls To $20M+ Bow, How Crunchyroll Does It