IT has already been hit by a string of delays due to Covid-19 – and now Jurassic World: Dominion has been hit by positive tests for the virus.

I can reveal there were several that came back within the A-list cast, which includes Chris Pratt, Sam Neill, Laura Dern and Jeff Goldblum. 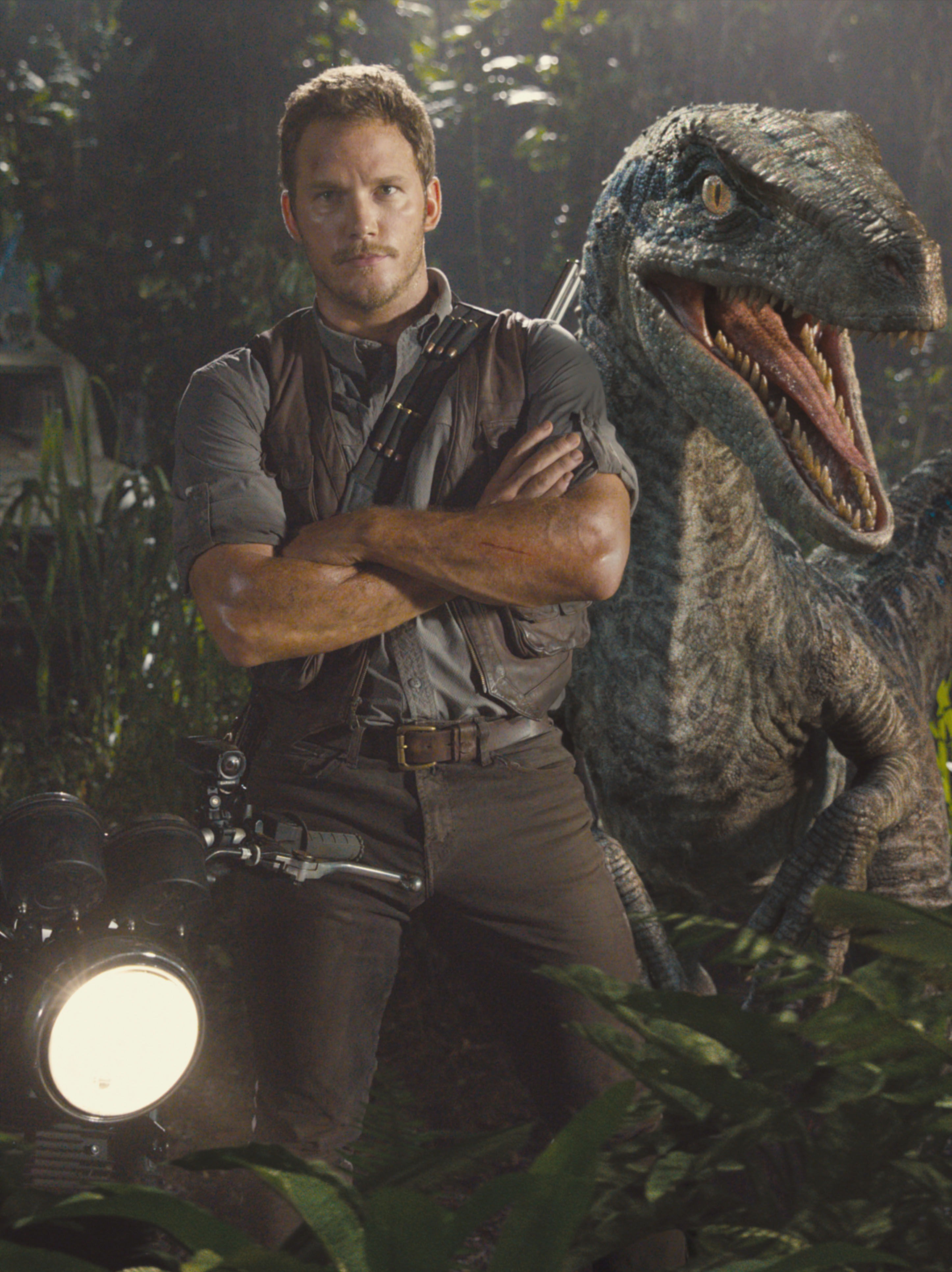 It has prompted another major shutdown on the dinosaur action movie.

Cast on the £5billion franchise are now holed up at a hotel in Buckinghamshire near Pinewood Studios where they have been shooting.

It’s understood the scenes, filmed at a nearby airfield, are supposed to show a final reunion for the closing sequences.

A source said: “Obviously the first concern is for everybody’s health, but making this movie is becoming a total nightmare. 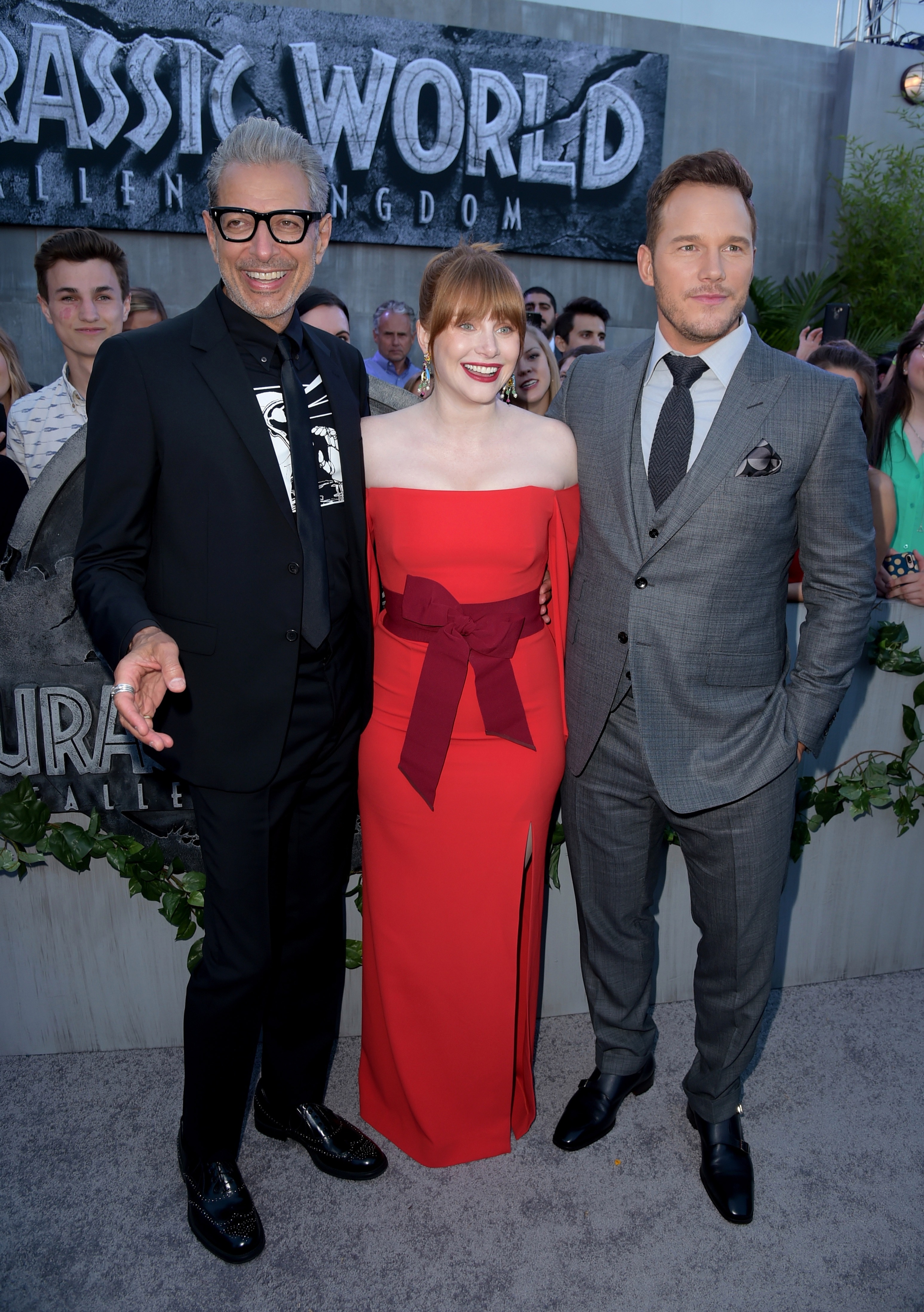 “The studio bosses have pumped millions into keeping it safely on track — including hiring an entire five-star hotel for months to create a Jurassic World bubble.

"But there have been delays after delays, and now the fear is it could have affected most of the central cast too, so who knows how long the hold-ups will be.

“There is too much cash riding on the film for this to be a failure, so they will pull out every single stop to keep things on track.”

Today bosses at Universal Studios confirmed the release will be delayed by an entire year, from summer 2021 to June 2022. 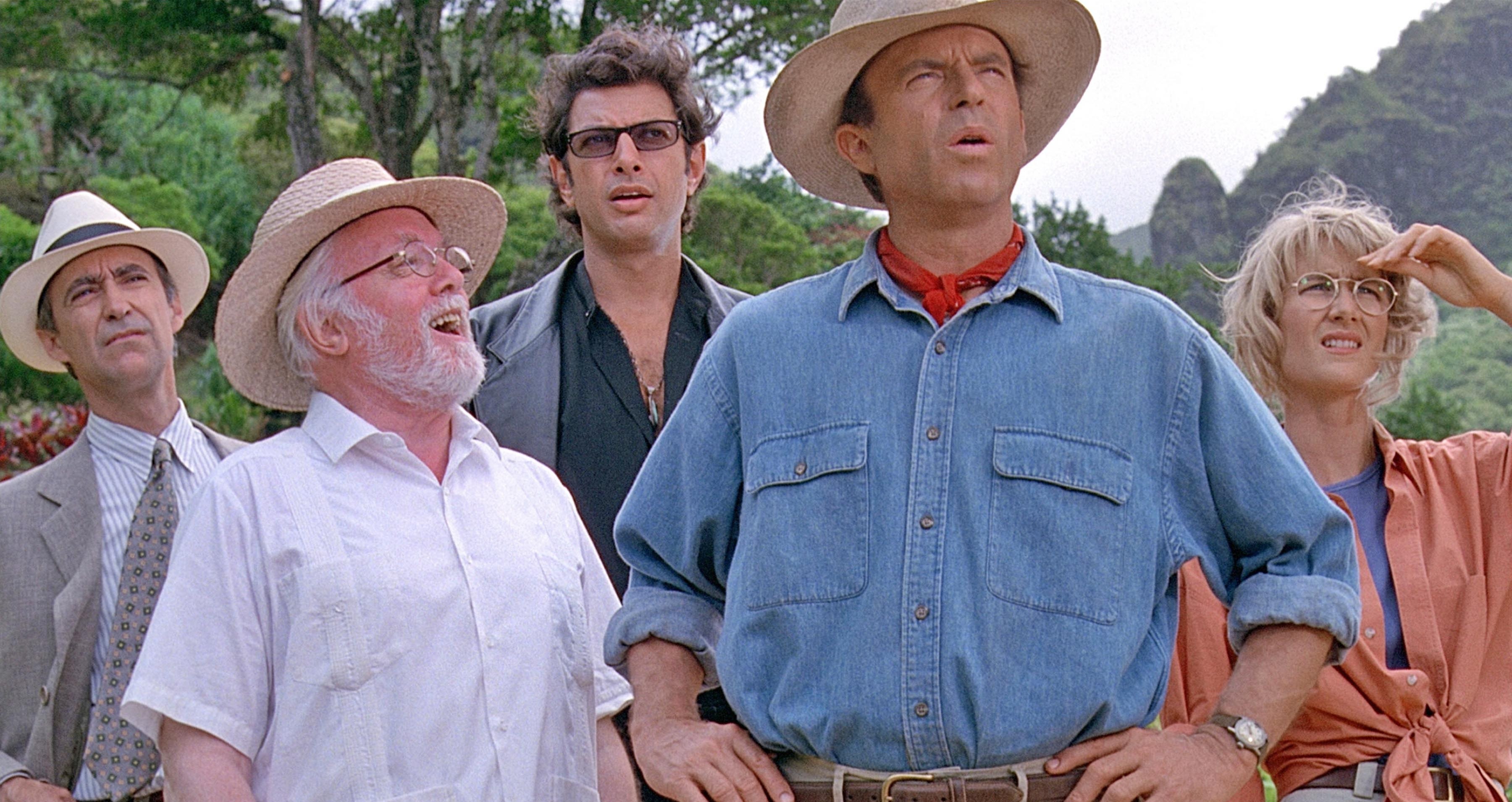 Director Colin Trevorrow said today: “For the past three months, I’ve worked with an extraordinary cast and crew on a film we can’t wait to share with the world.

“Even though we’ll have to wait a bit longer, it will all be worth it. Let’s stay healthy and take care of each other until then.”

It was the latest blockbuster beset by hold-ups this week, after The Batman, The Matrix 4 and The Flash were all shifted.

Dune and the next James Bond flick No Time To Die have already been postponed in a growing nightmare for the cinema business. 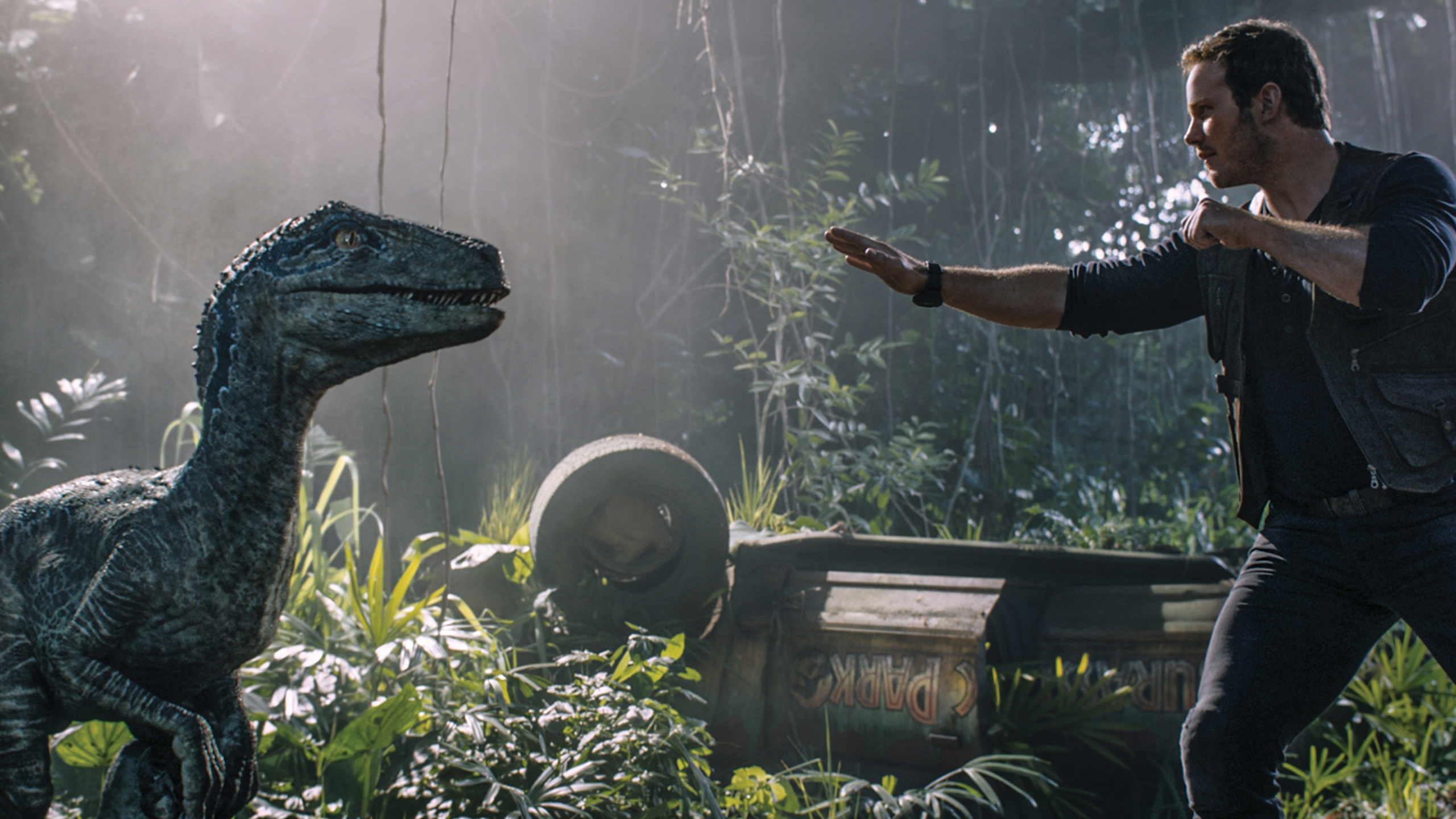 Tonight Colin added in a statement: “Woke up to the news we had a few positive Coronavirus tests on Jurassic World: Dominion.

“All tested negative shortly after, but due to our safety protocols, we’re going to pause for two weeks. Back soon.”

Here’s hoping the industry is allowed to flourish again as quickly as possible.

You don’t know what you’ve got ’til it’s gone.

IF you thought your love life had been a bit dry in lockdown, spare a thought for Maura Higgins.

The Irish beauty has been celibate for seven months after splitting from her dopey Love Island co-star Curtis Pritchard. 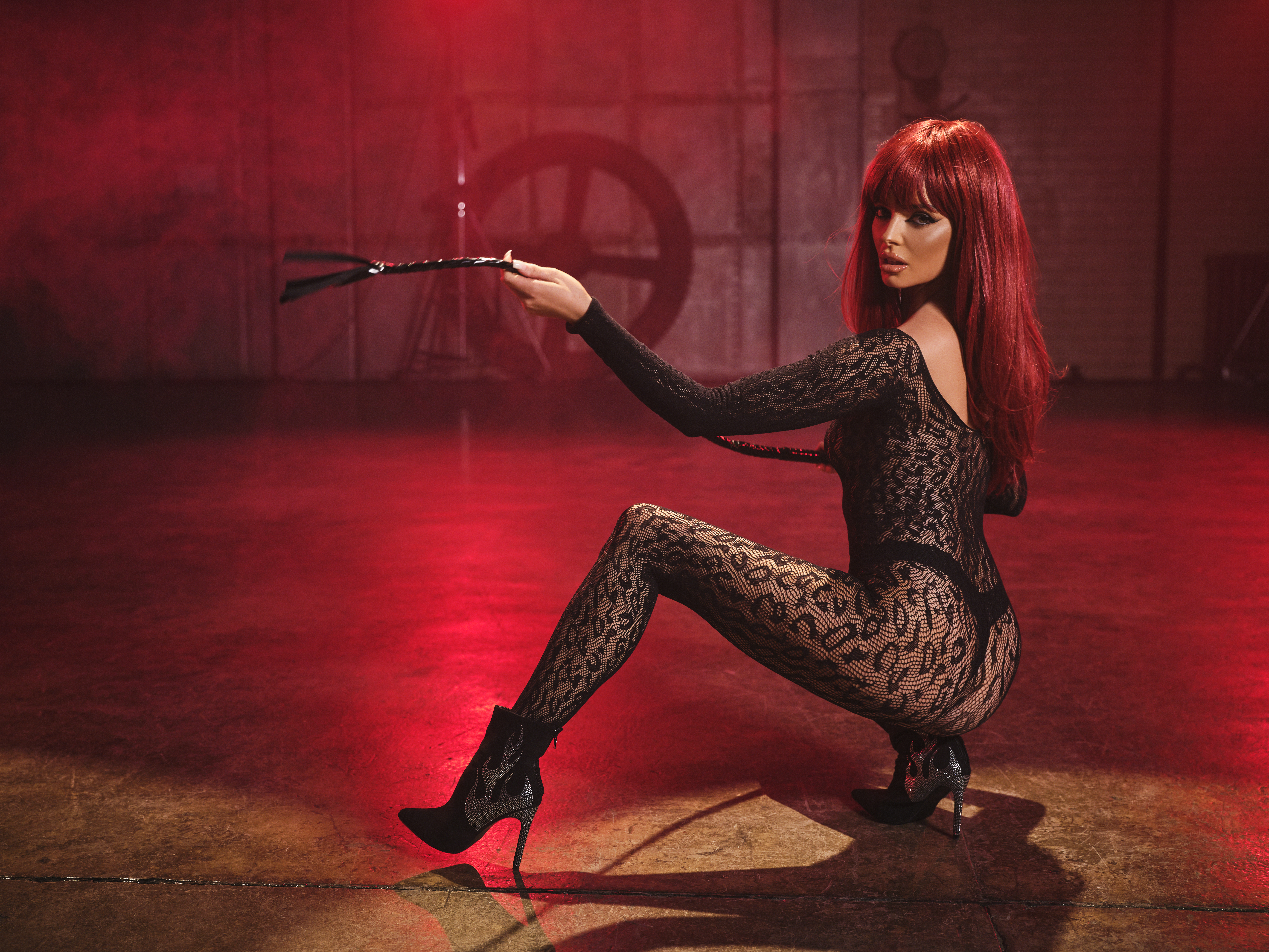 They broke up just three weeks before the country shut down in March and while Maura said she is keen to find love again, conceded it isn’t coming easy.

She said: “Dating in lockdown is impossible. To be honest though, I’ve never really been one for dating, I’m not used to it at all.

“My first ever date was my ex-boyfriend, the guy I was with before Love Island. Then on the show, although you’re dating in a whole different world.

“Lockdown definitely ruined everything but I don’t think I would have jumped straight back into dating. 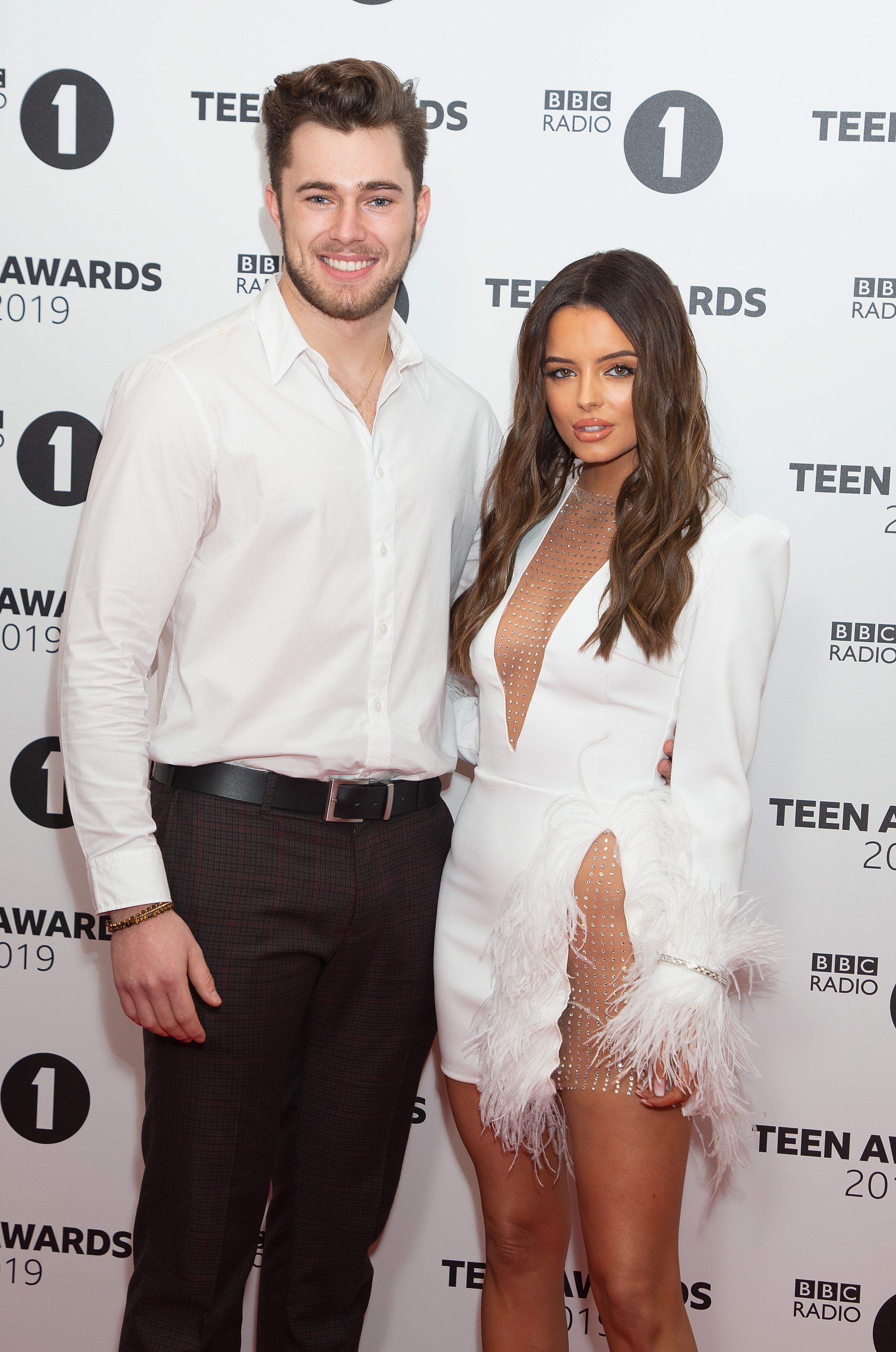 "I like to take time for myself after a break-up. And that’s definitely what I’ve done in this situation.

“You do have to love yourself before you can love anyone else. Having time for yourself is so important. But I definitely feel ready to meet someone now.

“I’ve been single for seven months – and I’ve spent a lot of time taking care of myself so now I do feel ready to settle down.” 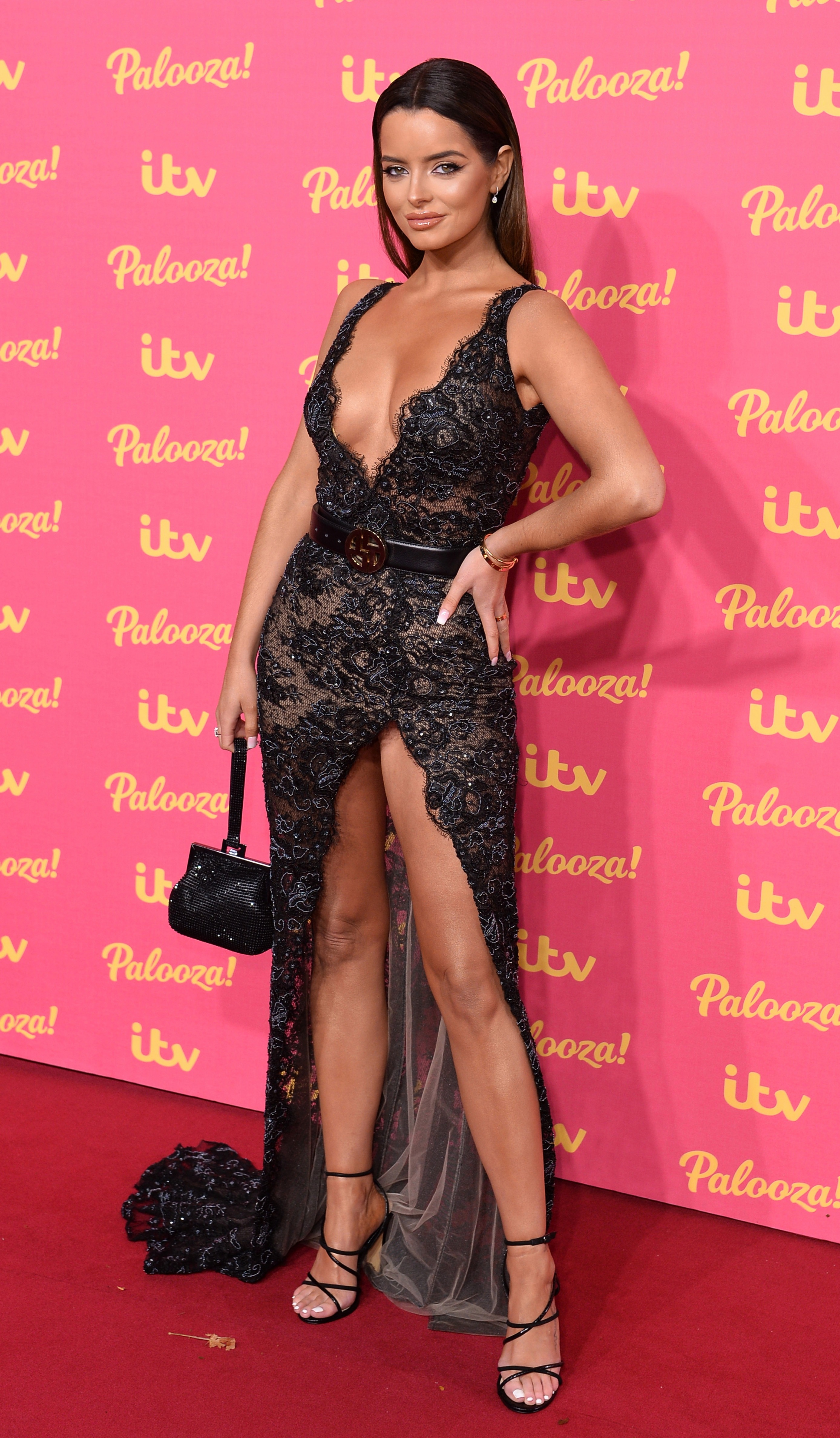 The pair have repeatedly been linked but Maura insisted they are nothing more than good friends.

She added: “Every single man I am seen with people say I am dating, but now I brush it under the rug.

“If I was dating someone I wouldn’t be afraid to say it, I wouldn’t date them in secret. I would be upfront and honest. I have no reason to keep any relationships a secret.”

Maura, who came sixth on this year’s Dancing On Ice, also has some advice for stars taking part in the upcoming series, including Denise Van Outen and Myleene Klass.

She explained: “If I could turn back time I wouldn’t overthink the live shows so much. 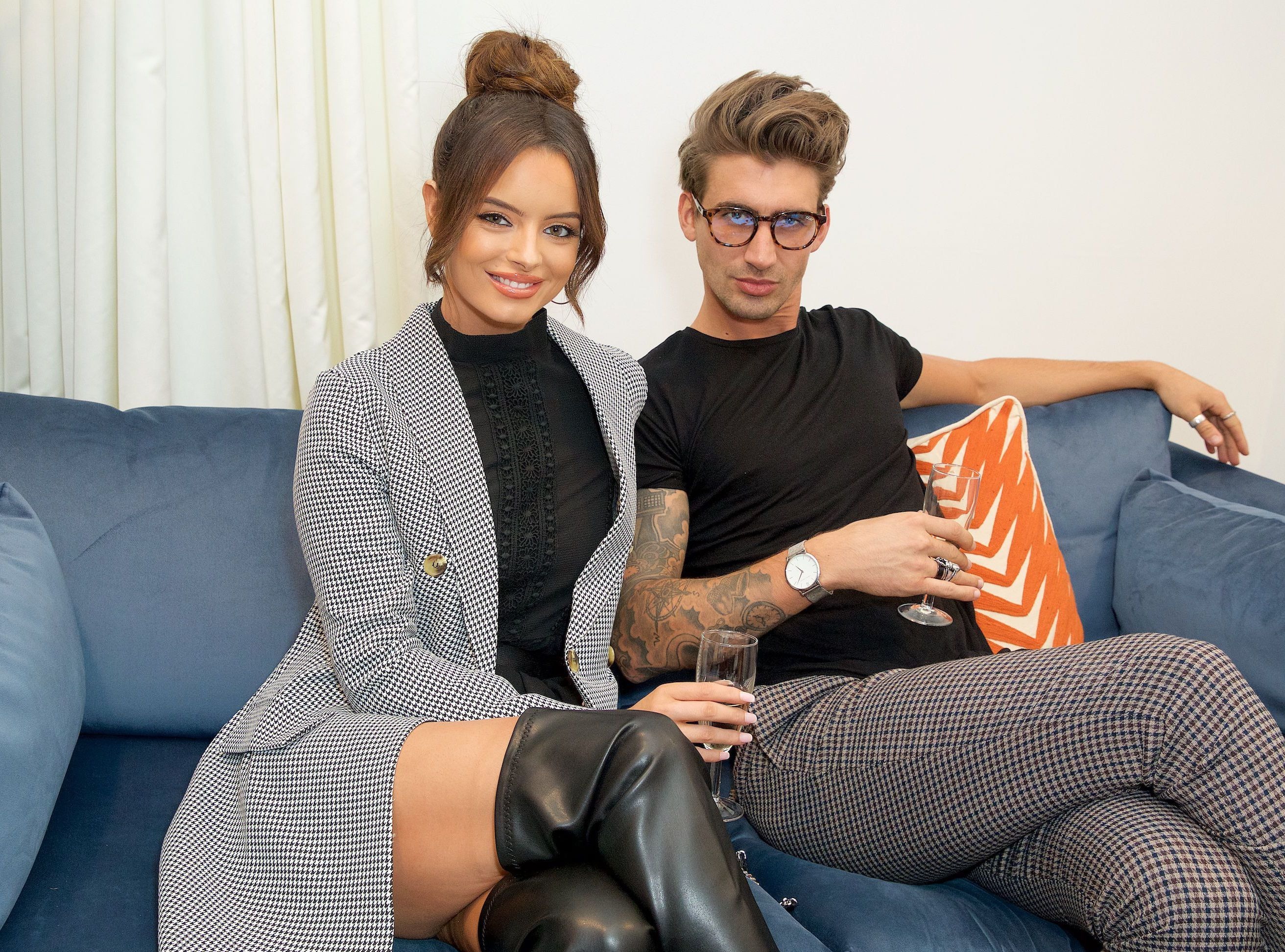 “I tried so hard that it nearly kind of ruined it.

“If I had relaxed more I think I would have got to the final. But I took it so seriously because I wanted it to go well.

“Knowing you could break your leg was ­terrifying.”

HALLOWEEN is still three weeks away but Cardi B has already been raiding her fancy dress box.

The WAP rapper appeared as a scantily clad angel in a clip for her TikTok channel. 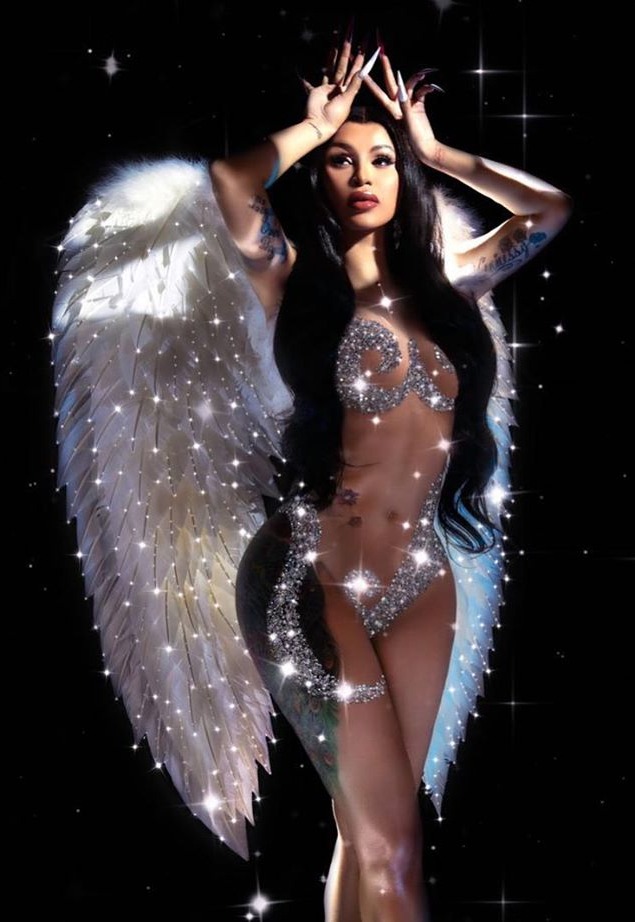 She’ll definitely catch a chill if she goes trick or treating like that.

GEORGE Clooney says it’s a “horrible, egotistical” experience to direct and act in a film as he has to boss around his co-stars.

The actor, who did just that for new film Good Morning, Midnight, said: “It’s a wall you really hate to break.”

By Jovi, Holden is No5

PLENTY of odd things have happened so far this year – but Amanda Holden battling Bon Jovi in the charts is certainly something I wasn’t expecting.

With just a day of sales left before the charts are revealed, last night her debut album Songs From My Heart was only 59 copies behind Bon Jovi’s 2020 on the Official Charts. 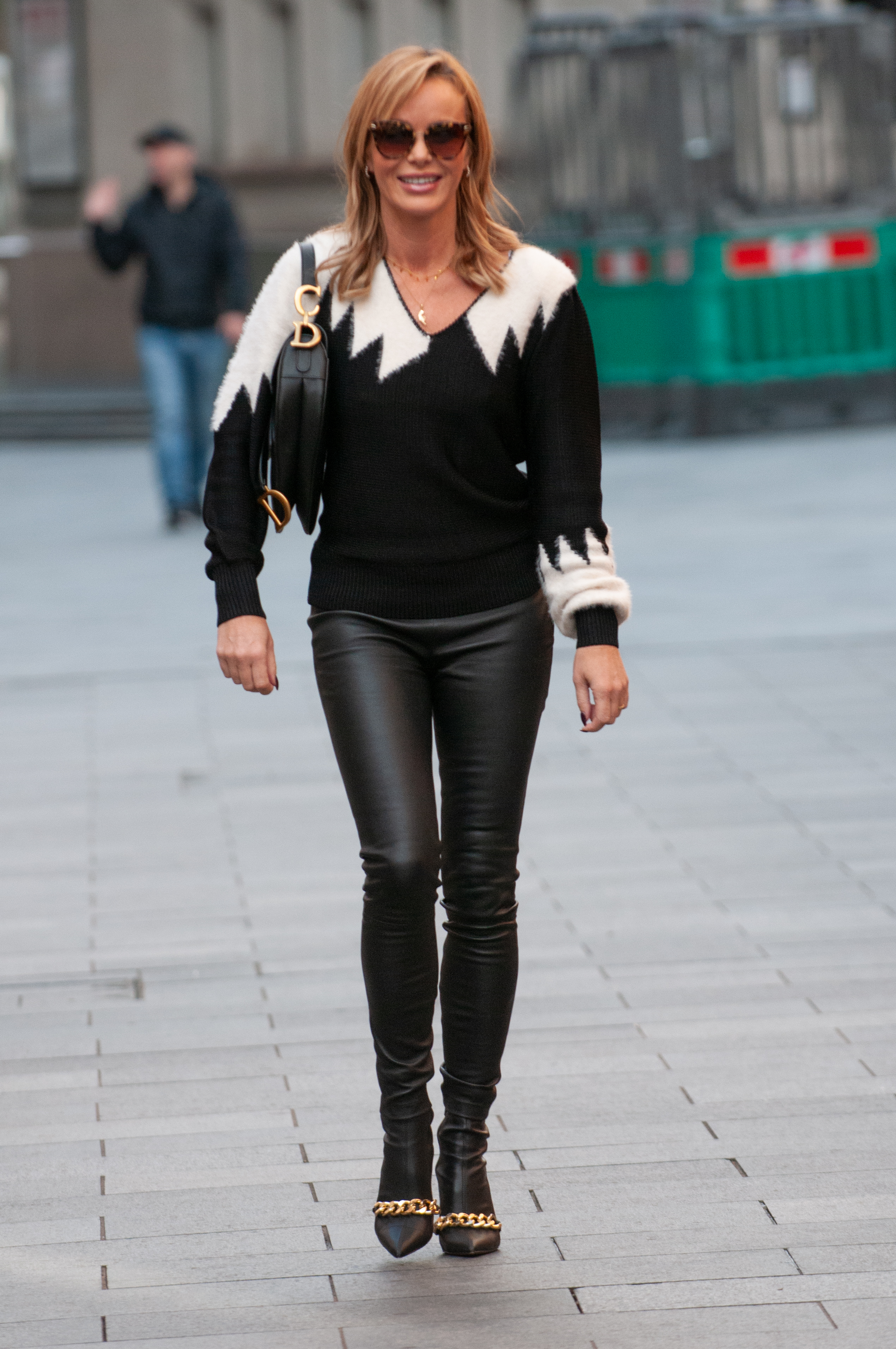 While Queen and Adam Lambert are still set to go to No1, she is currently at No5, ahead of records from Melanie C, Corey Taylor and Roisin Murphy.

Amanda had been due to release the album in the spring but delayed it due to lockdown.

Now that it’s finally out, she has proved there’s plenty of demand for more music.

With a photo of a scan, she wrote on Instagram: “Daryl and I are so beyond happy and excited to meet this little cutie early next year!”

Posh: I was pose Spice

SHE had once admitted her vocals with the Spice Girls were so bad that producers would turn down the mic.

But now Victoria Beckham has owned up to the fact her singing is about as good as mine – and I’m proud of her for it. 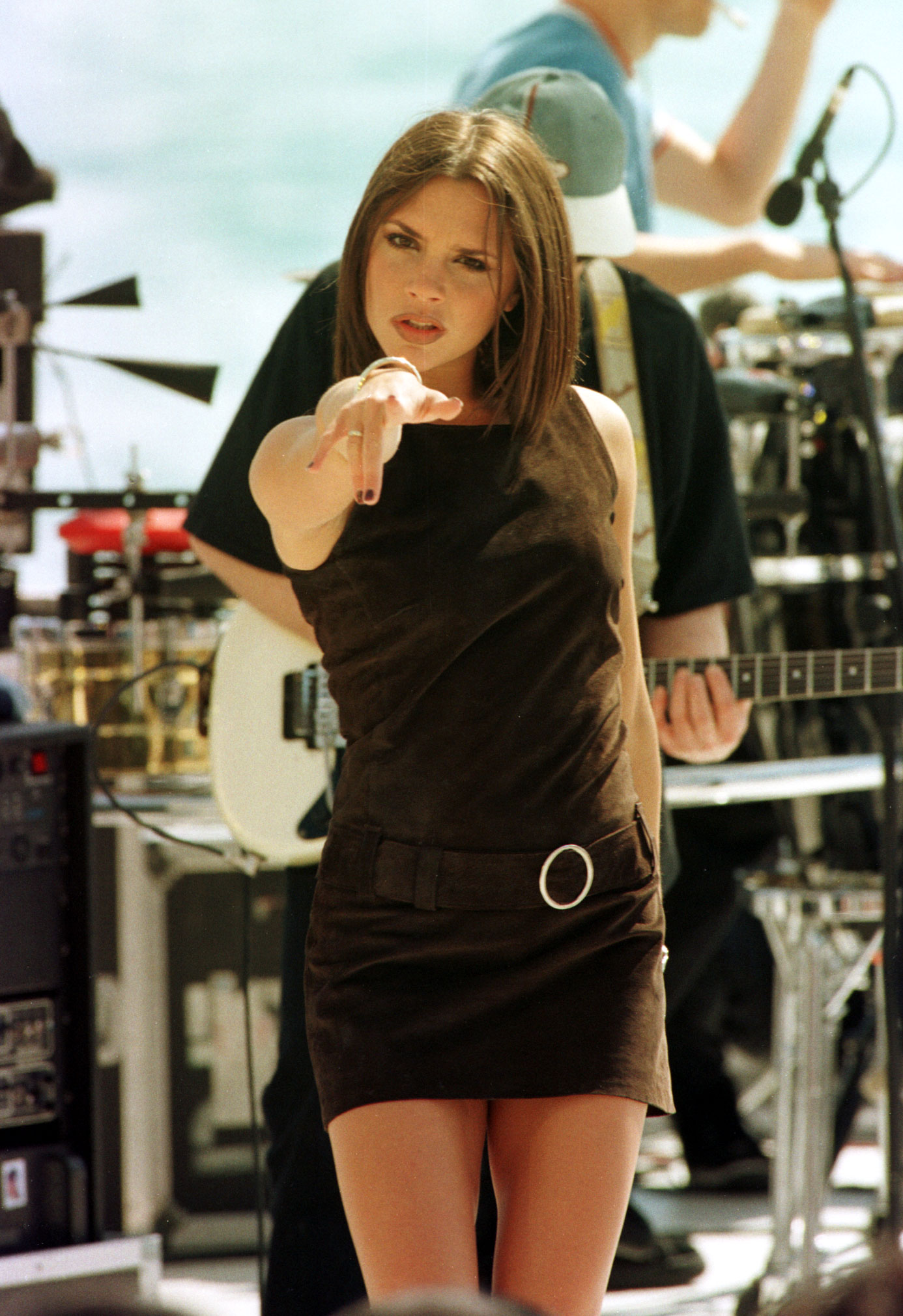 As she unveiled the eight shades of her new Posh lipstick collection, Victoria revealed they were all inspired by her time in the girlband, including one colour called Pose.

Writing about it, she said: “Posing – I consider it my greatest contribution to the Spice Girls. You’re welcome.”

Vic also mocked her old outfits and when writing about a new lipstick shade, called Fringe, she told fans: “I’ve made some rather bold fashion and beauty choices over the years. Some might call them risks but I’m not mad at them.”

But how could she be when they were that funny? Only joking. I love you really, Posh.

Nic goes all out

GIRLS ALOUD singer Nicola Roberts glammed up to mark her 35th birthday on Tuesday with pals at Chiltern Firehouse in London.

She wrote on Instagram: “Till next year, when hopefully we’re out of the woods.” 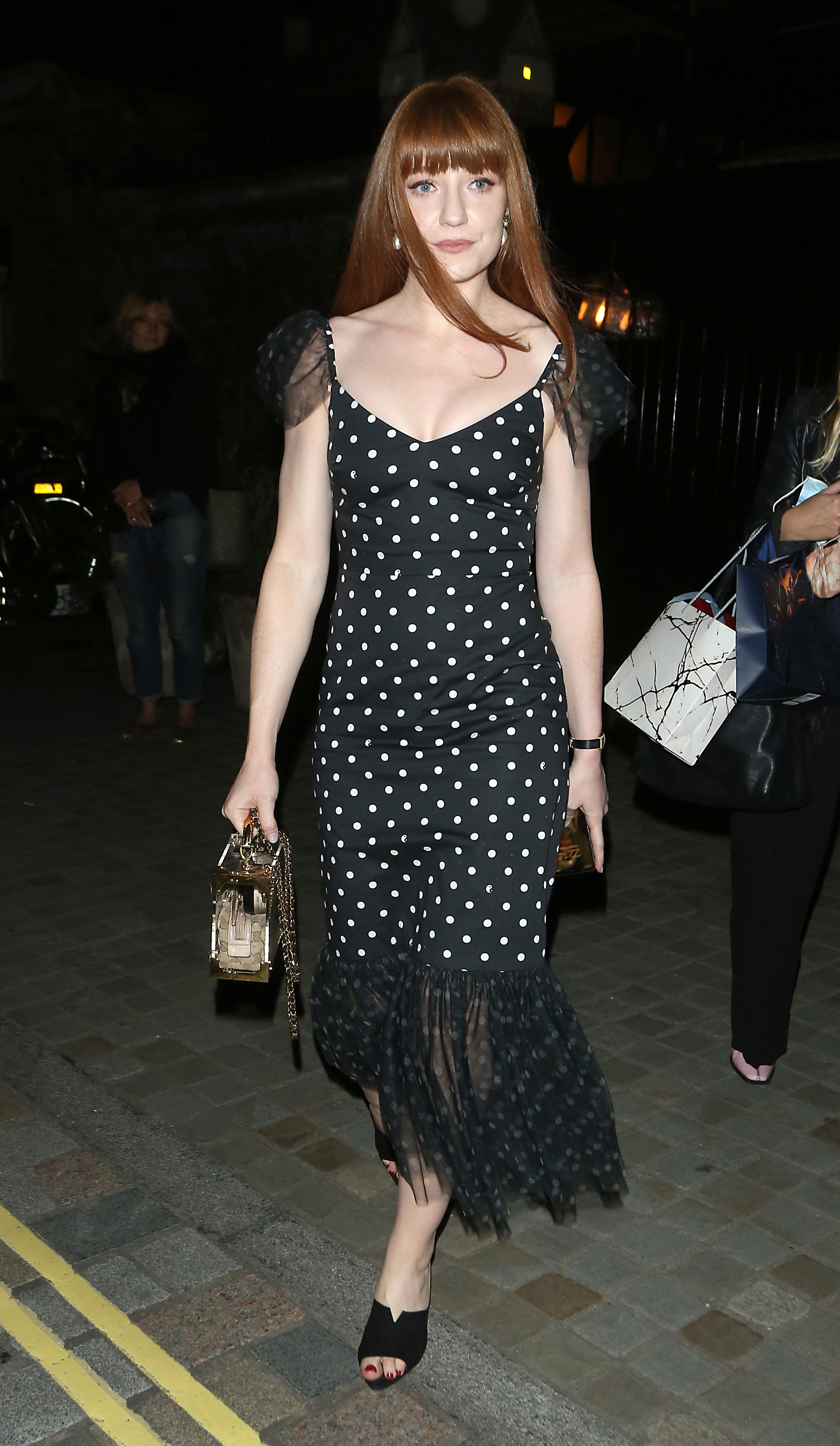