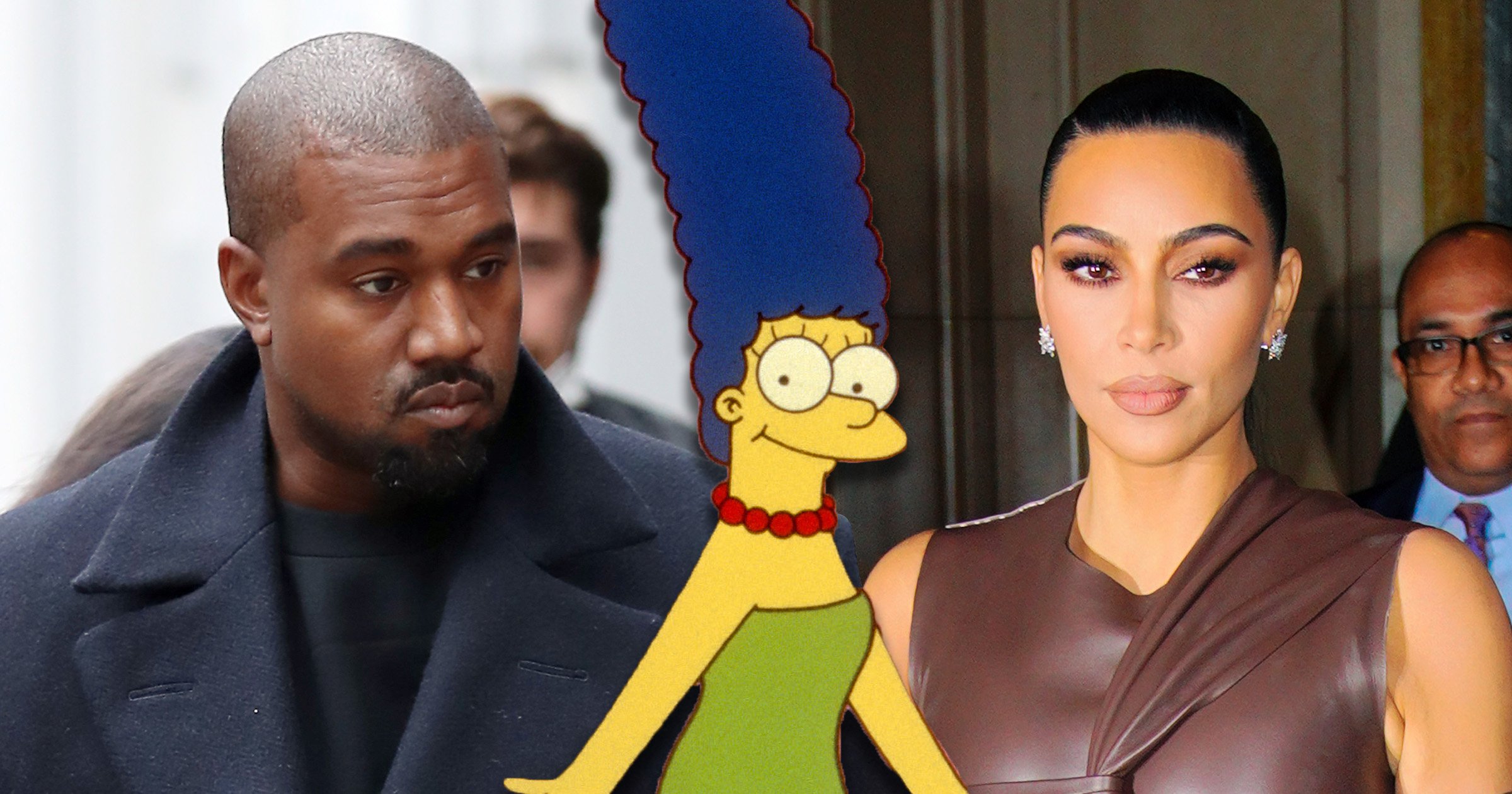 Kanye West compared Kim Kardashian to Marge Simpson in a savage takedown of her outfit.

The Kardashians star, 41, filed for divorce from the Praise God rapper, 44, last February after nearly seven years of marriage and four children together.

Following their split, the dad-of-four has been very vocal about his thoughts on her new romance with Pete Davidson, slating him in now-deleted Instagram posts.

In the latest episode of the Kardashians, which appears to have been filmed in the early days of Kete-mania, the Skims businesswoman spoke of where their relationship stood at the time – and how she had been struggling in the fashion-stakes without him.

‘I got to a point where I would ask him for advice for everything down to what I wear,’ she told sister Kourtney Kardashian. ‘Even now I’m having panic attacks like, “What do I wear?”

‘In New York, he styled me all for SNL. Then for the Wall Street Journal magazine I won the innovator award for Skims and I was like, “How do I wear something that hasn’t been pre-vetted first?”

‘And then he called me afterwards. He told me my career is over and then he showed me a picture of Marge Simpson wearing something similar.’

We’re not entirely sure which of Marge’s outfits Ye had a particular problem with, but we definitely consider her the most stylish Simpson…

Kim also revealed that her former partner was still upset over the way she referred to him in her monologue for Saturday Night Live, in which she quipped that she divorced him because of his personality.

‘I showed him the monologue but he says he never read it, he just didn’t read the text,’ she continued.

‘Kanye had a hard time with what I said. He’s like, “I haven’t signed the divorce papers”.’

When asked what the Grammy-winner is waiting for, she explained that she wasn’t sure, and that she asked him to follow through ‘all the time’.

‘I’m very sure now. I knew it had to be done when I filed because I knew it just wasn’t the right situation for me. And now I feel super good.’

Addressing their bond in a VT interview, Kim said that there is a double standard in the reaction to the different ways they publicly speak of their split.

‘I’m always super protective of Kanye and not sharing a lot of the negative things that have happened,’ she added. ‘Just because he’s not here doing the show.

‘Also, if I do something on a reality show, then it’s like, “how dare she talk about it?!” Then he can do a song but that’s so “creative and expressive”.

The Kardashians is available to stream on Hulu and Disney+.