Kate Garraway, 53, announced a couple of weeks ago her husband Derek, 53, had been given the all-clear to return home after spending a year in hospital after contracting coronavirus last March. It was hoped if the former political lobbyist was surrounded by his family, his communication skills would improve immensely. Speaking on Thursday’s edition of Good Morning Britain, the mother-of-two explained to ITV’s Susanna Reid, 50, and Adil Ray, 46, things are looking “positive” but her spouse isn’t out of the woods yet.

The journalist said: “It’s a whirligig. It’s been wonderful having Derek at home and lots of little positives, I think.

“And whether those are positives because it is genuinely helping his cognition being at home or whether I’m there to see the little things whereas I couldn’t go in before and we were on FaceTime and stuff, I don’t know.

“But it feels positive. So little moments of reaction and he actually said something the other day,” she continued, before giving the breakthrough update on Derek’s recovery.

“I walked in the other day to say I was off to work and he said, ‘New dress?’ which was just amazing. And it was [a new dress].

“I thought that was amazing on so many levels because he recognised it. Second, he remembered and realised I need a lot of flattery.” 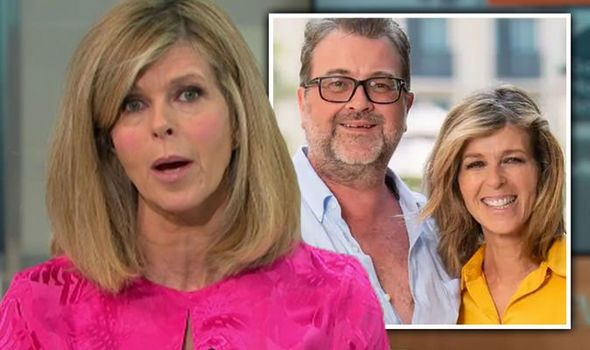 “So there was some emotional connection there and some basis about what our relationship has always been based on and it was just a little moment,” Kate added.

“Then there was nothing and we’re back to the bits in-between. It’s also a very busy home now with lots of experts and teams of people coming in and out.”

Concluding her update on Derek, the journalist told her co-stars she “doesn’t want to tempt fate” but was remaining positive for her spouse.