KATIE Price has revealed her surgery scars while on a beach holiday in Turkey.

The 41-year-old struggled to do a hair flick as she splashed around in the sea on a photoshoot. 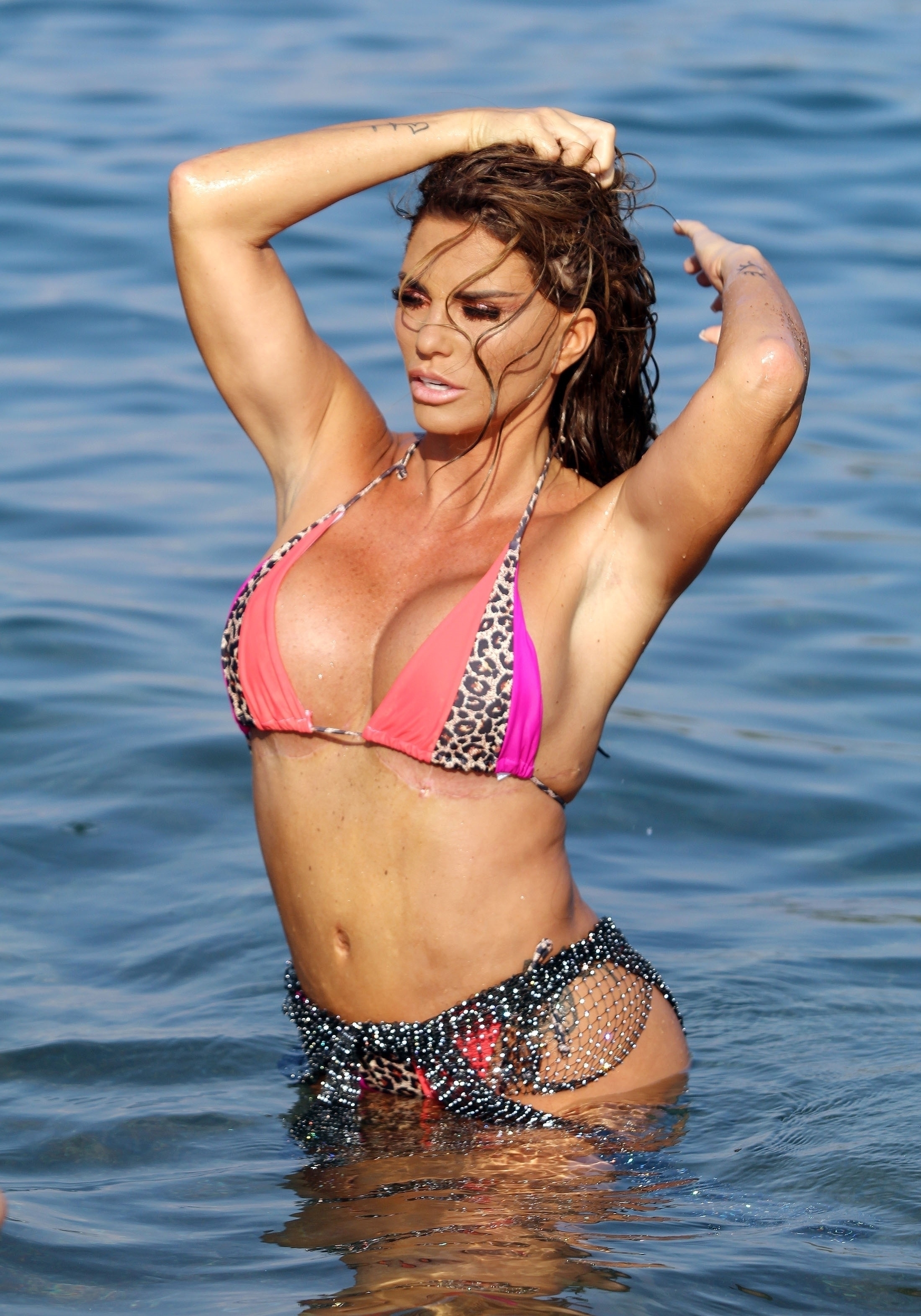 Lifting her arms in the air, her leopard-print bikini slipped up to reveal marks under her breasts for past operations.

She recently underwent her 12th boob job ranging from a 32D to 32GG.

Her latest operation was to make her breasts smaller.

Talking about surgery, she said: "If I'm honest with you, if there's no pain, there's no gain. The price of beauty is sometimes you have to go through pain." 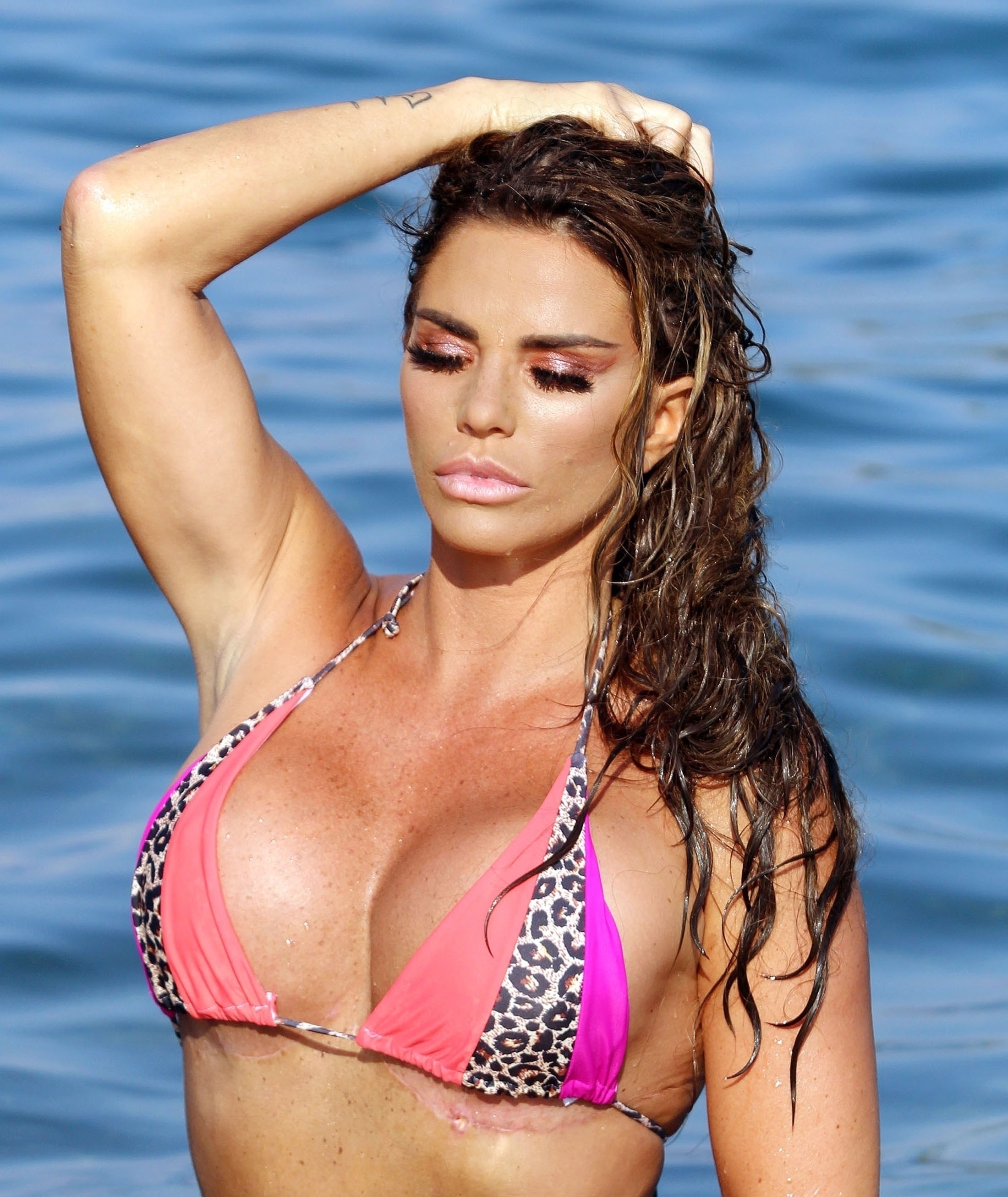 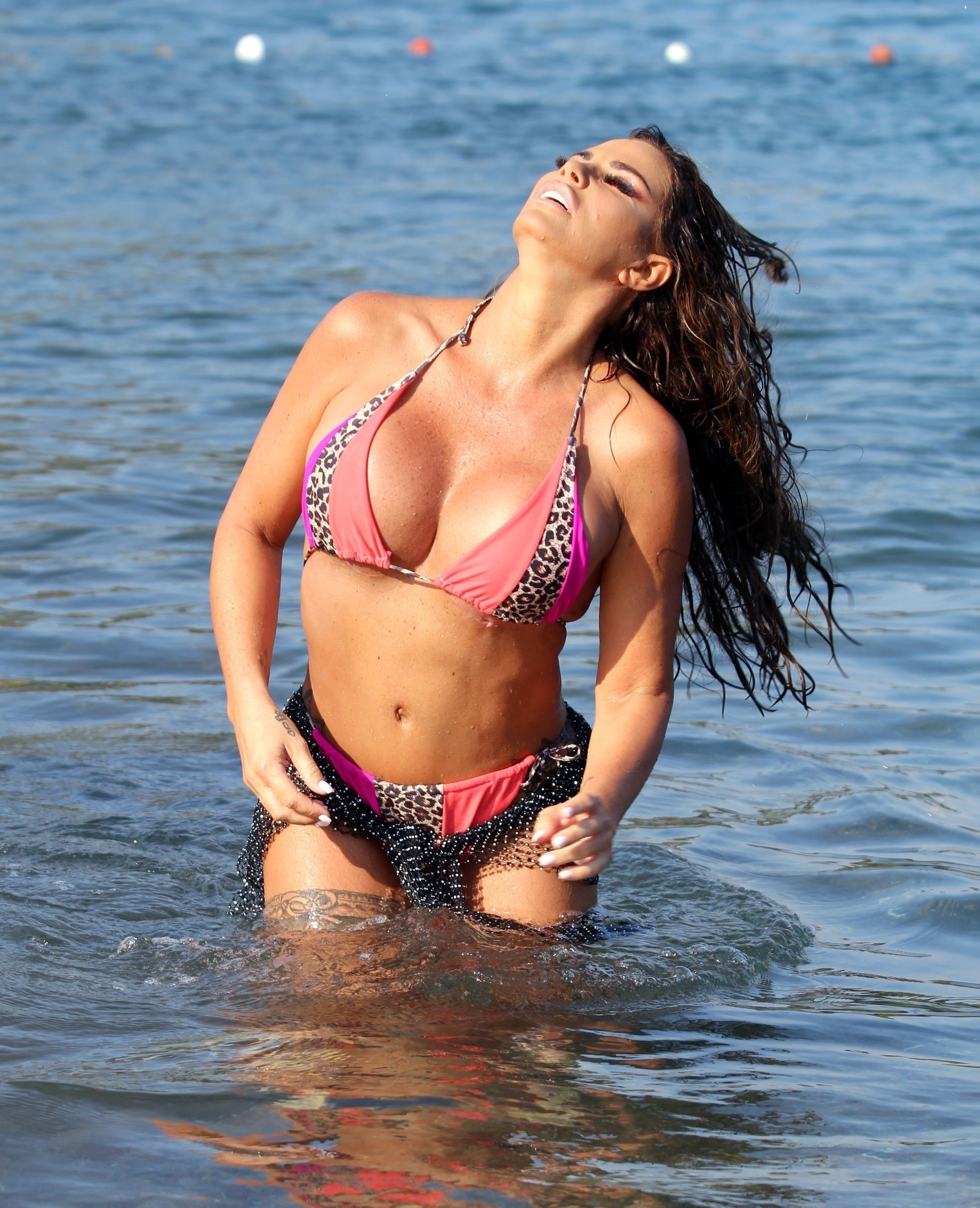 She added: "Was it painful? The first surgery I had was uncomfortable.

"These boobs have been to America, England, Belgium and now these are Turkey boobs. I've just had them reduced.

"My old implants – I have them in a bag – they were a thousand CC and, Jesus, when I hold them they were really heavy.

"I think I've got 795 in so that is a lot smaller and they feel smaller. I'm so excited because finally I'm gonna be able to wear clothes I don't look fat in.

"Although it's good to have big boobs, it really changes the way you look." 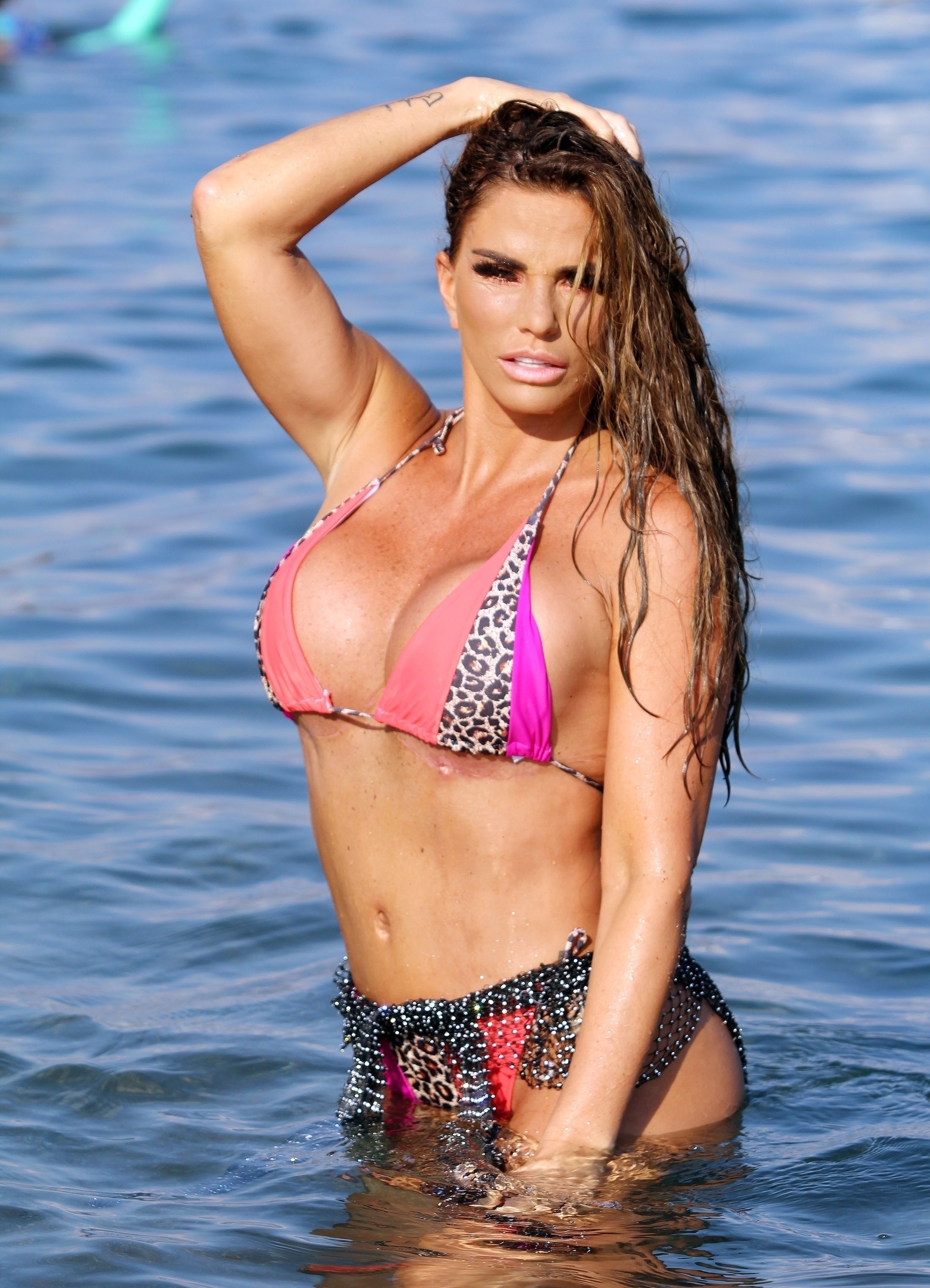 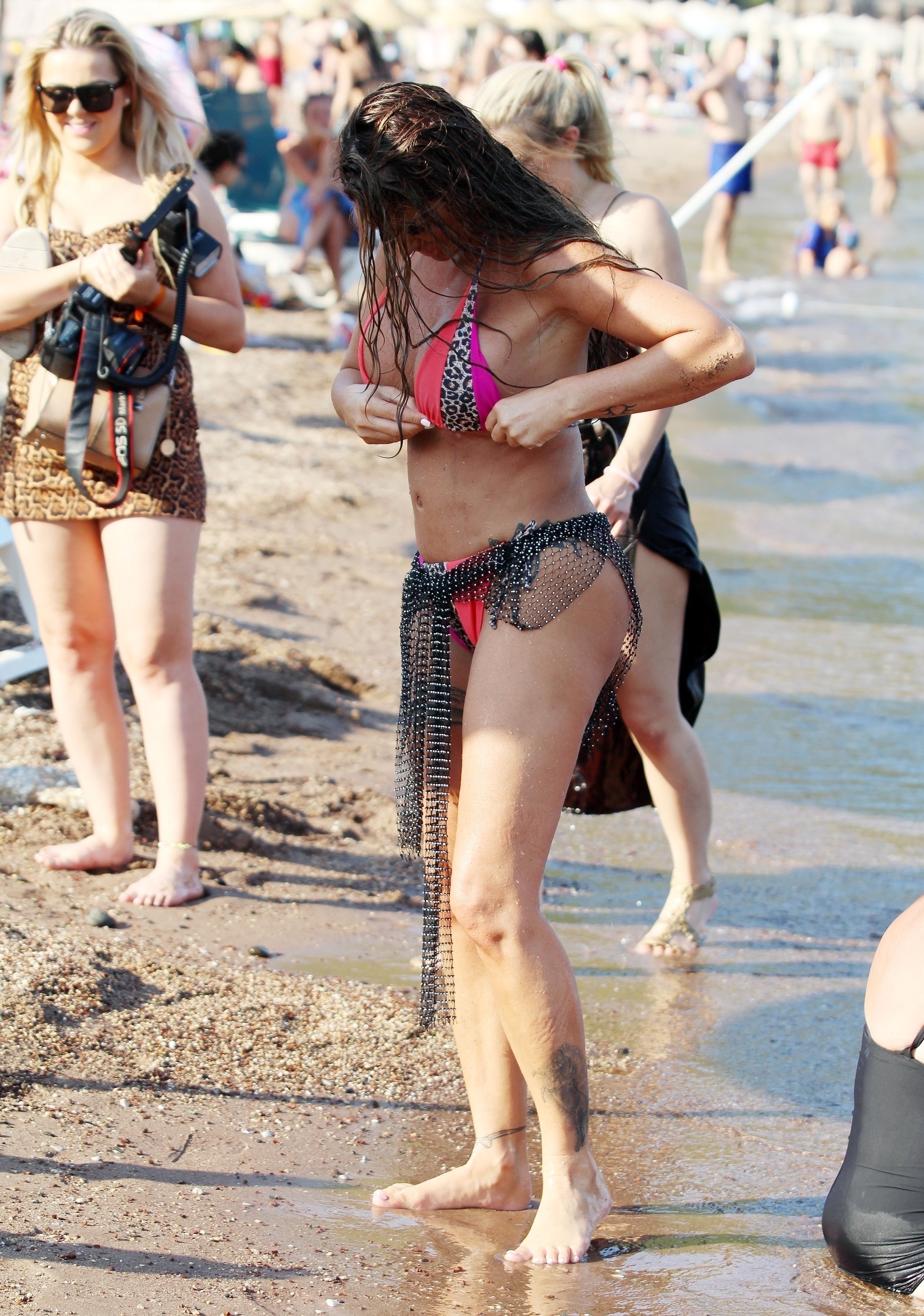 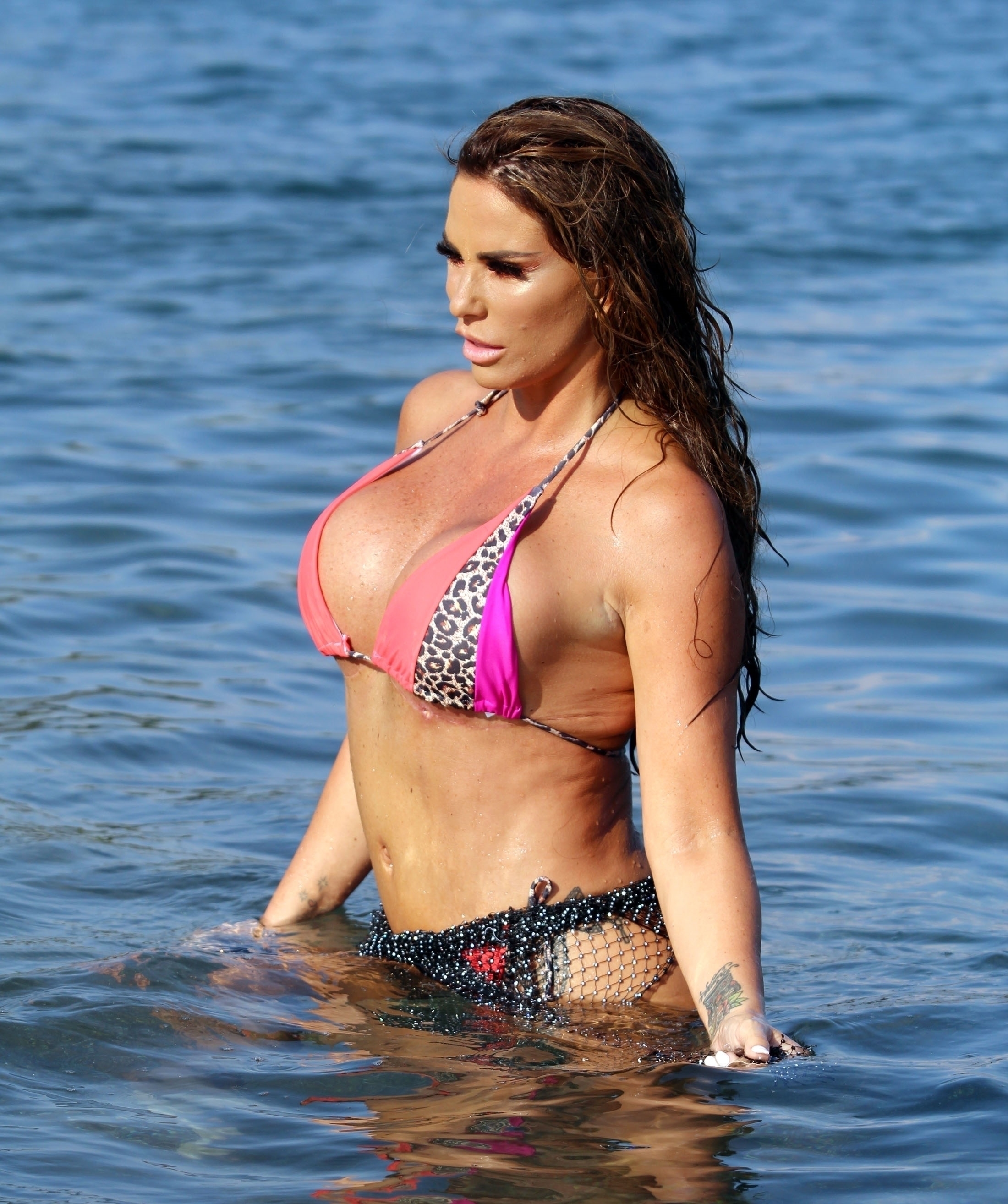 The mother-of-five first went under the knife in 1998, boosting her breasts to a 32C.

Ever since she's spent a lot of time on the operating table – from face lifts, bum lift, fillers and botox.

Yesterday Katie was cruelly trolled over her "lop-sided and droopy" face.

Katie was pictured in August with gruesome wounds after going under the knife in Turkey.

She had been warned that by having so many procedures, she was putting her health at risk, but that didn't deter her.

Earlier this week, The Sun Online exclusively revealed how Katie had reunited with toyboy fiance Kris Boyson, 30, following her fling with Charles Drury.

She unfollowed Charles on social media after he refused to sign a document promising not to spill her secrets.

Now Katie is making another go of things with Kris after she went crawling back.