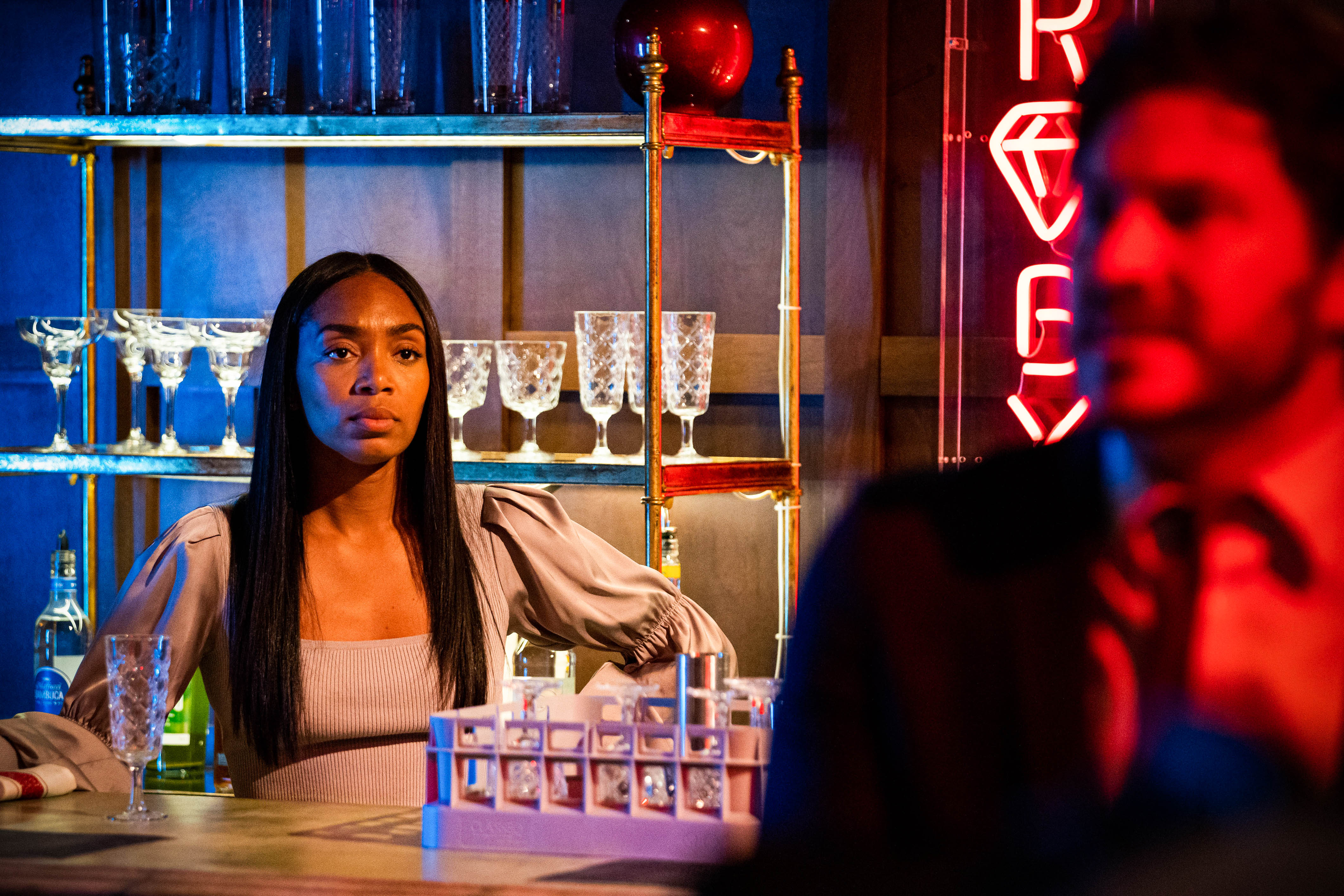 Gray Atkins (Toby-Alexander Smith) struggles to process the news that Chelsea Fox (Zaraah Abrahams) is carrying his baby, and upcoming EastEnders scenes will see the killer issue her with a warning.

Chelsea discovered that she was pregnant several weeks ago, and resolved to have a termination. Whitney Dean (Shona McGarty), however, worked out her plans, and pleaded with her to reconsider.

She claimed Gray was a good dad, and therefore deserved the right to know. Chelsea, having thought long and hard about what it is that she wants, decided to keep the baby.

Despite her decision, however, Chelsea made it QUITE clear that she dis not want Gray involved.

Whitney, meanwhile, struggled with Chelsea’s decision, as she hated the thought of having to lie to Gray, especially given how close they’ve become in recent weeks.

Chelsea reiterated that she doesn’t want Gray knowing about her pregnancy, but Whitney pleaded with her to tell him once again in Tuesday’s (October 19 offering of the BBC One soap, claiming she cannot start a relationship with him if she’s lying to him.

With Whit’s words ringing in her ear, Chelsea ultimately told Gray the truth, revealing that she is pregnant with his baby.

But, standing by her initial decision, she told him that doesn’t want him involved. Gray was rendered speechless, and the next edition of the serial drama, airing Thursday (October 21), sees him trying to come to terms with Chelsea’s news.

The killer confronts her once more, and things get heated between them, and thus he issues Chelsea with a warning, telling her that motherhood isn’t as easy as she thinks it is.

Will Gray’s words have an impact?

EastEnders airs these scenes on Thursday October 21 at 7:35pm on BBC One.