The rapper, 44, hosted an event to mark the release of his latest album at Soldier Field in Chicago on Thursday. 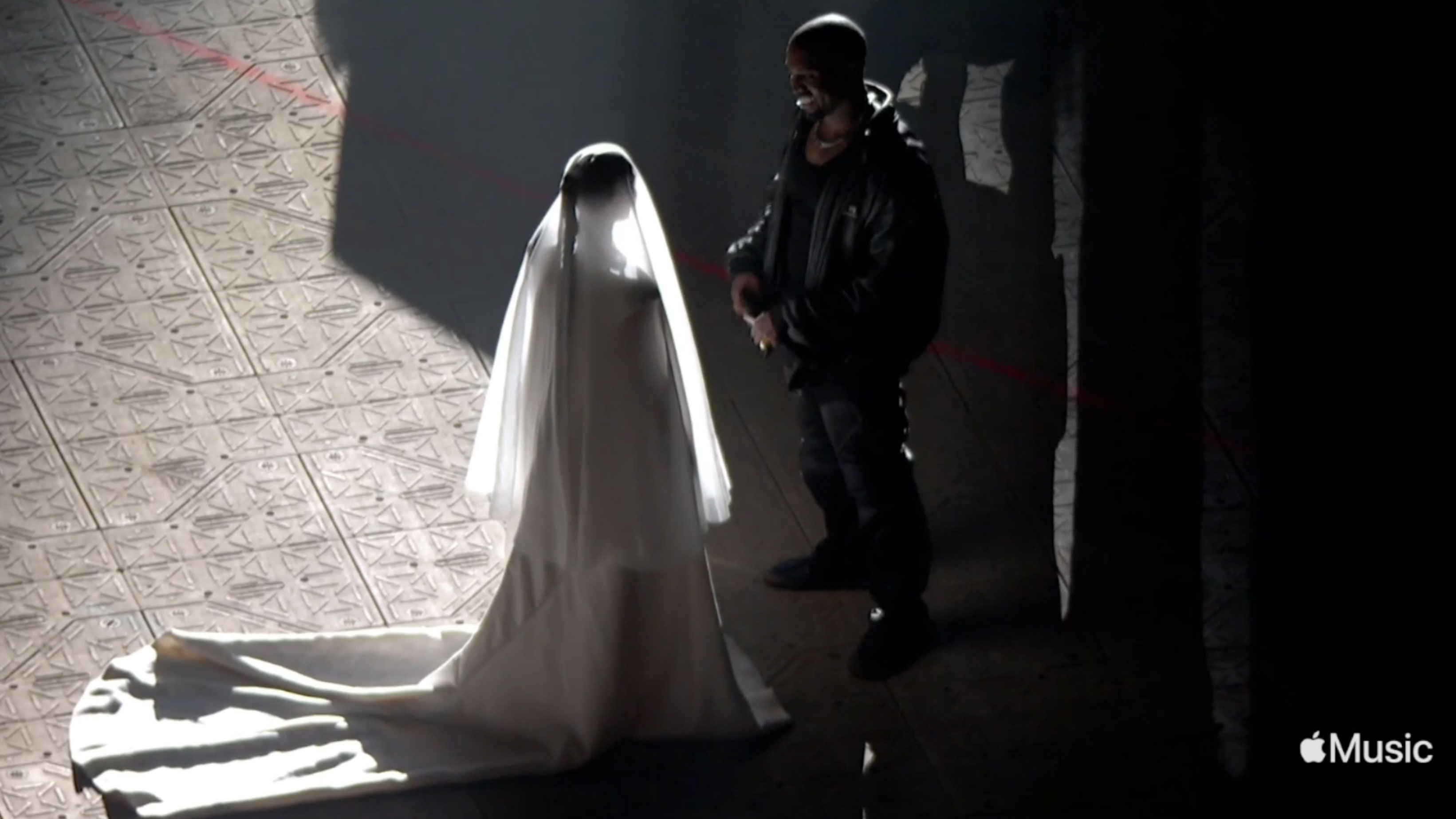 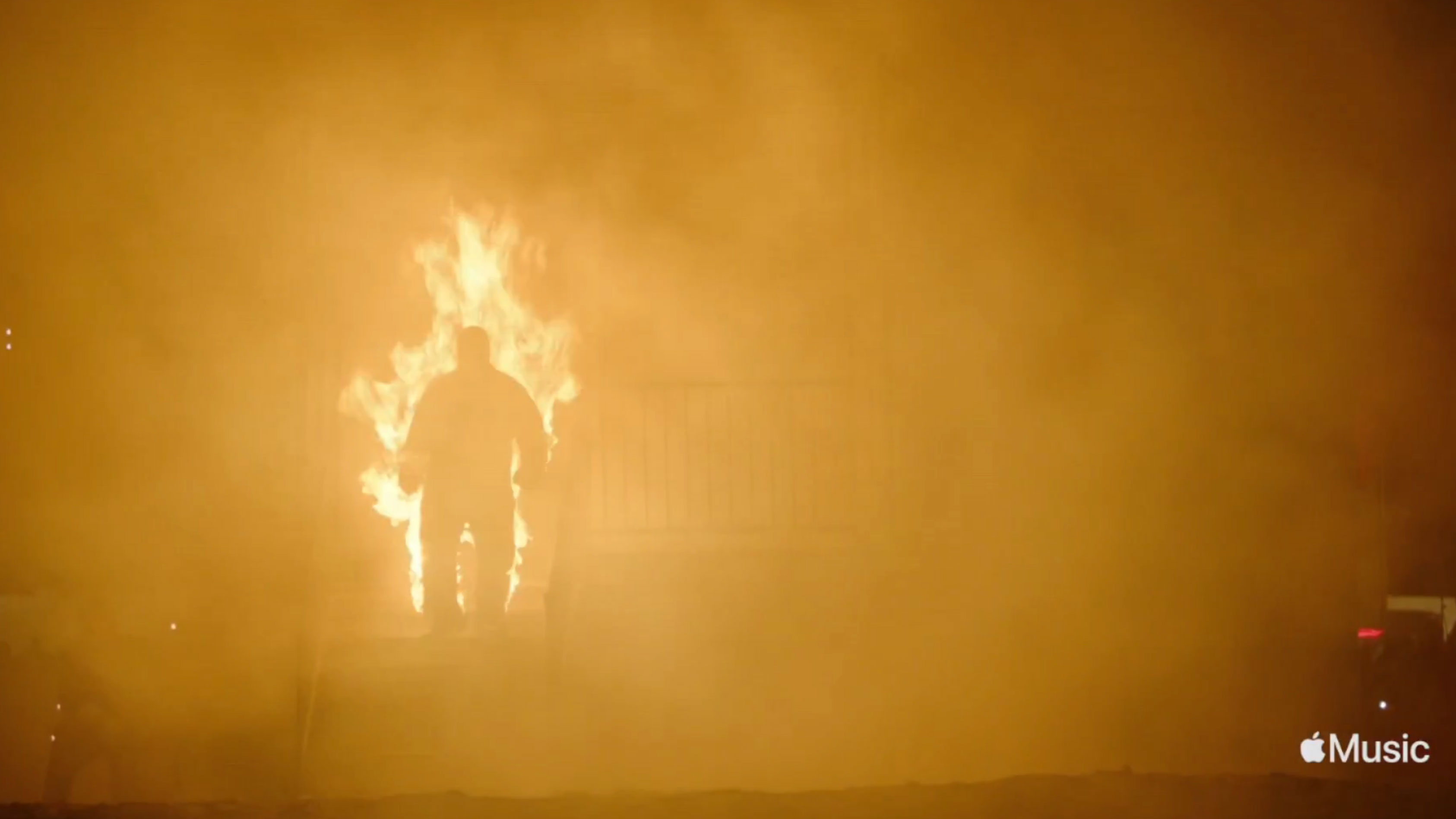 But Kanye really made a statement by bringing on his ex Kim Kardashian, who walked on stage in a wedding dress.

The social media superstar walked outside a mock-up of Kanye's childhood home on stage.

She appeared during the final song of the night, No Child Left Behind, wearing a Balenciaga Couture dress.

The pair are not back together, according to sources close to the couple.

TMZ reported: "Now, our sources with direct knowledge have told us for weeks the two are NOT back together… but they're forever family.

"Kim and Kanye have always supported the other's endeavors and will continue to do that in the future, whether it be a collaborative effort or not."

The mini-wedding ceremony took place just moments after Kanye set himself on fire and had to be put out on stage.

Kanye was also joined on stage by controversial musicians DaBaby and Marilyn Manson.

DaBaby – who was slammed in July for an explicit rant about "sucking d**k" and HIV on stage – sings a verse on Kanye's album originally meant for Jay-Z.

Kim and Kanye have maintained a friendly relationship since filing for divorce back in February.

The model attended both of Kanye's listening events sitting front row with their children to show support.

Last month, The Sun revealed that Kim was looking to drop West from her KKW beauty line to reflect her "independence" after her split from the recording artist.

An insider explained: “She feels the strongest and most independent she's felt in her life so she wants this brand to feel completely hers now.

“In order to do that she obviously needs to drop the 'West' part from the branding.

“Kanye wants it to succeed so he was supportive of the decision and at the end of the day, he also seemed happy to disassociate from the brand."

The source continued to claim: "Lack of sales haven't seemed like a huge concern for Kim or the team so that wasn't really a factor in the decision.

“But it definitely was talked about that this move would help since sales have plateaued in recent months. So they agree a shakeup certainly wouldn't hurt.”