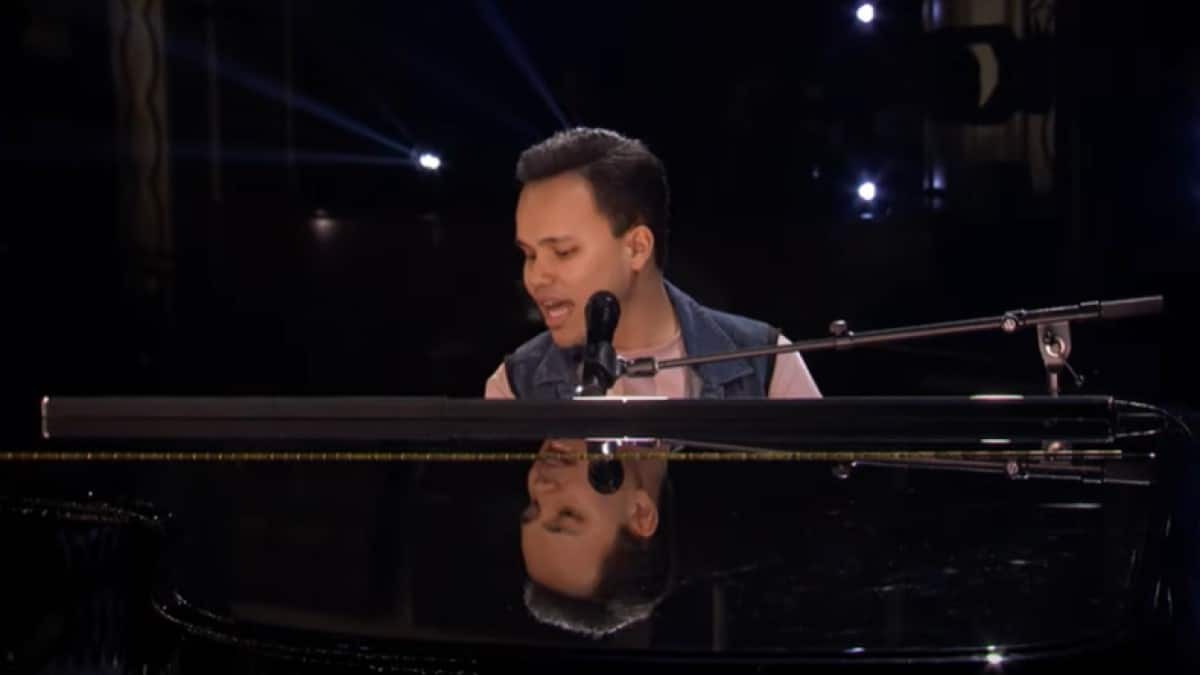 Kodi Lee was on America’s Got Talent for the first night of the semifinal round. Kodi took the AGT stage during a night where 11 acts would be performing for a spot in the finals. Check out the video below to see how he did.

It has been amazing to see his performances on the show and his run of impressive song choices continued on Tuesday night. This time, Kodi sang You Are The Reason, by Calum Scott.

Kodi’s skills behind the microphone are matched by how impressive he is on the piano keys. Simply listening to him gives the feeling of someone who has what it takes to be a star on the radio.

Before he can make it to that next stage, America will have to weigh in on his latest America’s Got Talent performance. Check out the full video below and listen to it more than once if you enjoy it as much as the live audience and AGT judges did on this night.

Kodi Lee on America’s Got Talent: You Are The Reason

AGT guest judge Sean Hayes picked a good night to sit on the panel, as the performances were as good as they have been in years on the show. The winner could very well have been on the AGT stage this evening.

The producers of the show must have known that he had what it takes to be a star, as he was featured during the season premiere. That’s when new AGT judge Gabrielle Union pushed the Golden Buzzer for him.

Kodi returned for Quarterfinals 1 and easily breezed on to the next round from there. Fans and NBC viewers should have guessed that he would then be featured during Semifinals 1 because that is exactly what happened on Tuesday night.

Now comes the time to vote for him to move on if that’s what you feel he deserves.