KOURTNEY Kardashian looked unrecognizable in a throwback photo posing with her sister Kim and their childhood friend during their teenage years.

The reality star's mom, Kris Jenner shared the snap on her Instagram Stories, shocking fans with another timeless pic of her 42-year-old daughter. 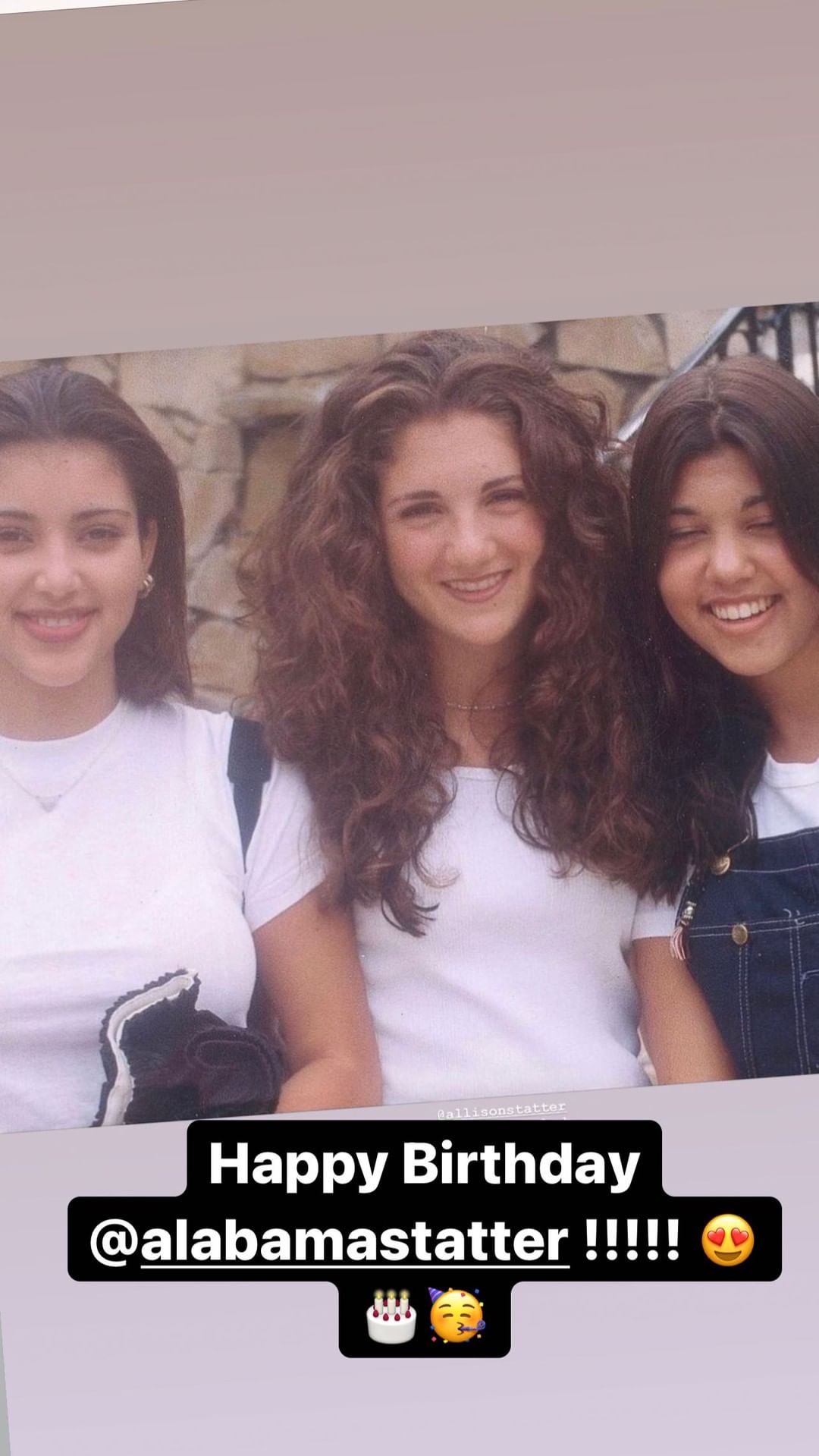 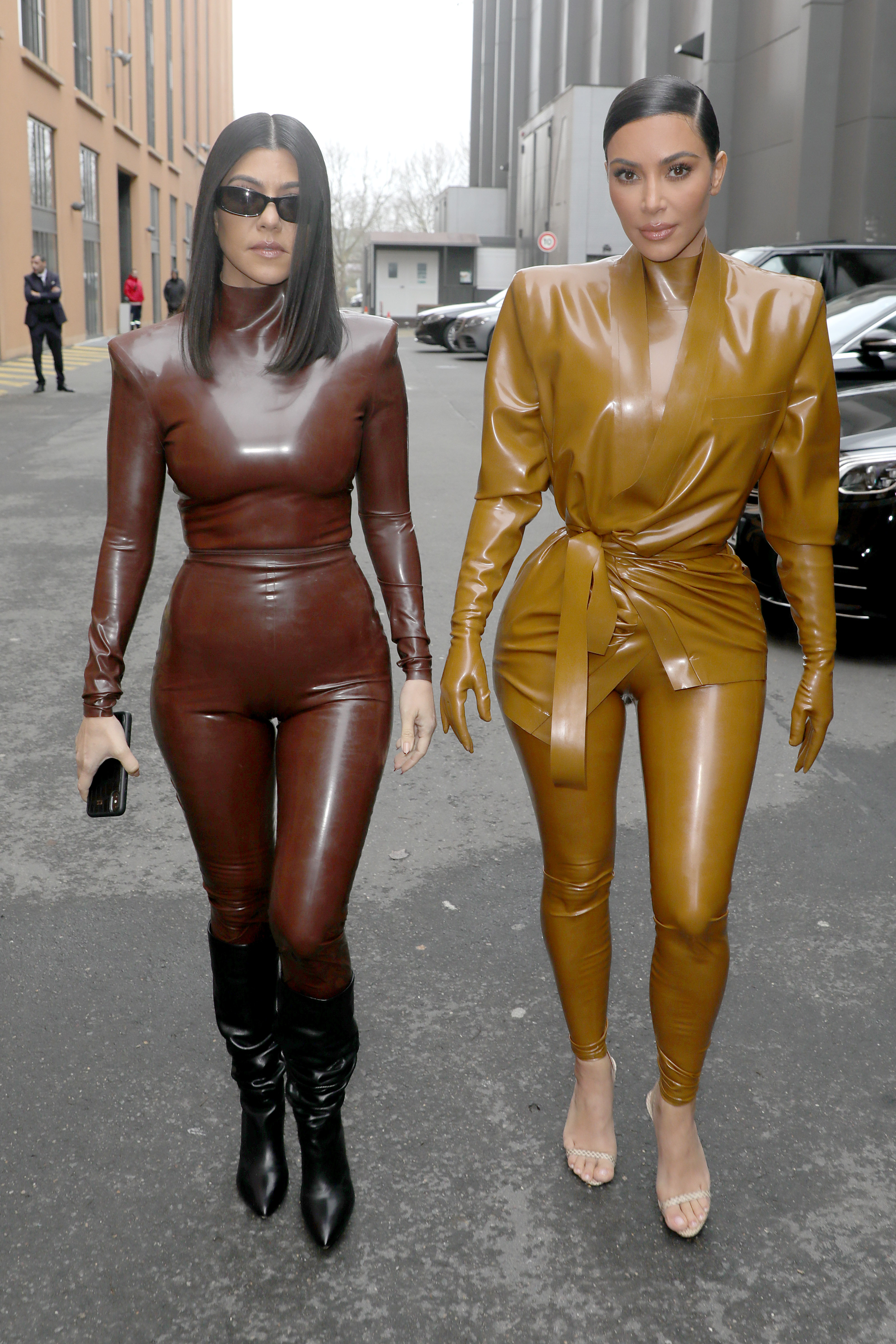 A much younger Kourtney smiled at the camera alongside Kim and their family friend Allison Statter.

The TV star looked different than her typical social media photos display, rocking a pair of overalls and her natural brunette roots.

The shot captured her with her eyes closed while her sister and friend kept their eyes locked onto the camera lens.

The other girls also let their natural brown hair flow down as Kim's was slightly pushed back away from her face, in contrast to Allison's full curls.

The post was a shoutout to their longtime friend for her birthday as Kris captioned the pic: "Happy Birthday" tagging Allison's private Instagram page along with smiley face and birthday cake emojis.

Kim also honored her friend on her page posting her own throwback photo of the pair.

Kourtney, however, has repeatedly surprised fans with her "ageless" appearance as she often shares old photos showing just how far she's come over the years.

The Keeping Up With the Kardashian's star previously shared a series of pics from her college days, proving how little she's changed since she was an Arizona Sun Devil.

In one of the throwback photos, Kourtney could be seen smiling next to her friend Sarah Howard, who was celebrating her birthday that day.

Kourtney was also seen sporting tons of lip gloss, as was the style at the time.

Another throwback photo of Kourtney and Sarah showed the mom-of-three wearing large hoop earrings with a low cut red top.

Her hair was slightly longer in the photo and she had bangs.

Kourtney captioned the tribute: "We also went to college."

Although the photos were taken nearly two decades ago, little has changed about Kourtney aside from her style.

Kim has shared similar college photos of herself and Kourtney and, again, little has changed for the eldest Kardashian daughter.

She joked in the caption: "College Years Baby!!! University of Arizona single handedly stopped me from turning into a wild party girl. I remember visiting Kourt on campus and being her designated driver.

"I hated all of the wild parties so much that I stayed home and never wanted to drink or party EVER…so thank you U of A.

"I was never a student there but you shaped my life more than you know."

Even in much older photos, Kourtney looks much the same.

In December, Kim posted a photo of herself and her sister from the '90s.

The picture showed Kim smiling, rocking a short hair style with a clip holding her hair out of her face.

Kourtney sat slightly in front of her sister, smirking with her curtain bangs framing her cheeks and the rest of her hair pulled back.

One fan commented on the photo: "Forever young."

More recently, Kourtney threw it back to 2005 and shared a photo memory of her younger self sunning in Cabo San Lucas.

In the photo set, a 25-year-old Kourtney lounges outside in a leopard print bikini, reading a magazine and enjoying a drink.

Another photo features what looks to be a night out with sisters Kim and Khloe, who do look decidedly different.

But all eyes are on Kourtney, who looks like she posed for the photos yesterday.

As one commenter said: "You’re the only one out of the three that looks the same."

Another fan noted: "You look the same! Didn't change at all!"

While a third observed: "She is just older, and that's great. She still has her main features and I admire Kourt for that." 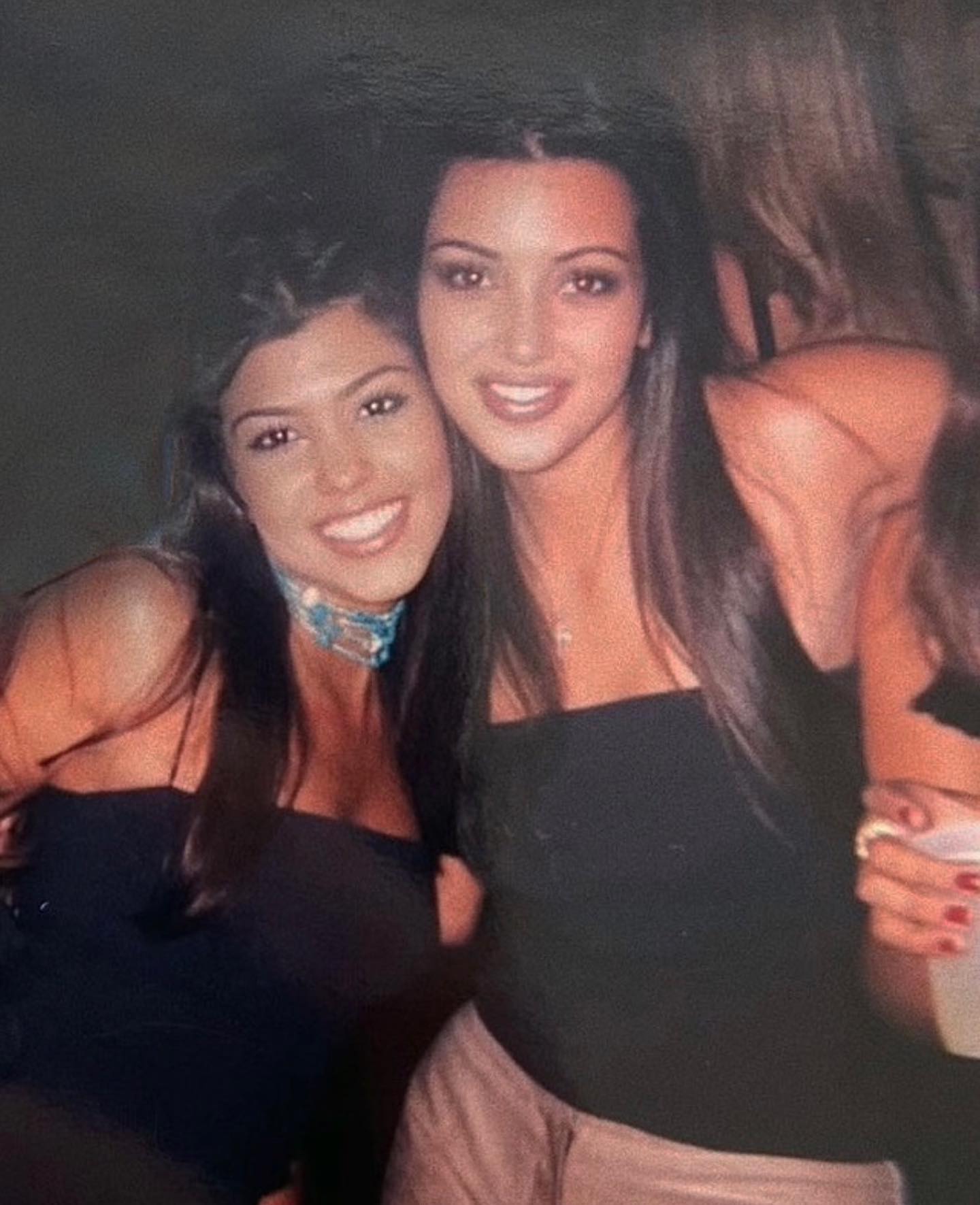 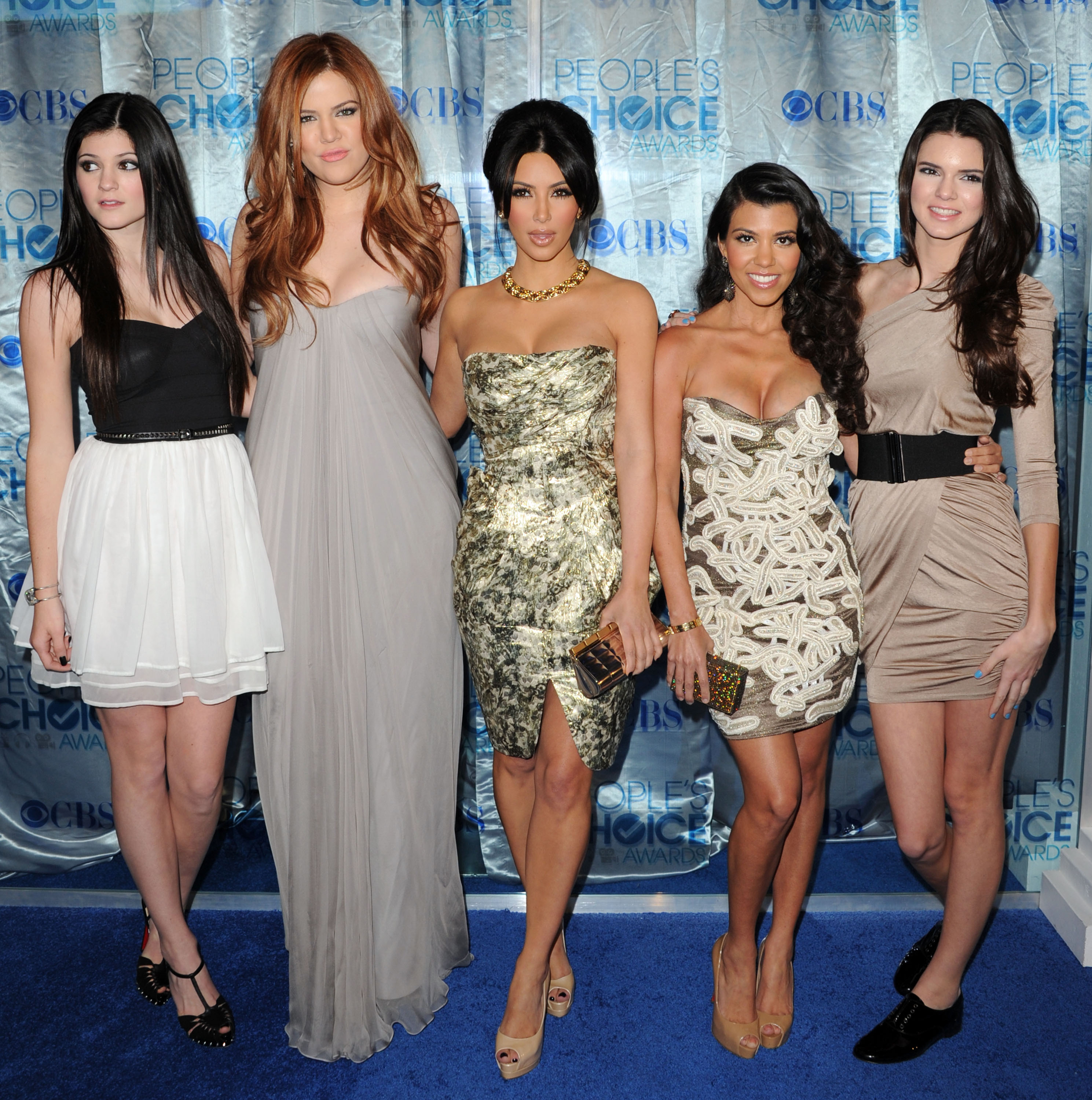 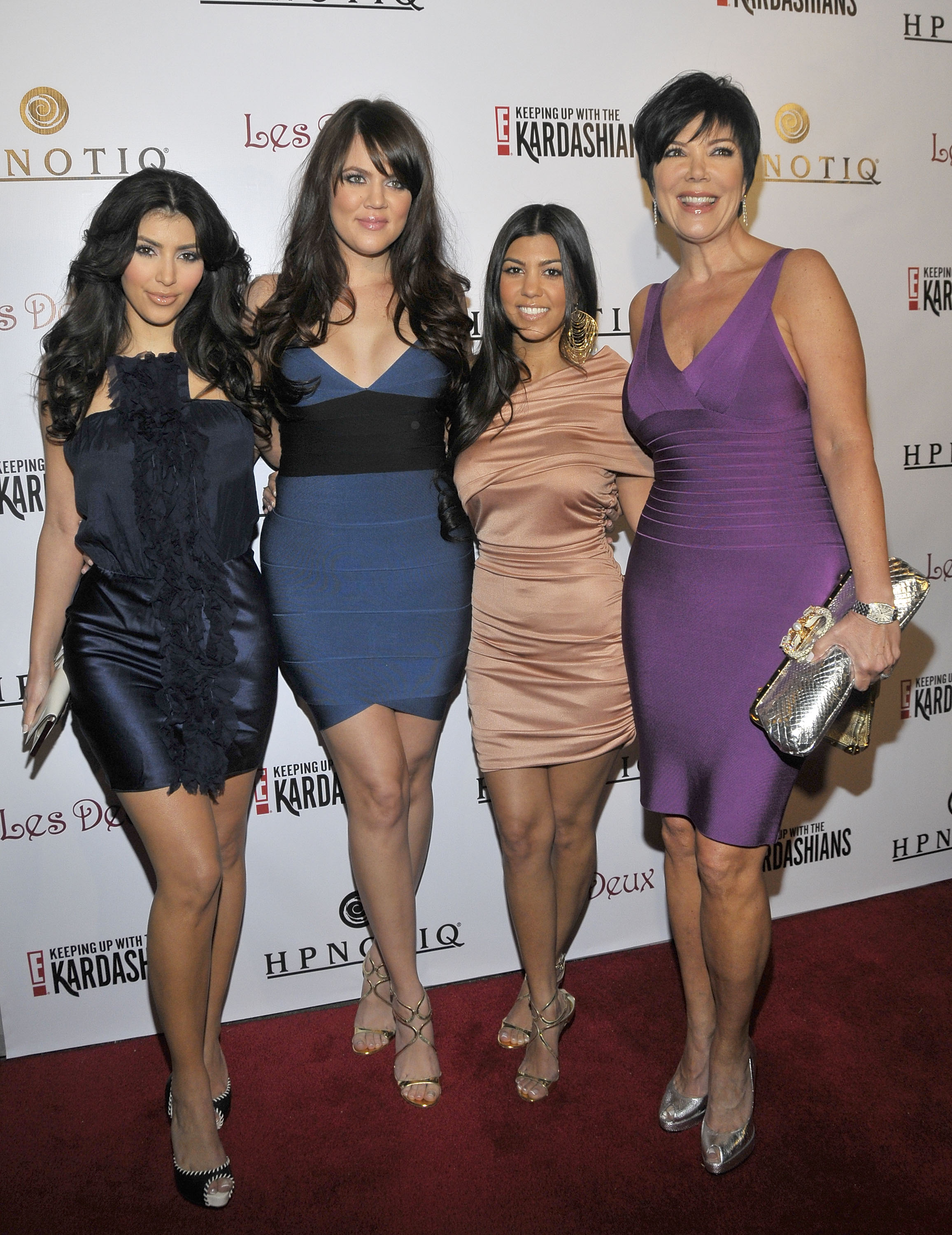