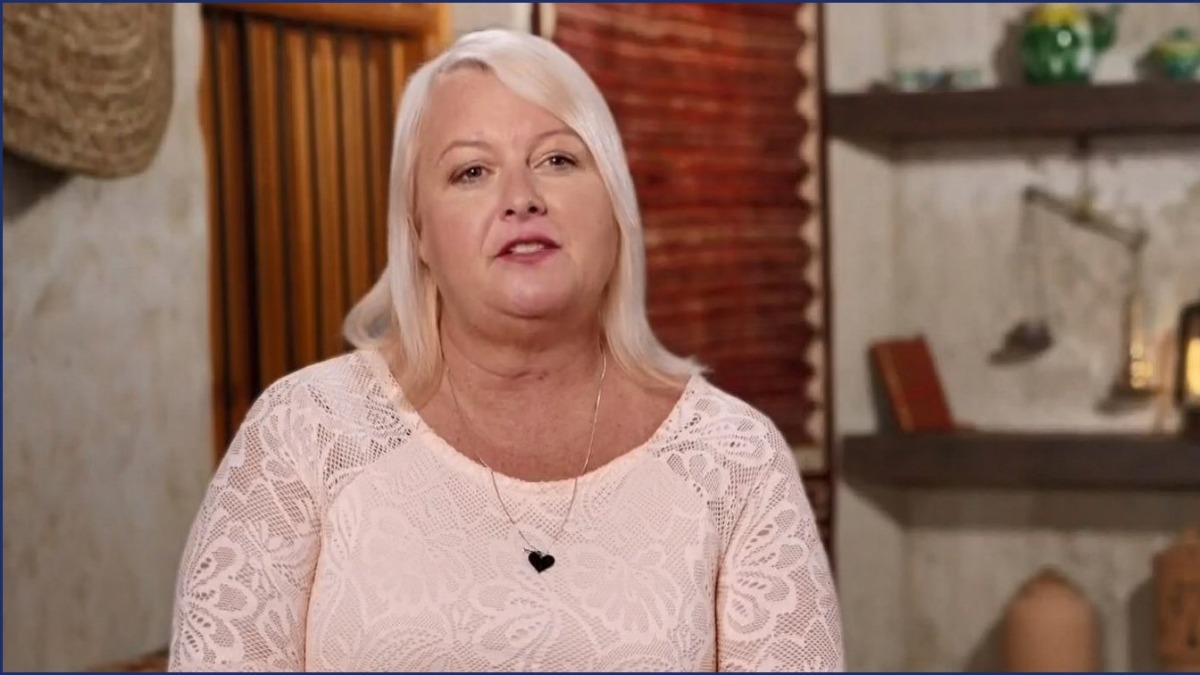 Laura Jallali had a very tumultuous marriage followed by an explosive breakup with her now ex-husband Aladin Jallali.

However, that doesn’t mean the 90 Day Fiance: The Other Way alum isn’t open to dating another reality tv personality.

It’s been a while since we’ve heard from Laura, as she’s been strangely quiet on social media lately.

But, now the 59-year-old is chatting it up in a new interview and dishing about her life.

And she has lots of updates to share with the world.

Laura talks about finalizing her divorce from Aladin and delves into her current dating life.

During a recent interview on the Domenick Nati Show, the reality TV personality dished on her newly single status.

And when asked which 90 Day Fiance cast member she could see herself dating, the TLC alum had an interesting answer.

“I had to think long and hard over this one,” says Laura before admitting, “Definitely Geoffrey has the physique.”

Laura is referring to 90 Day Fiance: The Other Way Season 4 alum, Geoffrey Paschel, who hails from Knoxville, Tennessee.

She continued to explain why Geoffrey is a good pick for her saying, “I like his personality actually, I think he’s very outgoing. He’s like me, he’s got a sense of craziness and he’s cute…he’s handsome.”

Laura also made a case for herself on why she could date the Tennessee native.

“I am Ukrainian so I do know how to make Russian food Geoffrey,” she shares, while naming a number of Russian dishes.

And she wasn’t done making her case just yet.

The Season 1 alum says she does speak to Geoffrey and expressed her feelings about his legal troubles saying, “He’s being prejudged way too quickly,” and that she “feels bad for him.”

Laura and Aladin are divorced

Speaking of the legal system, Laura has had some legal issues of her own to sort through. Her divorce from Aladdin Jallali.

And now, she admits it’s finally over and done with.

The news comes one year after the former couple announced their split.

During the interview, the TLC star admits, “My current relationship status with Aladdin is we are officially divorced as of 12 p.m. our time.”

“So I am now single, says Laura, “If there are any men who wanna put a ring on it, I will judge the diamond size and the quality. But yeah, totally, come on, DM me. Show me the ring. Let’s get jiggy with it.”