NEXT month marks 15 years since Leona Lewis became one of X Factor’s most famous winners, but only now has she reflected on the toll it took.

The Bleeding Love singer has admitted she struggled with self-doubt and was affected by beauty standards after she was thrust into the spotlight in 2006, but believes Little Mix, who were on the show five years after her, were dealt a much worse deal. 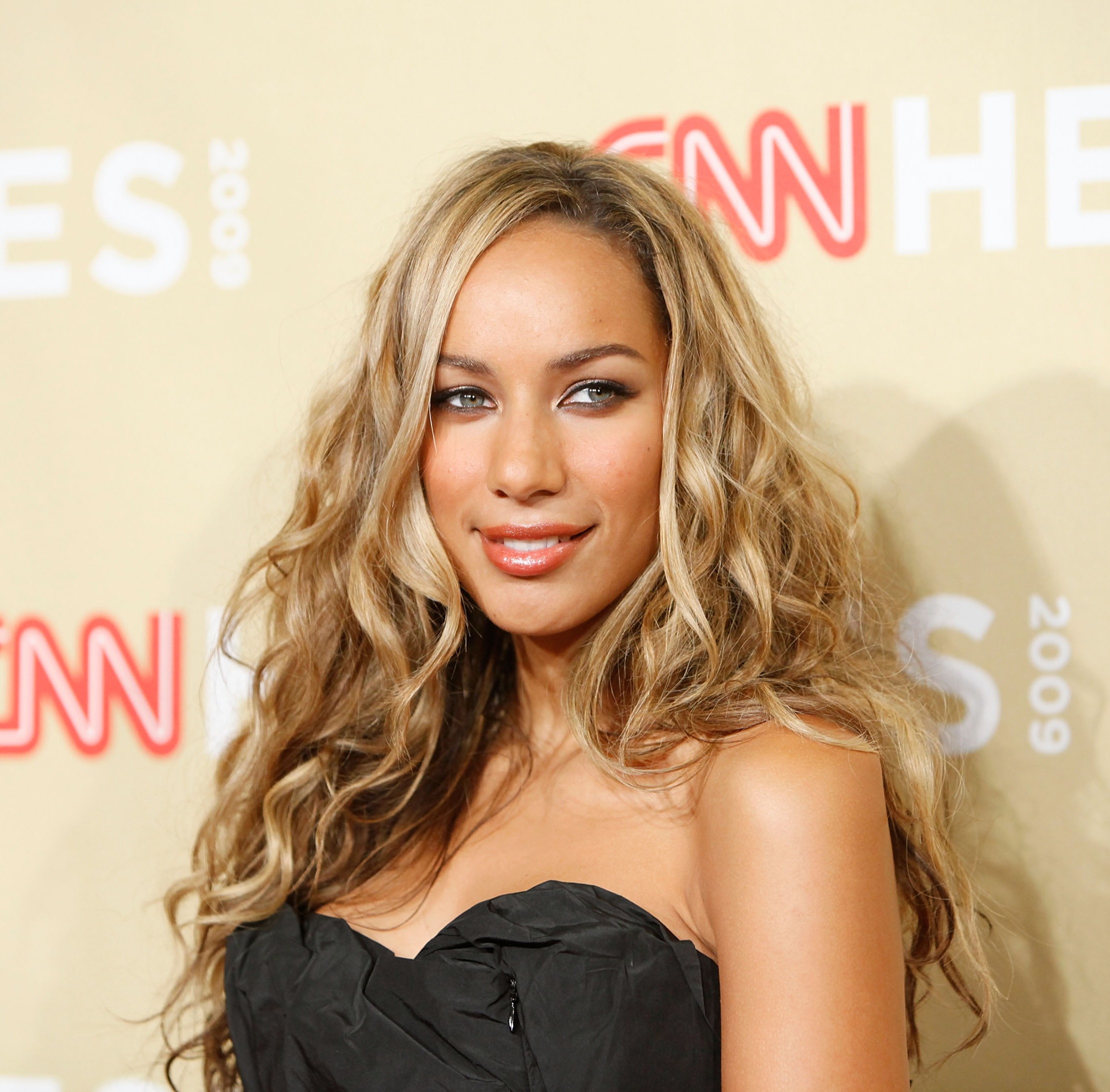 In an exclusive interview, Leona said: “It is hard. I feel so much for those girls that came off and were picked apart for their looks.

“You never get into this thinking about anything other than, ‘I’m just going to sing and that’s it’.

“I definitely had moments of self-doubt, for sure.

“When you’re fed these images or have people picking apart your appearance, or ‘Who wore it best?’ — stuff like that — it gets into your head. That did definitely affect me.

“But because of the kind of music I was doing, it was a ­little bit different. I don’t think I was expected to be the hottest person alive, I think it was OK. 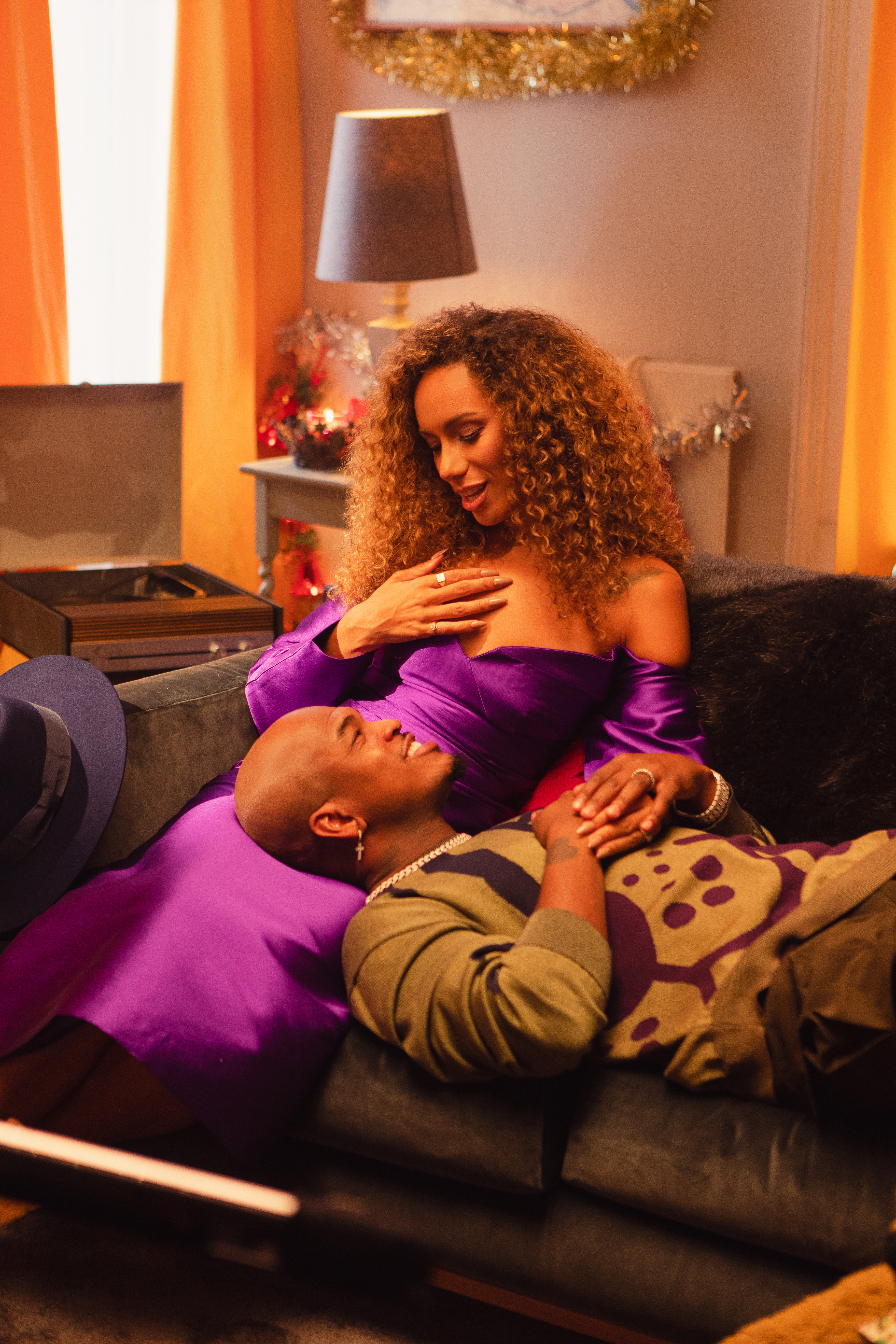 In July, The Sun told how The X Factor had been axed for good, but Leona reckons it was about time the ITV show ended.

She explained: “It was bound to happen at some point and I feel like it was the right time.

“We are in a different day and age now, with streaming and all the different platforms that we are on — there is so much out there.

“Everything has to evolve and move on and we can’t stay static. We have to go with it and embrace it. It was time.”

Today the star is back with a special repack of her 2013 album Christmas, With Love featuring two new tracks including her Ne-Yo collaboration Kiss Me It’s Christmas.

She will then join Gary Barlow on his nationwide festive tour, which kicks off in Belfast on November 27.

Reflecting on the fact she is making a return just as everyone else is winding down for the year, Leona added: “It’s funny because I’m doing the most.

“I’ve had a year and a half of being in my pyjamas so it’s time to get out there and do shows again.”

It’s good to have her back.

IT was glove at first sight for me when I saw Ellie Goulding in this black outfit.

The Power singer wore the glamorous frock and matching gloves to see the festive lights being turned on at London’s Burlington Arcade on Wednesday evening, ahead of the launch of another seasonal attraction – Hyde Park’s Winter Wonderland.

Ellie shared the snaps with her 14million ­Instagram followers and said: “Not sure who I think I am in these photos but a little dress-up never hurt anyone.”

The star recently returned to her home in the capital from Scotland, where she had joined in a number of debates and protests at the COP26 summit.

As a passionate advocate of raising awareness of climate change, Ellie spent a number of days in Glasgow pushing to make a difference.

She said: “Being at COP26 reminded me of how great humans can be.”

It is great to see someone with a platform like Ellie’s using it to do some good.

Lewis, you are the greytest 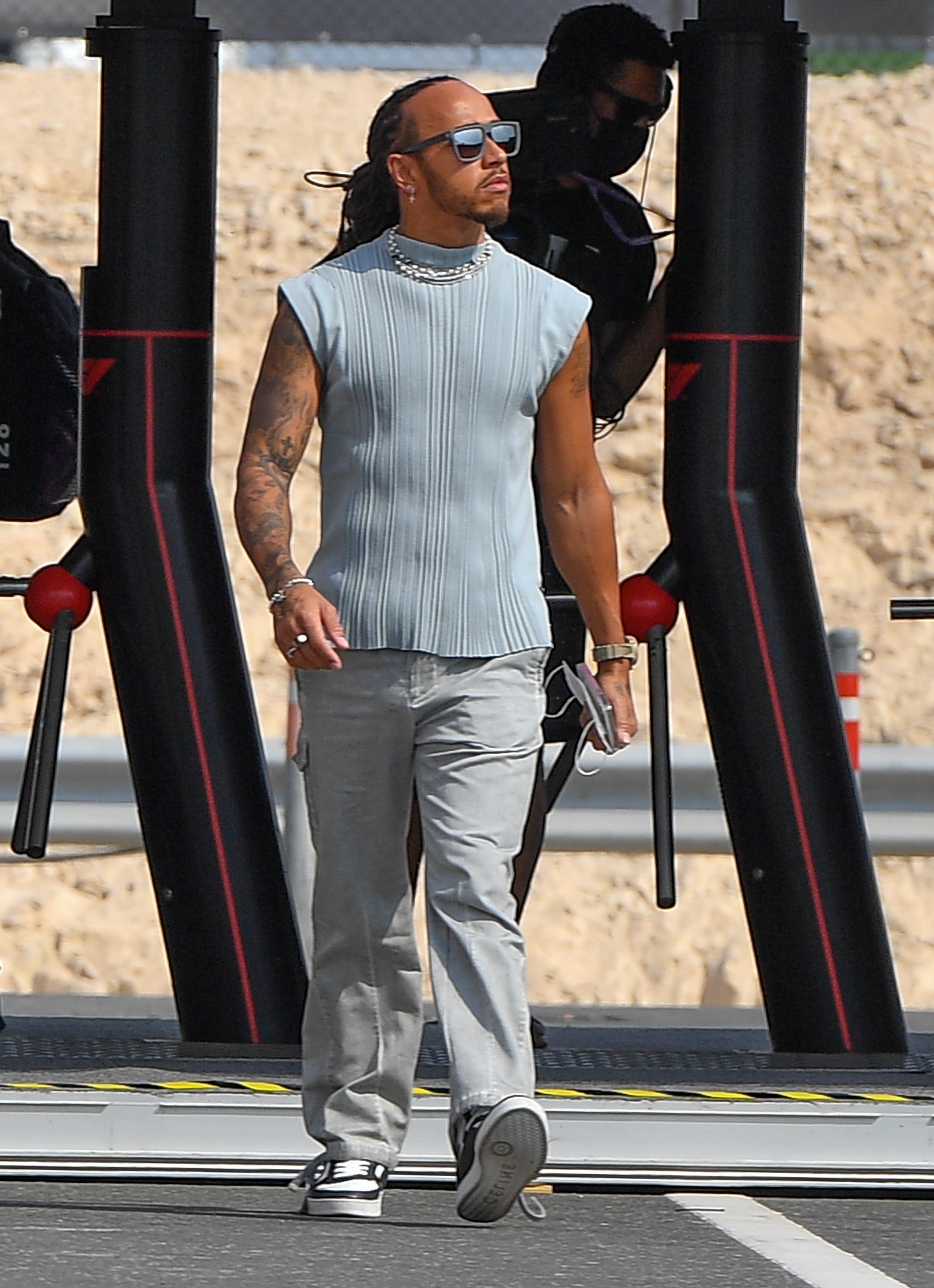 LEWIS HAMILTON is ­trying out his own take on Fifty Shades Of Grey.

The F1 champ rolled up his sleeves for a day out in Qatar ahead of the country’s inaugural Grand Prix in Doha on Sunday.

Away from the grid, Lewis has made a name for himself in the fashion world and as well as creating his own ­collection for Tommy Hilfiger, he has also walked the catwalk for them.

You’re never going to catch me in a sleeveless top but Lewis certainly pulls it off. 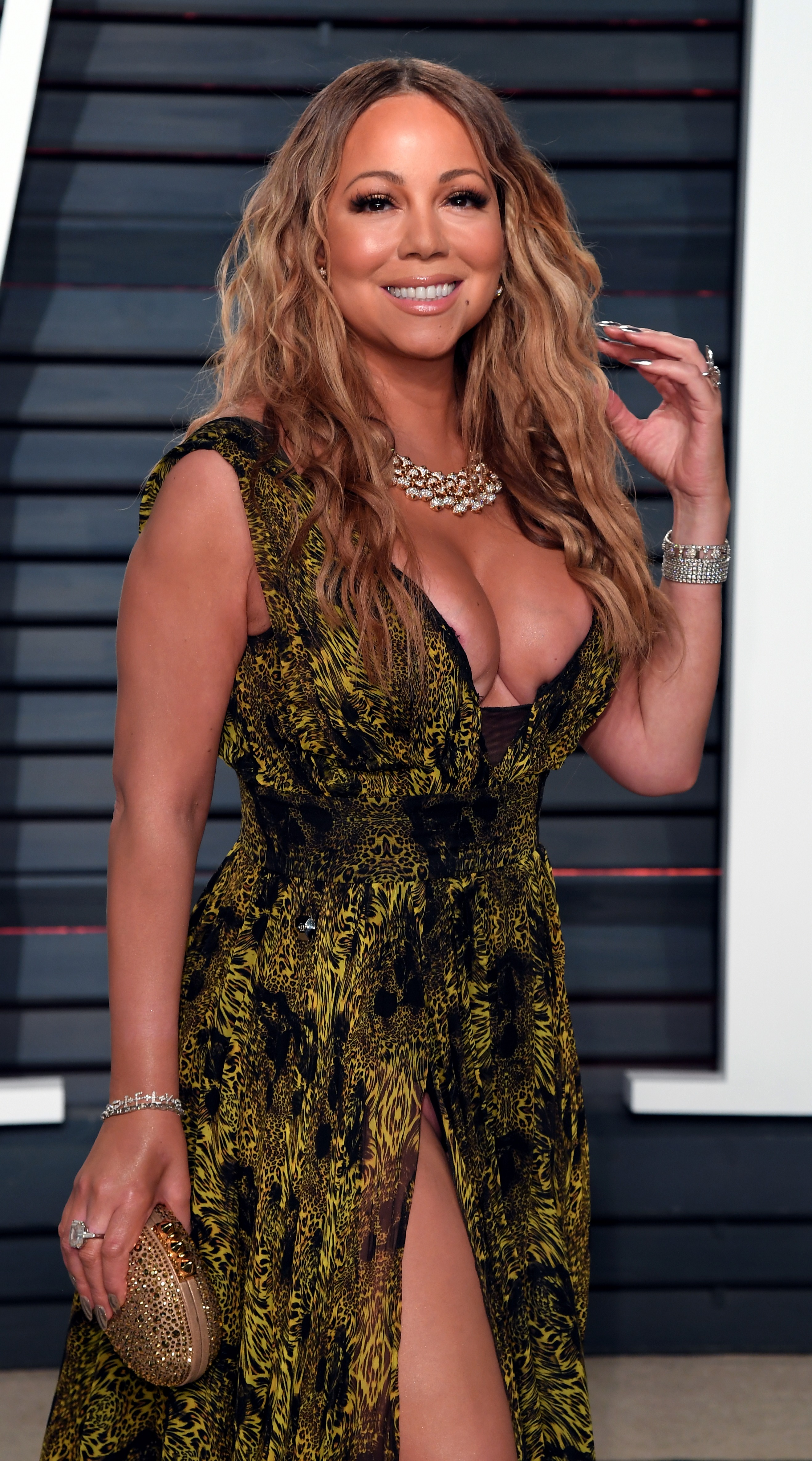 MARIAH CAREY’s memoir is being adapted for the screen, but she can’t decide whether it should be on TV or a series of films.

Speaking about 2020 book The Meaning Of Mariah Carey, she said: “I’m now working on figuring out the adaptation for that, whether it’s going to be a scripted series or a series of movies. 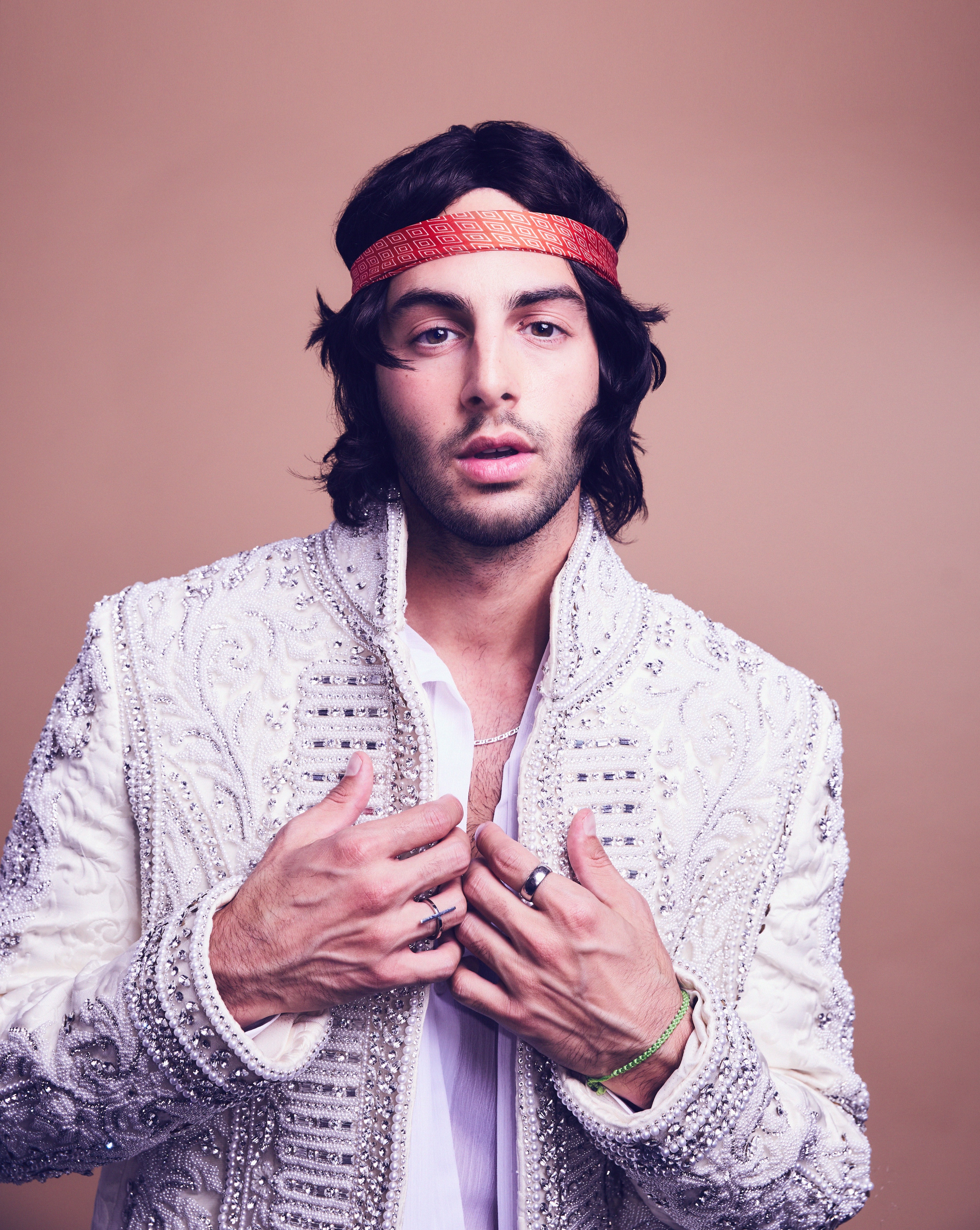 SWEDISH singer Darin is a superstar in Scandinavia but he narrowly missed out on making it on the big screen.

The star has been making waves here with his excellent new single Holding Me More.

But Darin almost landed the lead role in Guy Ritchie’s 2019 remake of Aladdin and the chance to sing A Whole New World. He eventually lost out to Mena Massoud.

Darin, who as a 16-year-old became a household name in his home country in 2004 on the first series of Swedish Idol, told me: “I did try acting once. I didn’t plan on it but it sort of happened. I don’t know who signed me up for it but my manager got an email and it said they were looking for someone to play the lead role in Aladdin.

“Then a few days later I was with Guy Ritchie in his home in London.

“I was here for a while and it was between me and the guy who got it, so I didn’t actually get it in the end.

“But it was a cool experience. I’ve never acted before but if I was to do something outside of music, that would be something.”

WESTLIFE GET A LIFT OFF THE KIDS

WESTLIFE have got a spin-off band in the wings, as their kids have now formed their own group.

Shane Filan said: “They have a backstage crew going on. There are ten of them backstage now. They’re so lovely.”

Kian Egan, also in the group with Marcus Feehily and Nicky Byrne, explained: “Westlife Two Cousins is what they call themselves. Shane is married to my first cousin so that actually makes our children related.

“They’ve formed a little band. Shane’s daughter Nicole is writing songs and Nicky’s little girl Gia was only six at the time – she was security.”

Speaking on The Jonathan Ross Show, which airs tomorrow at 9.30pm on ITV, Kian added: “We always wanted to film them because they were actually quite good. Gia would be like, ‘No, you’re not allowed to film’.

“She would be coming around and pulling the phones off us.”

LADYHAWKE is back with a new album called Time Flies today and said it was a blast to make, even when she was not in the studio.

The New Zealand-born singer said: “I was able to make the majority of Time Flies in Los Angeles right before Covid hit, which meant I got to visit Disneyland not once but twice.

“I celebrated Halloween in true American style with my friends while I was there.

“I ate many an In-N-Out burger, and I was able to show my two-year-old daughter, who is now four, the city I used to live in.”