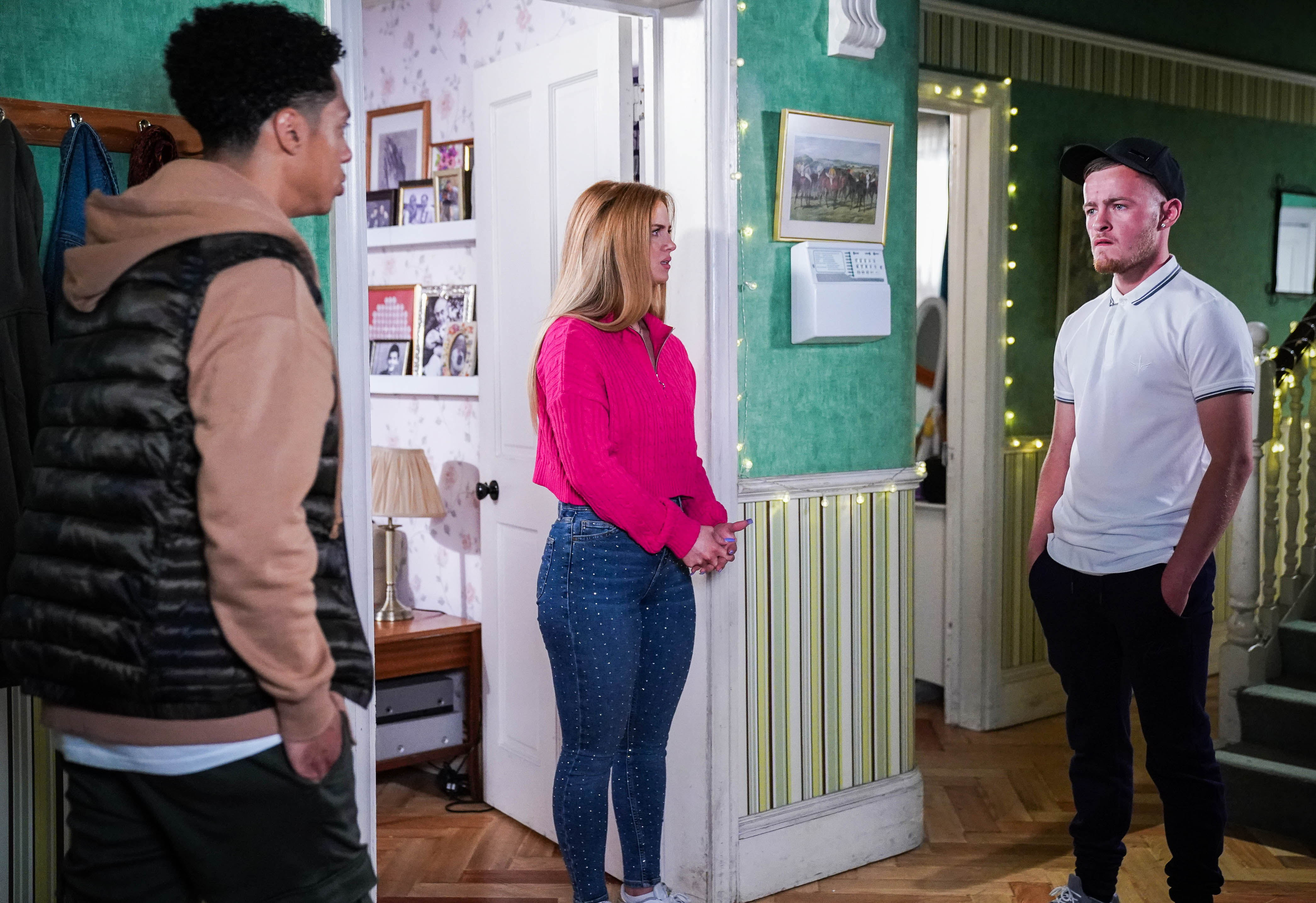 Liam Butcher (Alfie Deegan) set foot back in EastEnders last week, but it appears as if he’s harbouring a secret or two.

He claimed to be running his own garage in Germany, much to the delight of his family, but it soon became apparent that he wasn’t being one hundred percent honest.

Liam later took a call, and it was revealed to viewers that he was in desperate need of cash – though the reason why remains a mystery.

Desperate to get a job, he asked Ben Mitchell (Max Bowden) for work at The Arches, but Kheerat Panesar (Jaz Deol) wasn’t too impressed with him.

That is, until he proved himself and fixed a motor, much to the delight of Ben, who subsequently offered him a trial.

Keegan (Zack Morris), meanwhile, wasn’t pleased at Liam’s presence in Walford, as the returnee has proven to be a thorn in his side on several occasions!

Yes, animosity has brewed between the two young lads after Liam discovered Keegan had cheated on Tiffany with Dotty Cotton (Milly Zero).

But Keegan, however, comes to make quite the discovery about his foe in Friday’s (October 8) edition of the BBC One soap, as he overhears him on the phone.

Wasting little time, he heads round to speak to Tiffany, telling her that her brother simply cannot be trusted.

Liam soon realises what’s going on, and things become quite heated as a result.

Will violence ensue? Will Liam open up about the mysterious phone call? Or will he successfully be able to throw Keegan and Tiff off the scent?

EastEnders airs these scenes Friday October 8 at 8:05pm on BBC One.