Little People, Big World has entertained audiences for more than a decade. For over 20 seasons, the TLC reality show has revolved around the Roloff family. They resided on a farm for most of the series, and the public can visit to pick pumpkins. Viewers watched Matt and Amy Roloff raise their kids until they were old enough to move out. Now, Matt and Amy get to spend time with their grandchildren.

‘Little People, Big World’: Matt and Amy Roloff’s kids are all grown up 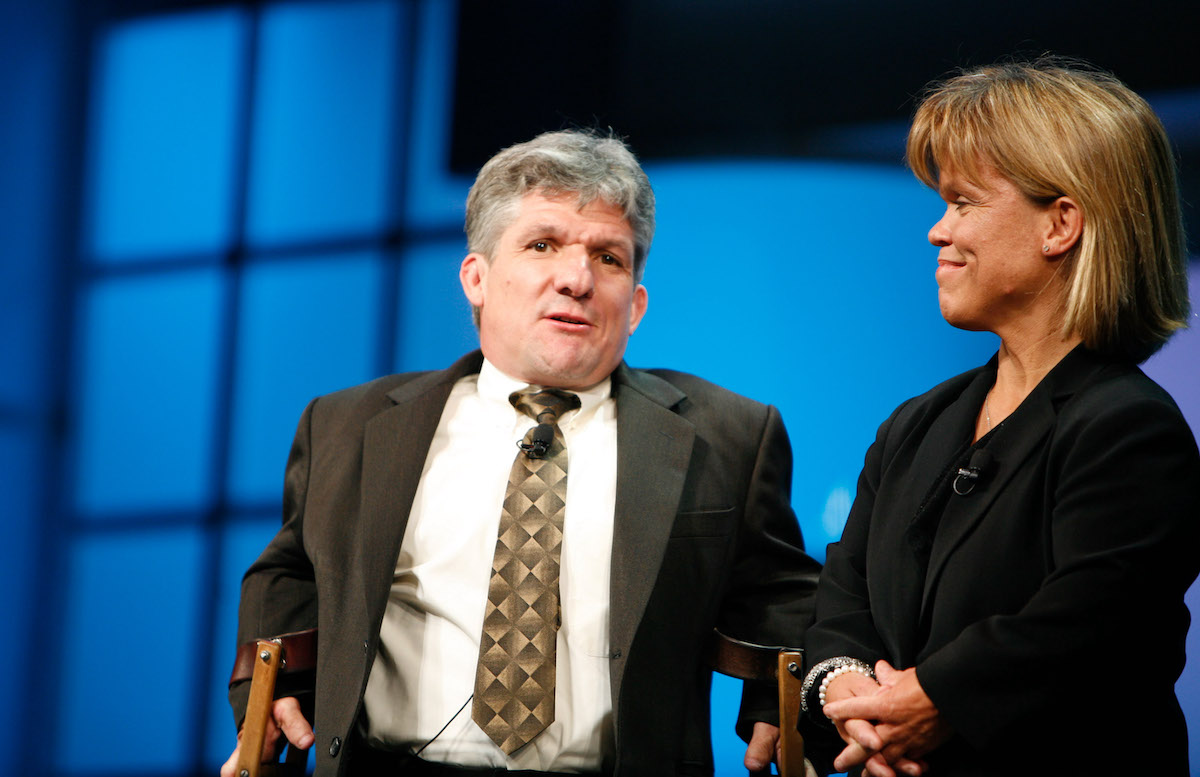 Before they split, Amy and Matt Roloff had four children. The oldest siblings are fraternal twins Zachary and Jeremy. Amy and Matt also have a daughter, Molly, and the fourth child is Jacob. The family has gone through several changes over the years.

Three of the four children have left Little People, Big World. Jeremy and his wife decided to distance themselves from the series in 2018. He is making his own way in life. Jacob shook things up when he criticized the show on social media, and rumors spread of a fallout between his dad and him.

The divorce did not help the relationship between Jacob and Matt. However, the two worked out their issues. Molly is not a regular on the TLC series anymore either, but Zachary still appears on-camera often.

The children had hoped for reconciliation when Matt and Amy’s relationship began to break. Now the parents are seeing other people. Amy married Chris Marek, and Matt is dating Caryn Chandler.

Amy and Matt already have several grandchildren, and more are on the way. As of this writing, there are five grandkids, but some of the Roloffs are expecting.

Zach is married to Tori Roloff, and they began their family soon after the wedding. Their first child arrived in 2017, and the couple welcomed a daughter two years later. They announced a third child is on the way in 2022.

Unlike his twin, Jeremy has three children. He and his wife Audrey welcomed a daughter in 2017. Then the couple had a son in 2020, and they recently had another daughter this past November 8.

Finally, according to In Touch Weekly, Jacob and his wife, Isabel Sofia Rock, are awaiting their first child. The news came in July, when they announced it would be a boy. The estimated delivery date is this December.

Does Molly Roloff have kids?

Four of the Roloff kids have families of their own. However, does Molly Roloff have children? Since she left for college, she has opted to stay out of the spotlight. Still, we have some details about her personal life.

Not only is Molly forging a career path, but she is also happily married. She tied the knot with Joel Silvius in an intimate ceremony on the family farm in Oregon. Then the couple moved to Spokane, Washington, where they bought a house.

Molly and her husband keep their social media pages private. As of this writing, there’s been no indication that a baby is on the way. Fans will have to keep an eye out in future episodesof Little People, Big World to learn if Matt and Amy mention an upcoming grandchild from Molly.