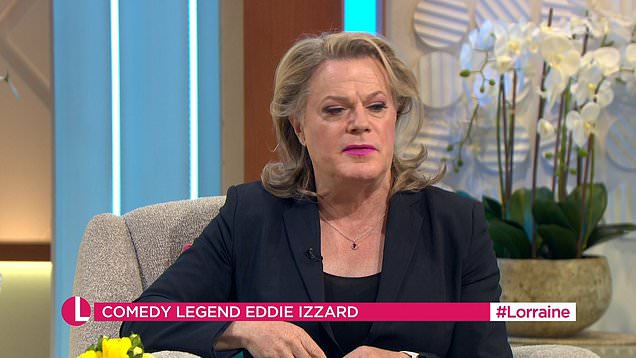 Lorraine Kelly has called for Eddie Izzard to become the ‘first female president of the world’ in light of the comedian’s aspiration to become an MP.

In March 2020, it was reported that Eddie, 59, was planning on standing as a Labour MP in the next election.

During an appearance on Wednesday’s edition of Lorraine, Eddie – who is gender fluid and in December requested the use of ‘she’ and ‘her’ pronouns – spoke to Lorraine about her desire to make her mark in the world of politics.

After Eddie explained that she believes ‘the 21st century will be the coming-of-age of humanity when we all learn to live together, work together in some shape or form’, Lorraine put forward the idea of the activist taking on a higher office.

‘Maybe you can be the first female president of the world?’ the host of the ITV programme said.

Lorraine reiterated this notion later on, when Eddie told viewers that her stand-up show Wunderbar is available to stream on her website this weekend anywhere in the world, except for America and Canada due to ‘rights issues’. 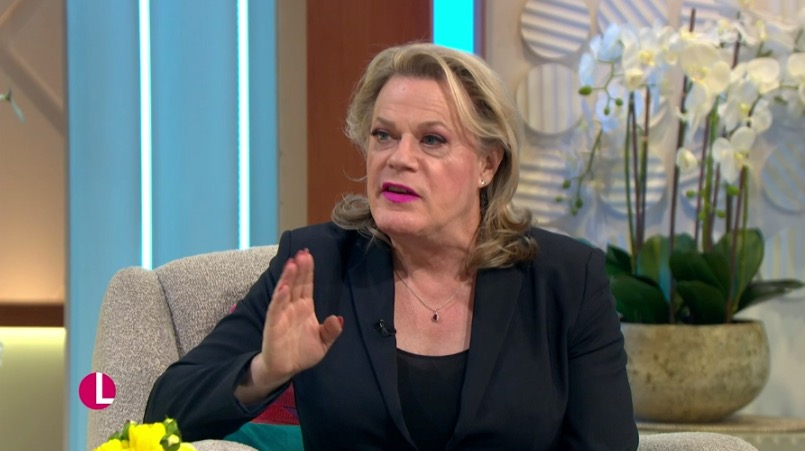 ‘We’ll sort that. We’ll fix it, when you’re the president of the world that will no longer be a problem,’ Lorraine added.

Eddie said that she’s ‘probably going to have to wait for the next election’ to become an MP, stating that she would ‘love’ to take on the responsibility.

Lorraine remarked that in her opinion, ‘there’s a real death of human beings in politics’, stating: ‘I find that when you’re talking to them, it isn’t like talking to a person, very few of them.’

Eddie said that in her view, she thinks that ‘it is very tricky to be a politician’.

While appearing on the Life, Interrupted podcast earlier this year, Eddie said that her use of female pronouns feels like a ‘promotion’.

‘I am gender fluid, I do seem to be a mixture, but I’m now based in girl mode as a trans woman. And now that pronouns have come out [it] feels like a promotion, I’m very happy with that,’ she said.

Lorraine airs weekdays at 9am on ITV.

Got a story? If you’ve got a celebrity story, video or pictures get in touch with the Metro.co.uk entertainment team by emailing us [email protected], calling 020 3615 2145 or by visiting our Submit Stuff page we’d love to hear from you.