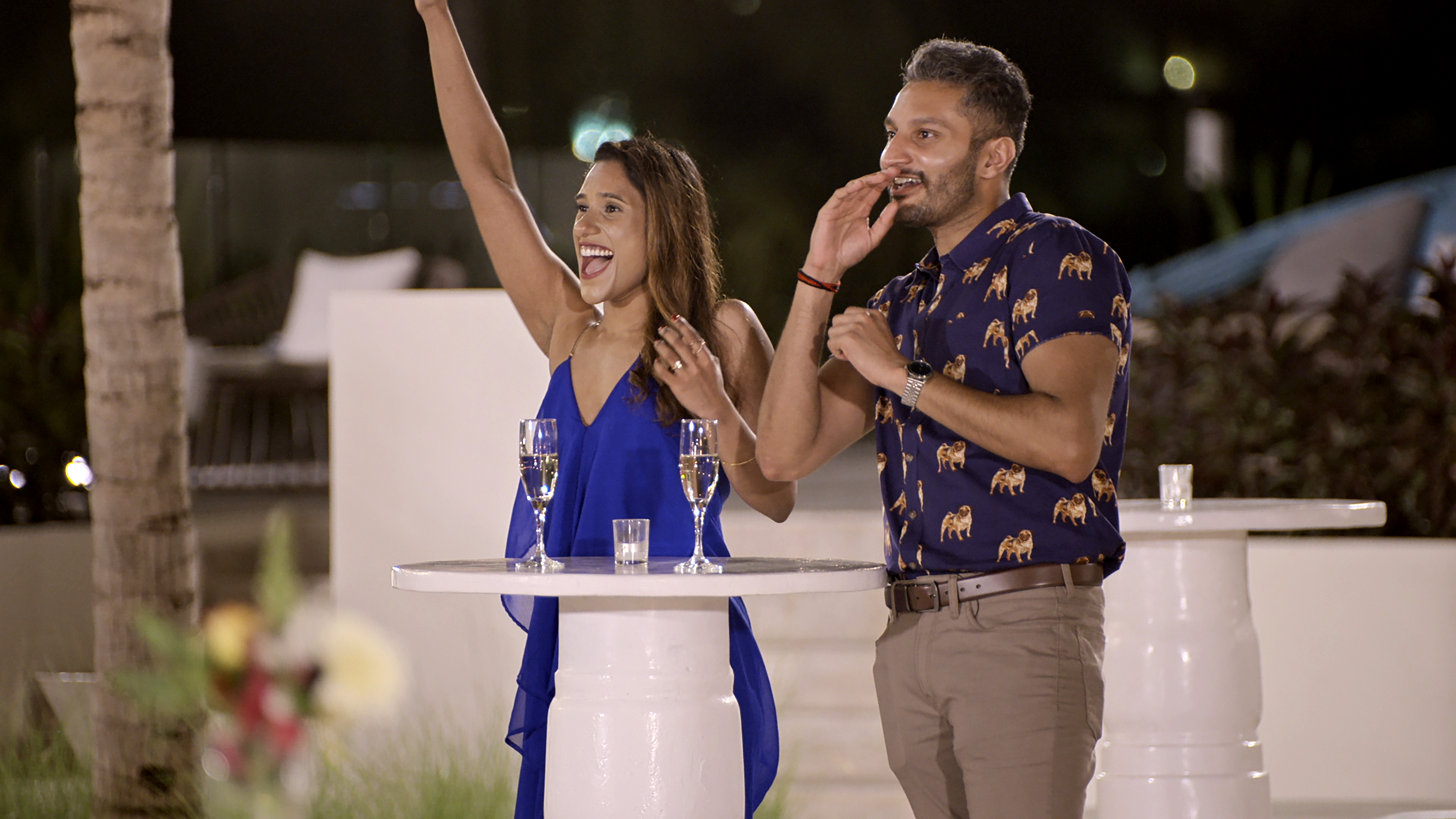 It appears to be all over between Love Is Blind stars Deepti Vempati and Abhishek ‘Shake’ Chatterjee, after they split on their wedding day.

Season two of the Netflix dating show dropped earlier this month, with outraged fans watching on as Shake made comments about his bride to the cameras and co-stars, explaining that he wasn’t physically attracted to her.

However, he didn’t seem to discuss his issues with Deepti, who was left in the dark about his true feelings towards her.

In tense scenes during the season finale, they made it to the altar – where she announced that she could’t marry the vet as she deserved to be with someone who was sure about their feelings for her.

While Shake revealed that they ended up going for a meal at Nobu together after the wedding, it seems that they have officially gone their separate ways.

In fact, following the finale airing this week, they appear to have unfollowed one another on Instagram.

Thankfully, we don’t have to wait long for answers on what led to their possible fall-out as the pair will be joining their castmates for a Love Is Blind reunion next week.

Despite getting very close from the second they first met, Shake quickly left viewers shocked over his comments regarding Deepti’s appearance, and was seen telling his co-stars that he wasn’t attracted to her.

Speaking of the scenes in a new interview, Deepti explained that she was ‘disappointed’ by how he went about getting his feelings across.

‘Shake and I had conversations about how physical intimacy and that chemistry was lacking between us,’ she told Buzzfeed. ‘But to watch it back and see how he did it – it was kind of like, “Oh, look at me, I’m this cool dude that’s just gonna talk s**t about you to my friends.”

‘You don’t talk about somebody who is your fiancée, let alone a best friend – or even just a real friend – that way.

‘It was disappointing and hard to watch, especially because my parents were so impacted by it. We welcomed him into our home.’

Speaking of the moment she realised that she couldn’t spend the rest of her life with her partner, she recalled their ‘disingenuous’ massage date.

She added: ‘I had the epiphany that like, “Why am I trying to prove to this person to see me? I’m done trying, I’m over this. I just need to move forward and figure out what I want – instead of trying to figure out why he doesn’t want me, do I even want him?”’

Love Is Blind season two is available to stream on Netflix now.