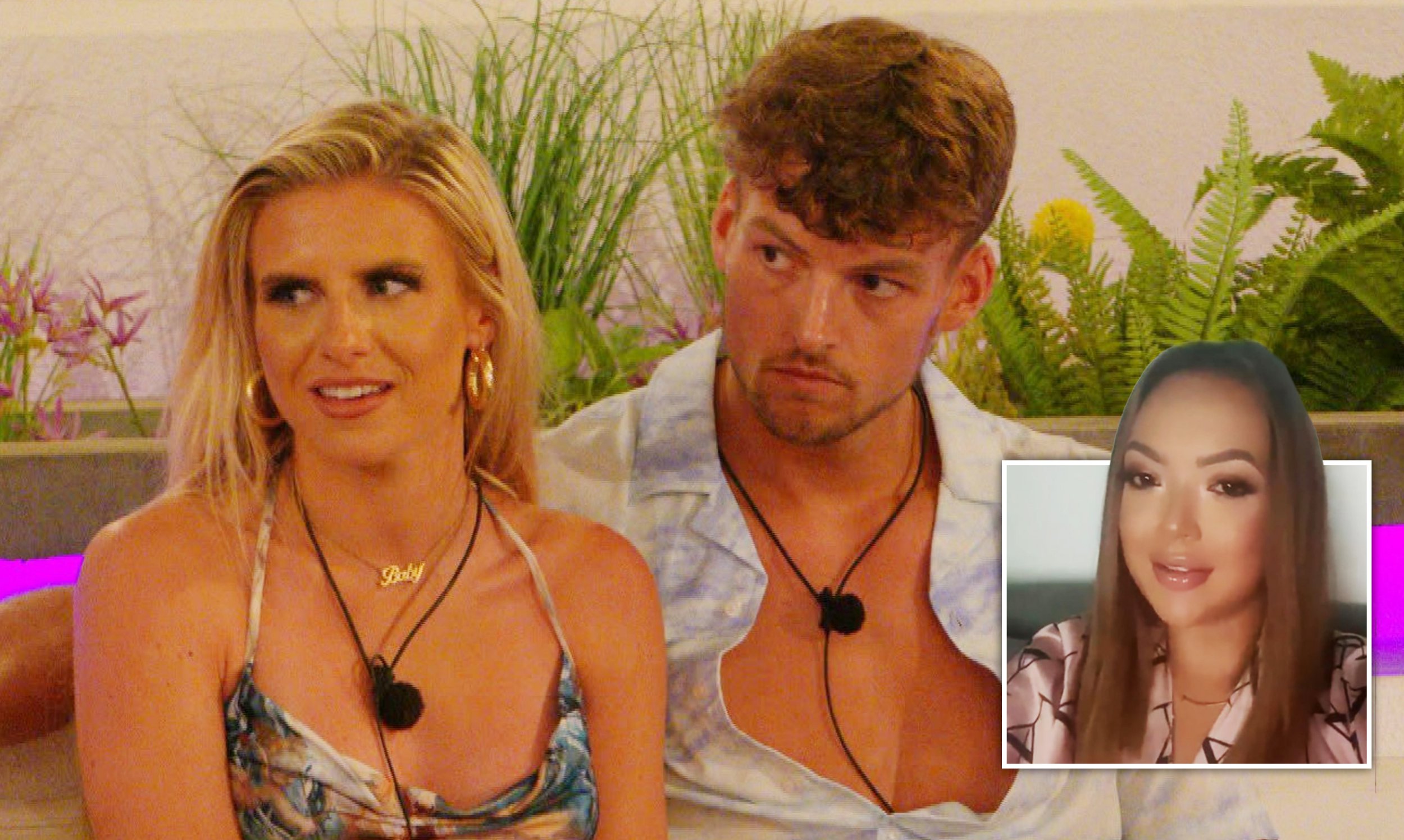 The PE teacher caused all kinds of chaos on Thursday night’s episode when he chose to couple up with a freshly dumped Chloe Burrows, and took aim at his pal for the way he had gone about speaking to newbie Abigail Rawlings.

While we can’t deny it’s the juiciest moment of this year’s series so far, the scenes have divided many, with some viewers upset at the way Hugo made his feelings known.

Taking to Instagram, Sharon – who was previously in a friendship couple with him – questioned his motives when he was ‘complicit’ in breaking up Toby and Kaz Kamwi earlier in the season.

During a Q&A session on Friday, she told fans: ‘Okay, so I don’t think Hugo was wrong for sticking up for Chloe, I knew he was going to pick Chloe, and I knew that he was gonna say something along those lines.

‘I didn’t think he’d say it with as much chest, so that took me by surprise. Maybe he spent too much time coupled up in bed with me.

‘One thing I don’t like about Hugo’s speech is that Hugo openly admitted to me that he enabled Chloe and Toby to crack on. And obviously, me being [BFFs] with Kaz, didn’t appreciate it at all because it was behind Kaz’s back. So, for me, what goes around comes around.’

Sharon stated that the speech was ‘unfair’ on newcomer Georgia Townend, who had only been in the villa a matter of hours before she was sent packing, and cryptically teased that ‘what goes around, comes around’ when discussing Chloe’s part in the drama.

‘What I also didn’t like about the speech is that Georgia had done nothing wrong and I just feel like it was unfair on her to witness that or be part of that,’ she continued.

‘In my honest opinion, I bloody hate seeing Chloe upset, it’s awful. I hate seeing any of the girls upset.

Sharon also suggested that Hugo has had feelings for Chloe since the very moment she walked into the villa as a bombshell last month, so his choice to recouple with her definitely isn’t a shock.

‘I’ve said that Hugo will pick Chloe because I think Hugo has had feelings for Chloe since day one. And now I’m watching their pillow talk, and them having a little snuggle,’ she added, before laughing: ‘Yeah, come on now…

‘Why don’t you go with someone who will treat you nice. I see you Mr Hammond, I see your game. Okay!’

If Hugo does have feelings for Chloe, he might want to act fast as, not only is there a brutal public vote looming, but Cast Amor is officially on the way back.

We predict heads turning and hearts shattering all over the shop…