Police consultant and debonair nightclub owner Lucifer Morningstar (played by Tom Ellis) returned to his throne in Hell at the end of the fourth season. However, when the popular Netflix series finally returns later this month, an explosive new fan theory has explained why he could have already been there since the end of the series’ original run on Fox.

The next instalment of Lucifer could be about to deliver a jaw-dropping twist that will completely change fans’ perspective on the last two seasons.

Before the show’s triumphant return for a fourth season on Netflix, Chloe Decker (Lauren German) finally learned the devil’s true identity at the end of season three.

In one of the most dramatic moments of the series to date, Lucifer uses his angelic wings to shield Chloe as Cain’s men bombard them with gunfire. 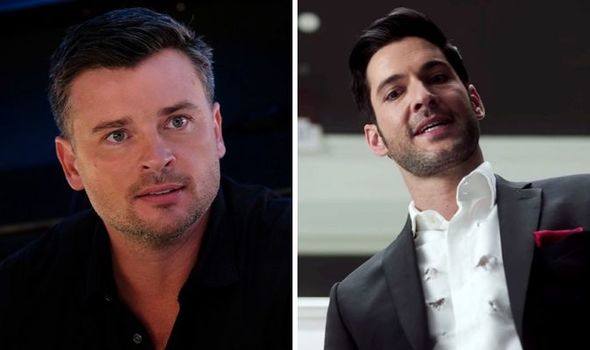 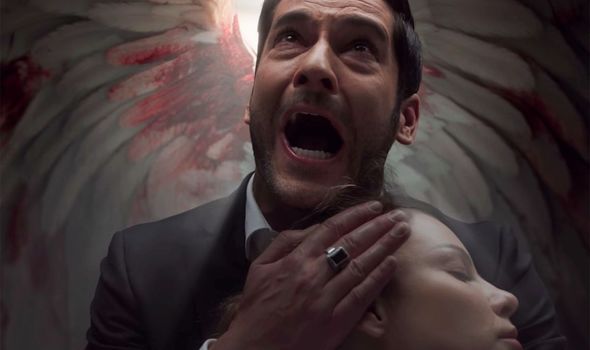 As the detective’s presence was still making him vulnerable at the time, Lucifer’s wings were practically torn to shreds by the rain of bullets.

Thankfully, the pair survived, though Lucifer certainly had a lot of explaining to do after Chloe got her first glimpse at the devil’s true form.

However, a distressing new theory has recently thrown doubt over the epic climax of the show’s third season.

One fan took to Twitter with their twisted proposal which suggests Lucifer may not have survived Cain’s attack after all. 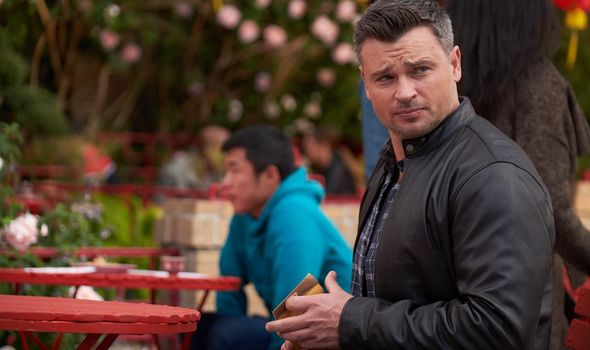 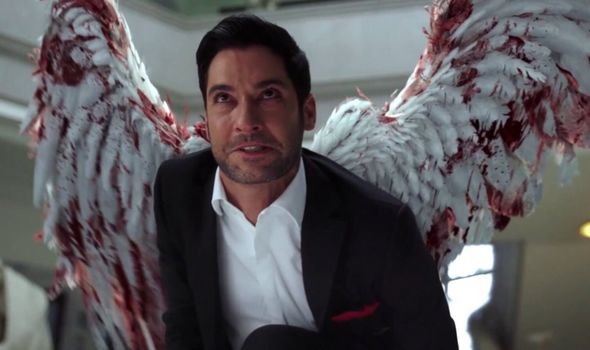 They said: “I can’t believe I’m saying this… What if Pierce actually killed Lucifer at the end of season three.

“Or if the bullets killed him because he was holding Chloe?”

Naturally, fellow ‘Lucifans’ weren’t too taken by the idea, but some did have to concede the theory has a ring of truth.

Although Lucifer is immune to the effects now, he has come close to death several times before by being injured whilst in close proximity to Chloe’s mysterious power-dampening aura.

While his wings could certainly be stronger than his human form, and obviously don’t contain any vital organs, it does seem strange that Lucifer was eventually able to walk away from such an attack with little to no permanent damage.

Instead, this fan speculated Lucifer was actually killed in the season three finale, and the events of season four and five have actually taken place in the Underworld.

They explained: “And everything after that is his hell loop? And he doesn’t realize it?”

As the series has demonstrated, misguided souls trapped in Hell usually don’t realise where they are until Lucifer explains their situation.

Netflix’s revival of the series has certainly been no picnic for the crime-solving devil, who has taken on ever-increasing threats throughout the past two seasons.

If Lucifer was being tortured without his knowledge, it would definitely make sense that his twin brother Michael would be the biggest source of grief in season five.

Plus, the first trailer for the next eight episodes of the series has revealed the long awaited arrival of his father, God (Dennis Haysbert), will be anything but a pleasant family reunion.

Lucifer Season 5, Part 1 will be released on Friday, May 28 on Netflix.