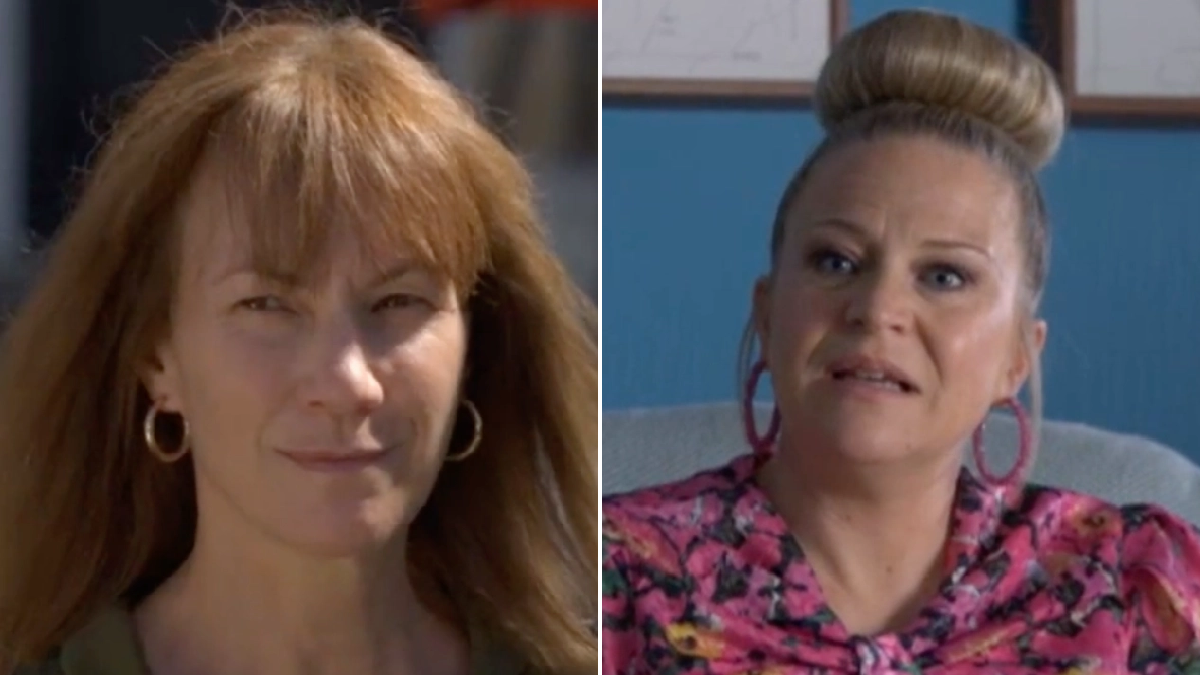 EastEnders’ Rainie Highway (Tanya Franks) is on a mission to bring Max Branning (Jake Wood) back to Walford by any means necessary, and she may have just found the key to doing so.

The undertaker was heartbroken when Max absconded with her precious Abi, and she suffered another blow earlier this week when she received a gift she’d ordered previously for the little girl.

After a showdown with hubby Stuart (Ricky Champ), she stormed out of The Vic, leaving landlady Linda Carter (Kellie Bright) – who witnessed the scene – feeling incredibly guilty.

Linda, as viewers know, is pregnant with Max’s baby after she bizarrely cheated on husband Mick (Danny Dyer) last year.

A storyline that we’re still not over, to be honest.

But alas, the landlady is carrying Max’s child, a fact which she’s kept shtum about given she now knows Max is capable of child kidnap.

Tuesday’s (September 7) edition of the BBC One soap saw Linda offer Rainie a friendly ear, reminding her that Max isn’t all that, which is perhaps the most Linda thing Linda has said since the soap returned to screens.

Rainie was grateful for Linda’s support, but a comment from Vi (Gwen Taylor) about how ‘big’ the pregnant landlady is left her suspicious.

Desperate for answers, she decided to pop round to The Queen Vic for a chat with Linda, who was evidently perturbed by her arrival.

Rainie quizzed Linda, and devised a ruse that would see her left alone in the living room with the landlady’s hospital bag, which just happened to be on display.

After a snoop, Rainie found what she was looking for in the form of a document which confirmed that Linda’s due date was only round the corner, not next month like the publican had claimed.

Putting two and two together, she worked out that, given Linda and Max were together (apologies for the reminder) in December, it’s possible that Max is the father of her baby.

Knowing that this could bring Max, and thus Abi, back to the Square, Rainie relayed her discovery to Jack Branning (Scott Maslen), who vowed to get to the bottom of things.

Will Jack and Rainie expose the truth about Linda’s baby? If so, will Max return to the Square?

Or can we all just hope and pray that a last-minute retcon will reveal the baby to be Mick’s?

EastEnders continues Friday September 10 at 8:05pm on BBC One.