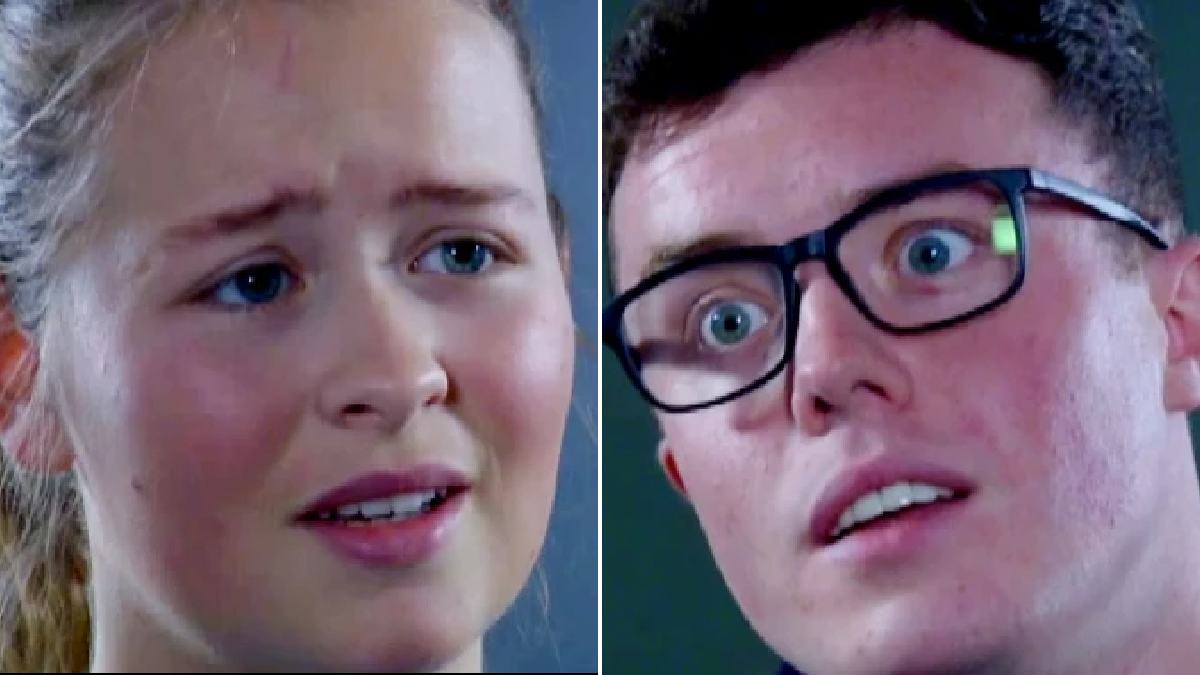 Vinny Dingle (Bradley Johnson) turned detective in tonight’s episodes of Emmerdale as he became determined to find out who was really responsible for Ben’s murder.

Aware Liv (Isobel Steele) is wrongly in prison, Vinny is convinced he can find enough evidence to free her.

Tonight, his investigation continued as viewers discovered he had put together an incident board on the recent murders and deaths in the village.

With newspaper clippings, post-it notes and photographs all over the board, Vinny started to realise one person’s name was regularly cropping up – Meena.

Visiting Liv, Vinny put forward his theory, telling her that Jacob (Joe-Warren Plant) wondered if Meena was responsible for stealing the pride tin, and knew she was with Billy (Jay Kontzle) the same time Ben phoned him about the survival footage CCTV.

Meanwhile, aware Samson (Sam Hall) had Leanna’s ring, Meena had broken in and was hiding, waiting to steal it back.

Alone in the house, Meena claimed the ring and found Vinny’s murder board.

Meena chuckled, aware Vinny was very close to the truth – but not close enough.

Sadly, for Vinny, Liv wasn’t confident in his theory, knowing he doesn’t actually have any evidence that could help free her.

Feeling down, Vinny returned home and put the murder board to one side.

Thing is, if Vinny can’t let go of his suspicions, will it lead him to danger?

Could he confront Meena about his theory that she was responsible for Ben’s murder?