Harry & Meghan landed on Netflix on Thursday, and the whole world has been watching and dissecting each episode. The first volume, which consists of three episodes, began by exploring the early stages of the Duke and Duchess of Sussex‘s relationship and later looks at the media coverage surrounding the pair upon their engagement.

But the third episode goes into more detail about the lead-up to their wedding and the difficult time Meghan faced with her dad’s side of the family, including how her niece was advised not to attend and the published pictures of Thomas Markle.

Ashleigh Hale is the biological daughter of Samantha Markle and Meghan’s niece. Originally raised by her paternal grandparents, both Ashleigh and her brother Christopher were adopted by them at a young age.

Ashleigh, who now works as an Immigration Attorney, made a number of appearances in episode three of Harry & Meghan to discuss the close relationship that she had with Meghan.

VIDEO: See the 5 most talked-about clips from episode one of Harry & Meghan 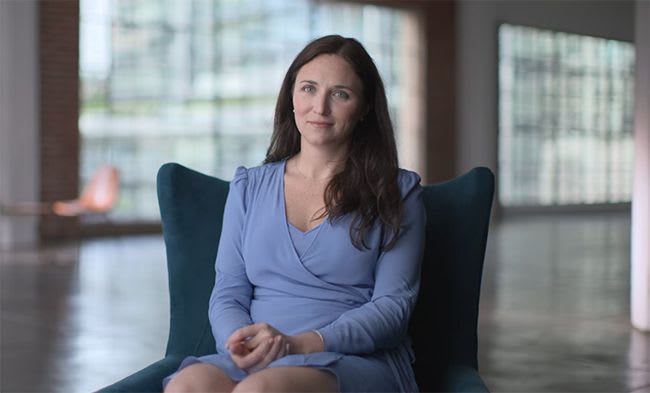 Although the Duchess of Sussex stated she had limited contact with Ashleigh’s mother, Meghan reached out to Ashleigh in 2007 and the two struck up a “sisterly bond”.

“It started out with these long emails back and forth to each other and then texts and calls,” she said, “After a while, I think we were talking on some level, several days a week.” In the documentary, the attorney detailed how they would go on trips together and enjoy nights out with “way too much food and way too many drinks”.

Who appeared in Harry & Meghan?

From her father’s side, Ashleigh Hale was the only member of the family who appeared in the Netflix documentary. In episode three, Meghan opened up about how she was advised Ashleigh not to come to her and Prince Harry’s wedding in 2018, due to the conflicting relationship with Samantha that was being played out in the press at the time. Meghan said how it was “painful” to not have Ashleigh there.

Samantha Markle, also known as Samantha Grant, is Meghan’s half-sister. The pair have faced a somewhat strained relationship since Meghan began dating Prince Harry due to conflicting accounts of the extent of their family history. In Harry & Meghan, the Duchess of Sussex said that, despite what Samantha has publicly said in the past, the pair had not seen each other for many years. In a candid confession, the mum-of-two claimed that she doesn’t know Samantha’s middle name or date of birth.

Samantha, who works as an author and screenwriter, has since responded to these claims made in the documentary. Appearing on TalkTV with Piers Morgan, she said: “I felt like she was manipulating my daughter, and that’s really sad because my daughter seemingly was holding a grudge and feeling like I was the reason she couldn’t come to the wedding.”

Neither Samantha nor Thomas Markle Jr appeared in the documentary

Thomas Markle is Meghan’s father who worked as a television lighting director and director of photography. During his career, he worked on shows such as General Hospital and Married with Children. He was married to Meghan’s mother, Doria Ragland, from 1979 until 1987.

Thomas did not feature in the documentary, but his relationship with his daughter was discussed. While detailing the story behind why her dad did not come to the wedding, Meghan revealed that she was in contact with her father after a number of photographs of Thomas were published in the press.

After confronting him, Meghan explained how he denied they were staged before admitting that she said to a friend at the time: “I don’t know why but I don’t believe him.”

MORE: Harry and Meghan’s Netflix series: Everything they said about Princess Kate

Harry & Meghan is on Netflix now

Towards the end of the episode, Harry admitted his sadness at Meghan and her father, Thomas, no longer having contact. The Duke of Sussex said he “shouldered” the breakdown of their relationship before stating: “If Meg wasn’t with me, he would still be her dad.”

Thomas Markle Jnr is Meghan Markle’s half-sister and Thomas Markle’s only son. Thomas also spoke out about the documentary, particularly in response to Harry’s claim that Meghan “now doesn’t have a father.”

He told Piers Morgan: “I think it’s horrible. The documentary is so far off on so many different levels, it’s really a little bit disturbing.”