The Harry Potter actress revealed some of the more challenging moments in a world away from Hogwarts as she proved she really is the gift that keeps on giving for daytime telly.

Speaking to Phillip Schofield and Holly Willoughby on Monday’s episode of the ITV show, she said: ‘It was audio, not visual. I did it on a microphone – with, no, at a microphone.

‘Sexy Sonya: Leaves From My Schoolgirl Diary – it was just a nasty episode which people could take home and pleasure themselves with.

‘I found it exhausting, because you have to keep breathing heavily to simulate orgasm – as many women have to anyway. I found it very exhausting. I came home with a headache.

‘I don’t know what the engineer thought! I put my whole soul into it.’ 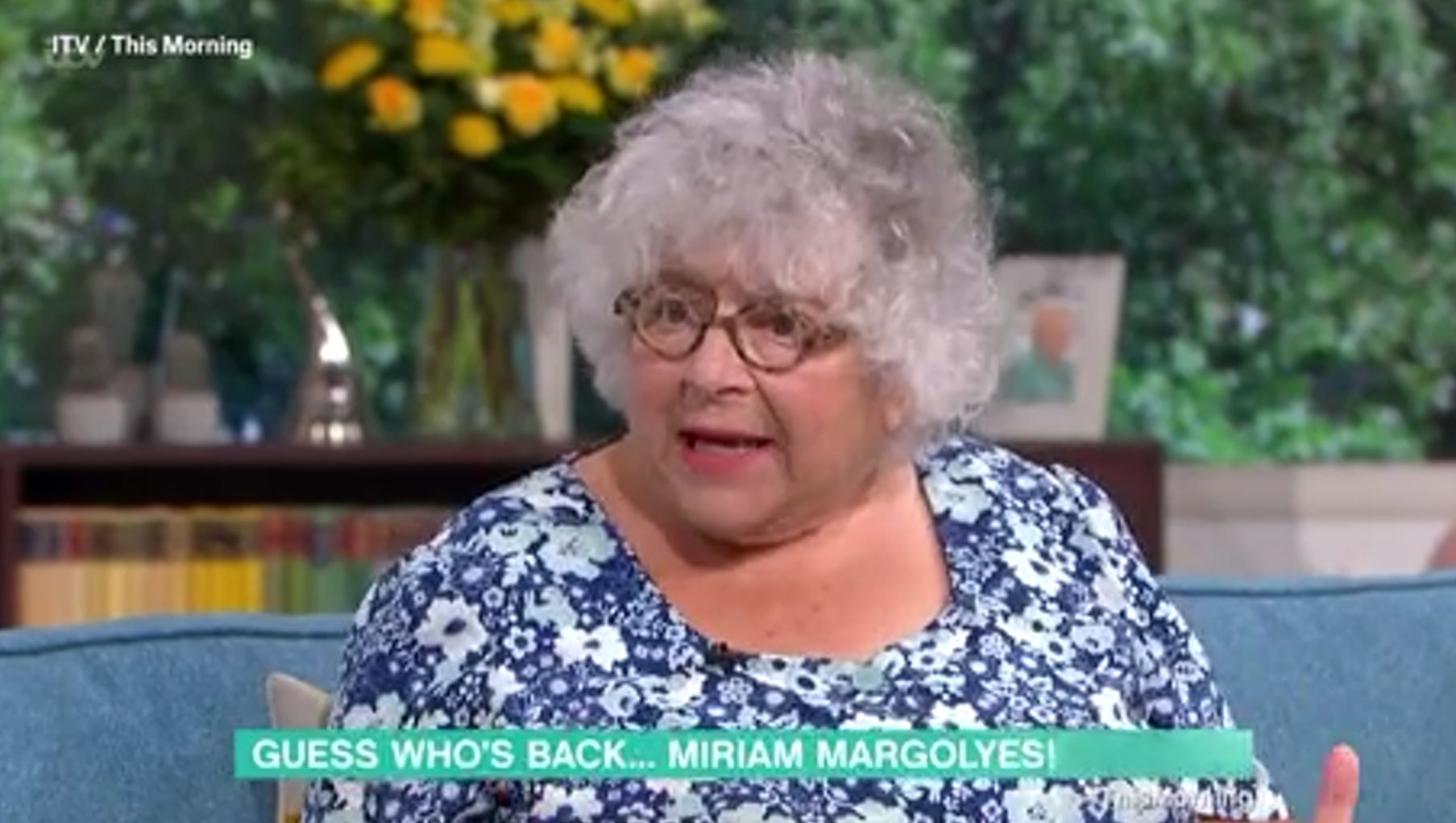 Holly and Phil were left in stitches laughing at Miriam’s tale, which came after she dropped a four letter word just after midday on national television.

The 81-year-old star just caught herself as she was about to swear, insisting: ‘Ooh I have to watch myself!’

Phil insisted everyone ‘loves it when you just let rip’, but Miriam explained she doesn’t like to ‘upset’ people with bad language, but in the process she dropped an expletive at the most perfect time.

‘It upsets some people, and I don’t want to upset people because the whole this is, life is s**t at the moment, it really is, it’s terrible,’ she said, as Phil and Holly burst out laughing and gave a quick apology to viewers.

‘Oh,’ Miriam added, realising what she’d done as the hosts howled at her mishap. ‘I’ve let myself down, sorry. I just want to make people happy! I apologise to everybody for that word!’

She also had a hilarious moment while talking about personal hygiene, and admitted during her research interview she told a This Morning crew member to make sure he was washing ‘everywhere’, including between his legs.