SUPERMODEL Winnie Harlow has been slammed by fans after appearing to moan about taking an economy flight.

The America's Next Top Model star posted a photo on Instagram of her napping in economy seats, saying she had to "give up business class" in order to get to her destination. 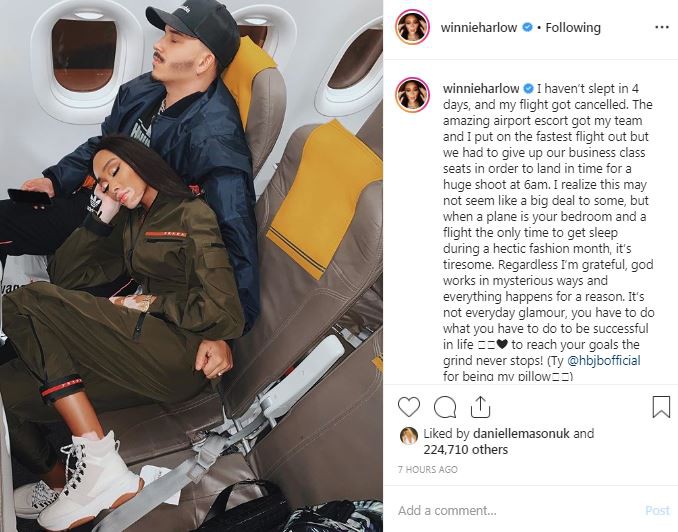 However, the post didn't go down well with fans – with some pointing out the 25-year-old had her feet up and was wearing a Prada tracksuit.

Winnie captioned it: "I haven't slept in 4 days, and my flight got cancelled.

"The amazing airport escort got my team and I put on the fastest flight out but we had to give up our business class seats in order to land in time for a huge shoot at 6am. 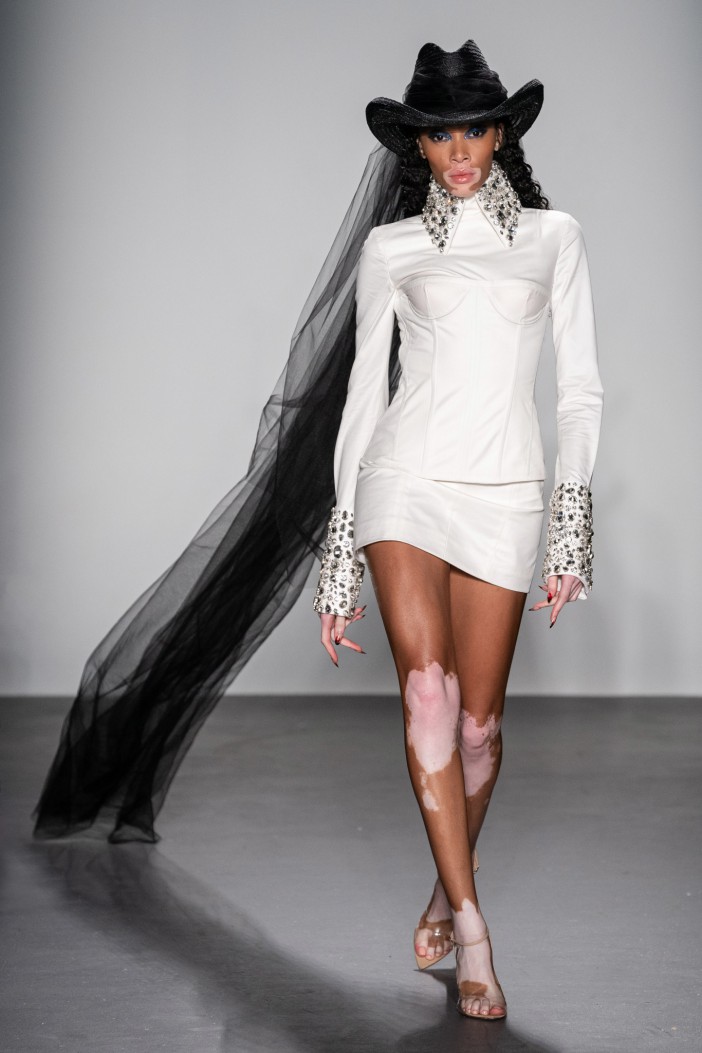 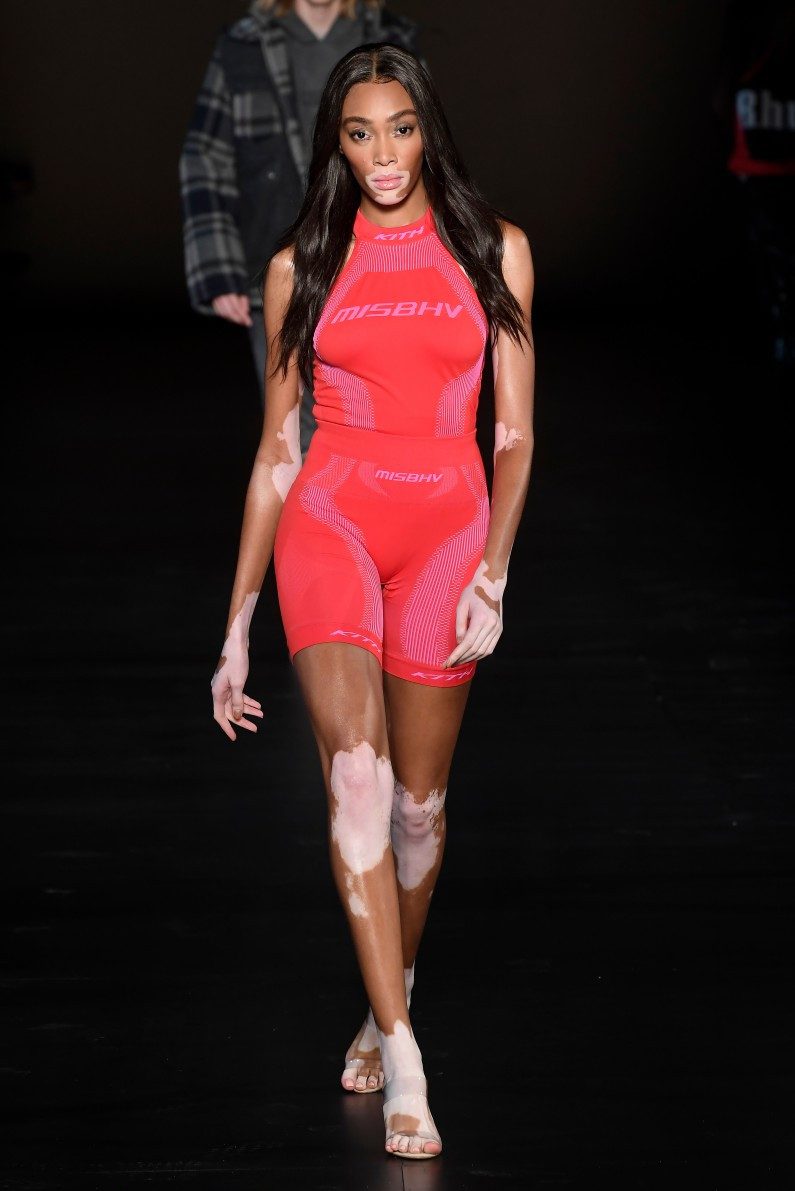 "I realize this may not seem like a big deal to some, but when a plane is your bedroom and a flight the only time to get sleep during a hectic fashion month, it's tiresome.

"Regardless I'm grateful, god works in mysterious ways and everything happens for a reason.

She then thanks her companion for using him as a pillow.

Some followers took issue with the fact the Canadian model appeared to be moaning about flying economy when that's something most people do when they fly. 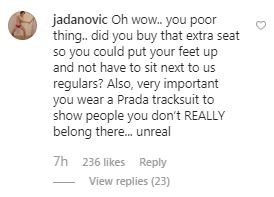 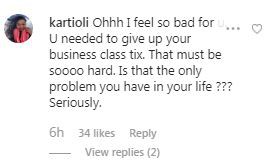 One person wrote: "People ride in those seats everyday so this really isn't a big deal but ok."

Another added: "Oh wow.. you poor thing.. did you buy that extra seat so you could put your feet up and not have to sit next to us regulars? Also, very important you wear a Prada tracksuit to show people you don't REALLY belong there… unreal."

A third joked: "And they say Nurses have it tough.."

Winnie's currently jetting around the world for the various fashion weeks. 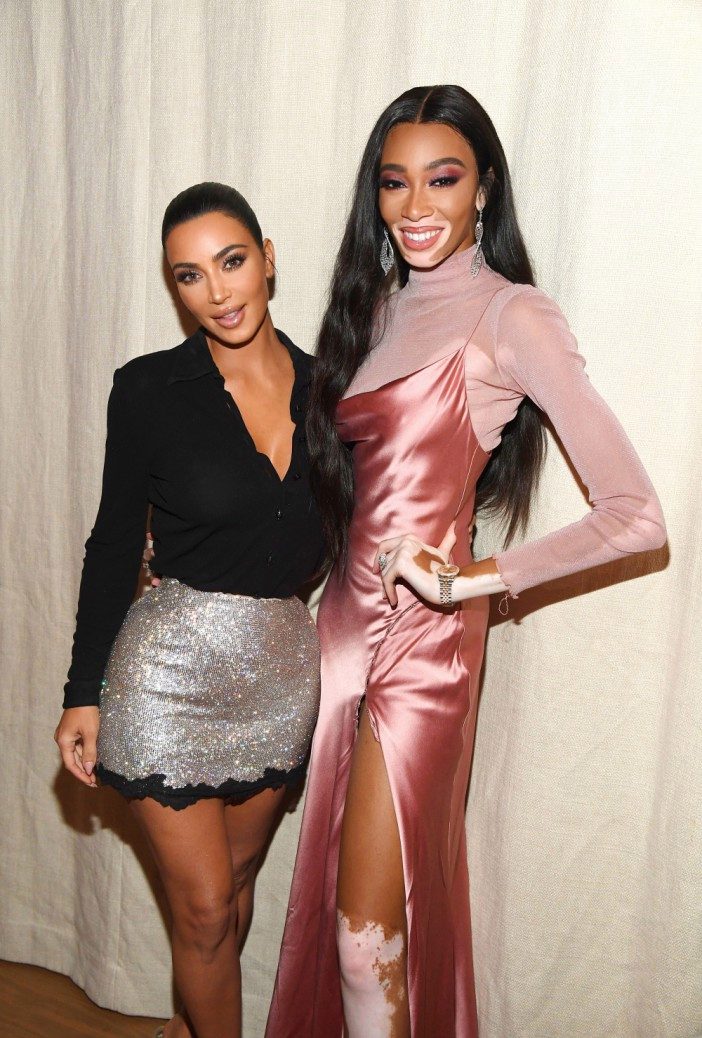 Her flight took her from Milan to Barcelona.

After the backlash, the star took to Instagram again to defend herself.

She wrote in a second caption: "Hmm 'bemoaning'.. not Winnie Harlow is grateful for being able to get on a flight period because of the amazing work of of the people in the airport? All you took was 'had to give up business class flight'.

"This whole 'woah is me' take is sickening. Me not flying in business is a statement, not a moan. If the class mattered, I could've waited for the next availability.

"If I can post pictures in business class and be proud, I can also take pictures in coach and be proud. Proud that making it to work is more important to me than how I got there."

The model shot to fame on the twenty-first season of America's Next Top Model, where she was the second contestant to leave.

She finished sixth in a later series for eliminated contestants.

Winnie is also known for embracing her skin condition known as vitiligo, which she was diagnosed with at age four.

The model recently collaborated with Kim Kardashian to launch the KKW Beauty line.