The iconic LGBTQ drama created by Russell T Davies has been adapted for the States for a second time, this time for streaming service Peacock. Ahead of the series launching on StarzPlay in the UK, Express.co.uk caught up with two members of the Queer as Folk cast to discuss the horrific tragedy which kicks off the American revamp.

Jesse James Keitel, who portrays Ruthie in the new series, revealed her reunion with partner Shar (played by CG) after escaping from a nightclub shooting was one of the most difficult parts of the series to film.

The first episode of the latest version of Queer as Folk, created by Stephen Dunn, begins with many of the show’s characters gathering at a queer nightclub, the Babylon.

The Babylon’s guests are terrorised by a mass shooting which tragically kills a number of their friends, including Brodie (Devin Way) and Ruthie’s friend, Daddius (Chris Renfro).

Meanwhile, Shar is waiting for Ruthie in the hospital, where they are about to give birth to their first child together. 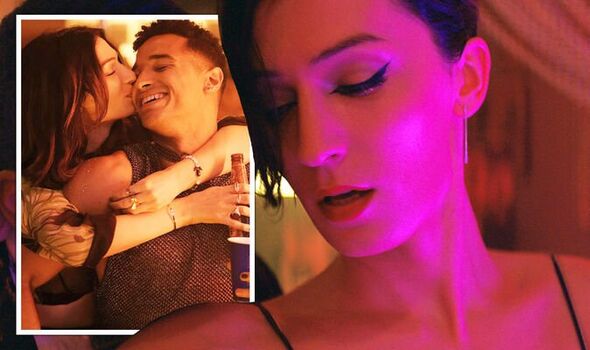 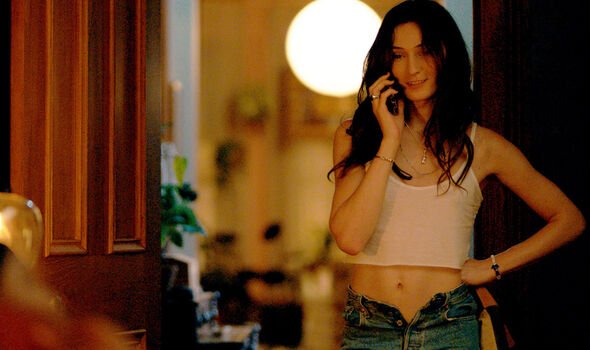 “That was probably the hardest scene to film, in the hospital,” Jesse told Express.co.uk.

Experiencing two life-changing moments in a single night will undoubtedly have a ripple effect on their relationship going forward.

Queer as Folk will be available to UK viewers in its entirety on July 1, so fans will be able to binge the whole series to discover where the couple find themselves at the end of the first eight episodes. 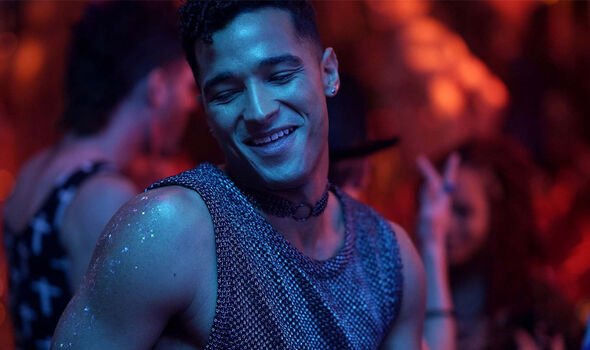 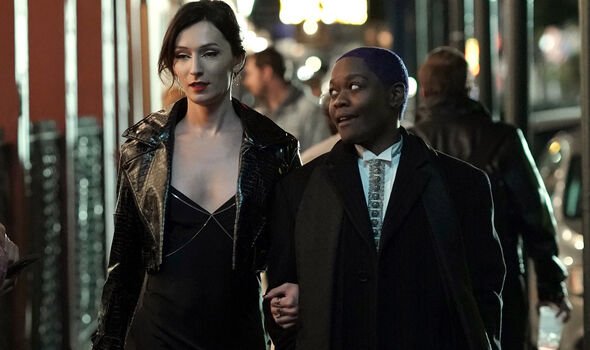 For now, Ruthie has shared a concerning premonition about how the Babylon shooting and the death of their friends will take its toll.

She explained: “But in actuality, that’s life. When we walk through the world we contain multitudes.

“We contain the good and the bad of our life and our world around us. So how does that impact our characters’ relationship?

“It’s complicated. We’re both pulling apart and trying to get closer, and failing at both.”

Unfortunately, viewers soon realise the shooting might have had a greater impact on Ruthie than she initially lets on.

“They have this family that they’re starting, and you really hope everybody is on the same page.

“As the series goes on, honestly, as soon as Ruthie takes the baby in the first episode, you realise, these people are not on the same page.”

While Ruthie is struggling to deal with the tragedy she witnessed up close, Shar starts to develop trauma of their own as the guilt of not being there for their partner and friends begins to creep in.

CG went on: “You throw in this terrible moment and now you have this other force that literally rips them off the same page as well because Shar wasn’t there for that.

“There’s a bit of that survivor’s guilt of, like, ‘Wow, I’m literally bringing life into the world while people that I love around here are being taken out of the world’.

“That is a very odd feeling, but it feels like you can’t really stay in that too long because you do have these lives to take care of, and you have this partner who was almost one of those people.”

Hopefully, Shar and Ruthie can overcome this earth-shattering series of events and pull their relationship together, but it’s clear their lives won’t ever be the same by the end of Queer as Folk’s first season.

Queer as Folk season 1 will be released on Friday, July 1 on StarzPlay in the UK.