Narcos Mexico season two was the latest of the Narcos series to air on Netflix as it followed the story of drug cartel leader Felix Gallardo (played by Diego Luna). However, ever since Narcos first aired in 2015, the show has featured many real-life figures involved in drug trafficking and cartels. Here’s what you need to know about whether any of the actors actually met the people they were playing.

Have any of the Narcos cast met their real-life counterparts?

Pedro Pascal played DEA agent Javier Pena in the original seasons of Narcos, who was a real-life investigator working on the Pablo Escabar case.

Pascal met Pena ahead of the first season of the show when the real agent showed him photographs of his time in Colombia.

He told Metro.co.uk: “I was too shy to ask him what kinds of stuff really went on.

“He was completely hands-off and I think we just had a mutual respect and admiration for one another.

“The next time I saw him was when the first season came out and he was happy, and that’s all I needed to know. He liked [how] Javier was kind of a ladies man in season one.” 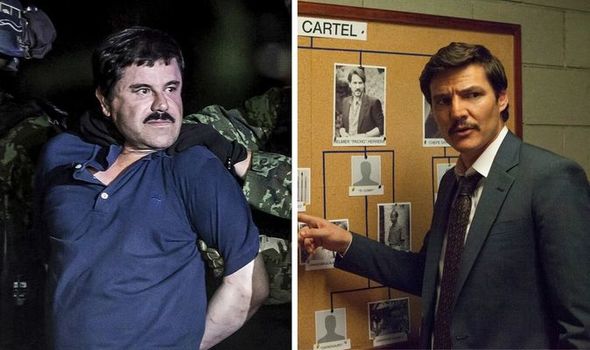 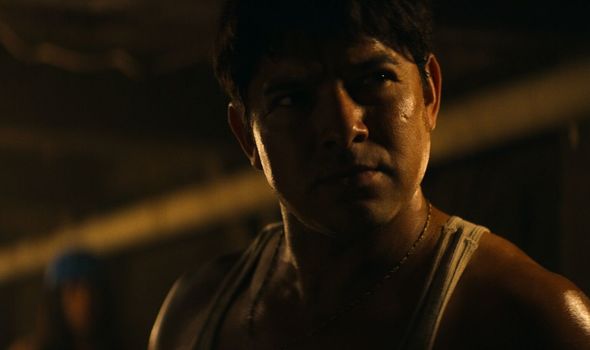 In season two of Narcos Mexico, Mimi Webb (Sosie Bacon) was introduced to the narrative of the show.

She was married to Pablo Acosta (Gerardo Taracena) who was thinking about helping the DEA agents in the second outing.

The real Mimi Webb was a consultant on the series and actor Sosie Bacon spent some time with her while she prepared for filming, visiting her West Texas hotel.

Speaking to Refinery29, Bacon said: “I ended up spending like three or four days with her just hanging out and talking.

“We drove around and I met her friends, and our dogs were together. We had an amazing time and I got to know her so well.” 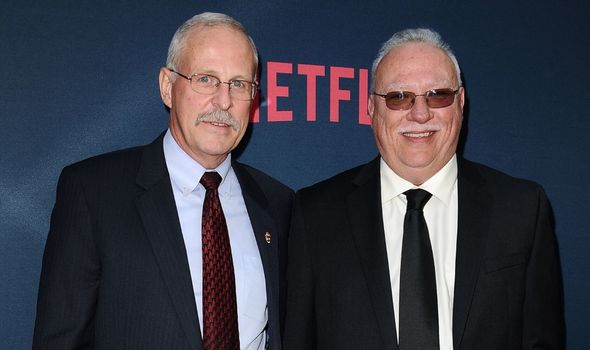 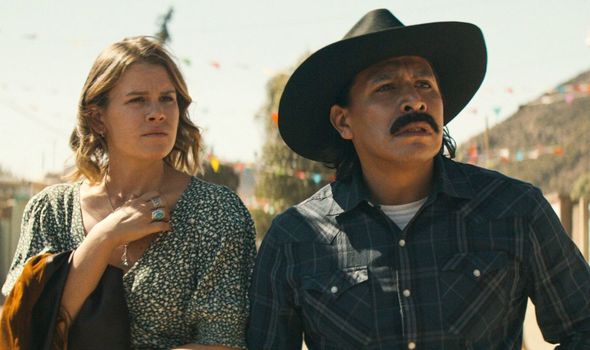 Alejandro Edda has played El Chapo in the Netflix series since the first episode of Narcos: Mexico.

While Edda never actually met Joaquín ‘El Chapo’ Guzmán, he did visit federal court in 2019 to see him in person.

According to CNN at his trial in New York, Edda spoke to Guzmán’s attorneys and when the Mexican drug lord entered the court, he made eye contact with the actor, gave him a smile and nodded.

Speaking to CNN Edda said: “It’s a rare opportunity. What else could be better than to see the man in real life, learn his mannerisms.”

During the filming of the first season, the real Murphy and his wife visited the set for a few days.

Holbrook told Build about this: “I think Steve was just tickled for everything to happen.

“Once the show came out and obviously with everyone enjoying it so much I think it made him that much more engaged.

“I was terrified at the beginning to play someone real but at one point I just had to give that away and just do my own thing.”

One actor who refused to meet with his real-life counterpart was Diego Luna who played drug lord Felix Gallardo in Narcos Mexico seasons one and two.

Speaking to Entertainment Tonight, the actor revealed how he would try to ignore any requests to speak to him or those around him if they came.

He explained: “If that ever happens, I will try to ignore it as much as possible.

“It’s not something I need to know. To me, the purpose of doing this is what can be said about the big picture.

“I’m not here to give you a take or an angle no one has seen before, because that would be pretentious.”

Narcos Mexico season 2 is available to stream now on Netflix.