Ellie Bishop (played by Emily Wickersham) and Nick Torres (Wilmer Valderrama) are a couple that many NCIS fans are ‘shipping’, but so far there has been no signs of them having a relationship. NCIS season 17, however, could change this if a hint in the latest series finale is anything to go by. CBS and FOX will air NCIS season 17 this autumn, meaning fans will soon know if Bishop and Torres will get together.

Will Bishop and Torres have a relationship?

The NCIS showrunners seem to be subtly suggesting that Bishop and Torres will get together in season 17.

The finale of season 16 of the CBS show gave NCIS fans one of the biggest hints yet that the pair could soon share a romance.

In that episode, Bishop, Torres and Kasie Hines (Diona Reasonover) watch as Fornell (Joe Spano) rages at the drug dealers who hospitalised his daughter.

Kasie then points out that Torres would “feel the same” if Bishop was hospitalised.

WILL THERE BE ANOTHER SERIES OF NCIS? 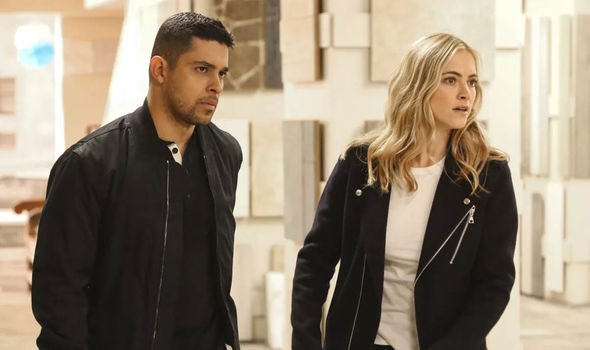 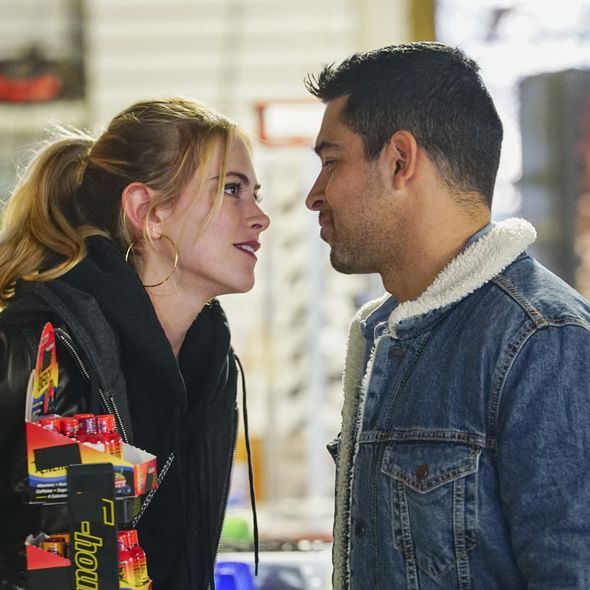 This suggests that Torres has such strong feelings toward Bishop that he sees her as a daughter – or maybe something else.

This scene seems to suggest that the two may soon make their feelings known and the couple may become the next Ziva David (Cote de Pablo) and Tony DiNozzo (Michael Weatherley).

With Ziva David returning for a guest arc in NCIS season 17, fans are sure to get a scene when Ziva meets her replacement Ellie.

NCIS could then conceivably see Ziva tell Ellie to act on her feelings as she did with Tony before her self-imposed exile.

IS ZIVA DAVID RETURNING TO NCIS? 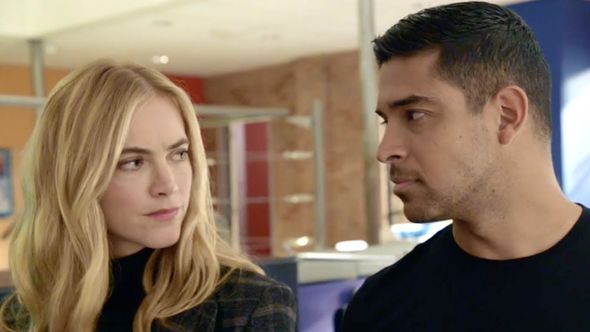 If NCIS bosses decide to go in this direction, this would be a full-circle moment for the series, as Tony and Ziva’s replacements get together much as Tony and Ziva did.

This would certainly be a popular plot with many NCIS fans, who even have a couple name for Bishop and Torres: Ellick.

Ellick is a portmanteau of the two characters’ first names, Ellie and Nick.

The first character to point out the attraction between Bishop and Torres was actually Tony’s father, Anthony DiNozzo Senior (Robert Wagner) way back in season 15.

WILL ZIVA TEAM UP WITH JACK SLOANE IN NCIS SEASON 17? 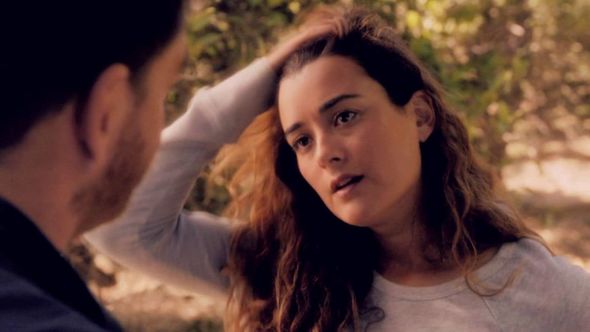 Also in NCIS season 15, Bishop and Torres went undercover as a criminal couple and got very in to pretending to be together.

This was one of the first times the couple got compared to Tony and Ziva, who similarly went undercover as a couple in NCIS season three.

However, we will not know whether Torres and Bishop are to get together until NCIS season 17 returns.

CBS has given NCIS season 17 a release date of Tuesday, September 24, with the series due to start a few weeks later on FOX in the UK.

NCIS season 17 is coming soon to CBS and FOX