NCIS star Wilmer Valderrama (Nick Torres) says that the CBS naval procedural has “so many things to talk about” when season 18 premieres in November. Not only do they have a lot to reflect on during a year filled with civil unrest and fights for justice, the show also has big plans for its characters on a personal level. Valderrama promises fans that they will learn more about his character’s past this season. But, will Torres’ future include a romance with Eleanor Bishop (Emily Wickersham)? 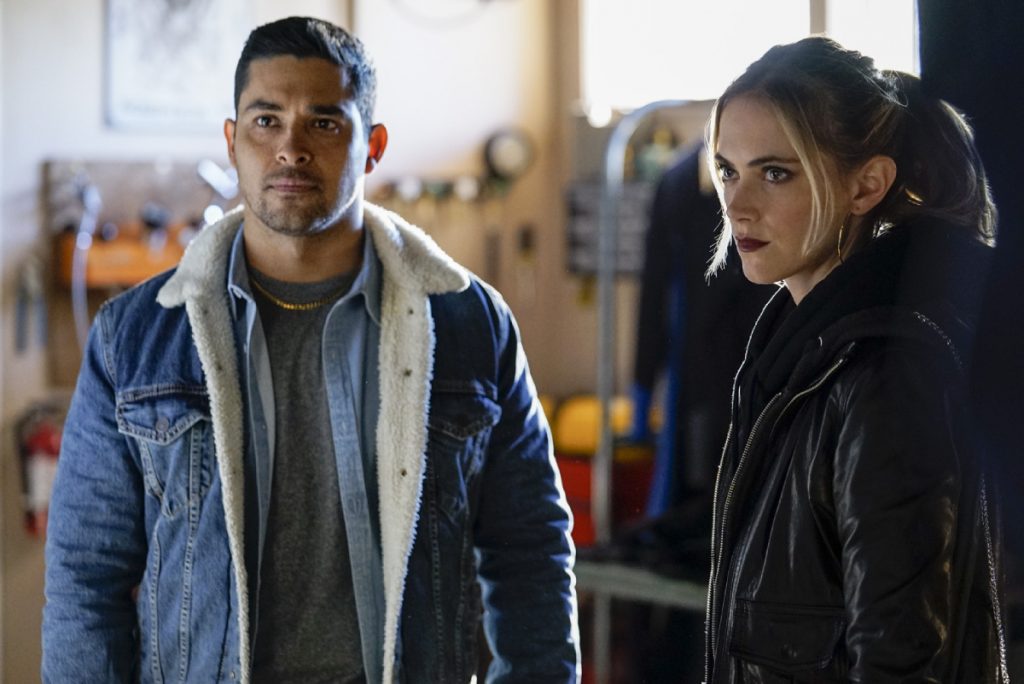 As Screen Rant notes, Torres has been a main character on NCIS for four seasons. But, there is still plenty of mystery surrounding the character. The only things fans really know about Torres is that he worked undercover for eight years and he has a sister and niece.

One of those undercover missions resulted in a car bomb killing his brother-in-law. Fans also know that his father abandoned his family when Torres’ was very young.

Valderrama says that he doesn’t know what’s in store for any of the other NCIS characters. But for Torres, fans will find out “so much more about his past” in season 18.

“This season is going to really focus a lot on where he really came from, what was his upbringing and his family,” Valderrama revealed. “So we’re going to learn a little bit more about his family since Torres has been such a mystery to the audience for the last four years. It’s going to be fun to peel some of the layers off and really give the audience a little bit more justification of why he is the way he is.”

The That 70’s Show alum admits that finding out more about Torres is exciting for him as an actor. He wants to “play those layers.” He also wants to play the peeling of those layers and become more vulnerable.

Valderrama says that’s what brings Torres closer to the other characters. Digging deeper into Torres’ character and his past could also give fans some insight into why the character is so stubborn and unpredictable.

The 40-year-old also discussed how NCIS will portray “certain stories” when they return to television. As a show that deals with law enforcement and the legal system, the actor says that NCIS will be “very thoughtful and very responsible” in the current political climate.

Valderrama noted that the exploration of relationships within the characters is something that’s always a mystery. But now they are working on “doing something different.”

“I certainly don’t think that we will do something the show has seen before,” Valderrama added.

One of the biggest questions in season 18 is about Torres’ relationship with Bishop. The two have gotten closer over the years, and it’s pretty clear they have feelings for each other. Will their relationship turn into a full blown romance?

As fans know, Special Agent Leroy Gibbs (Mark Harmon) has a list of rules, with Rule 12 being “never date a coworker.” None of the teammates have dated each other during the first 17 seasons.

McGee (Sean Murray) did briefly date forensic scientist Abby Sciuto (Pauley Perrette) way back in season 1. And there was plenty of will they/won’t they drama between Tony DiNozzo (Michael Weatherly) and Ziva David (Cote de Pablo) before they eventually got together. But other than that, the team has kept things professional.

It appears that NCIS is setting up Bishop and Torres to be “Tiva 2.0.” But as Express points out, season 18 might not be the right time for a romance to blossom. CBS has just revealed that they trimmed their order down to 16 episodes.

Showrunners have already said that the first five episodes will jump back one year to explore Gibbs’ mysterious season 17 mission. There will also be special episode number 400 that jumps even further back in time so fans can see how Gibbs met Ducky (David McCollum).

By the time they get back to the present day, Valderrama says they are diving into Torres’ past. Will there be time for a romance? Fans will have to wait and see.