New Amsterdam fans were shocked when a chemical spill caused havoc at the hospital in the latest season three episode. Helen Sharpe (played by Freema Agyeman) had found Max clutching at the leaking pipe in a bid to slow the damage. Viewers were shocked to discover he had lost his sight and Helen raced him straight to the decontamination shower.

Thankfully Helen was able to save Max and she stayed by his bedside until he woke up, but he had no memory of what happened.

In an emotional moment, he told Helen she mattered to him more than anything, and fans were left in tears.

Fans had been rooting for the pair to officially get together for a long time, and the buildup has played out across three seasons.

Executive producer David Schulner told TVLine he felt it was time for Max to take the next step with Helen, yet she had been distracted.

Fans are worried Max will leave the series after season three, but there is no sign of him saying goodbye just yet.

The chemical spill was a clever way to bring Max and Helen closer together, and this storyline will continue to develop as the custody of Luna (Nora and Opal Clow) unfolds. 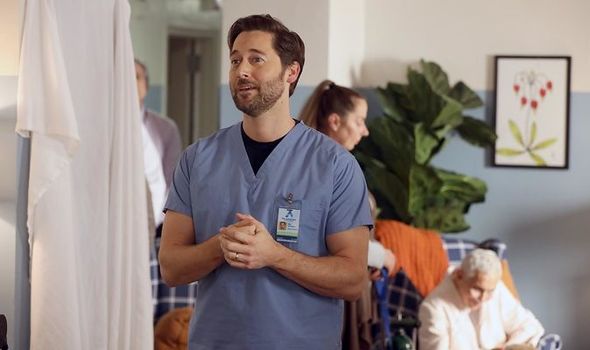 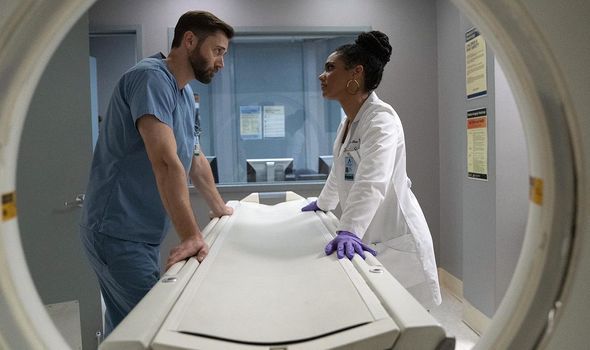 Back in January 2021, New Amsterdam was renewed for three more seasons, so there’s no reason to expect Ryan to exit the show anytime soon.

Fans are worried that something will happen to Max now he has finally started to establish a romantic relationship with Helen.

They took to Twitter to discuss the latest plot twist, with one saying: “#NewAmsterdam writers ain’t gone give us the kiss until the season finale leaving on cliffhanger cause max and Helen both already expressed their feelings.” [Sic]

Another said: “It’s too early in the morning to be crying my eyes out. Another amazing episode. So glad Dr.Bloom, and Max are not blind. Do not want Max in laws to fill for custody of Luna.” 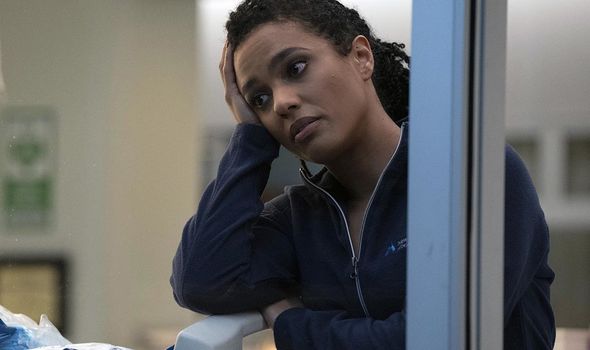 Fans can only hope the pair are able to continue working on their relationship without any more obstacles.

However, there is a chance the storyline will play out across a number of episodes, leaving fans feeling frustrated.

Hopefully, by the season finale, they will have another special moment together, and may even share a kiss.

The latest episode marked one of the first times they have been alone together in the same space.

Viewers were rooting for them to share a special moment, but they were interrupted at the worst time. 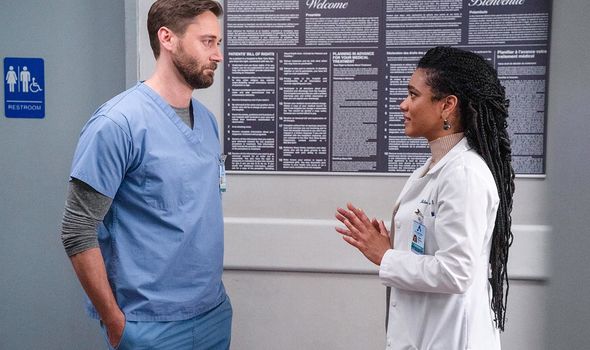 Another fan said on Twitter: “Not only did the grandparents interrupt max and helen kiss but they want to file for luna’s custody when he just nearly ******* died what the actual hell #NewAmsterdam.”

Another added: “At least the next episode after max handles his wiling in-laws max & helen deffo can avoid the fact they were both leaning into that kiss.

“It’s not a will they won’t they now it’s deffo a when will they? #NewAmsterdam.” [Sic]

There is a chance Max will have to choose between his relationship with Helen and his fight for Luna at some stage.

One fan said: “I do not have words to describe how invested I am in Max and Helen. #NewAmsterdam.”

Another said: “The chemistry between Helen and Max stopped my heart for a few seconds in 216 #sharpwin #newamsterdam.”

A final viewer added: “Hopefully next week episode will bring Max and Helen super close that they will forget about their pride n so called “friendship” and actually act like husband and wife 4 once. So help us Lord. #Sharpwin #NewAmsterdam.”