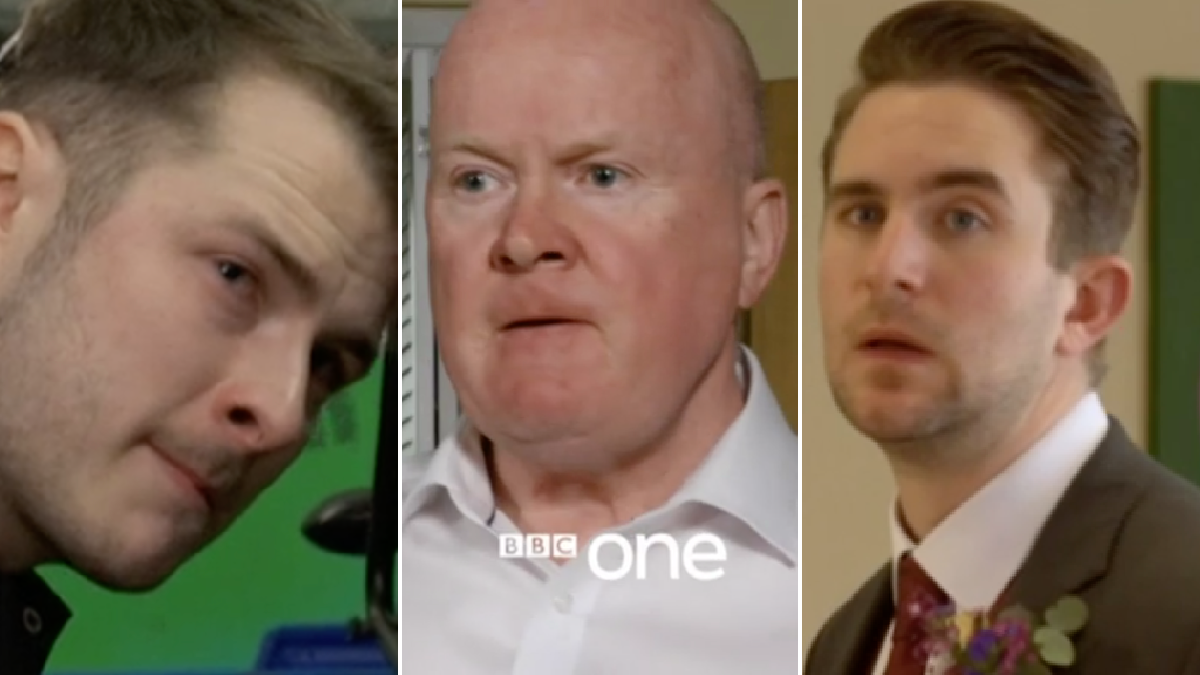 EastEnders has given fans a first-look at Ben Mitchell (Max Bowden) and Callum Highway’s (Tony Clay) wedding via a brand new trailer.

The short-clip – which aired numerous times on BBC One this morning – teases the conflict between the two lovers, after Callum admits to working undercover to bring Phil Mitchell (Steve McFadden) down.

‘It’s over!’, exclaims Ben, in the wake of his boyfriend’s betrayal.

Callum doesn’t seem to think so, however, as some of the footage which features in the short clip sees the young man all suited and booted – hoping and praying that his fiancé will turn up to put a ring on his finger.

It appears as if Ben’s absence will be the least of his worries, however, as Phil seemingly gets wind of his betrayal!

Will he seek revenge?

Will Phil commit murder on the wedding day?

What’s more, will Ben show up at the altar and marry the love of his life? And either way, will it all end in tragedy?

EastEnders airs these scenes w/c Monday May 3 and May 10 on BBC One.