During Tuesday’s This Morning, hosts Eamonn Holmes and Ruth Langsford discussed the latest news headlines with radio host Nick Ferrari and Vanessa Feltz. During the segment, they discussed Boris Johnson’s roadmap out of lockdown, which will see beauty salons, beer gardens and non-essential shops re-opening next week. However, Nick was quick to bring up the fact that tourists are allowed to travel into the UK, yet Brits will be faced with a hefty fine if they want to leave the country.

“People will arrive in this country today, tourists from overseas,” he began.

“You try and leave this country and you face a £5,000 fine. It doesn’t seem like a level playing field Eamonn.”

Nick continued: “I’ve checked myself for saying holidays though because of the number of callers I’ve had.

“It’s foreign travel and I’ve had people telling me they’ve lost relatives. They’ve not been able to go and see their dad although their mother has sadly died in India or in Spain or wherever it might be.” 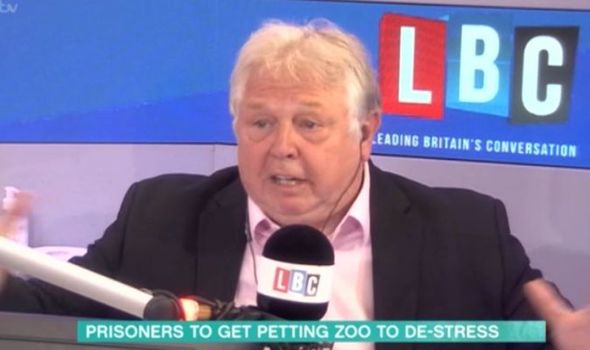 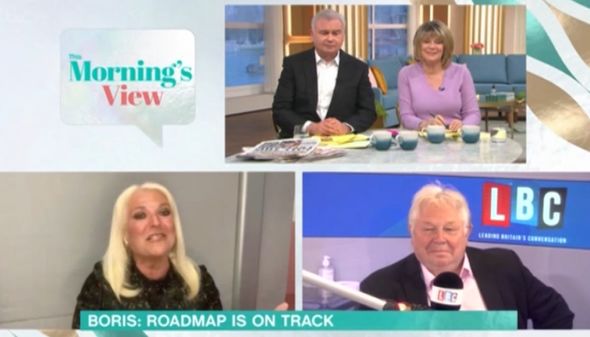 “I think it has to be called foreign travel although, dear lord, we all like to look forward to things and I think if you’ve been able to keep your job and you’ve still got a few quid in the bank,” he added.

“The idea that you could take your husband, your wife, your kids and actually get away and sit on a beach is a glorious prospect.

“It’s always got to be difficult. We will go for this traffic light system, what I don’t understand is if you’re sitting on a beach in Portugal and suddenly the light goes from green to amber, what are meant to do? Scramble for the airport?

“We have got to resolve it but it’s never going to be easy. More news on that apparently more news next week.” 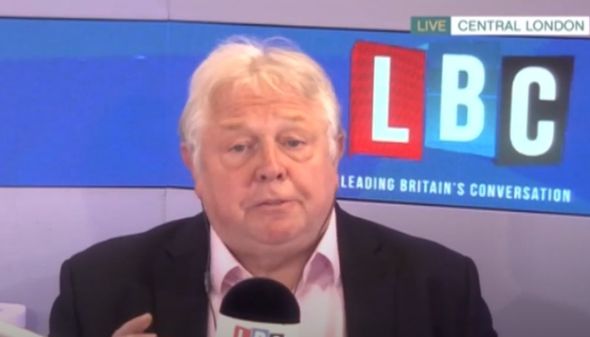 The segment certainly caused a stir with This Morning viewers, with one tweeting: “So 8,000 people come into the UK on a daily basis and we have restrictions in place not to travel abroad?

“Third-wave incoming, Absolutely ludicrous to open the country up when both jabs have been proven to not give 100 percent protection.”

Another tweeted: “These people complaining about not being able to go on holidays need to get a grip! I am one of four and my family has never been on a holiday abroad or within the UK. We are all adults now and still don’t even own a passport.’

A third said: “I think people want the certainty that they will be able to travel rather than book and hope that you get a refund or are allowed to move it. It’s not worth booking one at the moment.”

A fourth quizzed: “I found my father last year after a 35-year search, he is elderly (81 this July) & lives in Sardinia. How will the traffic light travel system help us to see each other? This is most important for both of us.”

It comes after it was claimed by Border Force staff over 8,000 tourists are entering the UK every day.

According to The Times, staff manning the British borders claim hundreds of people are still arriving in the UK.

Shadow Justice Secretary, David Lammy said it was “staggering” tourists could travel into the UK despite the Government’s restrictions on Brits travelling out of the UK.

Elsewhere in the discussion, Nick criticised the idea of petting zoos for prisoners in a bid to de-stress them.

Nick did go on: “I know the most important thing is obviously their health.

“But we seem to go as far as we can to help offenders (while) decent folk who are abiding by the rules, who’ve observed lockdown, they can just carry on because they don’t make enough noise.”

This Morning airs daily at 10am on ITV.