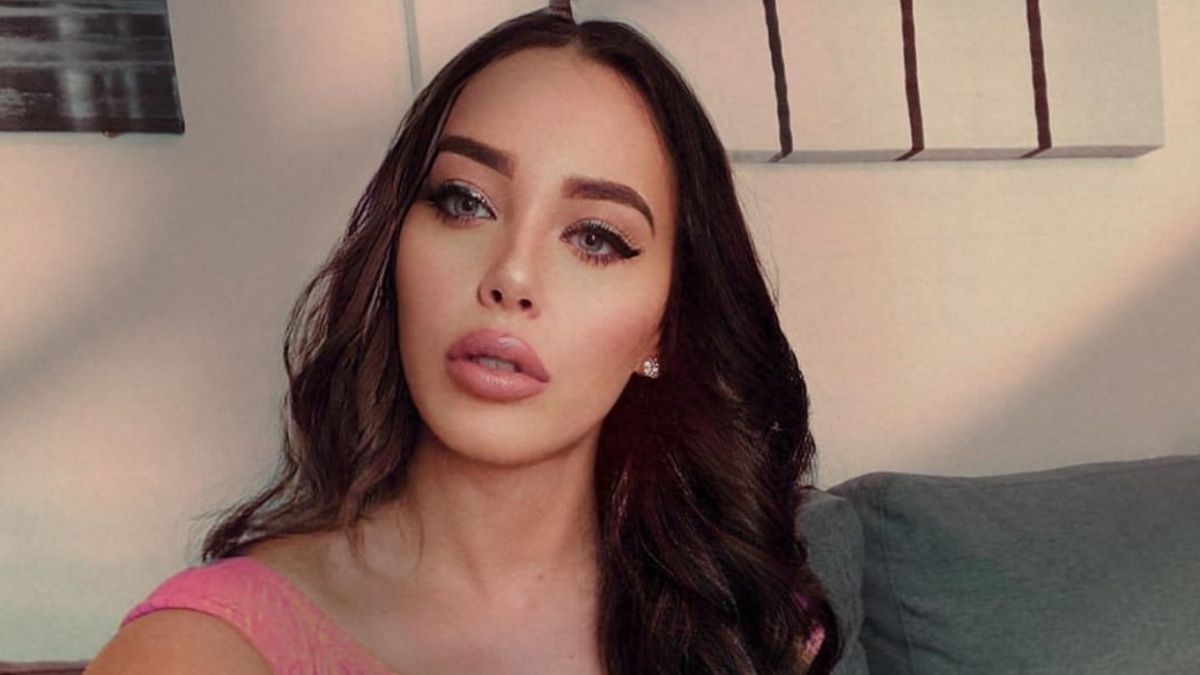 It seems Deavan Clegg is changing the comment she made a few days ago regarding her divorce from Jihoon Lee.

The 90 Day Fiance: The Other Way couple has been going through a myriad of issues on the show this season.

From money woes and trust issues to problems with raising the kids, it seems there was always drama brewing with these two.

Add Deavan’s mother to the mix and the newly married couple didn’t stand much of a chance to build a solid relationship.

By the end of the season news broke that Jihoon and Deavan had called it quits.

The mom-of-two had already moved back to the U.S and already in a new relationship with another Korean native.

But, she is still married to Jihoon Lee.

Deavan has been getting a lot of backlash from viewers for flaunting her relationship on social media before officially getting divorced from her estranged husband.

But yesterday, she defended her actions saying that only Jihoon can file divorce papers and he has yet to do so.

The 24-year-old claimed, “I can’t file, Jihoon can. I’ve asked him for months and months because he knows I can’t.”

“We’ve been separated for over six months and I’ve been pleading,” she added.

Many wondered why the reality TV personality wouldn’t be able to file the papers herself.

And after we did a little research on divorce proceedings in Korea we were left even more confused– as there was nothing that seemed to indicate that she couldn’t file.

Now however, Deavan has changed her tune and is saying something different.

Deavan now says she has filed for divorce

After apparently getting a lot of “hate” regarding her claim about not being able to file for divorce, the 90 Day Fiance alum has changed her statement.

“Woke up to a lot of hate mail,” writes Clegg.

“I want to say this once: I’ve tried to get the divorce finished. Jihoon has not yet signed. I’ve been trying, so everyone leave me alone about that situation.” 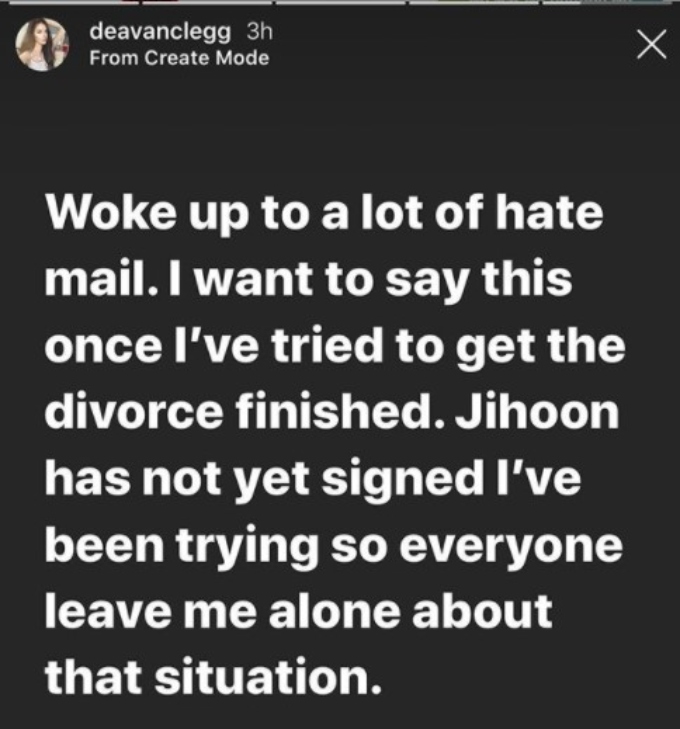 This whole situation is quite confusing. Deavan’s recent comment made it seem as if nothing was underway and she couldnt make any move with the divorce because of Jihoon.

Now she’s saying the divorce proceeding has started and she’s waiting on her estranged husband to sign the papers.

At this point, it’s hard to figure out what’s really going on with these two, but with COVID-19 causing tons of backlog with court cases, Deavan and Jihoon may not officially get divorced anytime soon.

90 Day Fiance: The Other Way is now on hiatus on TLC.