Milk company Oatly has defended itself after coming under fire online for ‘mocking’ the struggles of alcoholism with its new campaign.

The ‘Help Dad’ ads launched during Saturday night’s episode of The Voice, and show kids and teens scolding their parents for continuing to drink cow’s milk, instead of alternatives like Oatly oat milk.

However, viewers were quick to slam the ad and even threaten to boycott the brand completely, believing conversations usually held for those dealing with addiction issues were being depicted and mocked.

In response to one viewers’ concerns and upset, the Oatly team defended the new campaign and wrote: ‘Our aim with this ad is to show a familiar situation that anyone who’s been a teenager can relate to but with the roles reversed. After all, when it comes to the climate and our diets relation to it, it’s often teenagers that are the grownups in the conversation.

‘We don’t believe that by using these father-teenager situations we are undermining the importance of such a serious issue like alcoholism.’

In one of the clips, a father is seen sneaking into the house in the dead of night with a bottle of milk, only to be caught out by his son. 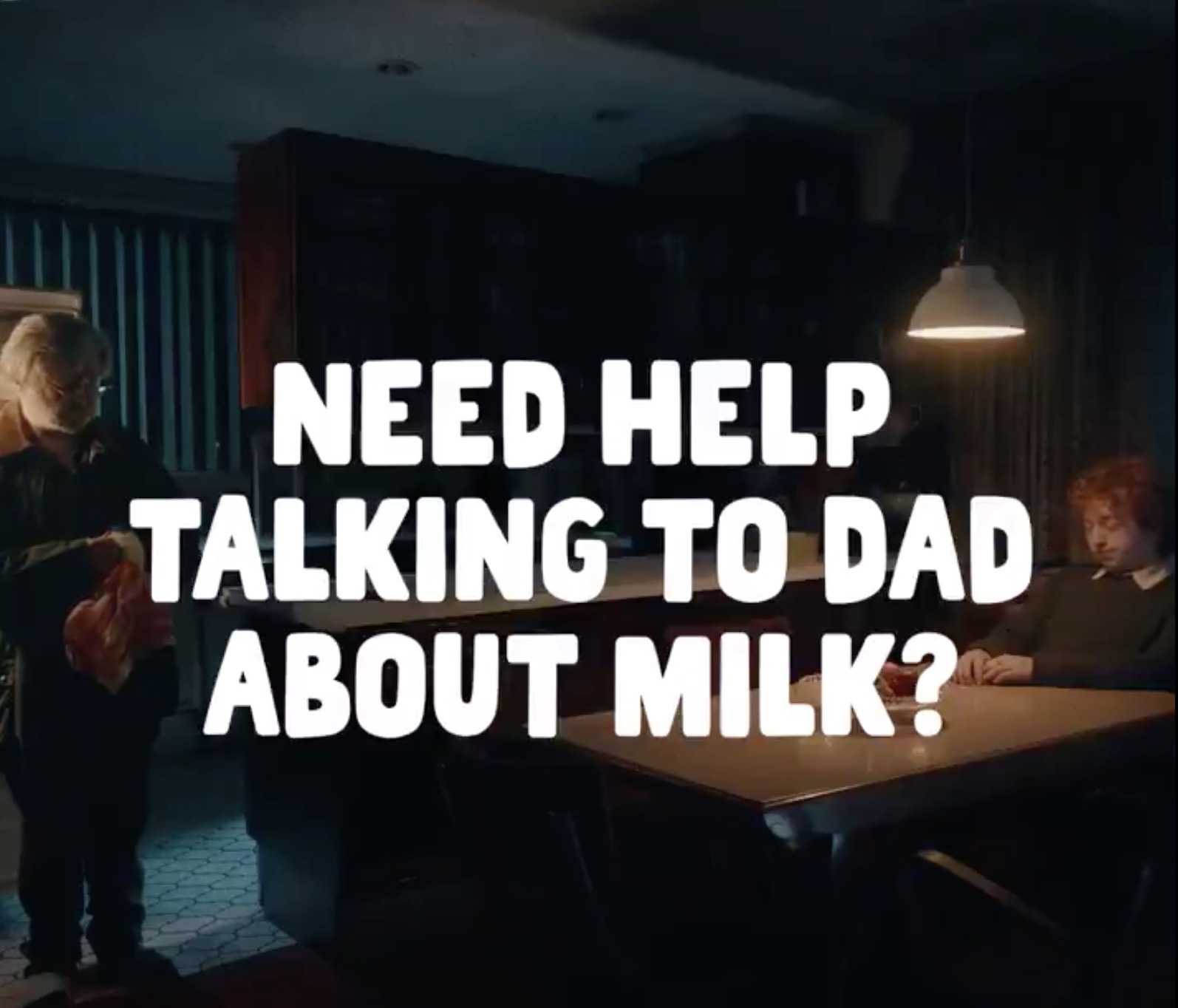 Looking ashamed, the dad is forced to admit he’s brought cow’s milk into the house again, with his son looking on angrily.

In another, a pair of children are seen catching up in the street, with one’s father ‘still having trouble’ with drinking cow’s milk, while a third sees a dad struggle but say no to having milk in his tea, to the pride of his family members.

Each ad ends with a card reading: ‘Need help talking to dad about milk?’ with a link to their website offering statistics and ways to ‘neutralise dad’s argument’.

Original versions launched in Sweden over a month ago.

‘Is your advert riffing off of kids living with alcoholic parents?,’ one wrote.

‘What was that pitch like? “Hey, you know how some kids have s***y home lives because their parents are alcoholics… wait… what if we just imply that but LOLS no it’s MILK!!”‘

Another added: ‘I like @OatlyUK but the new ads are really bad. Whoever thought making ads that make drinking milk sound like someone with an alcohol problem is an idiot.

‘I found them very belittling to people who actually have alcohol addictions or family members that do. Not cool Oatly.’