Diana Gabaldon’s epic story Outlander focuses on Jamie Fraser (played by Sam Heughan) and his wife Claire (Caitriona Balfe) and their epic love story in 18th century. The couple has survived, war, famine and separation. Throughout it all, their love has remained strong but why did Jamie marry Laoghaire MacKenzie (Nell Hudson)?

Outlander fans were left devastated after couple Jamie and Claire were forced apart by historical events at the end of season two.

Claire went back through the stones and to the 20th century where she was reunited with her first husband Frank Randall (Tobias Menzies).

Her second husband Jamie, who can’t time travel, continued to live in the past and also fought in the Battle of Culloden.

They were separated for two decades as Claire raised their daughter Brianna (Sophie Skelton) and remained living with her estranged husband Frank. 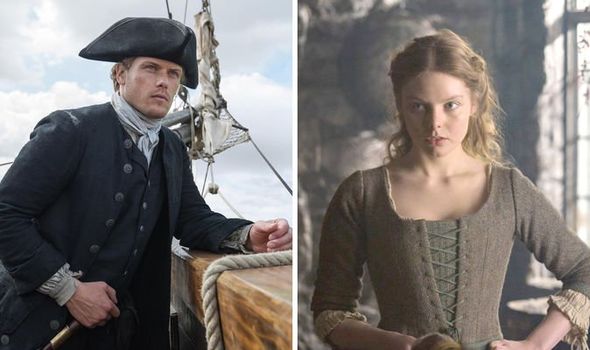 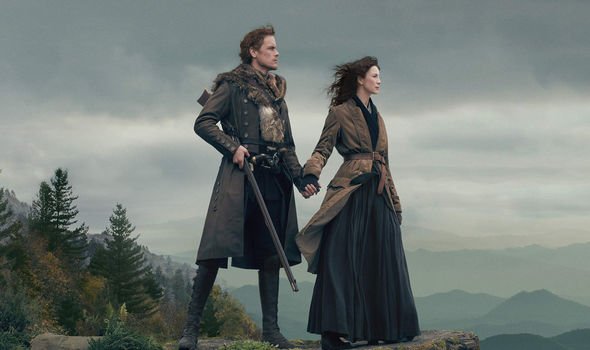 During this time, Jamie was left close to death and bereft without his wife.

However, after some convincing from his sister Jenny Murray (Laura Donnelly), Jamie married Laoghaire.

Sadly, their relationship didn’t work out and before long she moved out with the pair estranged.

Their circumstances mirrored Claire and Frank in the future as both sets of couples were unhappy. 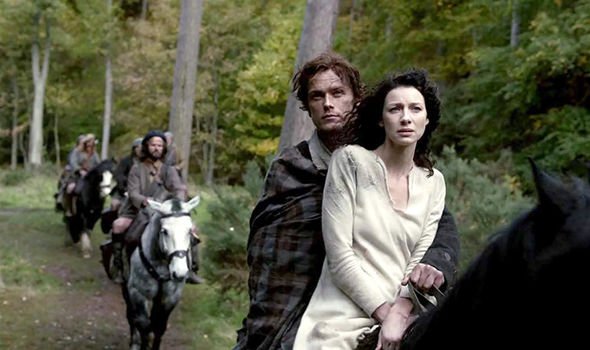 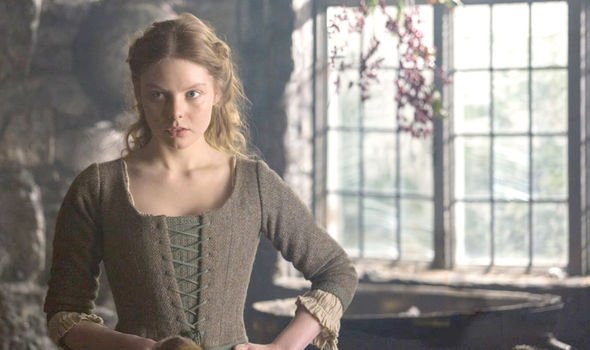 When Claire returned to the past after Frank’s death, she immediately sought Jamie out and the pair came back together again.

Many fans have been wondering why Jamie would even consider marrying Laoghaire in the first place.

Part of the reason Jenny urged Jamie to re-marry was to try and give him some happiness after Claire left a gaping hole in his heart.

Speaking to The Hollywood Reporter back in 2017, Outlander producer Toni Graphia explained the Starz show had a lot more to answer for compared to the novels.

DON’T MISS…
Outlander: Who is dating who? The real-life relationships [INSIGHT]
Outlander: Does Claire Fraser have an affair with Lord John Grey? [ANALYSIS]
Outlander: Who was the inspiration for Jamie Fraser? [EXPLAINER]

In the original source material, Laoghaire gets Claire put on trial for being a witch by sending a note.

But in the TV series, she turns up to testify against Claire, showing just how vindictive she can be.

Laoghaire was jealous and wanted to punish Claire for marrying Jamie in a shock move.

Claire had encouraged Laoghaire to pursue things with Jamie but in a twist, she had ended up wed to him for protection.

Laoghaire had always been in love with Jamie and the pair had some chemistry but the arrival of Claire turned his head.

Graphia explained: “We knew this was going to be a big shock to the audience, and non-book readers would really have trouble understanding why Jamie would marry this woman who had threatened Claire.”

She went on to say: “So that’s why we showed that scene where you see Jamie falling in love with the two young girls and not Laoghaire, because they were so sweet to him during a time when he was really lonely and depressed.

“They brought him out of his shell, and it was the first time he felt happiness again after losing Claire.

“He didn’t even know they were Laoghaire’s daughters and they brought him joy.

“He never got to be a father to Willie [Clark Butler] or Brianna [Sophie Skelton] and wanted a family so he made this match and ultimately it didn’t even work.”

So, it seems Jamie went through with the marriage in a bid to build a life by himself without Claire.

Also, he chose Laoghaire’s daughters rather than her because of his desire to have children and be a father.