Jamie and Claire Fraser have seen their fair share of enemies on Outlander. But the one villain fans love to hate has been noticeably absent for two seasons.

Laoghaire McKenzie, Jamie’s ex-wife, was left behind in Scotland when the Fraser clan adventured into the new world. However, she’s still connected to them through family, which means she could return to the series and possibly make an appearance in season 6. 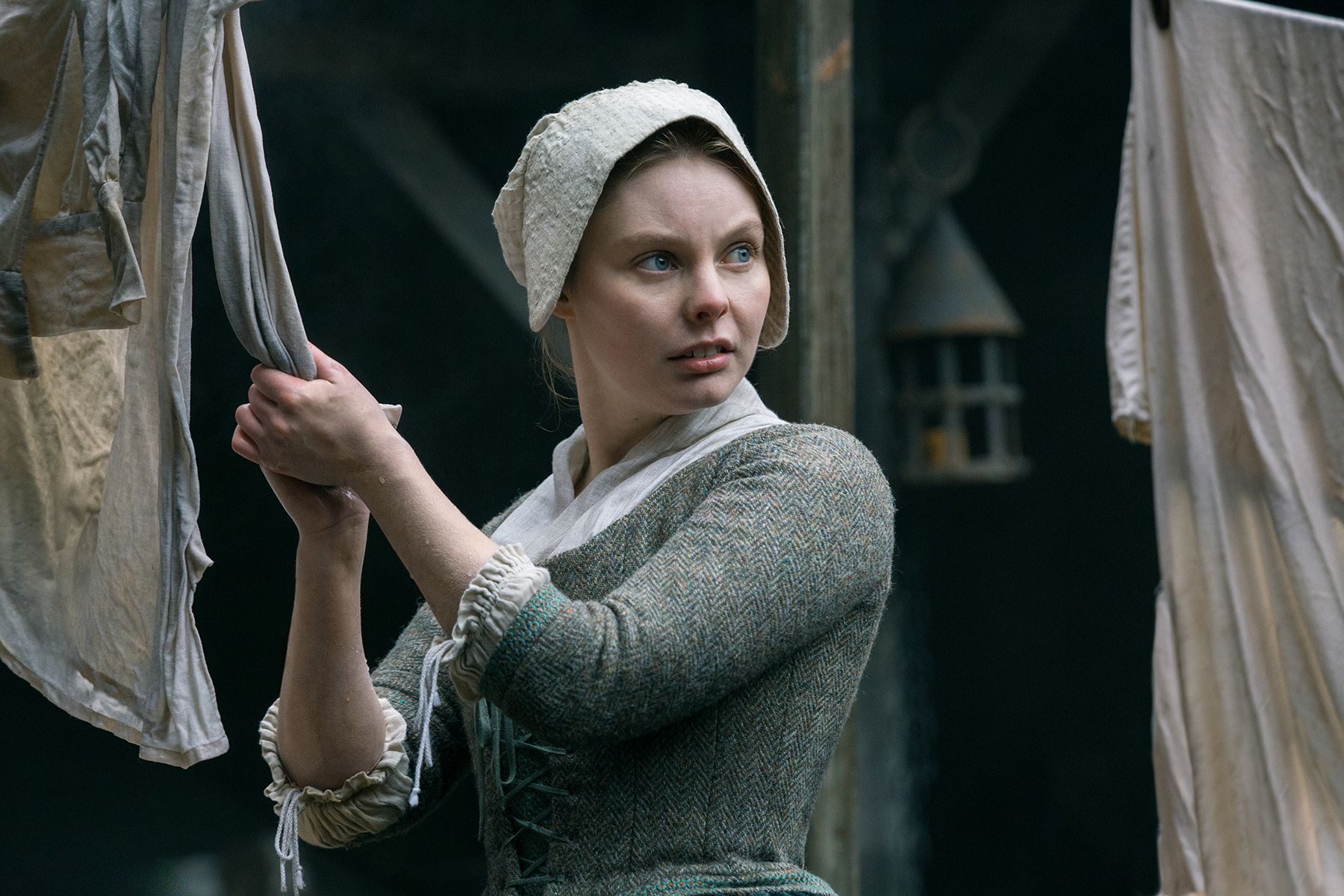 Claire (Caitriona Balfe) and Jamie’s (Sam Heughan) fates are entangled with Laoghaire (Nell Hudson) whether they like it or not. In season 1, seeing Jamie kiss Laoghaire sparked jealousy in Claire, which pushed her into revealing her true feelings for him.

To get Jamie back, Laoghaire accused Claire of witchcraft, had her tried, and nearly killed. In the third season, Claire comes back from the future to learn that Jamie married a twice widowed Laoghaire and adopted her daughters, Marsali (Lauren Lyle) and Joan (Layla Burns).

Laoghaire’s last Outlander appearance came in the season 4 episode, “Down the Rabbit Hole,” in which she finds an injured Brianna and cares for her in her home. Of course, when she discovers Brianna is Claire and Jamie’s daughter, she turns on her and attempts to have her arrested for being a witch.

Laoghaire is still connected to the Frasers

Jamie and Claire may be hundreds of miles away from Laoghaire, but they are still connected to her. Her daughter, Marsali, married Jamie’s adopted son, Fergus (César Domboy), and she lives on Fraser’s Ridge as part of the Fraser family.

Marsali is close to her ex-step father, Jamie. But she’s also very close to Claire. After becoming her apprentice and close confidant, Marsali loves Claire like a mother.

On the show, Marsali has stated she still writes to Laoghaire. So, while Laoghaire isn’t seen, she’s still a part of the Frasers’ lives.

Will Laoghaire be in season 6 of ‘Outlander’?

As most fans know, Outlander is based on Diana Galboldon’s book series of the same name. Season 6 will likely follow the events of the author’s sixth book, A Breath of Snow and Ashes.

The novel continues to follow Claire and Jamie’s life in the Colonies, and Laoghaire, who is still in Scotland, does not make an appearance. But she does resurface in Gabaldon’s seventh book, An Echo In The Bone, when the Frasers travel back to Scotland. So, unless season 6 skips ahead to book seven, Laoghaire may likely not appear on the show until season 7.

When talking to Express.co.uk in 2019, Nell Hudson, the actor who plays Laoghaire, talked about her future on the series. Mentioning her character’s reemergence in book seven and the show’s veering story arcs, she suggested she could easily return.

“Well, I know that Laoghaire comes back in book seven of Outlander and Diana just keeps writing these books,” Hudson said. “So there is a potential — And also, Laoghaire has appeared in a series of Outlander on the television that she wasn’t in the book, so we never know when she’s going to rear her angry head.”