Peaky Blinders’ fifth season has been a grisly affair recently, but tonight’s really served to shock.

Throughout the episode, Linda Shelby (played by Kate Philips) was nowhere to be seen.

However, she arrived at Tommy Shelby’s (Cillian Murphy) mansion seemingly ready for the party.

But it soon became clear as she stood in front of Arthur Shelby (Paul Anderson) that she didn’t come to play.

After pulling a gun out on the gangster, she was shot by Polly Gray (Helen McCrory) before she could do anything stupid.

But in a huge twist, Linda was apparently killed by her husband’s aunt, and was lying on the floor bleeding out.

Nevertheless, fans were horrified by the twist and many flocked to Twitter to comment on what they had seen.

Another added: “Oh my God ..I cant cope with Peaky…my nerves are f**ked! Yes Polly! #PeakyBlinders.”

READ MORE: Peaky Blinders season 5 cast: Who is in the cast? 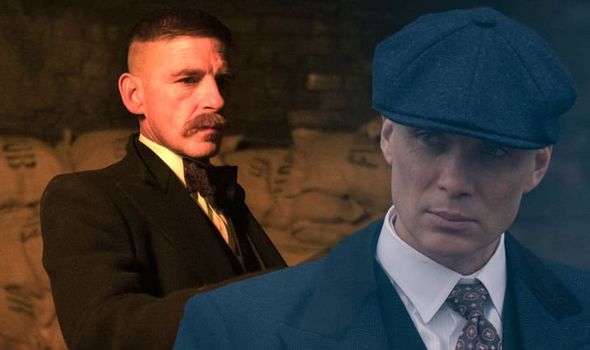 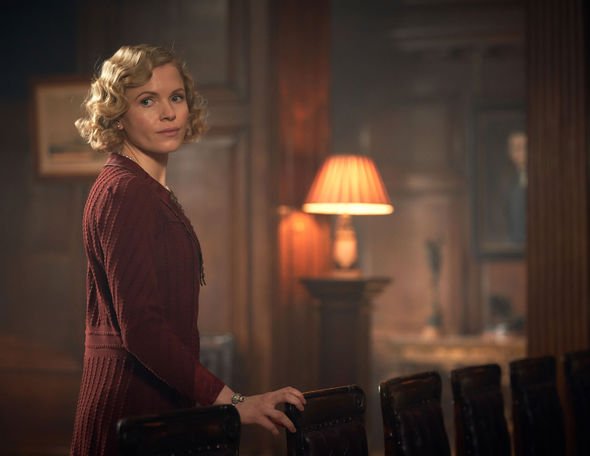 A third shared: “What the actual F**K was that!? hell of an episode.”

A fifth predicted: “ARTHUR IS GOING TO BE SO MAD, I’M SCARED.”

But will Arthur get revenge for the shooting of his wife? And is Linda even dead?

Elsewhere on the episode, Tommy had a rather bizarre request which left him lost for words. 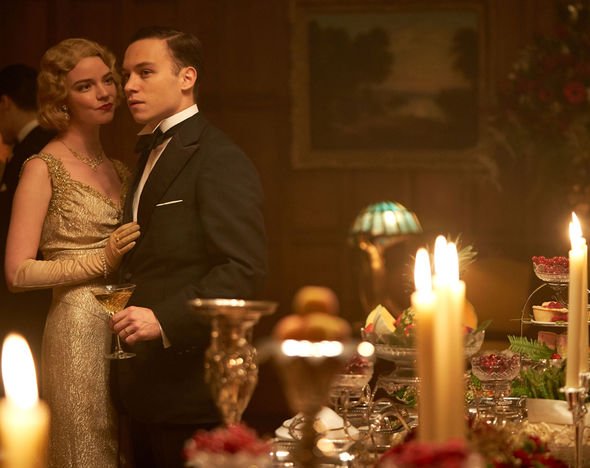 The gang leader met a local lady who was concerned about her husband’s violent behaviour.

Mrs Connors explained: “He went downstairs. He killed them. Strangled them, all three of them.”

However, it became apparent the deaths were of three tiny birds.

Tommy promised Mrs Connors she would replace the animals and also speak to her husband about his behaviour.

Peaky Blinders continues next Sunday on BBC One at 9pm.