Phillip Schofield 's ex-girlfriend has opened up about their relationship, which played out years before he met his wife.

Marika Tautz dated the 58-year-old This Morning presenter 37 years ago, when the two were working in New Zealand.

Phillip moved to the country in his late teens, and landed his big break while presenting the trendy music show Shazam!

Working as a line manager at the time, Marika claimed the two struck up a romance, with their relationship spanning a couple of years.

Speaking about their romance in an interview with Daily Mail, Marika said: "We were an item for a couple of years.

"We got on really well. He was a funny guy, kind, sensitive. He wrote me the most beautiful love letters."

Marika now works as a nurse in the US, and Phillip went on to move back to the UK, eventually marrying his wife Stephanie Lowe in 1993.

Earlier this year, the ITV star came out as gay in a powerful statement, thanking his family and co-star Holly Willoughby for supporting him as he decided to open up about his sexuality.

Reflecting on Phil's announcement, Marika told the publication: "There was probably something underlying but when he was with me I never knew.

"We had a full physical relationship. He was a regular guy, I never suspected anything."

The nurse added it would have been “impossible” for Phil to come out in the early stages of his career, as it could have tragically jeopardised his chances of success.

She said: “If he had, it could have jeopardised it all [his TV career]." 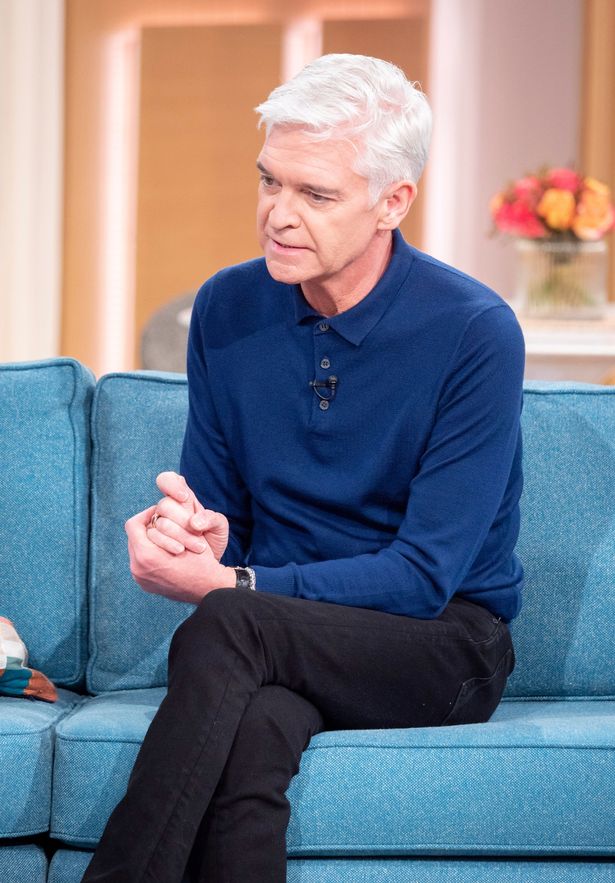 Coming out as gay on an episode of This Morning in February, Phil's statement read: “With the strength and support of my wife and my daughters, I have been coming to terms with the fact that I am gay.

“This is something that has caused many heart-breaking conversations at home. I have been married to Steph for nearly 27 years, and we have two beautiful grown-up daughters, Molly and Ruby.

“My family have held me so close: they have tried to cheer me up, to smother me with kindness and love, despite their own confusion, Yet still I can’t sleep and there have been some very dark moments.”

Phil has signed a deal to release an autobiography, charting the journey of his life, which is set to be titled Life Is What You Make It.

The TV presenter spent the lockdown period putting pen to paper, reflecting on his life.