As if Andy Oliver hadn’t been through enough hell in the last seven episodes, add surviving a deadly car wreck and being abducted by her terrorist father to her list of traumas.

At the end of Pieces of Her‘s penultimate episode, Andy woke up in the same house she grew up in, only she wasn’t alone. Nick Harp was there. Her father. One would assume that with Nick and Andy finally reunited, it wouldn’t take Jane long to crash the party, right? Yep! But did mother and daughter survive their finale confrontation with the man they’ve been hiding from all of these years? Let’s recap Season 1’s final chapter.

Right at the top, Nick calls Jane. She offers to give him what he wants (the cassette recording) and says she’ll never testify, but only if he promises to leave them alone. But Nick still has his sights set on Jasper. They agree to meet at the last place they saw each other. Of course, he sends her a video of the badly injured Andy, so mom’s well aware of the stakes.

Back at the house, Nick claims he heard the car crash and came to help out (suuuure, buddy). He says he did love Jane, but knew that living in hiding wouldn’t have been a good life for his baby girl. He never wanted anyone to die and claims he’s not “the big bad wolf.” Someone had to fight back against Andy’s corrupt grandfather.

Jane arrives to the house, blue suitcase in hand, and Nick greets her on the front steps. He gives her a tender kiss and a warm embrace, then pats her down looking for weapons. He finds none, but takes her keys and phone.

He explains that paramedics took Charlie to the hospital, then they sit down and get to it. He asks her when she knew she was pregnant, and the answer is just before Oslo. He ransacks the suitcase until he finds the small tape. He plays it for Andy, exposing Jasper’s involvement in the Norway shenanigans. 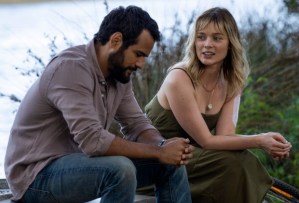 Nick says he didn’t give Grace the gun that killed Martin. He also says he never sent someone to kill Jane; the man was only supposed to bring her to him. The women aren’t buying it and despite her mom’s protest, Andy makes an offensive play, knocking over a gas lamp. The place goes up in flames, as Andy attempts (and fails) to wrestle the gun away from her dad. Jane pulls out a razor and slices Nick with it, which causes him to drop the weapon. Nick flees, but before they make their own escape, Jane finds the gun.

Jane gets the injured Andy outside and bolts into the woods to hunt her prey. She fires a couple of shots and misses, but when she finally catches up to Nick, she hesitates. “What are you waiting for?” he asks. Andy catches up and begs her mom not to fire, and before any more shots can ring into the night, U.S. marshals flood the joint.

The night of horror comes to an end, but they learn that Charlie is, indeed, dead. As Jane prepares to give her testimony, she’s assured Nick will be moved to a supermax prison afterward.

Jasper shows up to talk to Jane, but when she asks him to interfere in the investigation, he bolts. (Oh, has he suddenly grown a conscience after all these years?)

Back in Belle Isle, Andy meets with Michael (he’s alive!), who tells her he’s not there for work. He thanks her for saving his life. She declines his offer of further police protection, and when he asks her out to dinner, she expresses interest, but asks if they can do it when she’s “a little more…” — she trails off.

We cut to Jane emptying her closet and stuffing everything she owns into a garbage bag. “Nothing sparks joy?” Andy quips. The women finally sit down to talk about WTF just happened. Jane admits to frequently feeling rage, which Andy says made her feel like she did something wrong. It seems Jane really wanted to kill Nick once and for all, and might be a little peeved that Andy stopped her in her tracks. 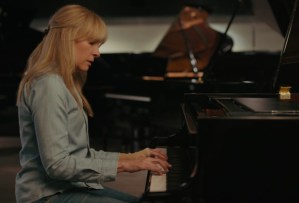 In an attempt to reclaim a bit of her old self, Jane goes shopping for a piano. She sits down at a Bösendorfer and starts to play, which seems both cathartic and difficult for her. (She’s got chops though, especially for not having played in 30 years.)

In another flashback, a young Jane sits next to Grace at a bar. She says her dad tried to drug her and hurt the baby. We then learn it was actually Jane who gave Grace the loaded weapon. “I’m afraid of him. He’ll take her from me. He takes everything.”

In the present, Andy has nightmares of what happened in Oslo. She calls Michael and inquires about Grace Juno. Michael says Nick put the gun in Grace’s hand, but after reviewing the footage, Andy can see that Jane and Grace switched bags that day, and that’s why Jane is still so paranoid about Nick.

Jane’s phone rings. It’s Jasper. He says there will be an announcement soon that he’s officially a running mate for the election. And Nick filled him in on what she did in Oslo. “I’ve never understood you, Jane, but we’re family,” he says. “I can keep him quiet.” She asks him what he wants and he says he’ll be in touch.

Andy goes to check on her mom, but the bed is made. The room, empty. Andy runs down to the beach and finds her mom standing at the water’s edge. Andy says she thought her mom had gone. They look out into the ocean together before setting out for a walk.

Was it a satisfying end? Grade the finale and season below, then let us know what you thought by dropping some comments.